by Aisha Yusuff in Lifestyle on 30th September, 2021 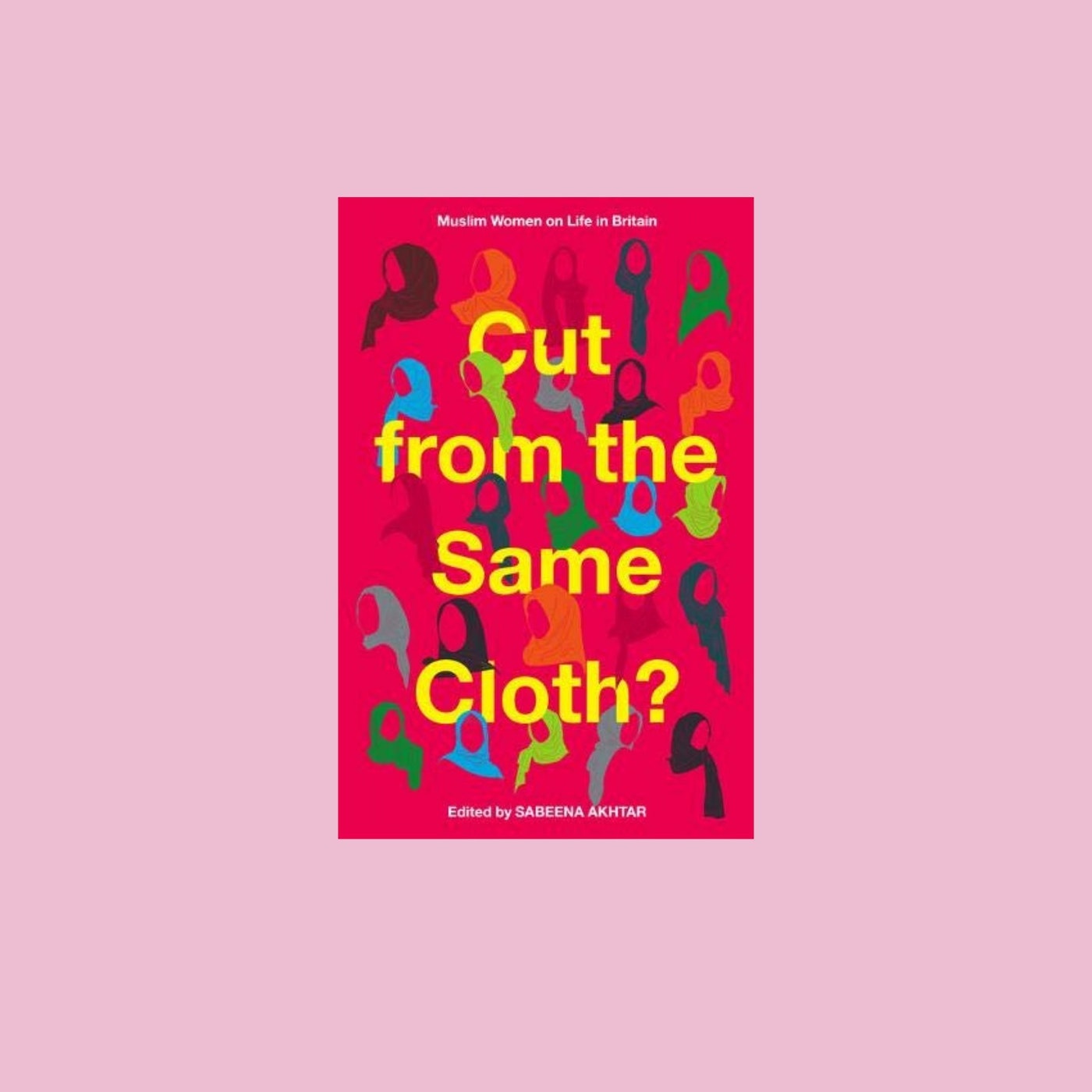 It is not unfamiliar to find Tiktok videos and Instagram reels of Muslim women giving cheeky responses to many ridiculous questions they get for simply being Muslim. Well, Cut from the Same Cloth? is an anthology of 20 essays by British Muslim women (edited by Sabeena Akhtar) doing the same thing with their pens!

Many of the essays have a central theme of questioning, instead of answering – a big plot twist that we absolutely stan.

The women, through their writing, pose questions instead of scrambling to find answers that appease bigots (while probing the norms within Muslim communities and the larger societies). This theme of ‘questioning’ justifies the question mark behind the title (Cut from the Same Cloth?), and in the end, all the essays answer a fervent NO to this question. Before reading this collection, I spoke to one of the contributors, Sofia Rehman, who mentioned that the writers were not given any writing prompts. So, the fact that the essays sent in had this similar theme is a testament to how Muslim women, while not cut from the same cloth, are somewhat uniform in their heterogeneity. They proclaim their individuality fiercely while dismissing stereotypes, and they unify under the banner of Islam to execute this mission.

When I placed Rumana Lasker Dawood’s Growing into Hijab beside Suhaiymah Manzoor-Khan’s I am Not an Answer, I am the question, the diversity in Muslim women’s thoughts could not be more apparent. Dawood’s essay glimpses at her experiences as a hijabi doctor. She also examines how the media and society erase her artistic skills when she is chosen for a sewing contest TV show – the self-doubt that seeps in when she starts to question whether diversity was the only reason she was chosen. At the end of her essay, Dawood decides that the best way to combat stereotypes is to be aware of them and work hard to be the opposite of what people expect. However, Manzoor-Khan declares that breaking stereotypes is the most obvious way that Muslim women answer other people’s questions and that this does nothing but waste our time. So, she will ‘no longer place value on disproving other people’s assumptions. These women have varying but equally valid viewpoints highlighting how varied Muslim women are in their opinions of issues that affect them similarly.

Many collections of Muslim writings in diverse countries, like Britain, avoid broaching the rampant issue of anti-blackness in our Ummah.

However, Cut from the Same Cloth? took on that challenge, with contributions from different writers who are Black in different ways. This brings much needed nuances to the issue of anti-blackness and how layered it is. For instance, Khadijah Rotimi’s Racial Perception examines how we view interraciality (when it is African and South Asian) and how colourist mentalities from home continents impact the perception of individuals from these unions in western immigrant societies. Aisha Mohamed’s Hidden unpacks the impacts of western narratives of colonialism on how descendants of African immigrants in Britain view themselves and the continent in general. Her essay is soaked in a challenging question: why do you think everything they told us about Africa is true? She draws on several analogies to drive home her point. For example, the current maps that use Mercator projection (when the Galls-Peters projection is a more accurate depiction of the sizes of countries); and the French historians that paint Toussaint L’Ouverture and the Haitian revolution in an unflattering light. In that same light, Negla Abdalla’s Dirty Melanin, Precious Melanin: Bilal was Black examines the representation of Muslim women in Muslim communities and mainstream media along racial and colour lines. While I disagree with some of her points in this essay, this topic is undoubtedly significant, and I appreciate the many conclusions she draws as well as the advice she gives.

No gathering of Muslim women writing is complete without acknowledging the effects of patriarchy and misogyny (justified using Islam) in the community.

Many of the essays briefly touch on this theme in-depth. Sofia Rehman’s The Gift of Second Sight explores the story behind a Quran chapter (Surah al-Mujadilah), its themes of female liberation, and lessons that women, men, and the wider community can take away from it. In Smile, the editor, Sabeena Akhtar, examines the multiple battles and policing that Muslim women face: from the state, the upholder of patriarchy, feminists, and men – Akhtar concludes with a sweet reminder to Muslim women to always find comfort in the Quran, and not lose sight of the deen in the fight against Islamophobia. In Covid-19 and Recalibrating my Ramadan Reality, Khadijah Elshayyal shows how she uses the insensitive comments from Muslim men to recalibrate her relationship with Ramadhan. Elshayyal also explores what we mean when we claim to maximise the benefits of the month as Muslims. Lastly, in her essay, Riot, Write, Rest: On Writing as a Muslimah, that examines how her writing connects her to her faith, Sumaya Kassim even boldly substitute the pronoun ‘Him’ for ‘Them’ when referring to Allah SWT: I am aware that this topic is controversial, but I cannot help but admire how cool it is that she makes this switch without offering any explanation!

Other social issues that affect British Muslim women found expressive spaces in this collection. For example, Shaista Aziz, in conversation with Zahra Adams, gifts us a Grenfell narrative that is uncommon (in how it details the encounter of a White revert with the vileness of structural racism that is seasoned with xenophobia and Islamophobia). Aziz and Adam’s voices blend seamlessly to create this sad and brilliant account of that tragedy – may the departed souls find endless light and tranquillity in their graves. Sophie Williams’ On Therapy and Suma Din’s A Cartography of Motherhood intersect in how they examine the effect of the Prevent training on their mental health and mothering. Williams paints a vivid picture of how the Prevent stifles her voice in spaces that are supposed to be safe for her and her mental health—I find it interesting that she draws the connection between her mental health and the constant anxiety that a professional will report her to Prevent, and her kids will be separated from her. In other words, systemic Islamophobia robs her of her mental wellbeing and voice – literally! Similarly, Din explores mothering like a map, particularly zeroing in on how she handled prejudices while raising her kids in British society.

These essays that I have highlighted are incentives enough to pick up this collection ASAP!

Cut from the Same Cloth? does not claim to answer all the questions you may have for and about British Muslim Women, but it answers the first vital question with a vehement ‘no’ and then unravel other intricacies that will, hopefully, answer more questions without needing to scramble for answers.

How We Produced an Award Winning Podcast at Amaliah