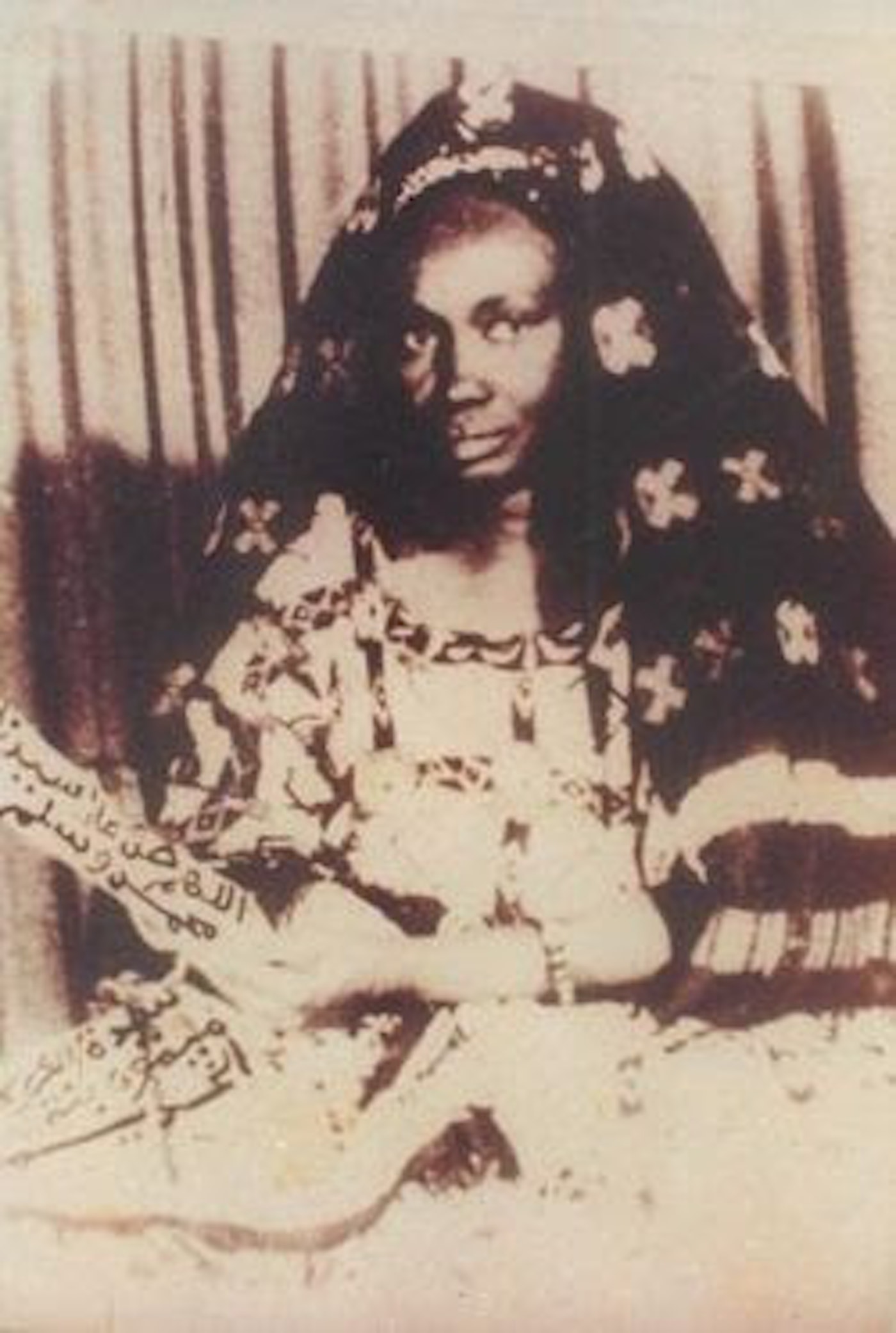 Black Muslims have Islamic heritage all over the world. From East to West Africa, the Caribbean and both North and South America. There’s the Mali empire of the 13th century, the Maroons of Jamaica in the 17th century, all the way through to the role Black Muslims played in the US Civil Rights Movement.

From Ella Little-Collins who funded Malcolm X’s historical Hajj trip to Barakah bint Tha’alaba who was one of the first few women to accept Islam and Queen Amina, a warrior queen, here are the work and stories of 7 Black Muslim women who have shaped their local communities, Islamic history and the world as a whole.

Barakah bint Tha’alaba, also known as Umm Ayman, was one of the first women to accept Islam after Muhammad ﷺ declared Prophethood and she was one of the closest and most trusted people to the Prophet ﷺ. Prophet Muhammad considered Barakah as his second mother and introduced her to everyone as “my mother after my mother.”

She was originally from Abyssinia (modern-day Ethiopia) and was enslaved before Islam. She was living in the household of Abdullah ibn Abdul-Muttalib and Aminah bint Wahb, Prophet Muhammad’s ﷺ parents. When the Prophet ﷺ married Khadijah (RA), he arranged for her freedom from enslavement.

During her marriage to Ubayd ibn Zaid, she bore a son named Ayman, from which her namesake originates. After her husband passed away she continued to live with Prophet Muhammad ﷺ and Khadijah (RA). She took part in the battle of Uhud, fetching water for the soldiers and treating the injured, and standing her ground when rumours of the Prophet’s ﷺ death spread.

Baraka was the only person by the side of the Prophet ﷺ his entire life, from his birth to his death. He loved and trusted her, and constantly sought her advice. She is buried in the Baqi’ graveyard right next to the mosque of the Prophet ﷺ.

Queen Amina of Zaria was a Hausa warrior queen based in the North-West region of modern-day Nigeria. She was born in 1533 in Zaria to a ruler called Bakwa.

During her father’s reign, Amina was fascinated by warfare and participated in extensive military training with the warriors of the Zazzau cavalry. After the death of her father, Amina’s brother ruled for ten years. In 1576 after gaining the respect of her army and maturing into a tough warrior, her brother died and Amina assumed reign. She commanded an army of 20,000-foot soldiers and 1,000 cavalry troops. During her reign, Amina brought a great amount of wealth to the land. She introduced metal armour to her army and also designed strong earthen walls around the city, which provided physical security and protection.

A mere three months after becoming queen she become involved in a successful campaign against her neighbours to expand Zazzau territory in both the South and the West, where she expanded her territory into land that had never previously been conquered.

Her reign as a queen lasted for 34 years, but she is still celebrated today in traditional Hausa praise songs as “Amina daughter of Nikatau, a woman as capable as a man that was able to lead men to war.”

3. Nanny of the Maroons

Nanny of the Maroons was a leader, military tactician and strategist of the Jamaican Maroons. According to oral tradition, her real name was Sarah. Some accounts state she was never enslaved, other accounts say she was a former slave that escaped after her arrival in Jamaica.Nanny was a highly-skilled organiser and her meticulous skills and planning were said to have led to the freedom of more than 1,000 enslaved people, later helping them to resettle within the Maroon community. She led a group of previously enslaved Africans called the Windward Maroons. Enslaved Africans fled the plantations where they were held to seek refuge in the mountains of Jamaica, and formed new communities there.

With Nanny as the leader, the Windward Maroons engaged in a guerilla war against the British. This was known as the First Maroon War and it lasted for many years. Nanny’s adeptness in military tactics meant that the Maroons were unable to be defeated. Their win led to the signing of a treaty in 1740, which granted The Windward Maroons 500 acres of land, and guaranteed freedom.

Nana Asma’u was a scholar, poet, author and teacher. She was born in modern-day northern Nigeria in the 19th century and was the daughter of Shehu Usman dan Fodio, the founder of the Sokoto Caliphate.

Asma’u spoke four languages: Arabic, Fulfulde, Hausa, and Tamachek. She was a strong advocate for women’s education throughout her life, establishing the yan-taru (the associates or disciples), an organisation of female teachers travelling to rural areas to improve Hausa women’s education. She was also a poet, and wrote her poems in three languages which are read, memorised, and recited to this day.

Asma’u’s passion for educating others was not restricted to women; many men were taught by her and attended her schools. She was a respected scholar with international credibility, part of a larger network of scholars throughout the Muslim world.

Mame Asta was also a Shaykha in the Tijani spiritual path and she played an important role in the famous Sufi master’s, Shaykh Ahmad Bamba, spiritual development,
encouraging in him a passion for dhikr and seclusion from a young age. As a result, she is credited with forming the backbone of the mass social and religious
Muridiya movement in Senegal.

Shaykha Maimouna al-Kabir memorised the Qur’an at a young age before becoming a scholar. She also wrote around twenty copies from memory, offering them as a gift to her father, Shaykh Ahmad Bamba.

Maimouna’s love for the Qur’an continued throughout her life and in her later years, she founded her own mosque and madrassa, attended by thousands of students.

She became known for her gatherings on the night of the 27th night of Ramadan where she would feed all the guests who attended and hosted Qur’an recitations during the event.

Ella Little-Collins grew up in the American south. She was a successful businesswoman involved in property investment in Boston and New York. for She was also the elder sister of Malcolm X through their father and embraced orthodox Islam after leaving the Nation of Islam.

Ella was determined to nurture Malcolm X’s potential and invited him to live with her from the ages of 14 – 21. She was described as being a mother figure to him and funded his historical Hajj trip to Makkah. Malcolm remarked that she was “The first really proud Black woman I had ever seen.”

Ella was passionately involved in education and community projects and was a prominent civil rights activist. She strongly believed in Black Americans establishing their own agency through gaining financial freedom.

10 Books to Understand How Islamophobia Became a Global Industry