Demolish or Refurbish? Why Council Estate Regenerations Are Being Rejected by London’s Tenants 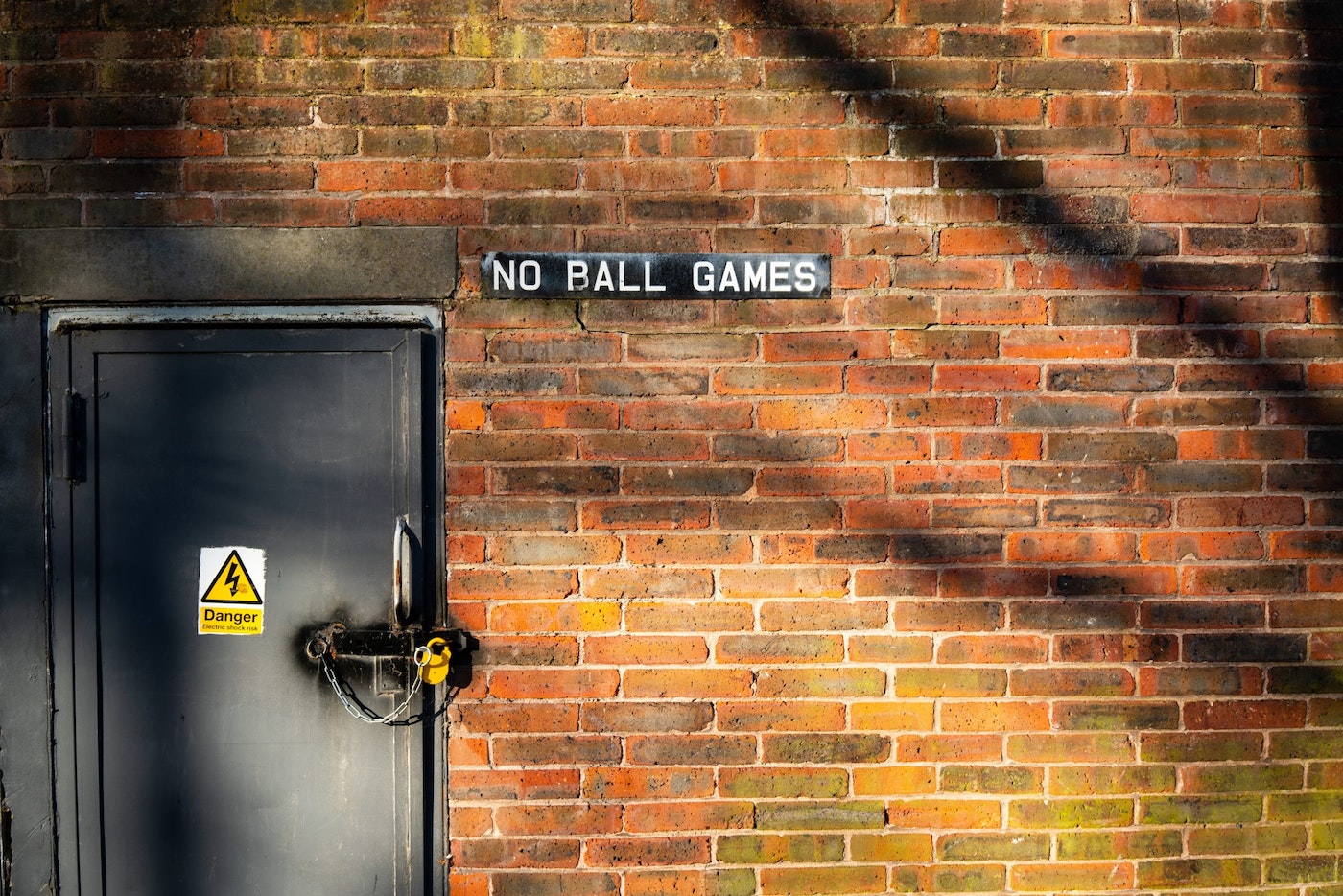 Picture this. You move out of your home only to be placed in temporary housing, to then return to a new home with higher bills. This has been the reality for many people across London today.

Over the years, council and housing association-owned homes all over London have been picked to receive a long-overdue “makeover” as if many homes were running on expiry dates, rotting and not fit for purpose. Many families are still being uprooted due to low numbers of quality homes built back in Thatcher’s reign in the 1980s. Though ‘the Housing Act 1988’ offered social housing tenants the right to buy, rising prices today have made it near impossible to purchase a home in London without incurring lifelong debt.

Ultimately, social housing is increasing but not for the right reasons. Due to the high demand for more social housing, the supply has equally subsided.

Gentrification has also taken centre stage causing many changes which affect the pockets of those who were raised in places they can no longer afford to live in.

Why are many residents resisting demolition, and rather vehemently rejecting their homes being redeveloped for free? According to the Mayor of London, over 30,000 homes in the past decade have been successfully “regenerated”. Yet up to 8,000 social homes have also been lost to the private housing market which has added to the social housing crisis all over London.

To examine the very terms ‘regeneration’ and ‘makeover’, insinuates the needed formation of something new, something better. These terms reflect a shared understanding that evolution is necessary and needed by tenants who live in these homes and the council.

It inadvertently reinstates the idea that councils are aware of the current state of many homes, yet what is being offered is not always reflective of the reality of what marginalized communities are experiencing on the ground.

Let’s be clear. Receiving a newly decorated home is a great incentive when all you are asked to do in return is to simply give your approval for it to go ahead. But it seems trusting your local council could come back and hit you where it hurts. Contractors and private development partners together with local councils become very powerful, more powerful than many uninvolved tenants are aware of. In the specific case of a large council estate located in Brent, Wembley (led by a Labour council), tenants were informed of an upcoming regeneration in 2020.

In an appraisal report, it was stated that the purpose of regenerating this particular North West London estate is to improve life on the estate. But the question is whose life does the report refer to?  If the pending redevelopment goes through, the advantage goes to those who will be receiving increased rent payments, and hundreds of thousands of pounds for the sale of newly built homes, not necessarily to the original tenants.

It seems the same greed that built Grenfell Tower’s twenty-four floors with negligence and disregard for human life are still leading many of the decisions regarding social housing today.

There are clear positives which come out of living on an estate, though the powers that be may disagree. Mother, Samira Omer enjoyed her varied experience living and growing up on an estate as a child. ‘‘The mention of social housing, particularly council estates, usually evokes sensationalized stereotypes around crime and poverty and whilst that can be true, my positive experiences far outweighed any negatives. I think being exposed to a diverse range of people who faced all sorts of challenges helped open my eyes to different lifestyles and cultures and that proves that they can co-exist. What is beautiful about living on an estate is that despite those differences, there is a strong sense of community and belonging. I’ve made some of my best friends on a council estate and I believe that our humble beginnings really inspired us to work harder to achieve our lofty goals.’’

Previously a housing officer, Muna Ahmed says ‘‘growing up on a council estate was amazing back in the nineties and I have some amazing memories. All the local neighbours knew one another. I remember playing outside on the estate with my friends and other kids. There was no real anti-social behaviour which I noticed. They had loads of resources and activities for the kids and a youth club for the older kids.’’ Positive experiences of being raised on an estate are too often ignored in favour of amplifying narratives that demonize those that live there.

Socio-economically, there is an assumption by Brent council for example, that the Wembley regeneration will prompt a ‘‘clean, crime-free neighborhood’’, that these programmes will somehow create a ‘thriving’ environment, as if the crime they refer to will instantly flee as soon as the grittiness of this urban, North West London estate has been cleaned up with cash.

Cleanliness and crime are used hand in hand, a cliché and an agenda councils around London have used before to push through regenerations in the past. In Camden last year, a regeneration ballot was rejected by residents simply due to no clear answer on how much social housing would be available to them once the regeneration was completed.

Council reports on regeneration often use irrelevant statistics to trick tenants into submission. Facts on poverty levels and crime rates, for example, mean nothing if not made clear against what is being measured.

To use a tone of shock and exceptional distaste by using statistics taken out of context, can make tenants raise eyebrows as they determine their very lives on paper as portrayed by those in power. Fatima Omer recalls ‘‘I loved my childhood and have a lot of fond memories growing up on a council estate but there are certain experiences that were not so great. When the plans to regenerate were proposed, I was excited and thought it couldn’t happen sooner. It definitely had a positive impact for me. It provided my family with a more comfortable living space and improved the neighbourhood.’’

Of course, crime does take place on council estates, but to falsely present regeneration as the cure to an issue that pre-dates the existence of these estates is a cynical attempt by councils to forgo their responsibility and to deal with the root causes.

This responsibility ultimately becomes a test of judgment which council tenants are being asked to pick between two false binary choices. In essence, what they are being asked is, do you want to live in a place crippled with police presence and blue lights constantly? Do you want to save your sons? It’s these negative stereotypes that ascertain that a council’s intention may not be to improve life for council tenants, rather that they are trying to control and manage populations by picking and choosing which groups they want in the area.

Diverting attention is key for councils to justify demolition of current housing developments. Part ownership is advertised as worthwhile, and there’s a general idea being pushed that building new properties will reduce council waiting lists, which is untrue. Wandsworth council, for example, have made it clear that even if you qualify, you will wait several years to be offered social housing. Due to the London housing crisis, there is a huge failure to provide against the demand for social housing. Estate regeneration is buying into council tenants’ fears and hopes that giving up their home will provide a forever home, for themselves and many, many others.

The claim to begin with is often that it’s too expensive to refurbish council estates, but many of these estates which are being knocked down are structurally sound. Furthermore, they are sometimes referred to as “affordable” homes, when in actuality, they are not.

Tenants are usually paying the majority of their income towards rent and council tax bills, a dizzying ploy to keep these tenants struggling to make ends meet, barely leaving any room to save, thrive and eventually pushing them out of the areas they grew up in. Building genuinely affordable housing now seems to mean we must question what in fact is affordable.

But an alternative solution is possible, one that meets the needs of tenants on council estates and makes their homes liveable and affordable without forcing them out.  In 2019, Mile End estate in Tower Hamlets added 142 homes without demolishing previous homes which shows councils can alter former plans in estates with underused spaces while refurbishing current council homes.

Unless local councils begin treating residents as equals, we will continue to see a rise in the rejection of regeneration programmes.

Residents need to be clear about how regeneration programmes will affect their living situation, livelihood and the future of their community. This can only be achieved if local councils are transparent about the reality of regeneration and actively engage and involve residents in the decision-making process, making clear that their involvement is the difference between demolishing and refurbishing their lives.