by Suad Kamardeen in Identity on 9th February, 2022 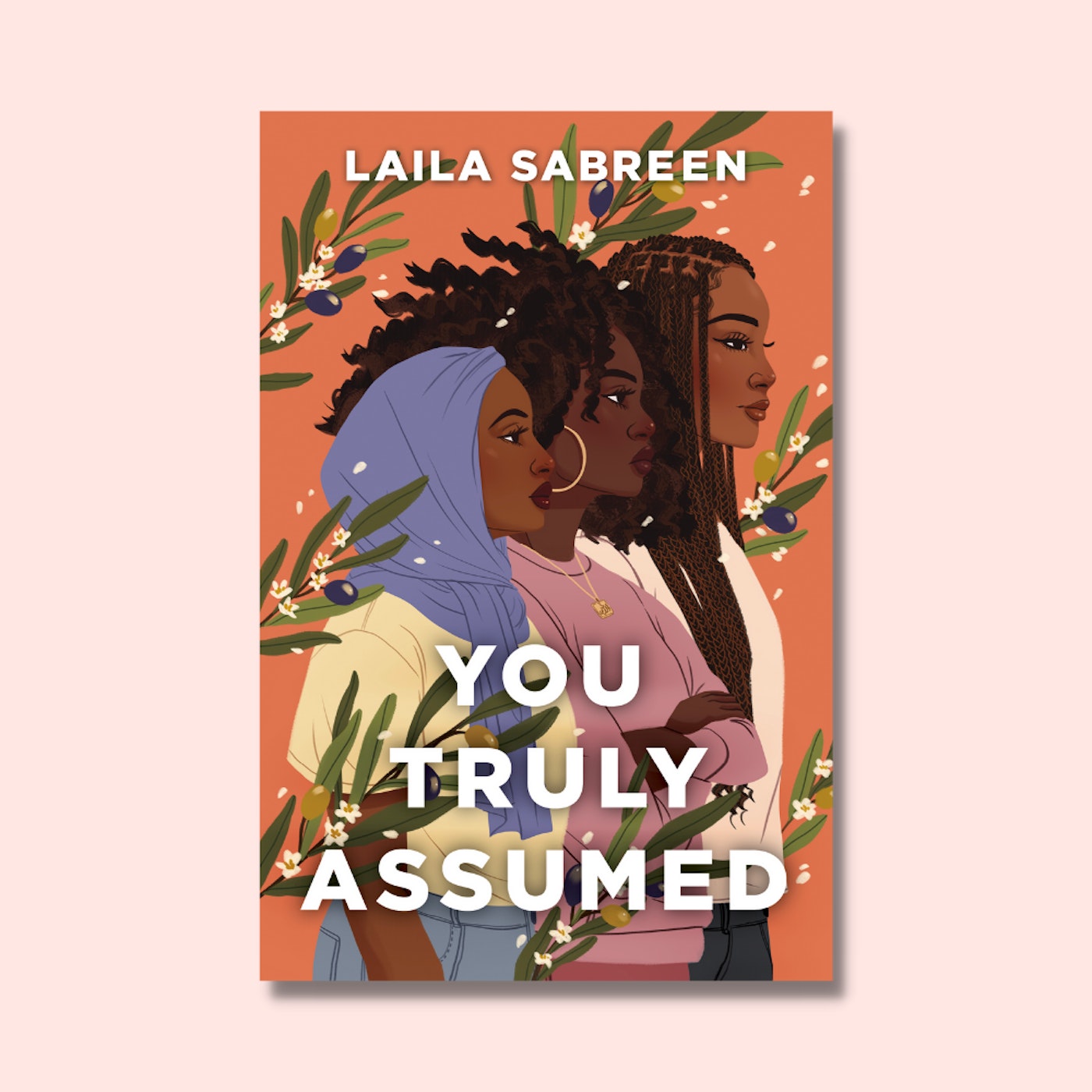 It’s 2017 and the UK is reeling from the aftermath of the horrific Manchester bombings. I remember hearing about the news of the attack and staying up all night, thinking about the victims and following all the updates about them. When the identity of the bomber emerged, I dreaded going to work the next morning. As the only visibly Muslim woman in my department, I thought about what would be going through people’s minds, but I shook off the thoughts and convinced myself it won’t be so bad. Not long after I arrived at work, a colleague who I’d been working with for almost a year and who proclaimed I was “one of the nicest people he’d ever met” acted with intense hostility towards me. He too had been following the news and decided his reaction was befitting because of “what I represent” as a visibly Muslim woman. It took another colleague telling him “You know it’s not Suad that killed them?” for him to back down, but he never apologised.

When incidents such as this occur, the media immediately jumps in with a one-sided narrative, sensationalism and stereotypes, and rarely are we given a chance to share our perspective. That’s what drew my attention to You Truly Assumed, a debut novel by author Laila Sabreen that completely flips the script and shows us what it’s like to be on the receiving end of that scrutiny, and how it affects marginalised individuals and communities alike. Set in the aftermath of a terrorist attack in a train station in Washington D.C., the novel is a coming of age story which follows three Muslim girls, Sabriya, Zakat and Farah, as they create an online space where they can “shatter assumptions and share their truths” as the terror attack continues to rock the country and gives rise to several Islamophobic incidents.

When the attack happens, the media announces the name of the suspect – Hakeem Waters –, and Sabriya’s reaction echoes the reaction of most Muslims in the West in situations like this, “I send a silent plea that they aren’t [Muslim] because if it turns out that they are, then the consequences of their actions will be put on Muslims across the country.” However, before we find out that the terrorist is not Muslim, his name is taken as confirmation of his Islamic identity. It doesn’t matter that there are lots of non-Muslims with Arabic names, the Muslims in the country are on the receiving end of the backlash from this attack. Fear and prejudice are an ugly mix that often leads people to commit irrational and dangerous actions.

Although this book addresses serious themes of Islamophobia, racism and online harassment, family and friendship remain at the core of the story. It shows us how far we can go when we have a strong support system, and we are made to feel loved and encouraged. We learn that with the struggle of vulnerability comes freedom and joy. All three girls are forced out of their comfort zones, and they are open to change because of the support they have. Sometimes they carry too much for fear of being a burden to others or disappointing others. But they also come to learn that there are people who will always be in their corner.

Through the unique experiences of these three girls, You Truly Assumed explores the intersectionality of being a Black Muslim woman, showing us that there are many ways to be Black and Muslim. Sabriya’s blog, You Truly Assumed (where the book gets its title from), which starts off as a personal platform to express her emotions and feelings is eventually the tie that brings the girls from three different states in the U.S. together, particularly on their collective mission to create a safe space for people like them. Although they never physically meet in the story, their bonds grow as the narrative progresses, and they form a beautiful and supportive sisterhood. We are reminded of the power of feeling seen, heard, connected, and no longer feeling alone in one’s struggle of not being Black-enough or Muslim-enough. Beautiful things happen when we put ourselves out there. Vulnerability always comes with a price, but it’s always worth it.

What makes You Truly Assumed a particularly good read is that all of the main characters are relatable. They have goals, dreams, challenges and flaws beyond the story of Islamophobia, and they are all trying to navigate life while dealing with the struggle of being accepted as their full selves. With Sabriya, who is from an interfaith home, it’s the struggle of being one of two black girls in her ballet class, and constantly having to prove her worth. The attack throws her carefully thought out summer plans into disarray, and she has to learn to find a balance between being a meticulous planner while adapting to the curveballs life can throw at us.

I love that this story centres the importance of collective action, which is an essential aspect of Islam. We are constantly reminded in the Qur’an and sunnah to work together and look out for one another if we want to go far. Through her journey, we are reminded that we plan and Allah plans, and He is the best of planners. When life gets tough, Sabriya reminds herself, “I anchor my soul on verse 3:103, that if I keep holding on, Allah will keep holding me up.” She strives to live by this lesson, and with the support of all those around her, she keeps going regardless of threats and takes action when letting go would’ve been easier.

Meanwhile, the other main character Zakat attends a Muslim school in a small city she’s lived in all of her life which feels like a safe haven, but also a bubble. She’s torn between staying in her home city or leaving to explore the world beyond the community she has grown up in and always known. Her parents are very protective of her, especially as she’s the only child, and she struggles with finding the balance between pleasing them and choosing what’s best for her without breaking their trust. The threat to her community as a result of the bombing pushes her out of her comfort zone as she does all she can to protect the home she’s always known. But she also learns the power of forgiveness, as the weight of a burden from a past Islamophobic incident is lifted off her shoulders. Her sisterhood with Sabriya and Farah gives her the courage to confront the menace in her community.

Finally, we meet Farah who is risk-averse. Her dad left when she was little, and she has a deep-seated fear of being let down. She avoids anything that could potentially cause her pain. When her father asks her to visit him and his new family for a chance to be in her life again, although sceptical, she decides to give it a go with the support of her mum and boyfriend. At first, she’s determined to not open herself up, but the kindness of her siblings throws her off and she finds herself reciprocating their welcoming behaviour. She meets a girl whose friend was killed during an Islamophobic attack at their mosque after the bombing and is planning a peaceful march for her. Farah shares her plan to attend the march with her family, her step-sister asks to accompany her, but her step-mum refuses. Farah chooses to do what’s right even if it means enlisting the help of her father and giving him another chance.

The work of activism or living, in general, can sometimes be exhausting, and it’s alright to take a break, rest, heal, recharge and come back stronger. But we must never let anyone dim our light. This message is explored beautifully in one of my favourite moments in the novel when Sabriya reflects on a hateful comment she received on her blog that says “This blog isn’t going to change anything. Complete waste of time. Don’t know what dreams y’all have but y’all might want to let those go.”

Sabriya responds by  comparing dreams to plants and reminds her community of readers that it’s okay to protect your dreams, to “…share it with those who you trust to prune it and water it when you don’t think you can make it grow anymore.” It takes bravery and immense courage to put yourself out there, and to stand up for what’s right, especially when all odds are against you. However, it only takes one person speaking up to spur change and action. This is an important message that will resonate with many in our day and age who feel helpless or overwhelmed to enact any change. As Sabriya’s sister says, “Sis, I think you may have started a revolution.”.

Sabreen writes her characters with such grace, that even at their lowest and most difficult moments, we remain hopeful. However, there are a few things I would’ve loved to see explored in the book, particularly concerning the growth of the characters. For example, I wonder if the relationship between Zakat and her parents would have matured after seeing her handle the difficult situation she found herself in? While having an incredible support system is essential, there are times when we need to learn to go at it on our own. In reality, we hit the bottom and then growth comes, but with the journey that the three girls take in the novel, it sometimes feels like they never really reach the bottom before they are saved, and their actions become almost predictable. That said, the story remains a wholesome one, and I finished it with all smiles, feeling like I’ve known Sabriya, Zakat and Farah all their lives.

Suad Kamardeen is a British-Nigerian Muslim writer. She loves to use her writing to show the diversity present in the world and the many different ways in which people live their lives. Her writing is fuelled by her desire to impact people’s lives positively, especially through storytelling. In 2017, she co-authored a book titled Soulful Stories: of Hope, Love and Light, a compilation of short stories by Muslim individuals from all walks of life. Her adult novel-in-progress was recently shortlisted for Stylist Magazine's Prize for Feminist Fiction 2021, and her young adult novel-in-progress made the shortlist for the FAB Prize in 2021. She co-hosts the Bookversations podcast with Mahmoudat where they have reflective conversations inspired by books. You can find her at suadkamardeen.squarespace.com