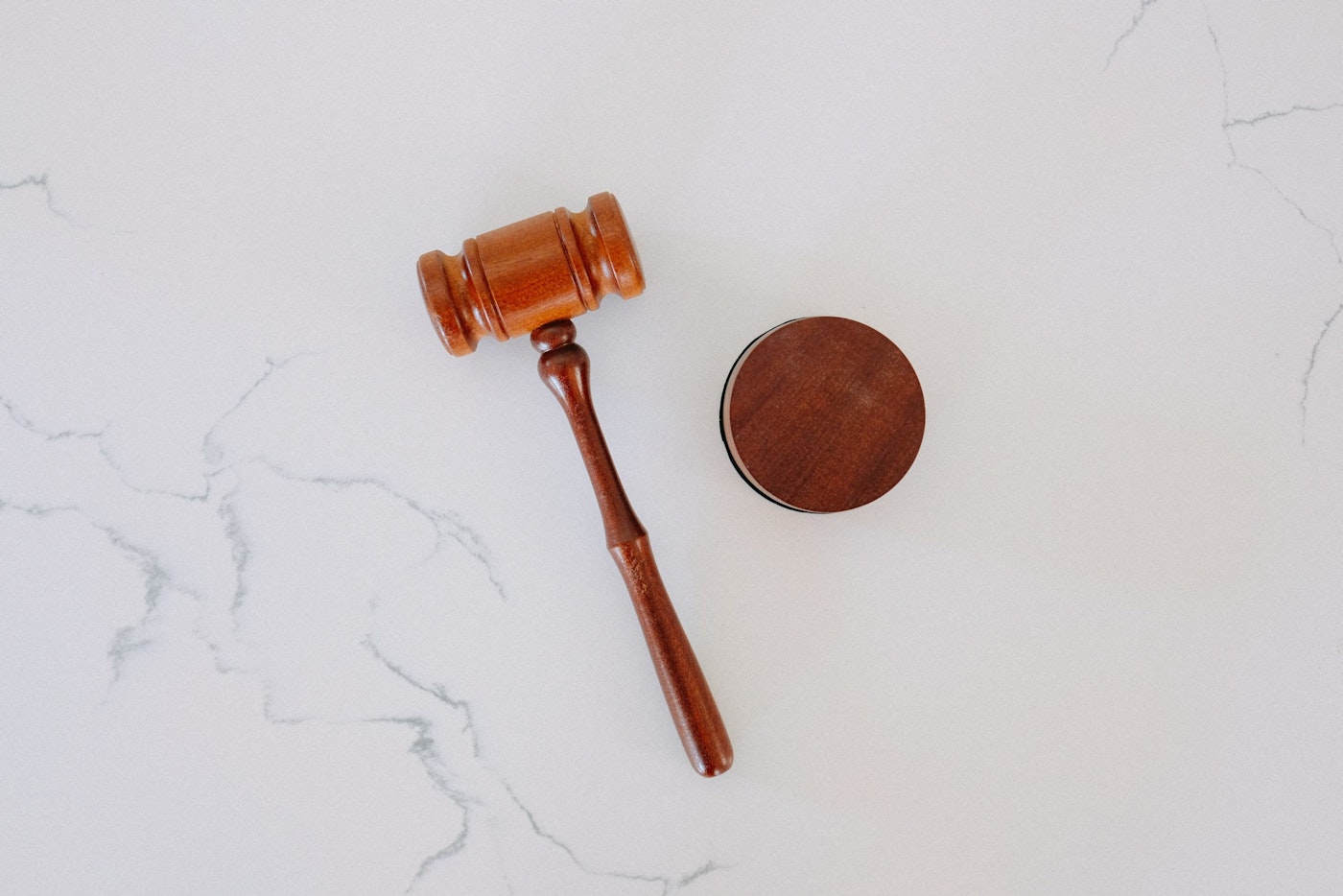 Over the past few weeks, India has become a battleground for a disturbing rise in the persecution of Muslims. At the centre of this struggle is an attempt by India’s governing Bharatiya Janata Party (BJP) party to assert its supremacist Hindutva ideology which is driven by Hindu nationalism.  This has culminated in a number of incidents of mob violence, hate speech and the introduction of new laws and measures intended to control and criminalise India’s Muslim population. The most recent manifestation of this is the Karnataka High Court’s ban on religious symbols in school. Footage has circulated online of Muslim women barred from entering their schools because of their Hijab and other women defiantly standing their ground in the face of mob attacks on them for wearing their Hijab.

What was initially a college’s rule allowing Muslim women to don Hijab if matching the colour of dupattas as a part of their uniform led to a sudden policy change in early 2022, succumbing to the pressure of Hindu nationalist politics. On March 14th, the Karnataka High Court upheld the ban, citing emancipation and the spirit of secularism. This effectively banned Muslim women from furthering their studies, demanding they choose between practising their faith and an education.

Commentators in India have taken to justifying the ban on the grounds of uniformity, unity, secularism, and more recently a disingenuous tactic: by undermining Hijab itself. The 129-page order from the court cites certain passages from the Qur’an to establish – in their view as judges of a secular court with dubious levels of Islamic literacy and credentials to make theological prescriptions – Hijab as not obligatory, claiming that it “therefore cannot be made a quintessential aspect of the religion through public agitations or by the passionate arguments in court.” Consequently, the court found that the ban does not violate the constitutional rights of Muslim women. This startling verdict has widespread implications for similar cases across the country.

Already, forms of support for Muslim women were conditional: some affirmed religious freedom rights but admitted that the choices these women were making were regressive, or patriarchal. Others positioned themselves as centrists by engendering complexity where there is none, claiming both sides, implying the veils of these women to be equal to the saffron scarves adorned by hecklers attacking Muslim women for wearing the Hijab. Then, as the Karnataka High Court’s mandate was pending, there was a shift in focus to Hijab itself and its place as a religious injunction.

For example, Dr. Zeenat Shaukat Ali, founder of The World Institute of Islamic Studies for Dialogue, claimed Islam didn’t prescribe a headscarf. An article she published on February 9th arguing that Hijab isn’t Islamic features heavy misapplication of Islamic law, distorted legal interpretation argumentation that has made rounds among supporters of the ban. Later, CNN-News18 aired a segment featuring Marya Shakil interviewing Lt. General Zameer Uddin Shah, former Vice Chancellor of Aligarh Muslim University and a retired Senior General in the Indian Army. He also begins the discussion on the bans of what Hijab is in India, and the interviewer repeatedly makes attempt to make the focus of the discussion the nature of Islamic veiling, stating that “If we’re going to practice a moderate Islam, how much importance should be given to Hijab at all? Isn’t this what many are saying almost like a practice of the mediaeval era?”

The Karnataka High Court’s verdict echoed similar themes. They found allowing women to wear Hijab in the classroom would hinder their emancipation (how exactly it would do so is unclear). The three-judge bench declared that the Hijab is a “cultural practice” and that it “is not a part of essential religious practices of Islam and thus, is not protected under Article 25 of the Constitution”. They also introduced the verdict by quoting a US-based academic’s article that interprets the practice of veiling as one to distinguish social status, and goes on to engage in poor attempts at tafsīr (Qur’anic exegesis), hadith interpretation, and usul (methodology), stepping far beyond its bounds as a court. It is clear that the court was already assuming an ideological corruption of Muslims and their practices prior to this judgement.

On the global stage, India’s government thinks itself the largest democracy in the world. However, Narendra Modi’s regime and its persecution of Muslims tells a different story, one of India as a fascist state. Indian secularism, in its rearticulation of majoritarian Hindu norms, has fanned the flames of religious persecution, and the latest court verdict on the Hijab ban is just one of many in a string of exponential restrictions on the expression and practices of Muslims in India. What should be a guaranteed basic human right, that of being able to practice religious freedom is now a trap made for Muslim women, a false dichotomy they created between education and Hijab to blame on Muslims and purport to fix through this verdict.

The biggest irony amongst these takes is that it is the ban that is costing these women their education, not their Hijab. Instead of the commentators and judges scrutinising state-backed terror against Muslim women, Muslims and their practices are instead the focus of their criticism. There are multiple reasons for why these commentators are choosing to focus on the victim rather than the oppressor and why the question  “is Hijab mandatory?” is being asked and answered in a way the wider society wants to hear now, by some Muslims and non-Muslims alike.

Firstly, it detracts from the abuses of the instigators and places the blame on Muslims, their theology, and practices for this controversy. Rather than confronting deeply entrenched societal problems, it is far easier to demonise a population. It enables people to view Muslim women’s denial to take the supposedly easier way out – removing their clothing – as impudent, ungrateful, and fanatic.

Secondly, the constitution of India guarantees religious freedom. If one frames something as unnecessary or not required in Islam, then a religious discrimination claim is undermined, as seen in the High Court verdict. A framing of the situation as “stubborn fanatics holding onto something that isn’t even theirs and causing unnecessary problems” is again bolstered here. This question also allows a further claim to Hijab as a foreign cultural artefact that isn’t indigenous to India. Within this narrative, Muslims are foreign to the land as defunct Arabs – in their name, culture, religion, and as a people.

Commentators reference the “Arabisation of Islam” to falsely claim that Muslims in India never believed in Hijab, positioning the “Arabisation” and “Arab” practices of Indian Muslims as the reason for worsening political violence. Such a trend is also seen in the sidelining and shunning of the Urdu language, which is heavily associated with Muslims and Pakistan, and attempts to reconstruct Indian history (for example, the debunked myth peddled by far-right groups that the Taj Mahal was built on a Hindu temple).

These racist and and blatantly false statements about Islamic law and what the Qur’an does and does not say are rampant in India’s domestic current media coverage. Muslims siding with the verdict or those spreading the incorrect position on the obligatoriness of Hijab are propped up in the media as “Islamic scholars” in attempts to validate the verdict, such as BJP politician Arif Mohammad Khan.

Thirdly, in attempting to divorce Hijab from divine guidance, a chasm is created which is then filled by other narratives such as attributing the Hijab to patriarchy. This also provides a reason for India’s liberals to justify their siding with the Hijab bans as a noble effort for women’s rights. So an issue of state-sanctioned oppression instead becomes primarily an issue about gender,  At no point do these commentators ask what the Muslim women at the centre of this struggle actually want. The women are stripped of their agency, their voices and demands deliberately silenced and ignored as they are bandied around as voiceless victims in need of “saving”. During France’s occupation of Algeria, the French authorities engaged a similar tactic to subvert the focus on their crimes by framing Algerian men as the source of societal problems. They held public unveilings to celebrate the “new” and “modern” Algerian woman being “enlightened”  from their own oppression, while they themselves were the barrier to liberation.

The debate is currently reminiscent of the discourse around bans in European countries like France, and more recently Quebec, Canada. The Karnataka High Court’s language of “religious symbols” parallels Quebec’s law restricting civil servants from wearing religious symbols while on duty. This is done by casting visible Islamic practices as transgressing the secular, while rearticulating majoritarian norms (whether it be a cross in Quebec or the expressions of culture and faith of Hindu nationalists) as sufficiently “neutral”. Because the nationalist project is so heavily intertwined with these norms, claims of national unity are a pretext to target Muslims specifically for their practices. Sikhs, for example, have not been stopped from wearing turbans.

Similar to Muslims in Quebec who had testified in support of the ban, claiming Hijab to be a symbol of patriarchy, unIslamic, or a vestige of oppression, the opinions of those like Ali and Shakil are propped up to further bolster the issue as one of Hijab, not of deep-rooted bigotry and harassment. Sara Farris, author of Femonationalism: In the Name of Women’s Rights, coined the term femonationalism to analyse the alliance between right-wing nationalists, feminists, and neoliberals to advance anti-Islam policies as they hide “structural inequalities behind cultural conflicts”. She writes:

“Short for ‘feminist and femocratic nationalism,’ femonationalism refers both to the exploitation of feminist themes by nationalists and neoliberals in anti-Islam…campaigns and to the participation of certain feminists and femocrats in the stigmatization of Muslim men under the banner of gender equality.”

In such a context, having the knowledge and ability to articulate the sacred is paramount, especially in a context where Muslims are being demanded to shed every actualisation of Islamic values through different tactics, including to undermine them from within. Though the question of Hijab’s place in Islam is a diversion from the problem at hand, we should also be aware and be able to respond to untrue claims. These types of arguments seek to convince Muslim women that the problem is what they’re wearing, and that they should be complacent with the changes regarding uniforms and potential future bans because it’s supposedly not Islamic anyway.

This stand against injustice against Muslim of India is not only that of the physical. From the legal to social to philosophical, Muslims are facing a barrage of attacks and demands to acquiesce to a new order. Instead of harassment, the problem is our clothing. Instead of fallacious claims to a neutral standard, the problem is our theology. Instead of majoritarian customs masquerading as neutral and indigenous, the problem is long-standing fiqhi (jurisprudential) matters.

The court’s consideration of the issue “is Hijab mandatory” was a disingenuous concern with Islamic law, propping up misinformation to support the perpetuation of horrendous policies, practices, and systematic oppression of Muslims. We have a responsibility to stand unequivocally with these women and the Muslims of India, to wade through obfuscations and to remain focused on the forces constraining religious freedom and attempts to change our religion to suit Hindu nationalist politics and ideology.

Heraa Hashmi has a bachelor's degree in Molecular Biology and a minor in Linguistics. She founded Muslims Condemn, a project documenting instances of Muslims condemning terrorism and is involved in non-profit work. Her interests include Islamic studies, bioethics, writing, and learning new languages.

Swim or Sink: The Trojan Horse Affair as a Witch-Hunt of the Forever ‘Underclass’