Who Taught You to Hate Yourself? Uncomfortable With Authentic Blackness 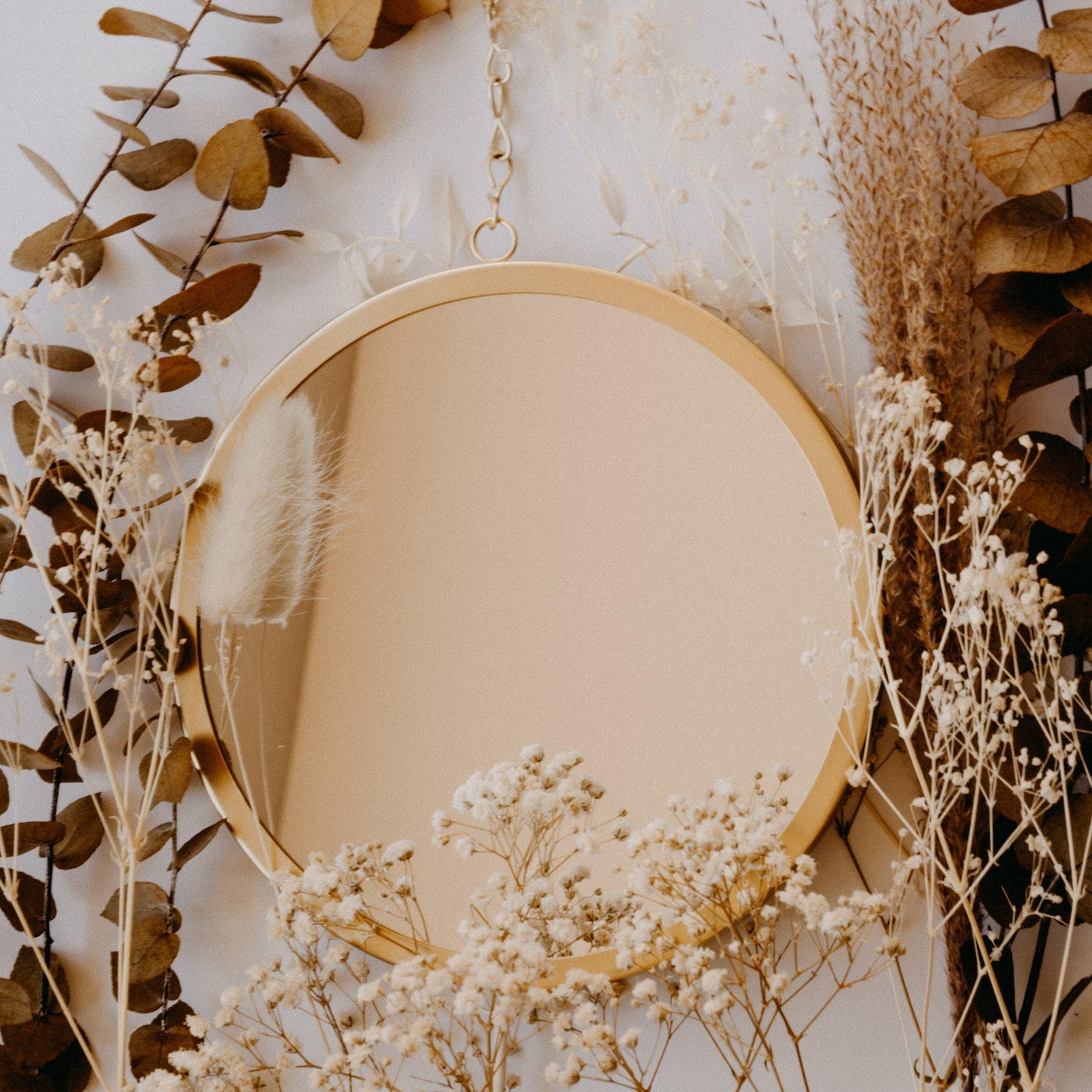 It’s effortless to succumb to the existing state of affairs today in reference to race. Nevertheless, to stand up for racial identity in link to pursuing authentic blackness is not as easy as it may seem. Authentic blackness, meaning being unapologetic about one’s blackness through thought and practice, was born through a concern for history and a clear ambition to reveal social truths concerning that of the black individual. The fact is not all are comfortable within their blackness and in some cases, blackness as an ideology is still not fully accepted in this day and age. Social media today has revealed an even deeper truth due to such tragic, racially charged moments like the many black killings which have occured over time, including known names such as George Floyd, Breonna Taylor, Philando Castile and so many more which sadly have now become a part of history.

Malcolm X famously said ‘‘who taught you to hate yourself from the top of your head to the soles of your feet?’’

In relation to race, there is a clear cultural issue at hand here where authentic blackness seems to create discomfort in today’s society and action to challenge racial bias is often triggered rather than managed. Some black people are seen to be more accepting today of morphing to a crafted shape in order to satisfy society, instead of reimagining a future that some have died defending, and attempting to erase a brutal past. There are some individuals however, who are working hard to break that stereotype.

“One of the most persistent traits of the Western white man has always been his fanatical and almost instinctive assumption that his systems and ideas about the world are the most desirable, and further, that people who do not aspire to them, or at least think them admirable, are savages or enemies.’’ Poet, Imamu Amiri Baraka, 1963.

Looking back, being black positive has been viewed negatively throughout history. The black power movement in sixties America, was almost sensationalised as a group who were promoters of violence in their plea to simply be heard. Even Civil rights activist and poet Amiri Baraka was labelled by Time magazine in 1967 as ‘‘the snarling laureate of Negro revolt.’’ Societies’ failures (like the urban crisis) made way for groups such as this, yet when they appeared to be making positive waves, and providing what the state was not, these groups were slandered as insulting and threatening, while their white counterparts fled to the comfort of the suburbs.

The U.K. has a long history of admiring African American personalities for a short while and treating them like royalty, while making the black people of their country continually suffer systemic racial injustice.

For example, Martin Luther King was popular and admired once he preached in St Pauls Cathedral in 1964, and the country was captivated by the enthralling charm of Cassius Clay, soon becoming Muhammad Ali in the seventies through to the eighties, when he toured and boxed in the U.K. However, we all know black characters are often exoticized. So in 1968 when Martin Luther King was killed by a white man, and Cassius Clay changed his name to that of a Muslim while also opposing being drafted into the Vietnam war which made him unable to work or leave America – it was clear that both were still seen as Ali believed, ‘‘victims of the same system of oppression.’’ Ali was unprepared to offer his life to kill the Vietnamese, in the place of a society that did not value black men and women.

“Why should they ask me to put on a uniform and go ten thousand miles from home and drop bombs and bullets on brown people in Vietnam while so-called Negro people in Louisville are treated like dogs? . . . If I thought the war was going to bring freedom and equality to twenty-two million of my people, they wouldn’t have to draft me. I’d join tomorrow. But I either have to obey the laws of the land or the laws of Allah. I have nothing to lose by standing up for my beliefs. We’ve been in jail for four hundred years.” – Muhammad Ali, 1967

In 2016, singer Beyoncé paid homage to the Black Panthers of Oakland at the halftime Super Bowl, and her dancers’ solidarity to Mario Woods, a black man shot dead by police officers, was not received well at all by many. It had been fifty years since the forming of the Black Panthers and many came to Beyoncé’s defence after right wing criticism likened the panthers to the KKK. Yet while police brutality was and is still rife in the U.S., people were concerned that on this day, Beyoncé had apparently ‘turned black’, that she had ironically ‘shook the whole white world’ and used this platform to criticise and attack police officers. Intriguing how an opportunity to shed light on systemic racism and being proud of being black, is often responded to with negative critique.

In critical race theory, black muslim women are one of the most complex sub-groups.

They require representation from two groups due to their intersectional identities within religion and race and simply put, they are faced with further discrimination due to this. They are a constant triple threat because this type of woman crosses different dimensions within her identity. Ameena Roshae holds this identity and with confidence on social media. She is a West Indian, black muslim woman who uses her tiktok platform to share her day to day fashion, her life as a mother and teacher and her stories on her revert journey unapologetically. She reviews makeup products for black women and demonstrates ways to dress modestly, while remaining fashionable.

Social media continues to be pivotal in expression and activism. There are many examples of popular characters and companies who use it well to reflect blackness positively. Organisations such as Black Ballad and gal–dem are pivotal to the perception of blackness and reflecting pressing topics. They make it a point to raise issues poignant to the lives of black people. Amanda Seales is also a racial activist, who has made it her life’s work to fight anti-blackness. She describes herself as a ‘common sense specialist’ and she cleverly uses her social media as a means to educate. With a master’s degree in African American Studies at Columbia University, Seales is far from ignorant in educating on war, movements, history of race and the current state of black people in America.

Candice Braithwaite, writer of ‘Sista Sister’ (2021) and ‘I am not your Baby Mother’ (2020), takes to her Tik Tok account to call out racism. The ‘mumfluencer’ used the promotion of her book ‘I Am Not Your Baby Mother’ to highlight Black Lives Matter ironically. Coincidentally, three days after George Floyd’s death, her book was scheduled for release and it resulted in her popularity as the influencer who candidly discusses blackness in reference to being a mother in Black Britain. She stands out mainly because the mummy influencer world is saturated with white middle class women. Candice’s refreshing honesty also sets her apart, as she is willing to discuss topics about blackness without holding back.

Dr Joshua Bennett, writer, poet and now academic from Yonkers, New York, in an interview for Teachers & Writers Magazine, claimed that ‘‘blackness and distance’’ was his obsession at the start of his career. The strength and grip of a childhood memory makes him recall that the teaching of the entire continent of Africa was limited to a week in school, while Ancient Greece was given two. Everyday Bennett wrestles with the meaning of school and academia, in a country that barred reading and writing historically for black people.

Bennett’s impressive poetic collections ‘‘Algorithms and Blues’’ (2014) and ‘‘The Sobbing School’’ (2016) reflect black intellectualism at its finest. Where Bennett’s predecessors used poetry for revolution, he uses it to confront larger social issues today, but to also liberate black culture and its people, by diving deep into racial tension and collective grief in America today. His dissertation at Princeton University also delved into blackness and affect theory in relation to animality in literature. Bennet has also interestingly pandered with the idea of black writers and their ideas on the end of the world in his piece for the Paris Review called ‘‘Revising “The Waste Land”: Black Antipastoral and the End of the World’’. ‘‘These writers call to the fore a vision of civil society in which gratuitous violence against black people is not aberrational but algorithmic—which is to say, inextricably bound up with the normative order of things.’’ He has made mention of Black Death being ‘‘constantly on a loop’’ and anthropomorphizes a young black boy in poem ‘‘Still Life with Black Death.’’

Nadifa Mohamed’s ‘‘The Fortune Men’’ (2022) supports the idea of blindly defending blackness in light of others blindly blaming blackness. Her historical fiction novel follows the life of a Somali man, Mahmood Mattan, who lives in Tiger Bay, Cardiff, in 1952 and is accused of brutally murdering a shopkeeper in a country which is not home, one he believes serves justice. Though this true tale was somewhat lost to memory, Nadifa Mohamed beautifully reminds us and humanises the protagonist, breathing life into him and touching on racism and decolonization. It’s an important story reiterating blame culture in relation to blackness as the protagonist is eventually executed due to the colour of his skin.

In Hollywood today, films like ‘‘If Beale Street Could Talk’’ (2018) based on the iconic James Baldwin book (1974), and ‘‘Green Book’’ based on ‘‘The Negro Motorist Green Book’’ (1936) have come to be commercialised versions; both tales heavily charged with racism. Transpiring here is an obvious and fundamental acceptance that present-day existence of racism sometimes goes unrecognised. Though there is always a need to address the endless terrain of events in time, there is a heavy preoccupation with timeworn injustice, an inability to get real so to speak, and an existing frustrating ignorance of current circumstances in this pandemic, war-obsessed world.

Television show Black-ish remains unique in that it explores blackness in a way that’s not being accomplished on other popular TV series’ today, again reflecting a common fear to touch on the complexities of black predicaments. The show skilfully examines sensitive social matters in a way that in unison, entertains and more importantly educates viewers. Black-ish has addressed relevant social and political issues such as Trump’s election, police brutality and the N-word.

The plethora of black characters championing the black lives matter movement, teaching, writing and posting in support of challenging anti-blackness is exemplary. It is integral to the wider topic of race that negative theories are challenged and to simply continue to fight the fight, and do what history attempted to do. To simply be equal.