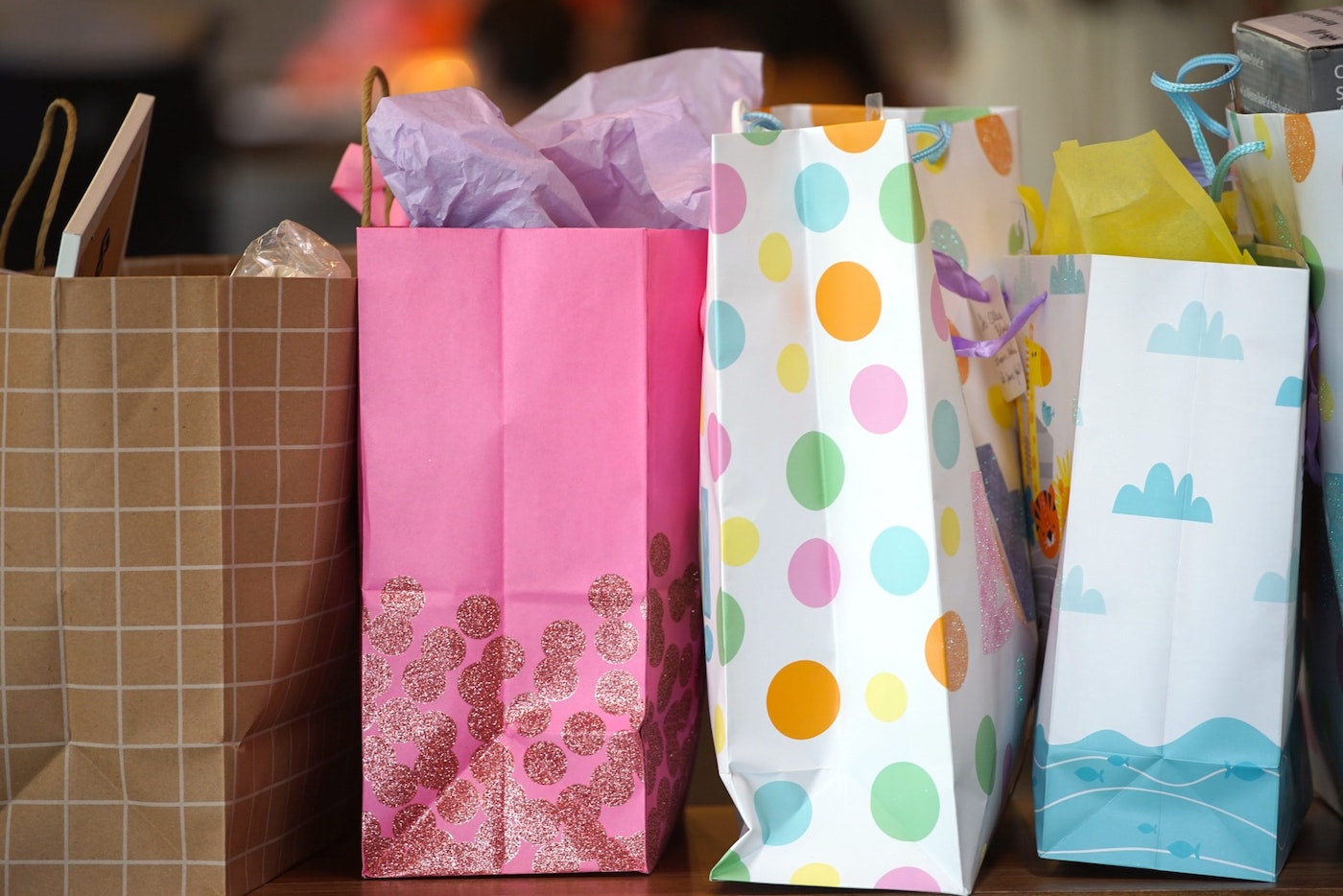 ‘Oh Children of Adam, take your adornment at every Masjid, and eat and drink, but be not excessive. Indeed he likes not those who commit excess’ (Qur’an 7:31)

There has been a spate of commentary over the last decade over the increasing marketisation and commercialisation of Ramadan and Eid.

It could be argued that commercialisation is concomitant with further representation. For companies whose aim is to increase profits, Muslims have come to represent a new niche market, a new frontier to prey upon and target with products (which are often just the original products embellished with an oriental veneer). I’m not alone when I say that as a Muslim, and as a consumer (a role difficult to circumvent in the capitalistic world we live in), being the target of such advertising leaves me feeling ambivalent.

On the one hand, there’s that slightly nauseous and uncomfortable feeling that comes with knowing that there’s yet another sacred and important thing unable to escape the grasp of capitalism. Yet on the other hand, Muslims have been on the receiving end of hostility and have been much maligned, something I’ve witnessed first hand as a child growing up in the domineering shadow of the War on Terror.

Although it’s not easy feeling to admit, being someone who is staunchly critical of capitalism and fearful of the ecological catastrophe that is intrinsically connected to a consumer-driven culture that we live under, there’s a small sense of validation that comes from feeling seen and recognised.

Eid and Ramadan are significant moments for Muslims. Seeing these religious festivals reflected in contemporary culture and discourse is deeply important. But the question remains as to how we stop representation from being another thing that’s co-opted by companies for materialistic and cynical  aims that run counter to the spiritual values at the heart of Ramadan. When these religious events are co-opted by mass culture, they seem to become stripped of their spiritual value. How can representation be meaningful and how do we confront the cynical deployment of representation and diversity for profit that fundamentally undermines the very tenets of our faith and of the core values at the heart of Ramadan?

The commodification of Ramadan is essentially another way of promoting indulgence and excess and the older I get, the more I come to terms with the idea that Ramadan is truly a radical idea. It encourages us to relinquish our most fundamental and most human urges – the desire to eat and drink– in service of Allah.  Ramadan is about reconnecting with oneself on a spiritual level. It isn’t just the month where we are required to forgo consumption during the daylight hours. It’s the month where the Qur’an was revealed.

It’s not about doing more – buying more, eating more, compressing more and more activities into a finite amount of time, which is the image of Ramadan propagated by ridiculous adverts that treat this world as a rat race and our our bodies as productivity machines. This world teaches us that we’re only valuable when we’re doing things, buying things, making things, selling things.

When it comes to adverts peddling a misinterpretation of Islam or an Islamic principle, or misappropriating something in relation to Islam, the emotional response I have is overwhelming. That is how I felt when I saw the latest Red Bull advert for Ramadan. The Red Bull advert seems to project an image of a Muslim relying on Red Bull to ‘power through’ Ramadan. It’s essentially using Ramadan, and the lethargy that Muslims often feel during this month, to promote an energy drink.

I can only imagine it was pitched by a bright-eyed account executive who is blithely unaware of the spiritual importance of Ramadan, or who is aware but saw a chance therein to commodify a spiritual practice to help tap into the young Muslim market and increase their profit. The Red Bull advertising may seem innocouous, but I would argue that, ensconced as it is within the wider plethora of Ramadan related advertising, it may leave more lasting damage in how it conveys some problematic ideals to already impressionable young individuals.

This isn’t the first Ramadan advert I’ve seen like this. More so than ever, the internet and social media is packed with influencers and companies posting content relating to Ramadan. Ramadan Recipes and Iftar meals go viral on Tik Tok, reaping hundreds of thousands of views. I’d be lying if I denied watching hours of to these ‘hands and pans’ videos, some of which have paid partnerships. John Lewis, Monsoon and Hotel Chocolate have signs in store pointing customers to areas where customers can purchase Eid presents for their loved ones, Tesco has a food aisle adorned with brightly coloured posters wishing customers Ramadan Mubarak. Uber Eats have adverts targeted to those fasting, informing customers that Ramadan is no barrier to ordering from Uber Eats – why not order a decaf beverage after 9pm rather than the usual morning coffee? Ramadan has gone mainstream.

We’re all participants in the market now whether we like it or not. Capitalism and consumerism have come to take on some kind of centrifugal force – nothing seems to escape its force field.

Ramadan is about doing what matters, and often this involves doing the opposite, doing less. It’s about connecting with the tenets of our faith which, broadly speaking, urges us to look beyond short-term material comforts. We’re told to look beyond excess and indulgence. We’re instructed to pray and give charity to those who are in need. The hunger we feel throughout the day reminds us of our common humanity, and our ability to withstand it is a symbol of our ultimate strength as human beings, but also of the power of Allah who knows us in a way that is substantive and that we cannot truly comprehend. In a world where young people are fed the myth of short term material comforts as being something we should yearn for, the presence of Ramadan and its focus on looking at something greater and beyond oneself, is a vital intervention.

Sure, the Ramadan and Eid Mubarak messaging I came across the other day in John Lewis is nice, but I don’t want it if it’s only in service to encourage me to buy a box of overpackaged chocolates sourced from companies with unethical farming and production practices in the global south.

Yes, the Ramadan and Eid Mubarak stapled across a discount voucher for a restaurant I normally frequent is nice, but I don’t want it if the workers in that restaurant aren’t being paid a living wage.

It’s seemingly very generous of Uber Eats to offer free meals to Muslim drivers, but who cares if the CEO of Uber Eats dismisses the murder of Jamal Khashoggi, whose death was reportedly ordered for by individuals from the highest echelons of the Saudi government, as a ‘mistake’

I speak entirely for myself here, but I would argue that it’s better to be ignored than to be recognised and co-opted by corporations and companies, who see everything through the filter of profit and consumption, and expects individuals to participate and navigate the world as nothing but consumer and commodity buyers.

We’re living in a world where companies are shouting ‘Ramadan Mubarak’ whilst their CEOs peddle Islamophobia rhetoric where they can. Companies have co-opted the message of Ramadan and are using it for dubious purposes, and it’s urgent for us as Muslims to claim back Ramadan from the grips of a consumerist culture that sees us as consumers and nothing more. If recognition and representation means being co-opted by multinational corporations whose CEOs wield enormous power and use that power to support harmful ideologies and policies that inflict violence on individuals across the world, then we need to reconfigure representation discourse or do away with it entirely.

Shamima Noor is a Marketing and Communications professional based in the North of England. She's worked in arts marketing for almost five years and is passionate about marketing, theatre, film, postcolonial and anti-racism studies, and literature. Follow Shamima on Twitter to keep up to date with her latest work and musings: @shamima_noor