It’s not every day you hear of a Pakistani, Muslim woman as a leading character in a hit TV show, and it’s even rarer to hear that she is a superhero.

So, after much excitement and anticipation, the most recent addition to the Marvel Cinematic Universe, Ms Marvel, is here.

The new Disney+ series follows the story of Kamala Khan – a Pakistani, Muslim high-school student and superhero fanatic from Jersey, US who suddenly finds herself dealing with her own newly-found superpowers.

The character made her first appearance in Marvel’s comics in 2013 and went on to have a successful solo series of comics in which the teen navigates her new shapeshifting abilities alongside her cultural and religious backgrounds and the struggles of being a teenage girl.

For myself and many others, Ms Marvel was the first time they felt seen and represented within graphic novels and wider media and it was a critical and commercial hit, selling over 500,000 digital copies.

Now, the much-loved comics have been adapted for the small screen with 19-year-old Iman Vellani, an actress who herself comes from a Pakistani, Muslim background, playing Kamala Khan.

When I sat down with Iman over Zoom to talk about Ms Marvel, the recent high-school graduate said she hopes the show will “open a lot of doors for more Muslims and south Asian creatives to tell their stories” and expressed her anticipation for this turning point in Muslim representation, after not feeling seen on screen – a relatable feeling for many of us.

I chatted more with Iman about her excitement for her new role, the character of Kamala Khan and Muslim and South Asian representation within the media. 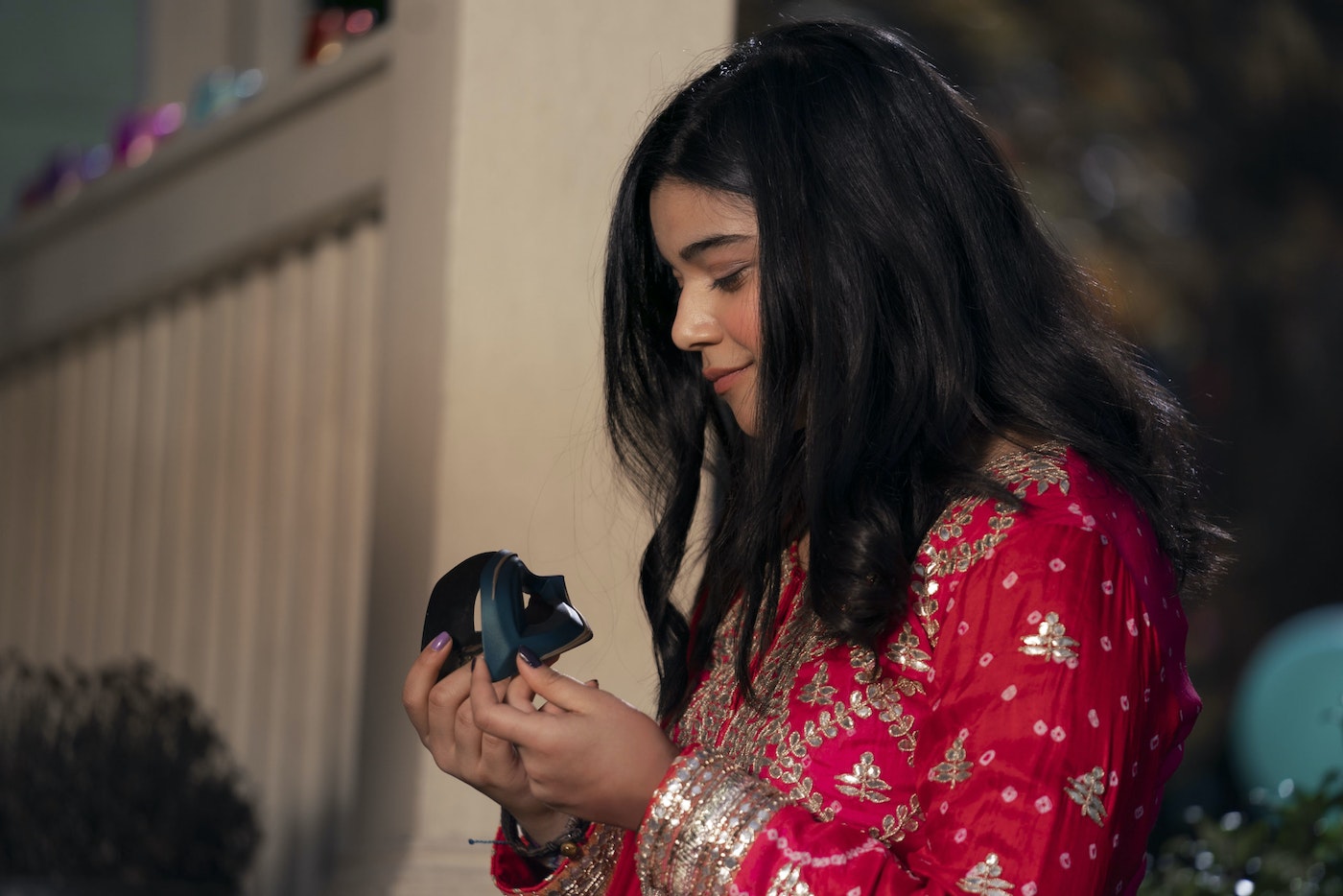 On what the most exciting part of being in Ms Marvel was, Iman said it was seeing the comics she knew, loved and felt represented by as a young girl come to life.

“I’m just excited that people can finally see what I saw when I read the comics the first time,” Imam said with a glint in her eye. “They meant the world to me, they represented Muslims in such a positive light and I never saw myself represented that way.

Amidst conversations about Muslim representation within the media, many aren’t looking for social commentary, revolutionary statements or special treatment, they just want Islam and Muslims to be reflected and neutrally portrayed within popular culture. Iman thinks the show does just that.

as a muslim marvel fan, the first episode of ms marvel and it’s representation of the muslim culture so accurately just made my day. i loved kamala khan and how she is so ready to break all the stereotype of brown girls can’t be a superhero. #MsMarvel pic.twitter.com/Li20buxD9B

“The core and the heart of our show is definitely the way we embrace fan culture as a whole and use Kamala’s culture and religion to, kind of, motivate her, drive her story and be her guiding voice on her hero’s journey,” she said. “So, I think we’ve kind of balanced everything in a really perfect way.”

On what she hopes Ms Marvel will do for wider involvement of Muslims and South Asians within the media, Iman hopes for not only better portrayals on-screen but behind the scenes. She said: “I really think the show is going to open a lot of doors for more Muslims and south Asian creatives to tell their story because this cannot just be the end of Muslim representation.

“This is one story of one girl of one family and Ms Marvel cannot represent all two billion Muslims or all South Asians in the world,” she continued. 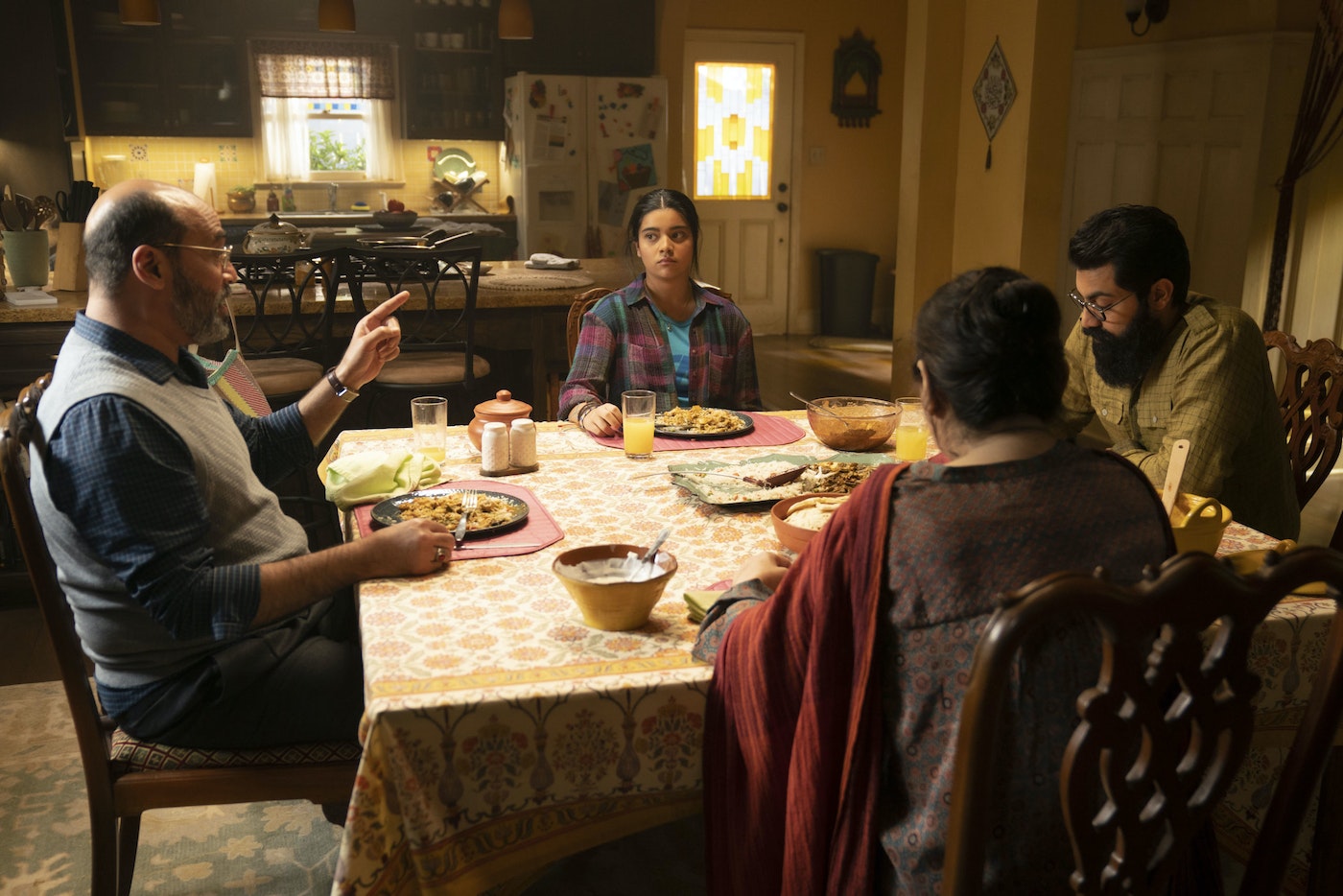 Iman wants this to be a starting point and source of inspiration for others. She said: “Hopefully, this inspires more young people, future filmmakers and artists to tell their stories because we’re so past generalising all brown people.”

Iman says Ms Marvel treats representation differently by making Kamala’s faith and culture a part of her life, not the basis of her entire identity – a choice which helps in making diversity the norm rather than making it a revolutionary concept deserving of applause.

On how the show diversifies Muslim representation, rather than focusing on the good or the bad, she said they do this by “by just showing it as it is.”

Since snippets of the show (which is airing on Disney+ on June 8) have been shared on social media, it has been well-received but many also discussed their worries of it being a stereotypical or surface-level attempt at Muslim representation.

But, on how they treated representation in front and behind the screen, Iman said: “It’s nothing that we really need to continually talk about and we don’t need to make some crazy commentary on Muslims in the media.

“We wanted to show it as we grew up and we had so many Muslims and South Asians working on the show and they all put so much of their own experiences into Kamala as a character and into the storytelling of it all,” she continued.

Ms Marvel commendably features one of Marvel’s most diverse casts so far, with Pakistani actor Fawad Khan and stars such as Rish Shah starrring alongside Iman, British-Pakistani Bisha K. Ali leading as the show’s screenwriter and directors such as Belgian-Moroccan duo Adil El Arbi and Bilall Falah. 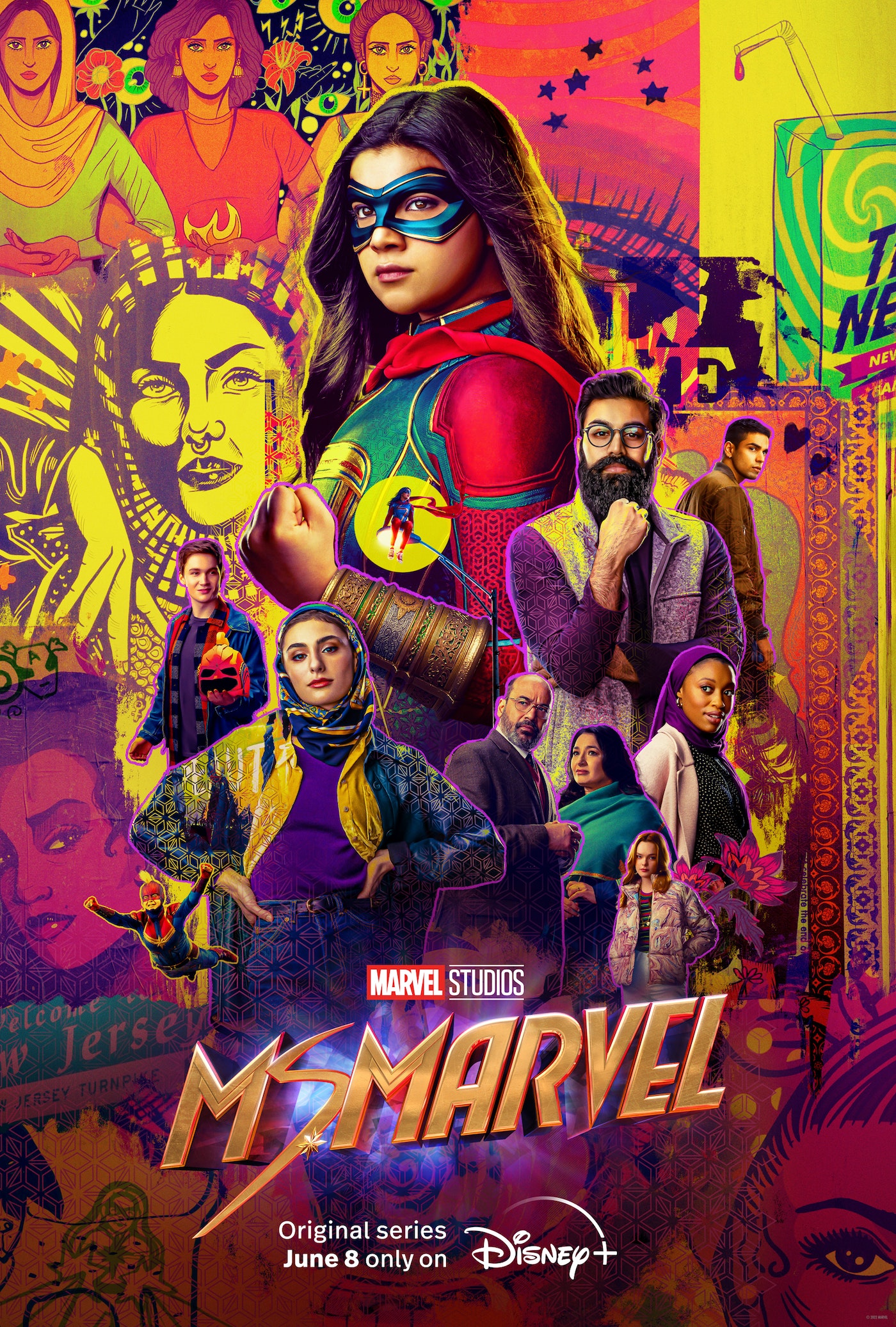 Iman said: “I really think that we’ve hit the mark in creating this show by organically incorporating diversity without it being the main thing.”

For Muslims everywhere longing for a positive portrayal of themselves within the media, I think Ms Marvel is a chance at us having just that. As a show, it has the potential to open doors for further conversations about representation and to highlight what can be done to diversify depictions of South Asians and Muslims on screen. And, most importantly, it is just the beginning.

From Iman’s infectious passion for the project, which I felt through the screen as we spoke, to the discussions and debates had online – Ms Marvel is a cornerstone and turning point in Muslim and South Asian representation which I, for one, can’t wait to watch. As a young, Pakistani Muslim girl, I wish I could have seen someone like me playing a kick-ass superhero and I’m excited for a new generation of kids finally being able to see themselves represented on screen.