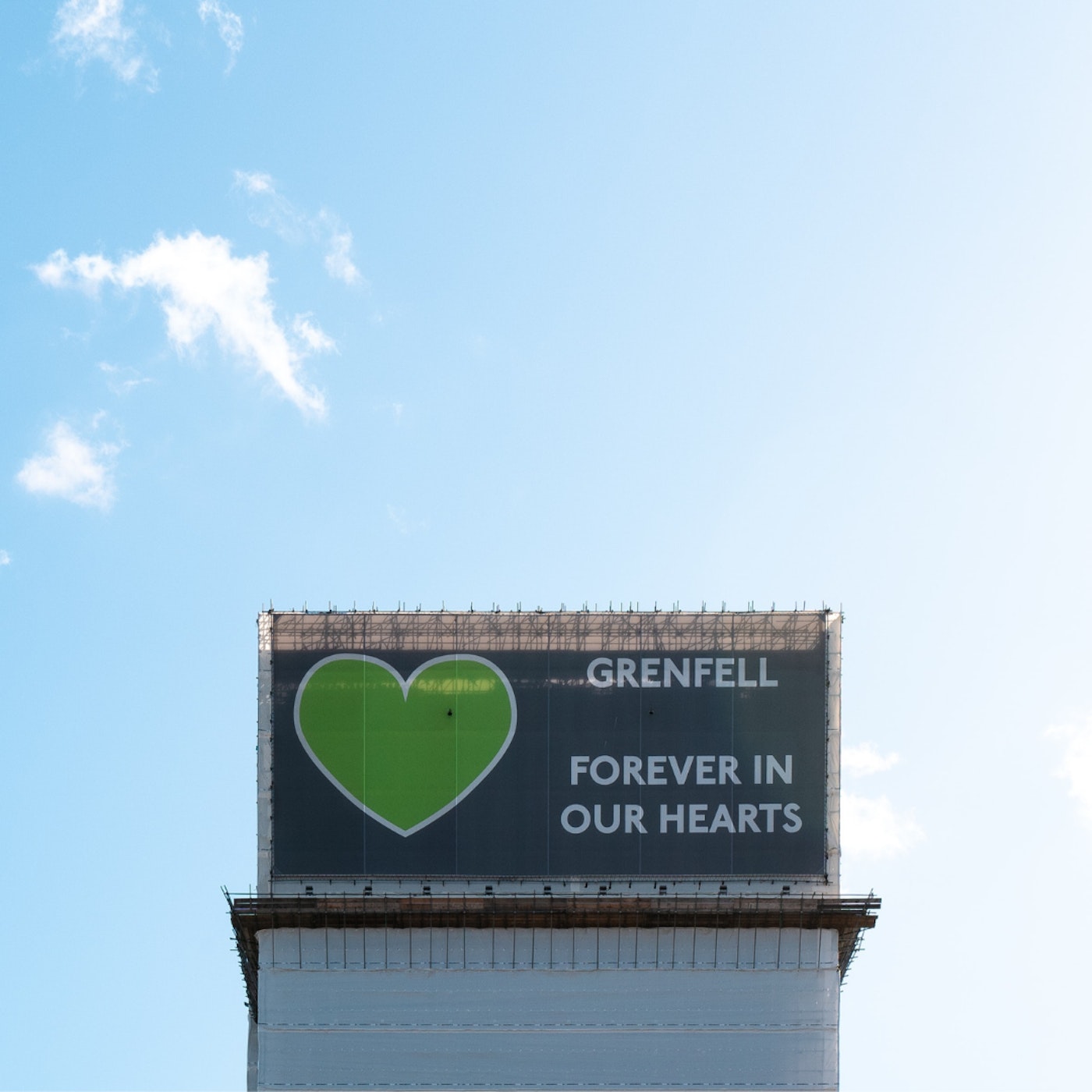 It’s a Wednesday. An ordinary summers night. Not even a beep from a fire alarm. Screams. A blazing fire suddenly breaks out on the fourth floor of a twenty-four floor tower block in West London, and within minutes the entire building is alight with flames, burning with blame, coming apart with accusation.

Five hundred and sixty 999 calls are made. Seventy-two people with lives, with families and dreams, succumb to the building’s roaring flames.

It’s known through the ongoing inquiry that governmental moral failings resulted in the residents of Grenfell Tower dying that very night. Until now, obvious errors, though clearly identified, are yet to be rectified. Cladding still wraps many homes all over London though the government promised removal years ago. Broken policies put in place before the fire have been reviewed, yet remain unchanged. This clear lack of care and justice for the victims reinforces the poisonous societal ideology of the poor, or of the other being undeserving in a country that welcomes immigrants just to let them down.

Mainly marginalised communities occupied the tower, and it seems their identities had a great part to play in their heart-breaking deaths.

Historically, council estates have housed immigrants. In the sixties, council homes were categorically said to be for those who ‘‘could not afford to be aspirational’’, a clear lack of respect for council residents’ potential.

By the late seventies, Thatcher’s government labelled council homes as a place for the poor, not for the respectable. The established homes eventually became a reflection of the government’s inability to tackle social housing issues. To date, a large percentage of inhabitants of social housing are refugees and immigrants who may be fleeing calamities such as war, famine or lack of work in their home countries.

It is no coincidence that the residents of Grenfell Tower were majority from Middle Eastern, African or Asian backgrounds. Tenants derived from Sudan, Somalia, Morocco, the Philippines, Thailand, Syria, Pakistan and more.

Diversity often celebrated in London was clearly not welcomed as residents of Grenfell Tower were stacked on top of one another in ‘‘an ethnically diverse area, just like many social housing neighbourhoods across Britain.’’ Ironic that the same people who fled to the UK for a better life were burnt to death in their own homes, even instructed to stay indoors in case of fire. Concerns from tenants about sprinklers, lift safety, fire exits and the function of the cladding around the building fell on deaf ears as legitimate concerns were repeatedly ignored.

The sharp contrast in the appearance of social housing in affluent areas is not a new concept.

Since the nineteenth century, to distinguish the rich from the poor, materials were used to reflect wealth and lack of. In 1873, for example, the Jennings’ Building in Kensington High Street was a wooden slum known as the ‘Irish Rookery.’ The death rate of this place was high simply due to overcrowding, lack of cleanliness and illness. The implementation of cladding was yet another ploy to differentiate the ‘poor’ in the affluent area of North Kensington.

Many migrants living in the Grenfell Tower were undocumented and unable to access governmental funds, a potential reason for their silence today. It’s said that some worked in low paid migrant jobs; they were porters, cleaners. Ultimately, they were contributors to our society. Most importantly, they were people without, people who could vanish, people who could be forgotten. The insignificant status of the British social tenant played a key role at Grenfell. The victims were ignored as so many council tenants today still are. Being dependent on the state, trusting in our systems and ultimately contempt for the working class killed the victims of Grenfell tower five years ago.

The severity of burning to death fortifies the UK’s disapproval of difference.

Religious differences have always divided Britain though the UK attempts to be progressive in that right. Residing in the tower were a high number of Muslim victims and residents who were in fact one of the first responders as the fire happened after Taraweeh during Ramadan. Not being viewed as having British values in a Christian country, instantly labelled non-white residents of the tower as not British enough, stalling the level of seriousness. In fact, what they were, was indeed people with unique cultures, rich histories and whose futures were hopelessly further dampened by choosing life in the UK.

The charred tower they once lived in now hovers, looming as it deteriorates. Even its wrapping is white to distract and evoke sympathy. If the victims were white, would we know all of their names by heart? Memorise their faces, perhaps? Would the effort as a nation to get justice be as strong as the Madeleine McCann case of a child kidnapping unproved?

The priorities of the media, of the government, and of British society still stagger even in the face of death. An obviously absurd angle to a critical situation here burns just like Grenfell Tower, each time a less serious story makes headline news, each time the risk of this happening again is diminished. Even the public groups campaigning for justice around the fire, like Grenfell United and Justice4Grenfell, are majority non-white campaigners, survivors or the bereaved. To this day, five years on they are frustrated, silenced by decisions and un-healed.

The attitude around the tower’s safety measures, from evidence made clear from the inquiry, reinforces the lassez-faire attitude for a home inhabited by majority immigrants, the lives of the defenceless. Before the fire, for example, cladding tests proved that fire on the tower would cause an inferno, yet the lives of the residents were not viewed as precious, as worth saving even with prior and clear warning of an impending disaster. Five years on, it remains clear that the disaster at Grenfell is the result of poor maintenance, shrouded viewpoints, lack of respect for the ‘other’, for immigrants, for the defenceless ones looking to Britain to protect them. They fled to this country for safety, a country which murdered them in their own homes.

Raised in North Peckham, Caleb Femi’s ‘Poor’ (2020), a collection of poems about living in London, accurately melodises afflictions on council estates like Grenfell. His poems A Designer Talks of a Home/A Resident Talks of Home (I) and Excerpts of Journal Entries directly reference Grenfell Tower:

‘‘Mum reckons that’s why they covered the rot with cladding’’

‘‘On the 19th floor you can see everything but the future’’

‘‘If those in the higher seats of the high places  don’t note Grenfell as a mass murder, as gross incompetence, as a final warning, as regression of Humanity then they should, (at the very least, since they all watched it from their windows) take note of the nature of a spreading fire: if the bottom burns then surely with time the top too will succumb to the flames.’’

The same elements which killed Damilola Taylor, a child who was sent to the UK for a better life, just to end up dead from neglect and racism, fuelled the fire at Grenfell too. Tragedy and trauma live hand in hand when it comes to valuing the lives of immigrants in the UK. Even after a fire which sent seventy-two people to their graves, five years later, not much has changed.