From essays on motherhood and Russian classics, to examining the history of Blackness and Islam and contemporary Japanese fiction, below are our Amaliah Bookclub picks for this month! 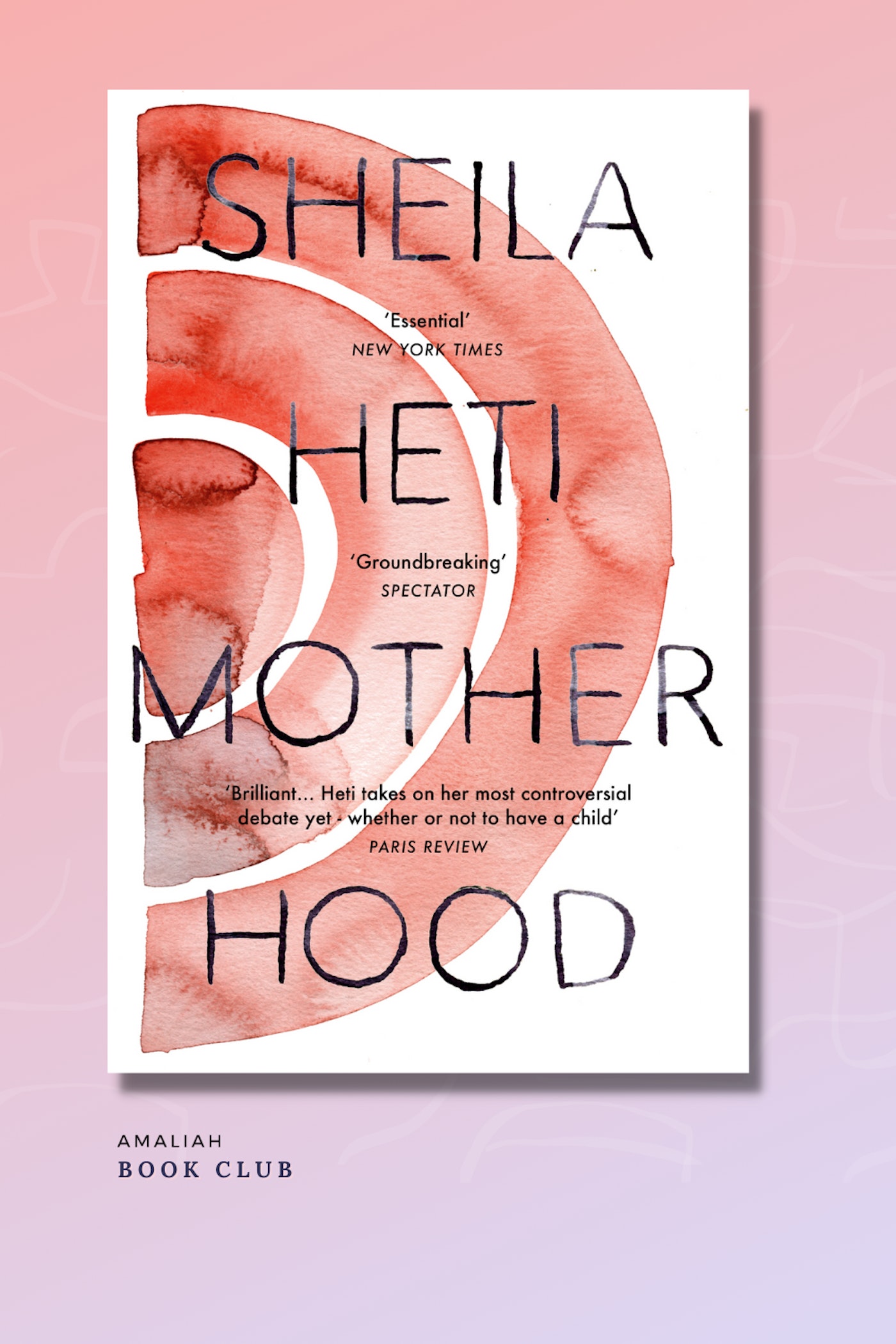 In Motherhood, Sheila Heti asks what is gained and what is lost when a woman becomes a mother. In her late thirties, when her friends are asking when they will become mothers, the narrator of Heti’s intimate and urgent novel considers whether she will do so at all. In a narrative spanning several years, casting among the influence of her peers, partner, and her duties to her forbearers, she struggles to make a wise and moral choice. After seeking guidance from philosophy, her body, mysticism, and chance, she discovers her answer much closer to home.

The Vanishing Half by Brit Bennet 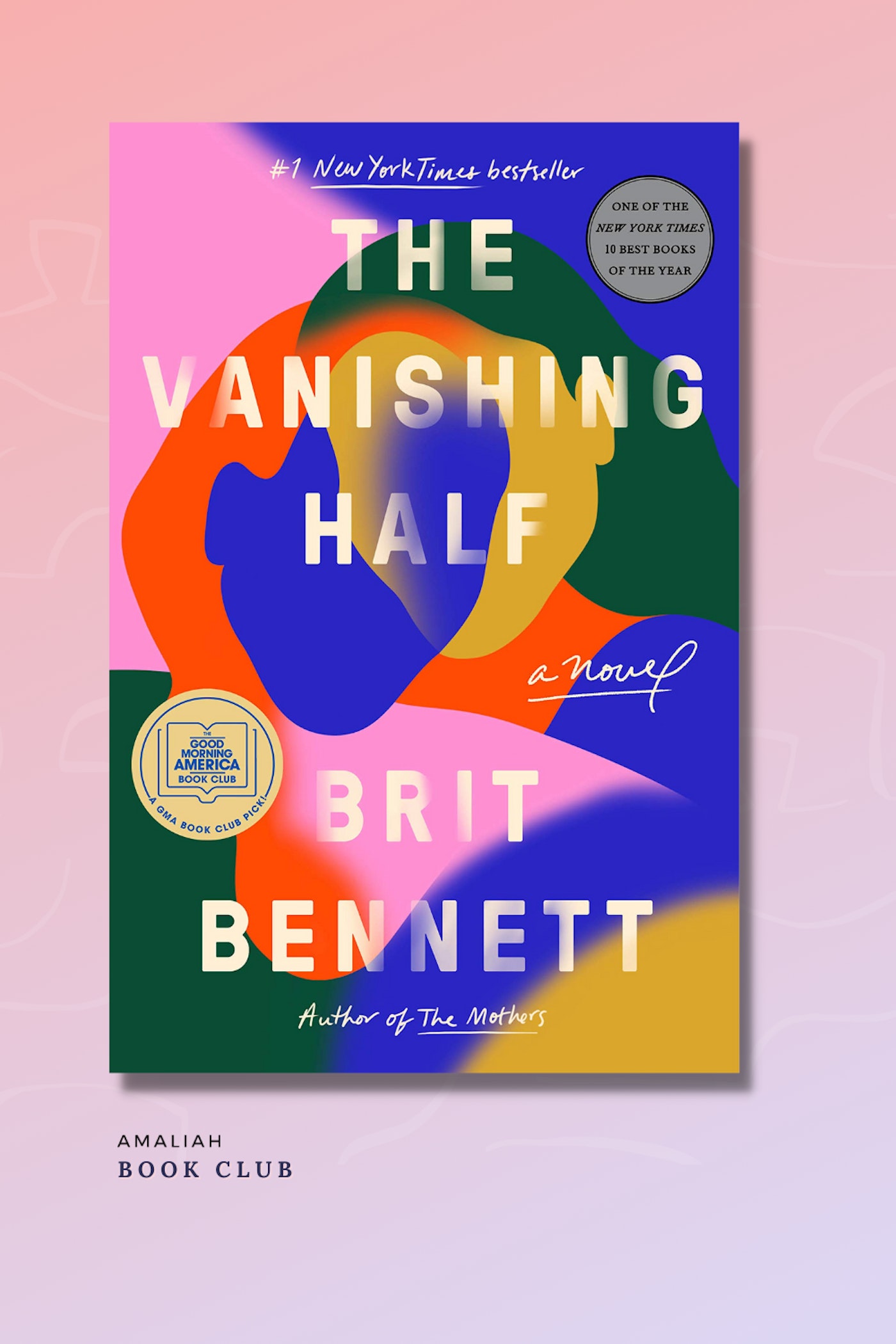 The Vignes twin sisters will always be identical. But after growing up together in a small, southern black community and running away at age sixteen, it’s not just the shape of their daily lives that is different as adults, it’s everything: their families, their communities, their racial identities. Many years later, one sister lives with her black daughter in the same southern town she once tried to escape. The other passes for white, and her white husband knows nothing of her past. Still, even separated by so many miles and just as many lies, the fates of the twins remain intertwined. What will happen to the next generation, when their own daughters’ storylines intersect?

In the Early Hours by Khurram Murad 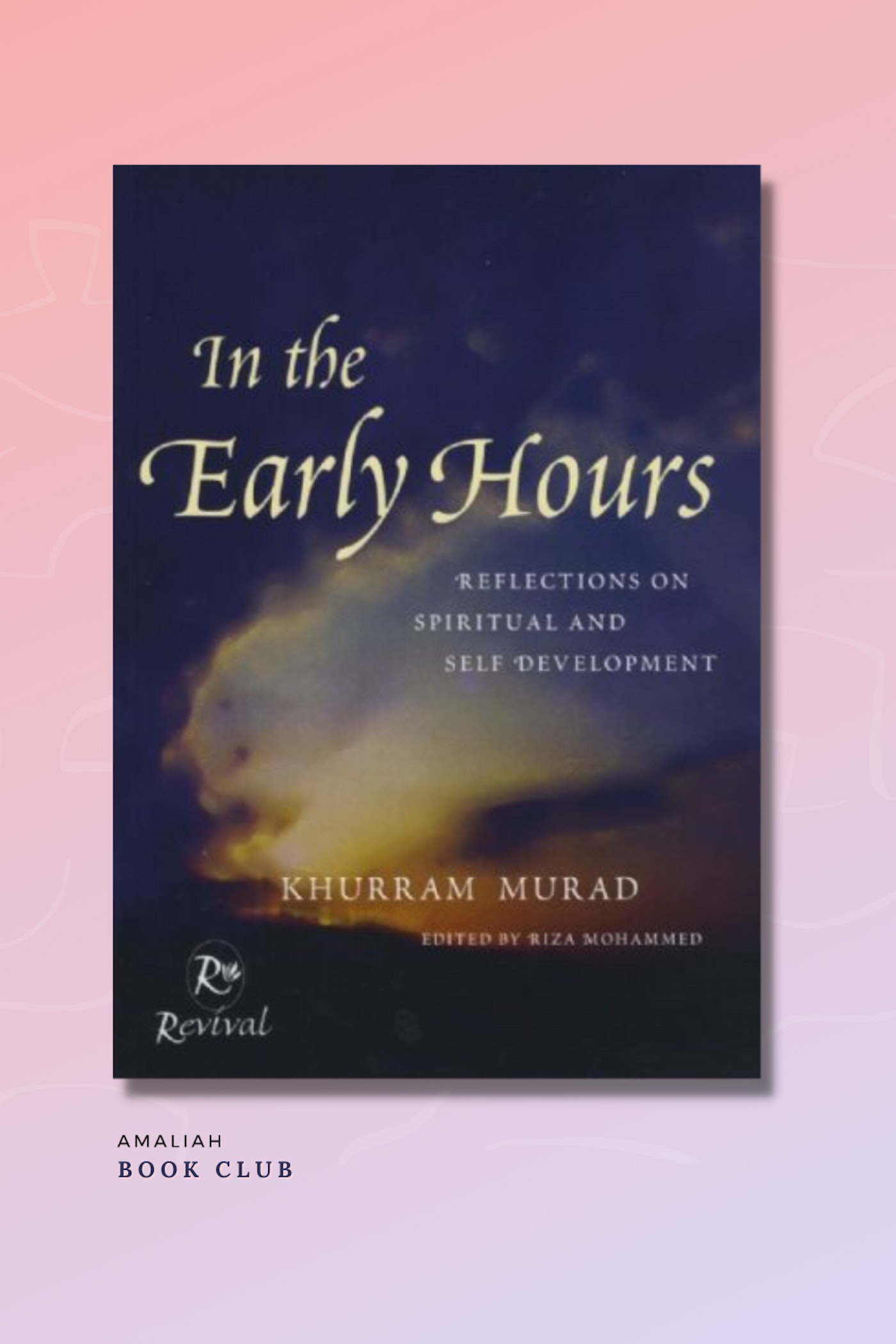 In the Early Hours is a collection of inspirational advice by a dear and beloved teacher, Ustadh Khurram Murad on the subject of spiritual and self development. In it he sets out the goal of the Believer – the single-minded desire to seek the good pleasure of God. He then outlines the methods and instruments which must be used in the attainment of that ultimate goal. 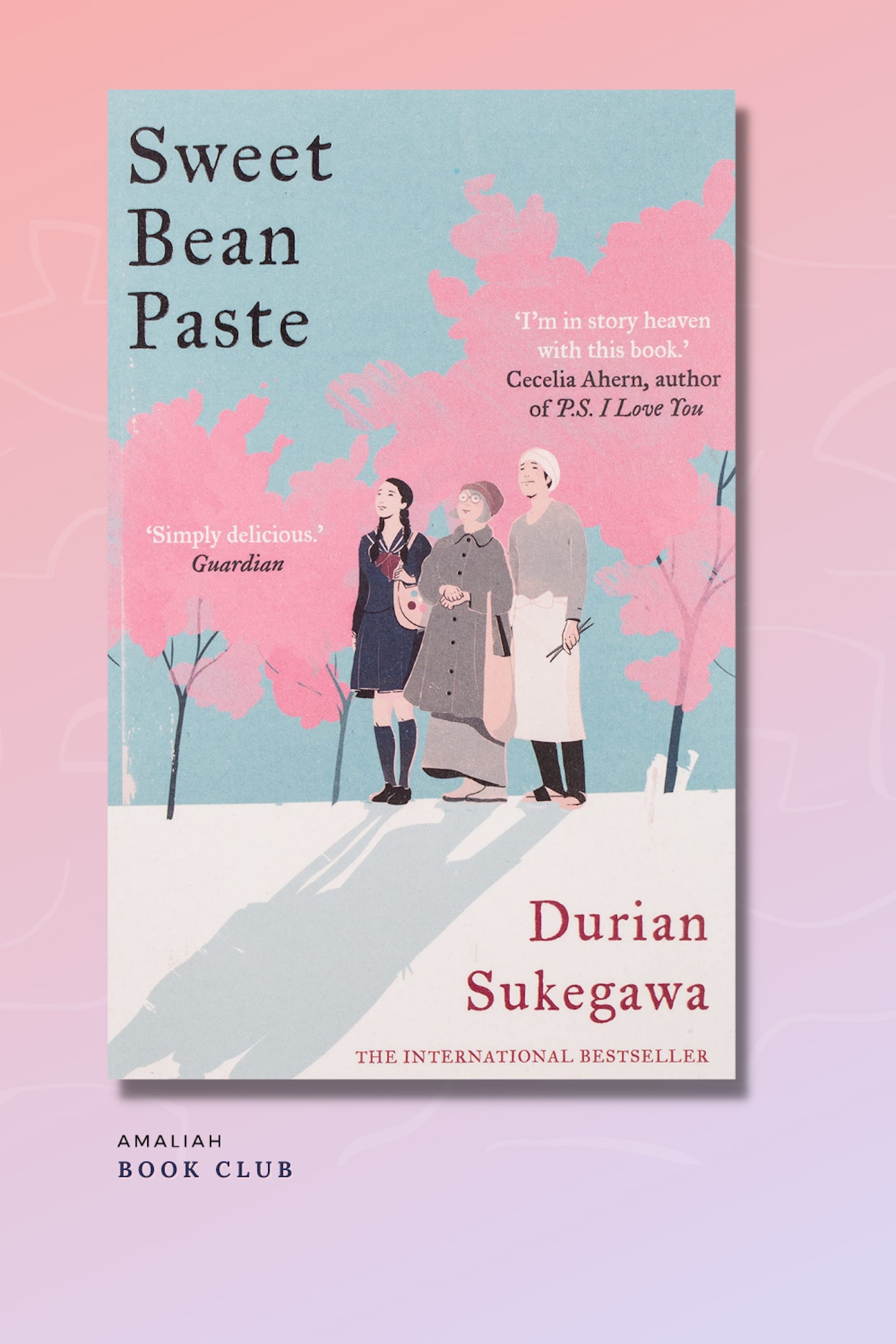 Sentaro has failed. He has a criminal record, drinks too much, and his dream of becoming a writer is just a distant memory. With only the blossoming of the cherry trees to mark the passing of time, he spends his days in a tiny confectionery shop selling dorayaki, a type of pancake filled with sweet bean paste.

But everything is about to change.

Into his life comes Tokue, an elderly woman with disfigured hands and a troubled past. Tokue makes the best sweet bean paste Sentaro has ever tasted. She begins to teach him her craft, but as their friendship flourishes, social pressures become impossible to escape and Tokue’s dark secret is revealed, with devastating consequences.

How To Not Die Alone by Logan Ury 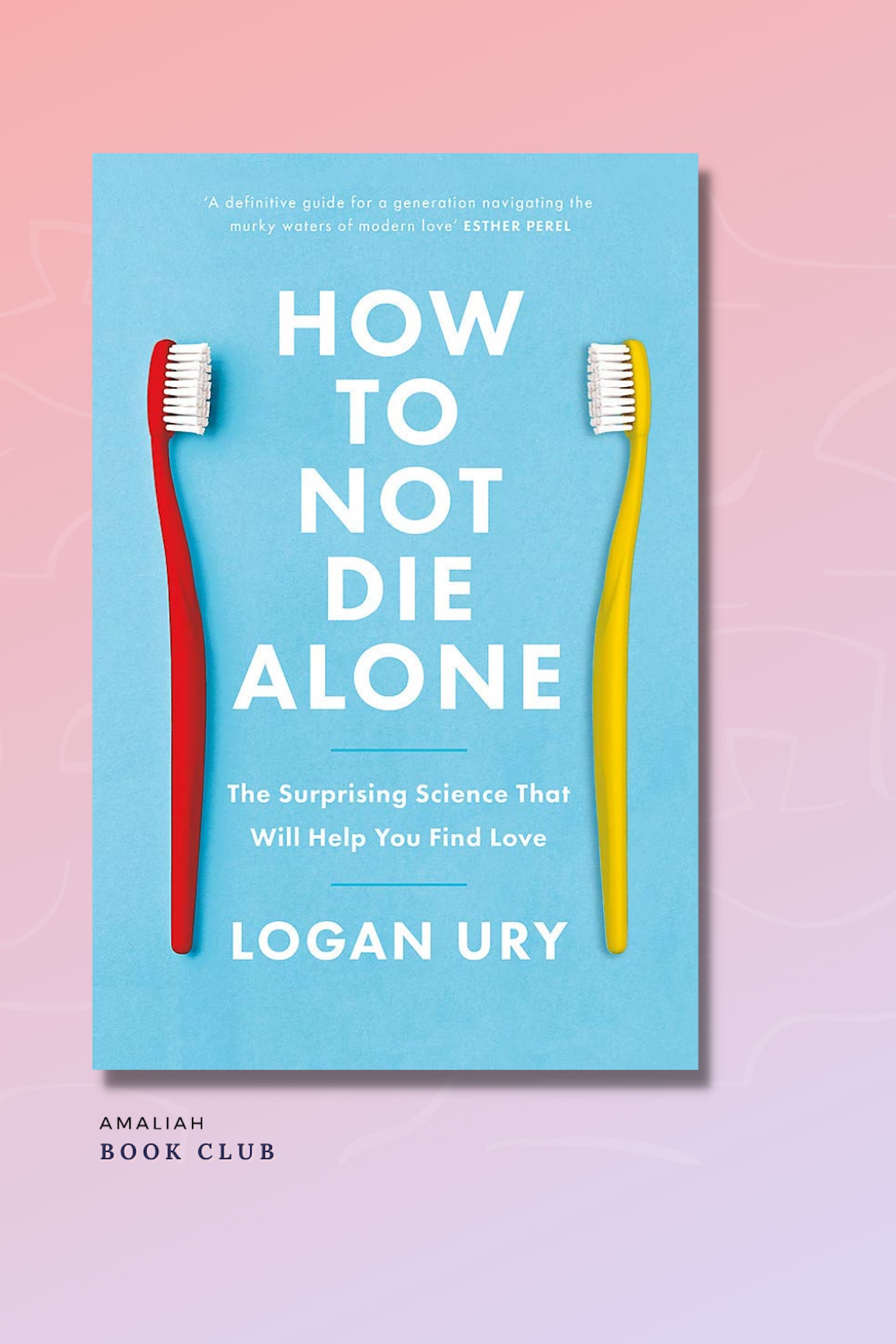 Have you ever looked around and wondered, “Why has everyone found love except me?” You’re not the only one. Great relationships don’t just appear in our lives—they’re the culmination of a series of decisions, including whom to date, how to end it with the wrong person, and when to commit to the right one. But our brains often get in the way. We make poor decisions, which thwart us on our quest to find lasting love.

Drawing from years of research, behavioral scientist turned dating coach Logan Ury reveals the hidden forces that cause those mistakes. But awareness on its own doesn’t lead to results. You have to actually change your behavior. Ury shows you how.

This One Sky Day by Leone Ross 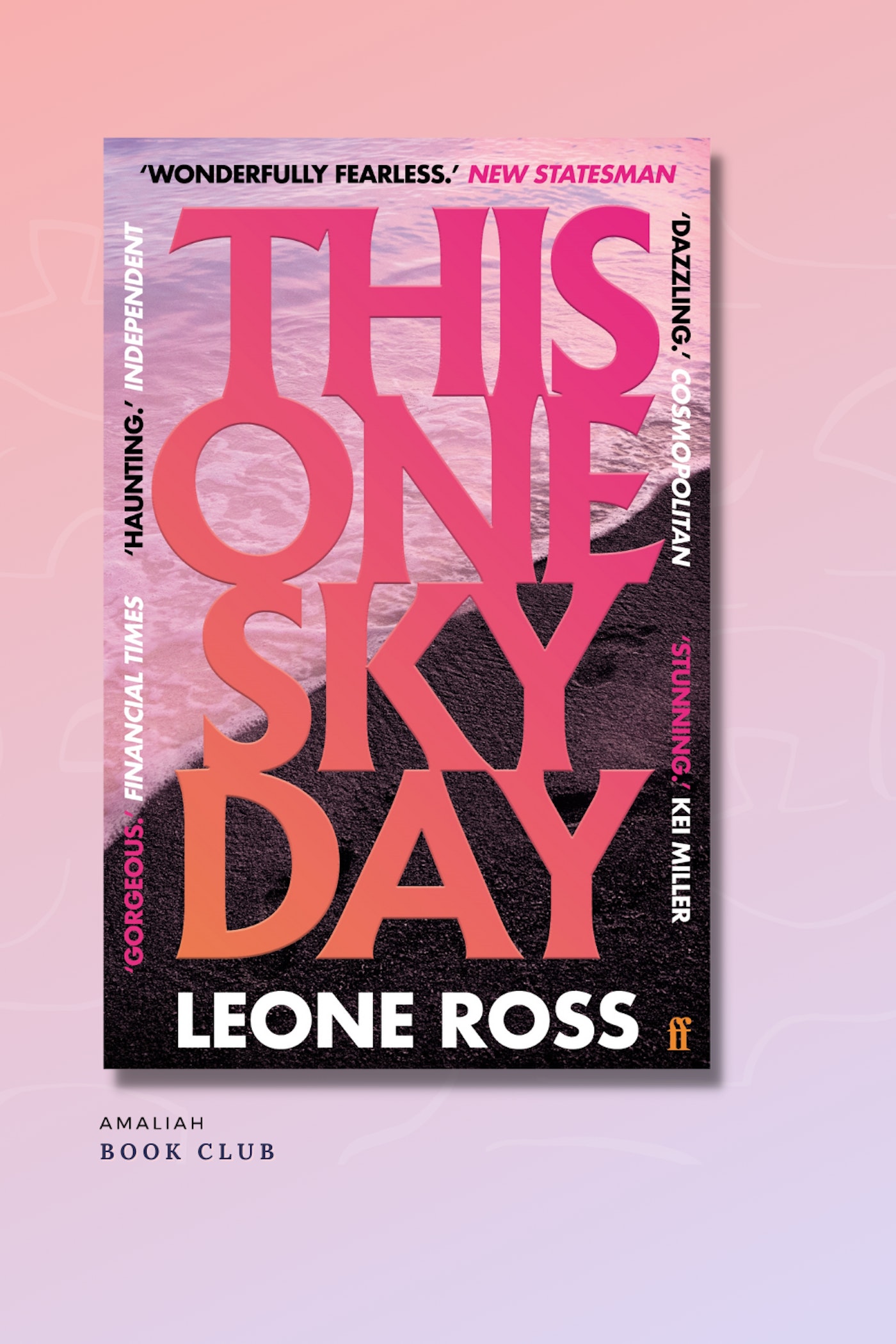 Dawn breaks across the archipelago of Popisho, a world where magic is everywhere, food is fate, politics are broken, and love awaits. Everyone in Popisho was born with a little something… The local name for it was cors. Magic, but more than magic. A gift, nah? Yes. From the gods: a thing that felt so inexpressibly your own.

Xavier Redchoose is the macaenus of his generation, anointed by the gods to make each resident one perfect meal when the time is right. Anise, his long lost love, is on a march toward reckoning with her healing powers. The governor’s daughter, Sonteine, is getting married, her father demanding a feast out of turn. And graffiti messages from an unknown source are asking hard questions. A storm is brewing. Before it comes, before the end of the day, this wildly imaginative narrative will take us across the islands, their history, and into the lives of unforgettable characters.

Race to the Bottom: Reclaiming Antiracism by Azfar Shafi and Ilyas Nagdee 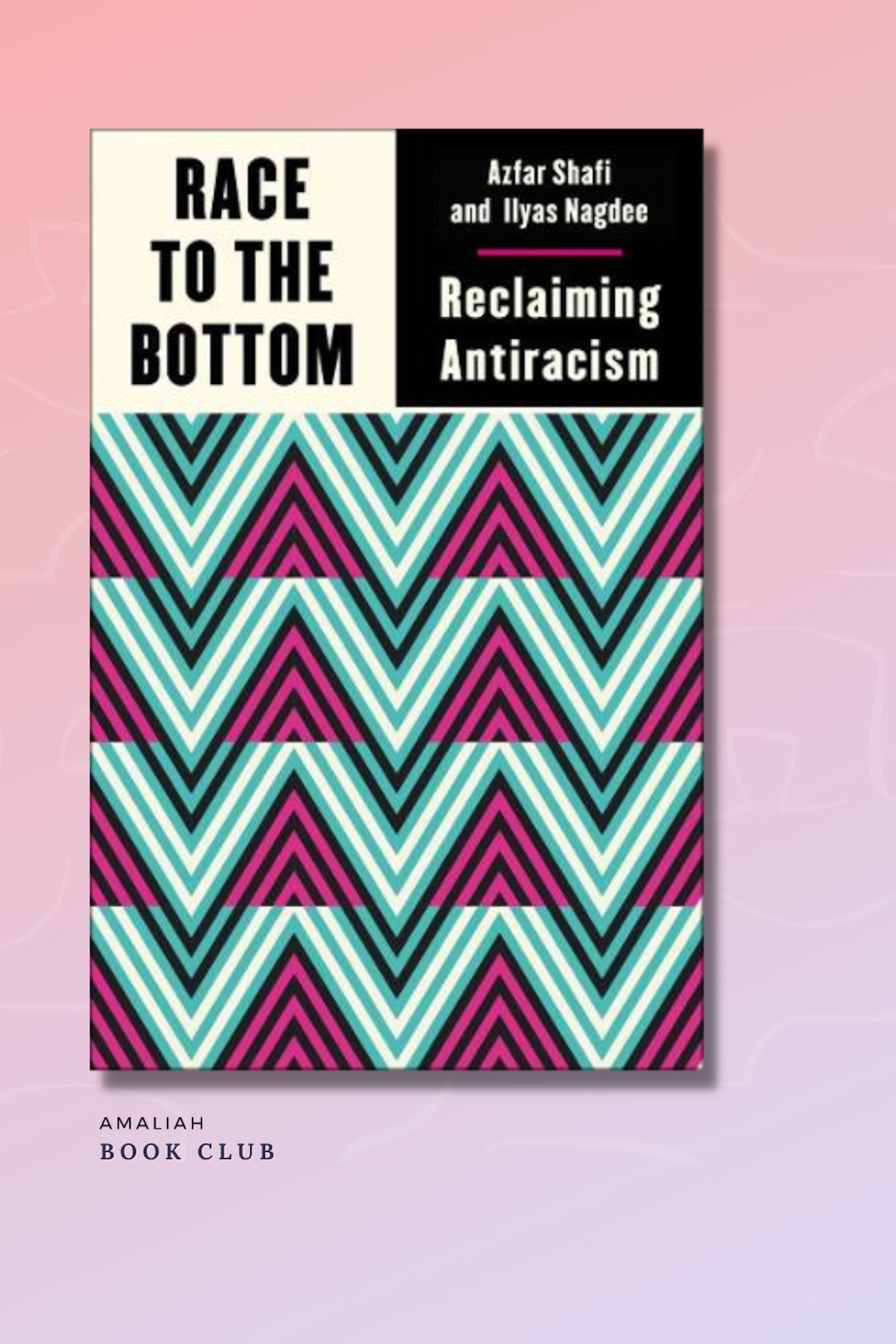 Antiracist movements are more mainstream than ever before. Liberal democracies boast of their policies designed to stamp out racism in all walks of life. Why then is racism still ever-present in our society?

This is not an accident, but by design. Capitalism is structured by racism and has relentlessly attacked powerful movements. Race to the Bottom traces our current crisis back decades, to the fragmentation of Britain’s Black Power movements and their absorption into NGOs and the Labour Party.

The authors call for recovering radical histories of antiracist struggle, championing modern activism and infusing them with the urgency of our times: replacing anxieties over ‘unconscious bias’ and rival claims for ‘representation’ with the struggle for a new, socialist, multi-racial organising from below.

Writers and Lovers by Lily King 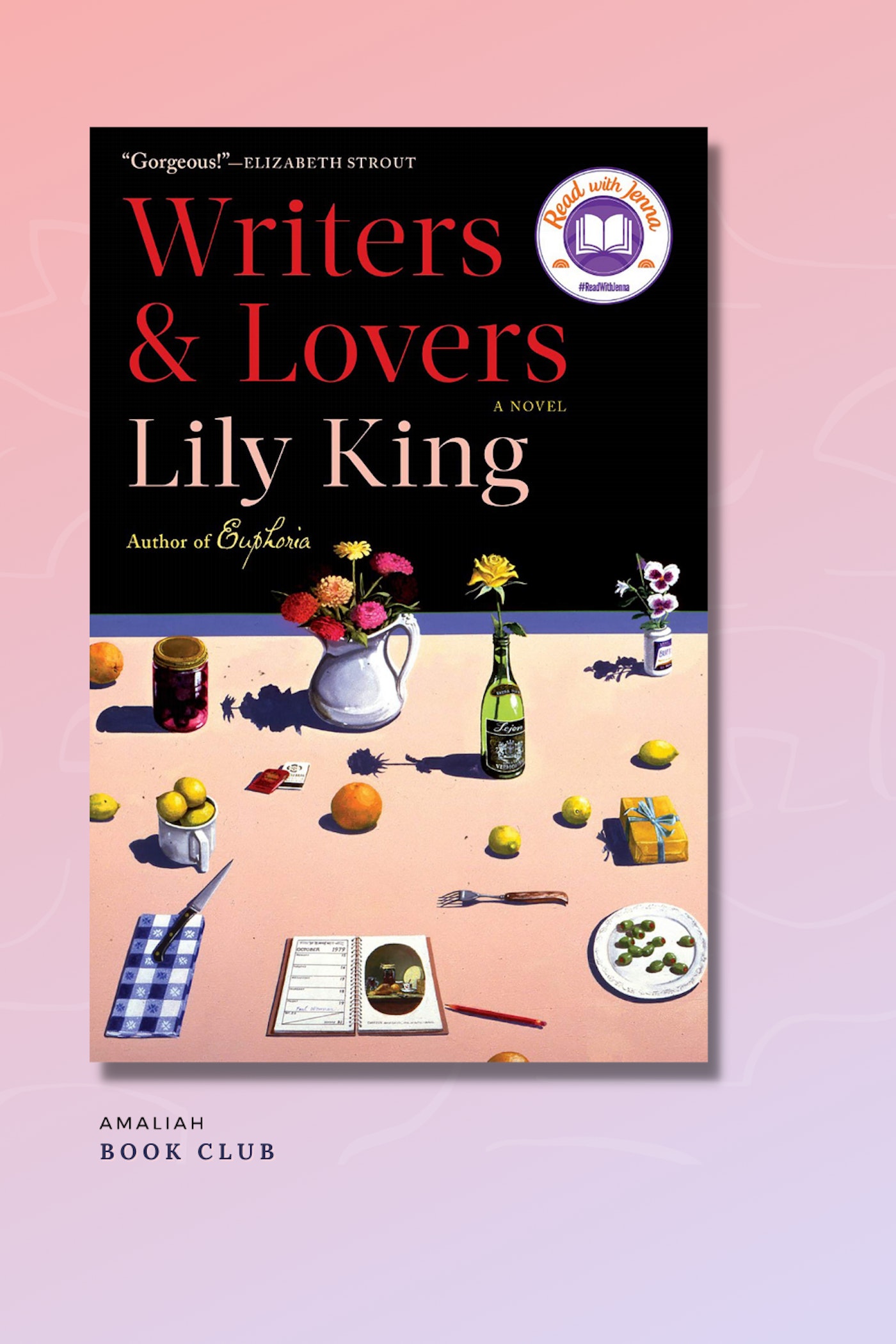 Blindsided by her mother’s sudden death, and wrecked by a recent love affair, Casey Peabody has arrived in Massachusetts in the summer of 1997 without a plan. Her mail consists of wedding invitations and final notices from debt collectors. A former child golf prodigy, she now waits tables in Harvard Square and rents a tiny, moldy room at the side of a garage where she works on the novel she’s been writing for six years. At thirty-one, Casey is still clutching onto something nearly all her old friends have let go of: the determination to live a creative life. When she falls for two very different men at the same time, her world fractures even more. Casey’s fight to fulfil her creative ambitions and balance the conflicting demands of art and life is challenged in ways that push her to the brink.

Nature is a Human Right by edited by Ellen Miles 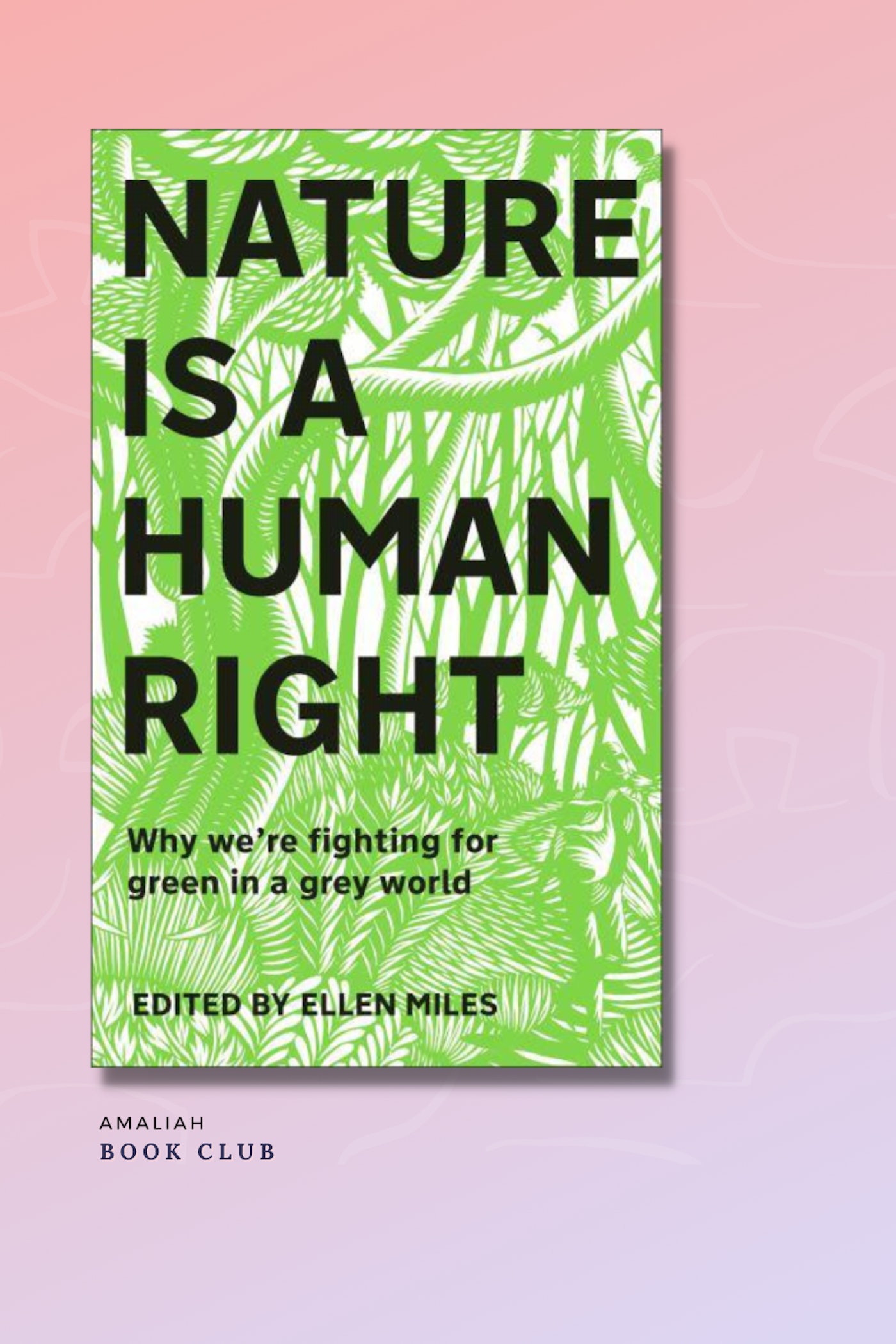 This inspiring book captures why contact with nature is essential for our mental, social and physical well-being — and how we can rethink urban development to create green city spaces and a return to nature.

The Brothers Karamazov by Fyodor Dostoevsky 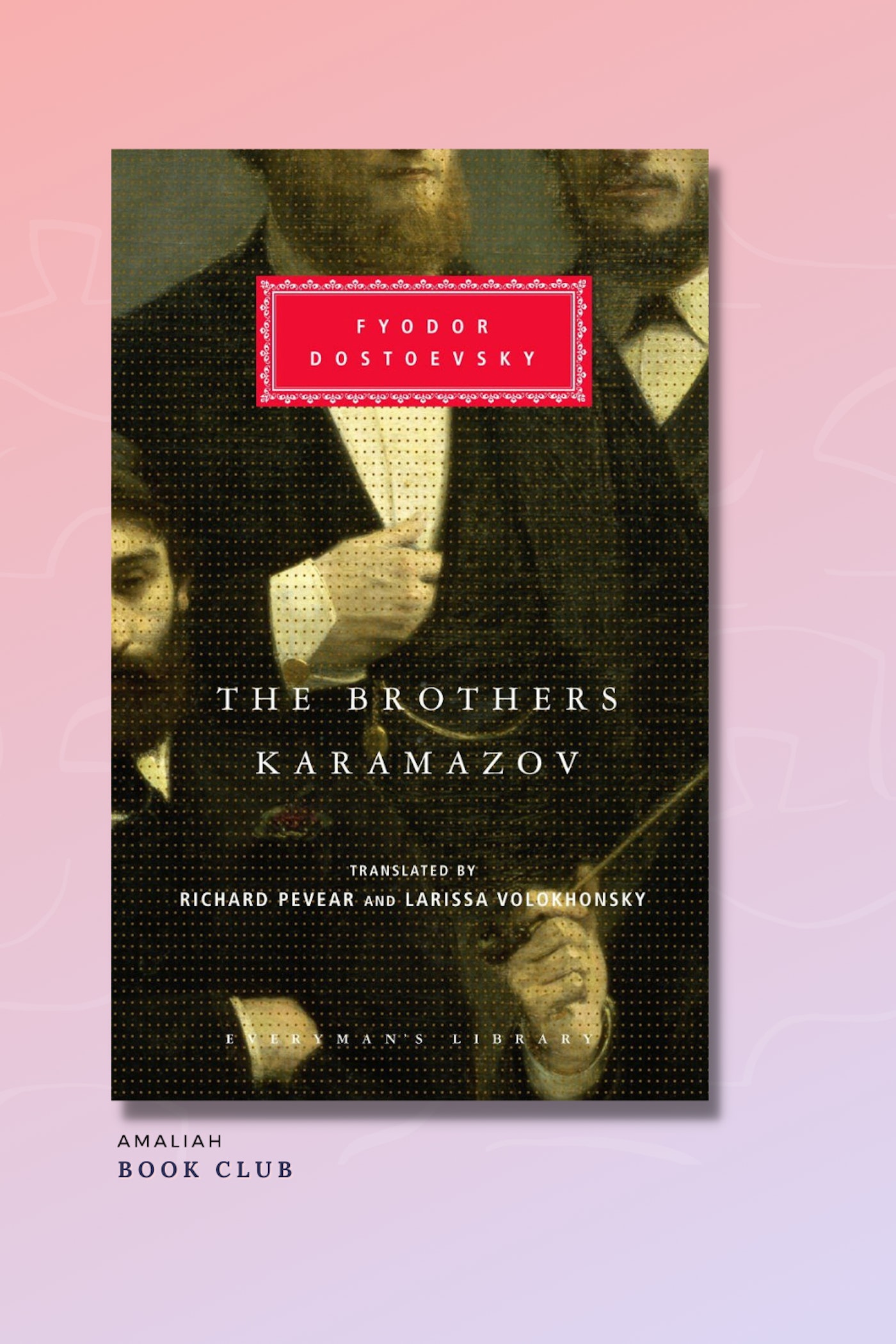 Blackness and Islam by Dawud Walid 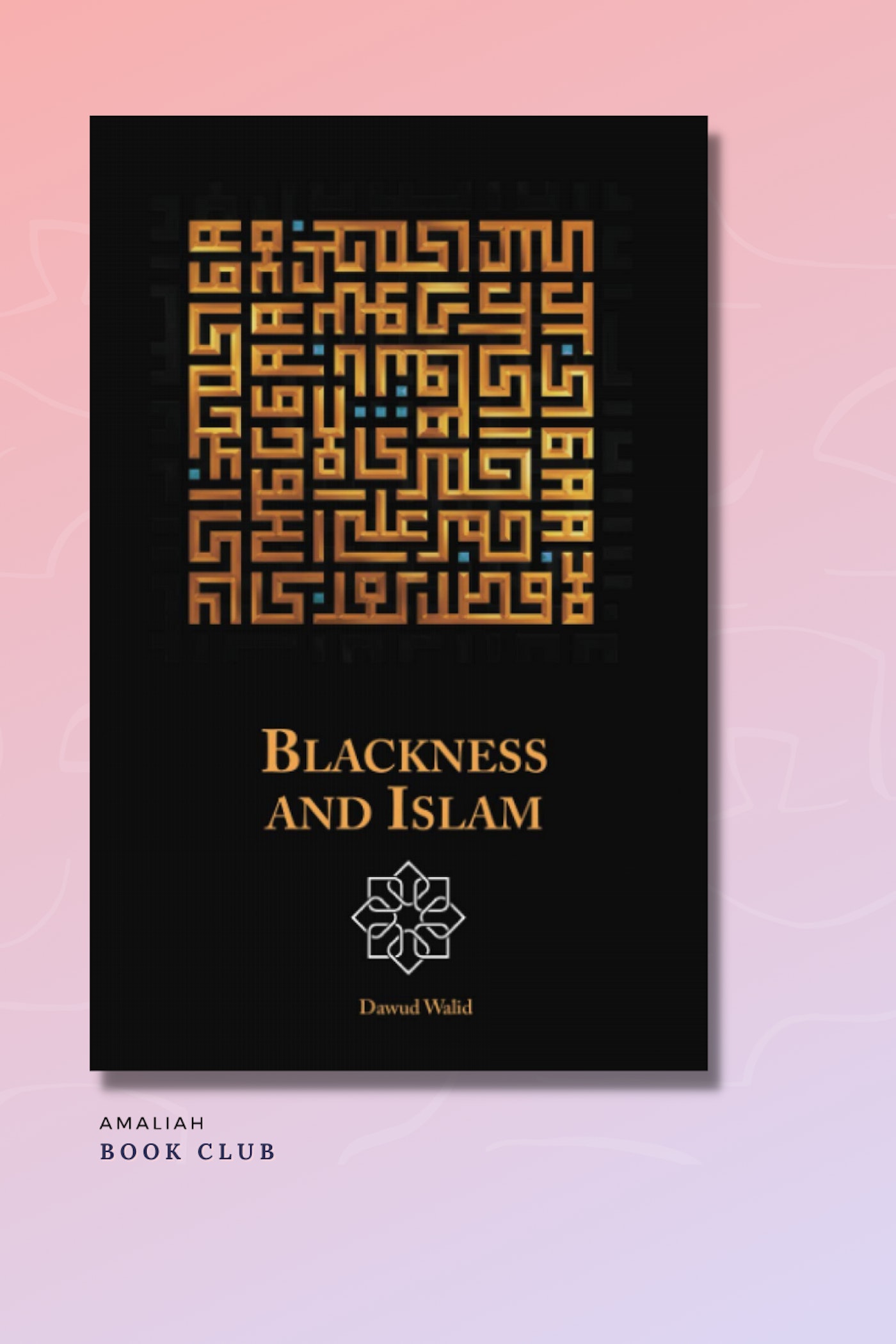 Muslims speak of Islam in egalitarian terms: the religion of peace, the religion that seeks to elevate man over his base desires, the religion that does not discriminate based on race and ethnicity. Despite the egalitarian spirit of Islam, the lived reality of many Muslims is very different, and this is most apparent when we observe how Muslims deal with race and ethnicity. Muslims who are Black in the West in particular, have found that while Islam may not discriminate based on race, many Muslims do. To make matters worse, some of those Muslims will delve in to the Islamic tradition to justify their biases and bigotries, seeing no contradiction between their racism and the Islamic ideals. This work seeks to clarify and debunk some traditions which support their racist positions, and presents biographies of early Muslims who were Black. The biographies of these great Muslim personalities shows us how Blackness was a normal part of life for early Muslims, in sharp contradistinction to modern prejudices against Black folks found in some Muslim communities. 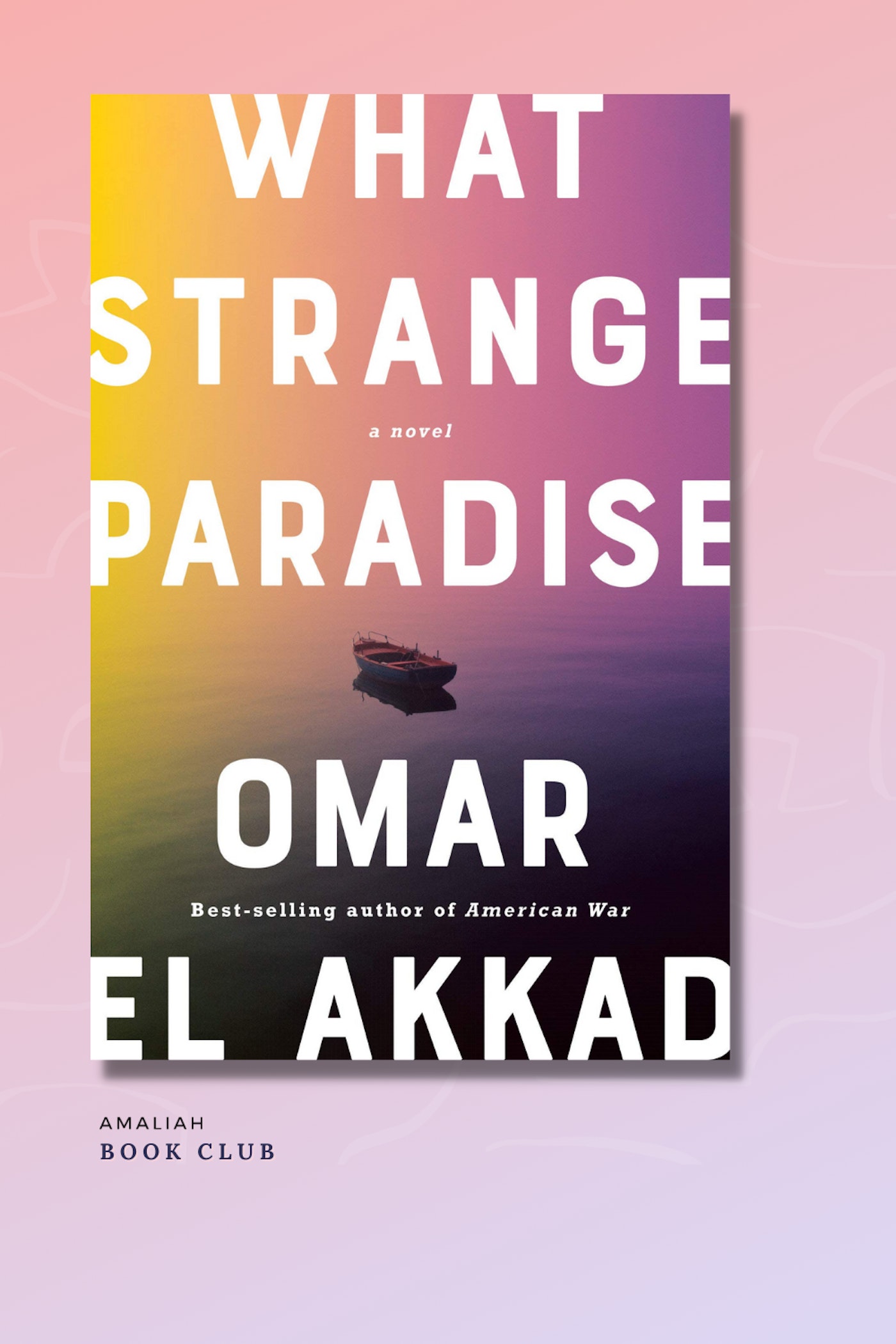 More bodies have washed up on the shores of a small island. Another overfilled, ill-equipped, dilapidated ship has sunk under the weight of its too many passengers: Syrians, Ethiopians, Egyptians, Lebanese, Palestinians, all of them desperate to escape untenable lives back in their homelands. But miraculously, someone has survived the passage: nine-year-old Amir, a Syrian boy who is soon rescued by Vanna. Vanna is a teenage girl, who, despite being native to the island, experiences her own sense of homelessness in a place and among people she has come to disdain. And though Vanna and Amir are complete strangers, though they don’t speak a common language, Vanna is determined to do whatever it takes to save the boy.

In alternating chapters, we learn about Amir’s life and how he came to be on the boat, and we follow him and the girl as they make their way toward safety. What Strange Paradise is the story of two children finding their way through a hostile world. But it is also a story of empathy and indifference, of hope and despair–and about the way each of those things can blind us to reality.

Homecoming: Overcome Fear and Trauma to Reclaim Your Whole, Authentic Self 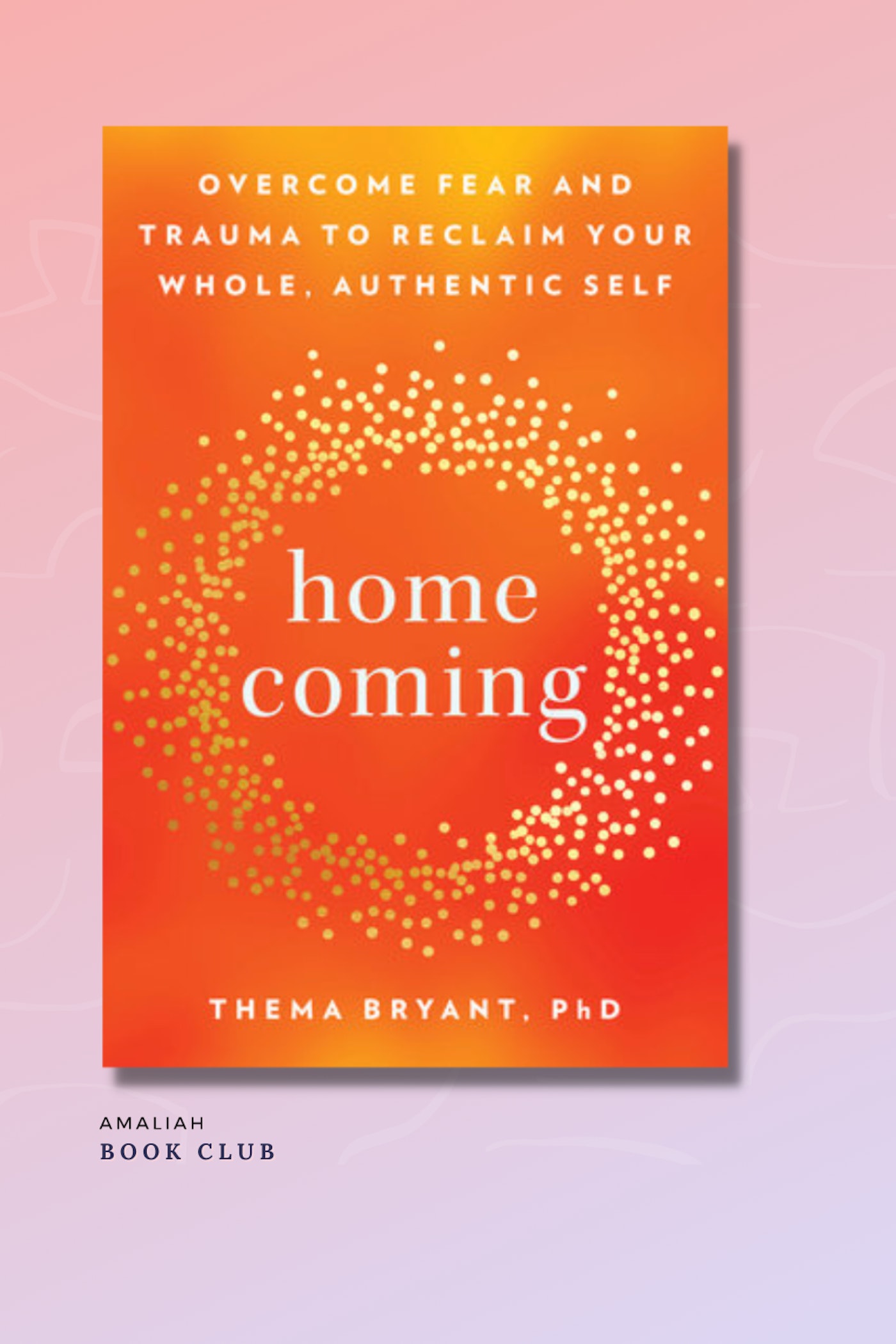 In the aftermath of stress, disappointment, and trauma, people often fall into survival mode, even while a part of them longs for more. Juggling multiple demands and responsibilities keeps them busy, but not healed. As a survivor of sexual assault, racism, and evacuation from a civil war in Liberia, Dr. Thema Bryant knows intimately the work involved in healing. Having made the journey herself, in addition to guiding others as a clinical psychologist and ordained minister, Dr. Thema shows you how to reconnect with your authentic self and reclaim your time, your voice, your life.