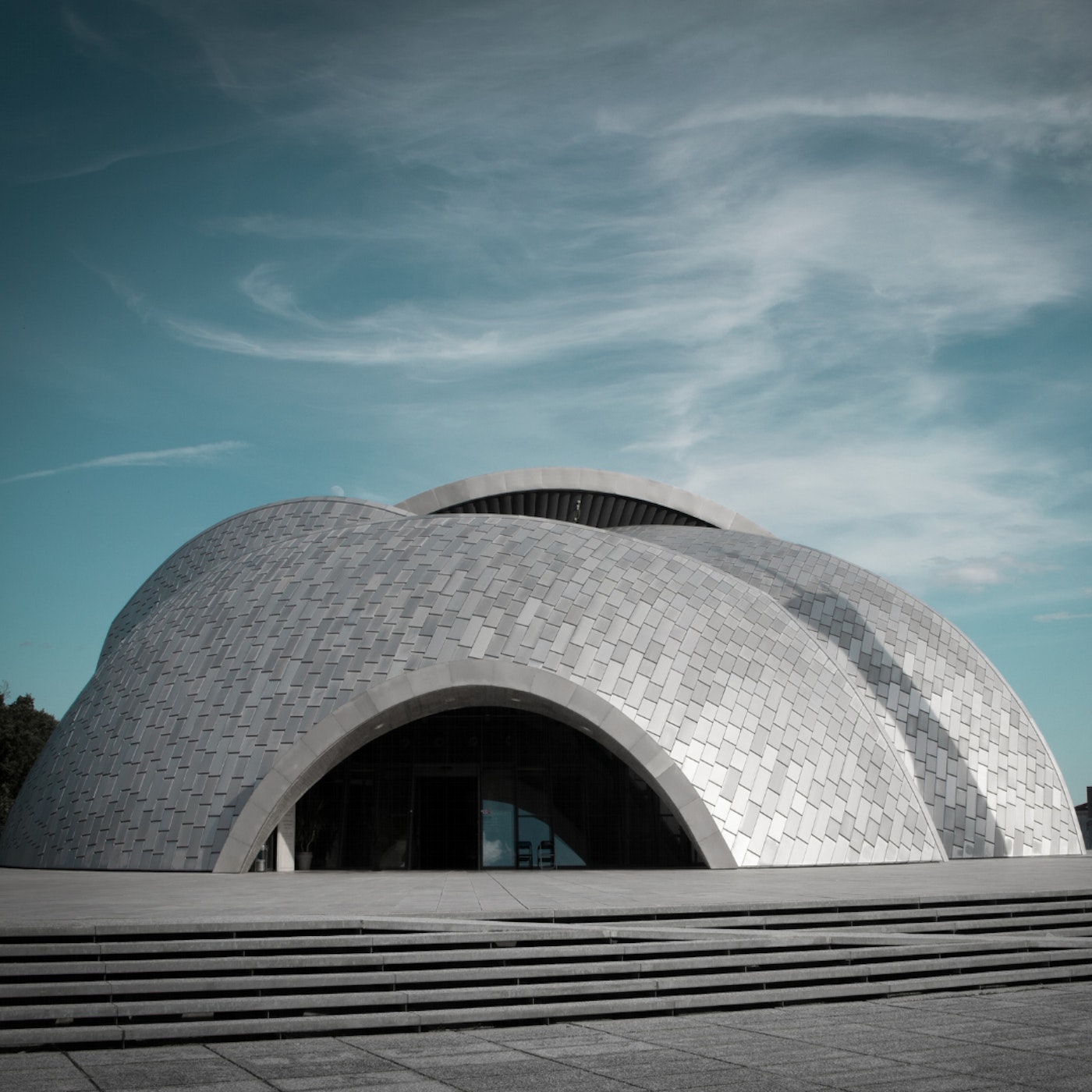 Designed by a sculptor rather than an architect; Dušan Džamonja initially sculpted a miniature model of the mosque, before collaborating with architects to bring his model to life. The completed building opened in 2013. ⁠
⁠
The mosque is made up of five domes and semi domes. Five separate parts come together to visually constitute a single dome. The minaret is 23 metres high. More urban building materials are used in its construction, with the outer part of the domes made of ventilated stainless-steel plates. The minaret is made from central conical steel cylinder and sheet-steel mantle. ⁠

⁠
Located towards the coast, The Islamic Center of Rijeka offers a breathtaking view of the Kvarner Bay.⁠
⁠
The full complex has been built on an area of 10,800 square metres, with the prayer space able accommodate up to 1400 people. The overall complex has four floors, with a mosque, a multipurpose hall, teaching room, library and other facilities.

The largest mosque in Croatia