From contemporary drama, family sagas, Japanese stories, Islamic black history to European black history, this is what the Amaliah team has been reading this month.

All My Rage by Sabaa Tahir 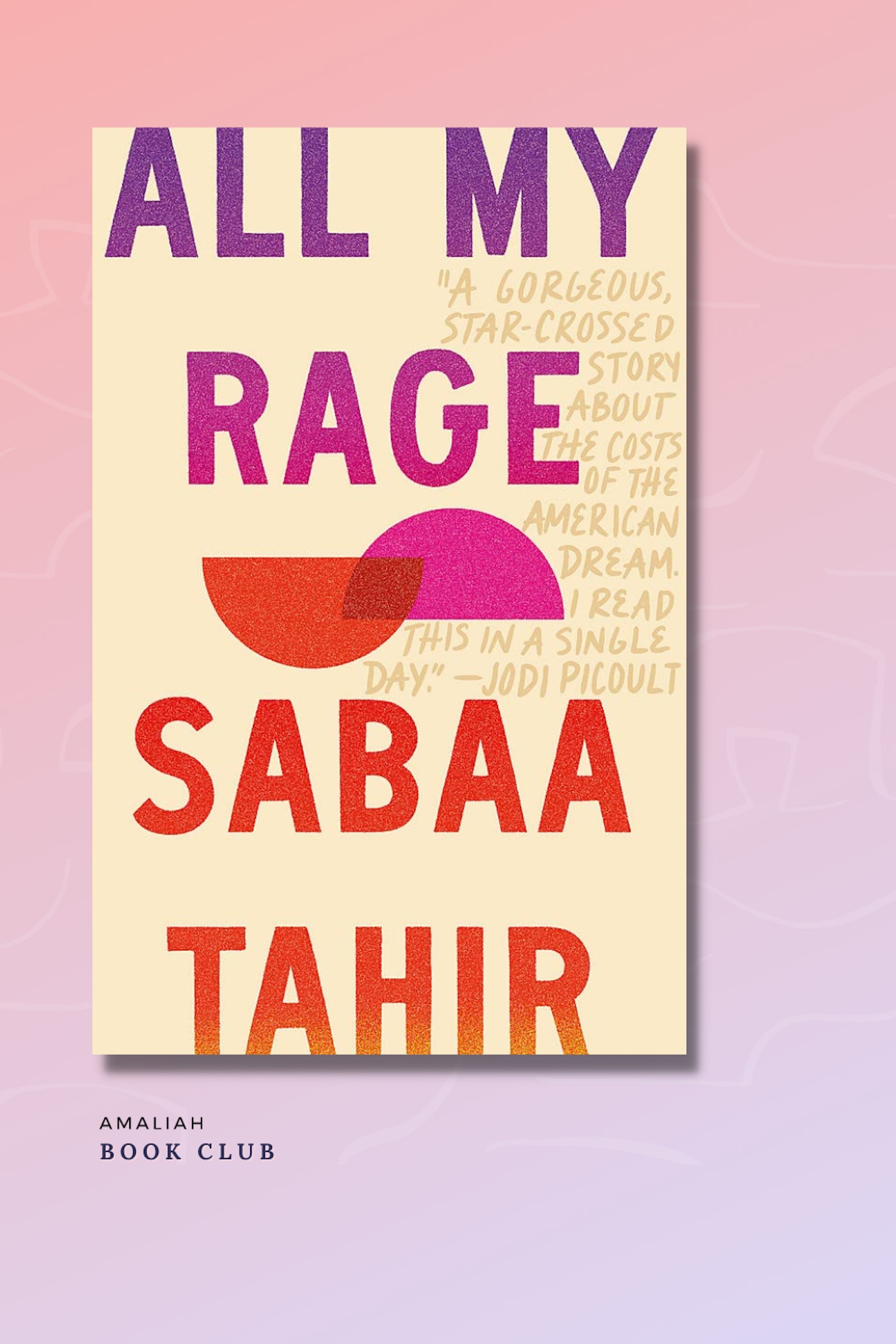 Salahudin and Noor are more than best friends; they are family. Growing up as outcasts in the small desert town of Juniper, California, they understand each other the way no one else does. Until The Fight, which destroys their bond with the swift fury of a star exploding.

Now, Sal scrambles to run the family motel as his mother Misbah’s health fails and his grieving father loses himself to alcoholism. Noor, meanwhile, walks a harrowing tightrope: working at her wrathful uncle’s liquor store while hiding the fact that she’s applying to college so she can escape him—and Juniper—forever.

When Sal’s attempts to save the motel spiral out of control, he and Noor must ask themselves what friendship is worth—and what it takes to defeat the monsters in their pasts and the ones in their midst.

Beyond Bilal: Black History in Islam by Mustafa Briggs 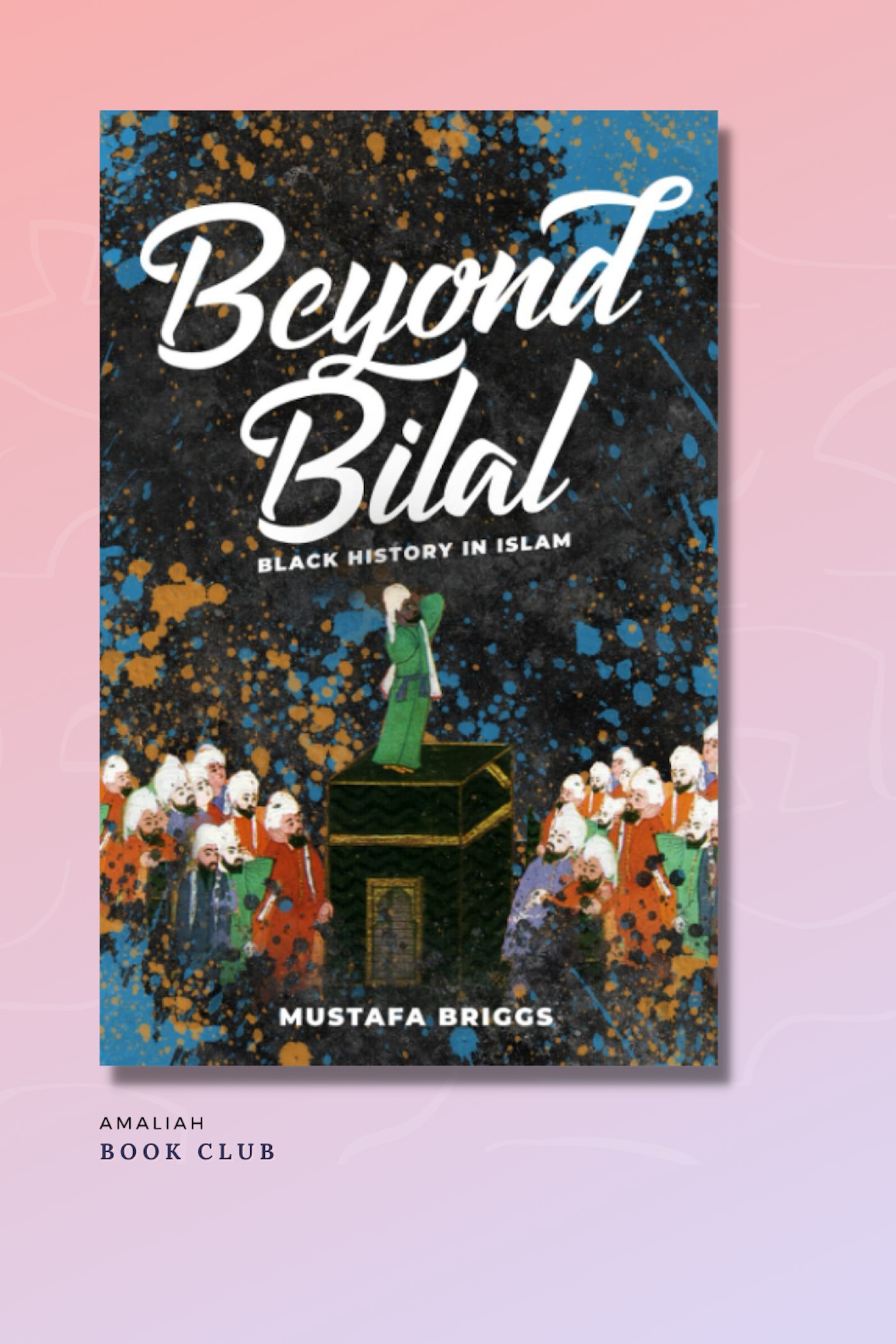 Beyond Bilal explores and uncovers the deep rooted relationship between Islam and Black History, from Black Prophets and prominent figures in the Qur’an, to the unknown black Sahaba and scholars of the early generations, the history of Islam in Africa, and the legacy of contemporary African Islamic scholarship and its role in the International Relations of the Muslim World.

A Place For Us by Fatima Farheen Mirza 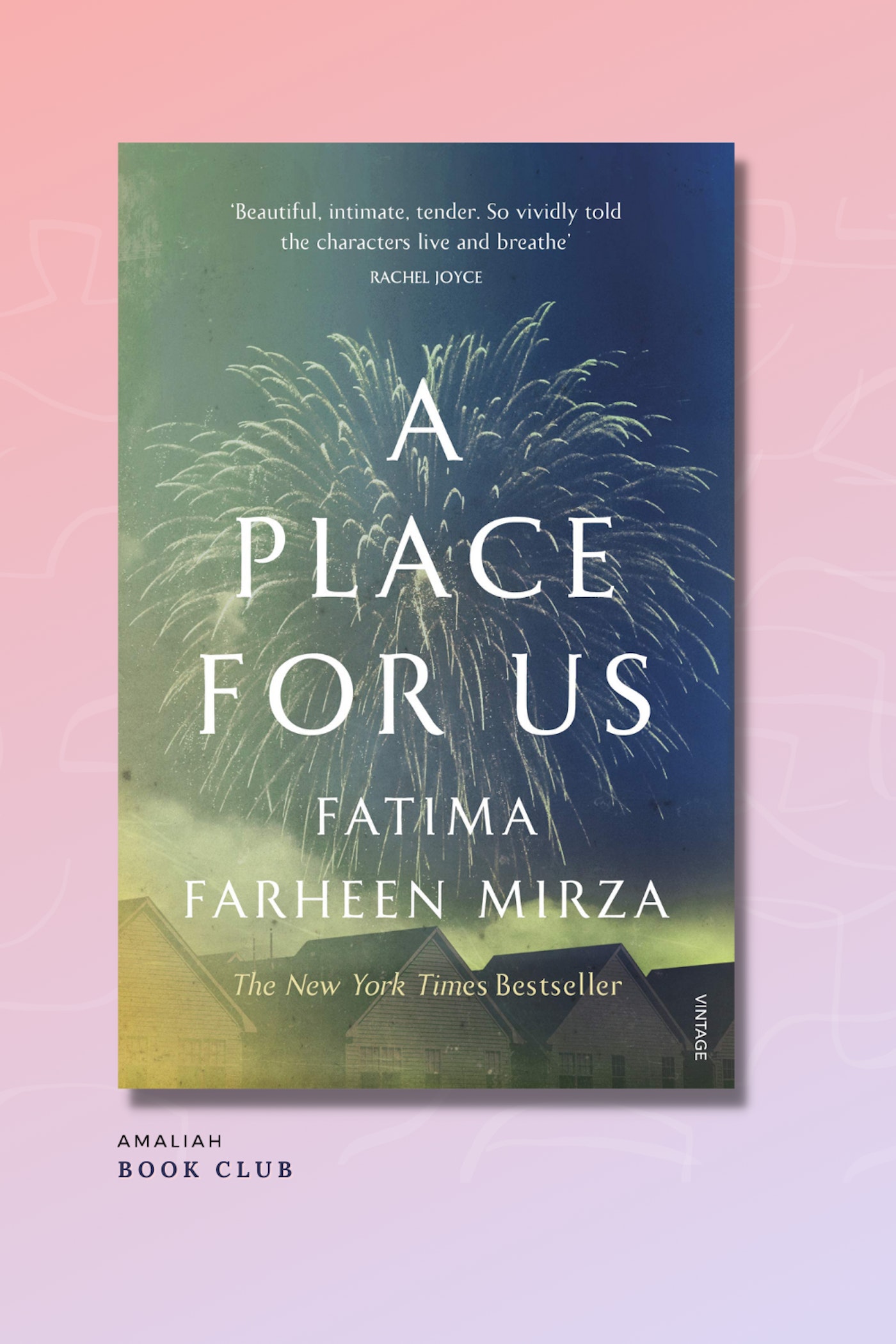 An Indian-Muslim family is preparing for their eldest daughter’s wedding. But as Hadia’s marriage – one chosen of love, not tradition – gathers the family back together, there is only one thing on their minds: can Amar, the estranged younger brother of the bride, be trusted to behave himself after three years away?

A Place for Us tells the story of one family and all family life: of coming to terms with the choices we make, of reconciingly past and present and of how the smallest decisions can lead to the deepest betrayals.

Against White Feminism by Rafia Zakaria 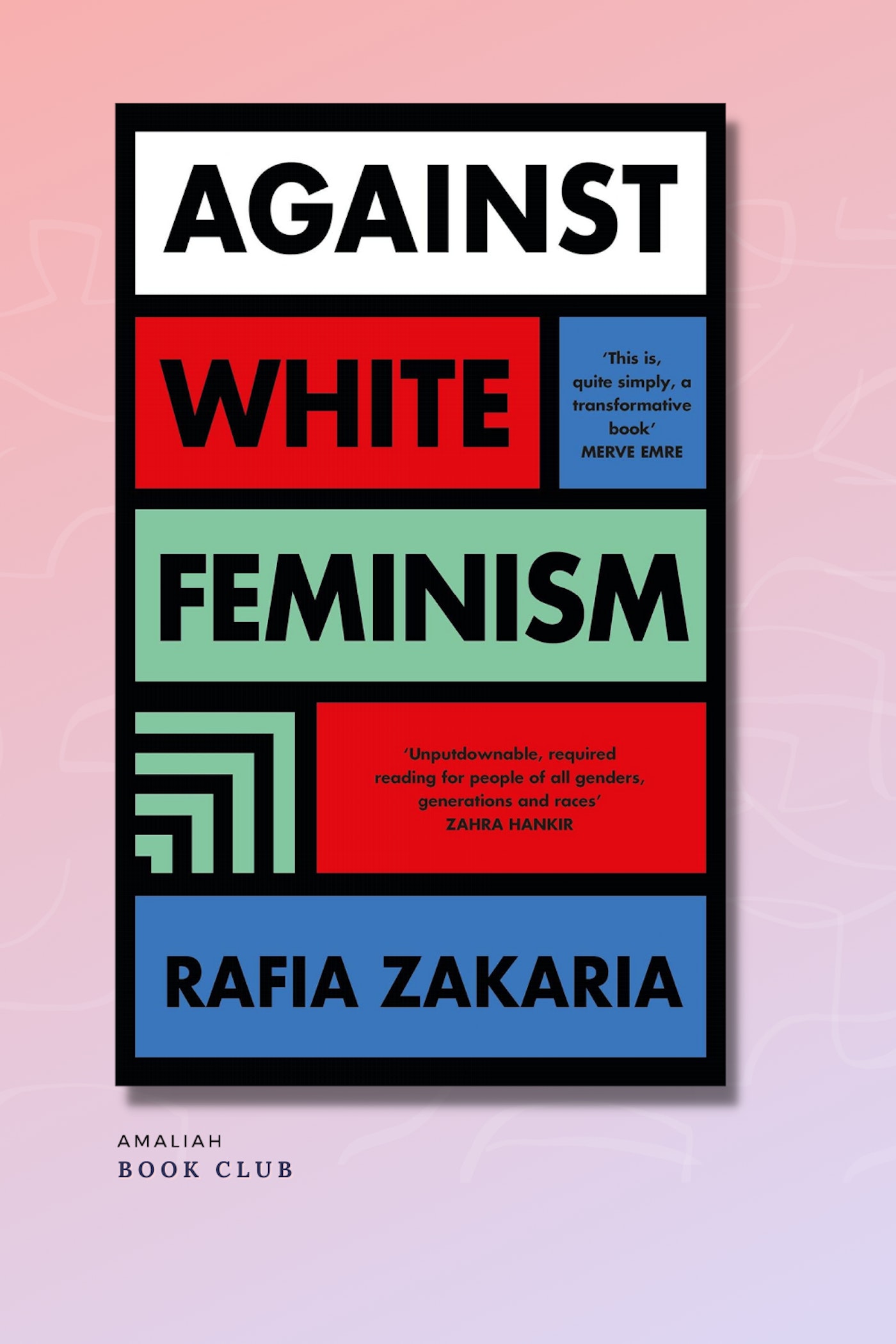 Eye-opening, timely and impossible to ignore, Against White Feminism traces the connections between feminism and white supremacy from the earliest stirrings of the women’s suffrage movement to the ‘fourth wave’ we see today, demonstrating how an idea based on equality has been corrupted by prejudice and exploitation from the start. Rafia Zakaria issues a powerful call to arms to every reader to build a new kind of feminism which will light the path to true emancipation for all.

The Stardust Thief by Chelsea Abdullah 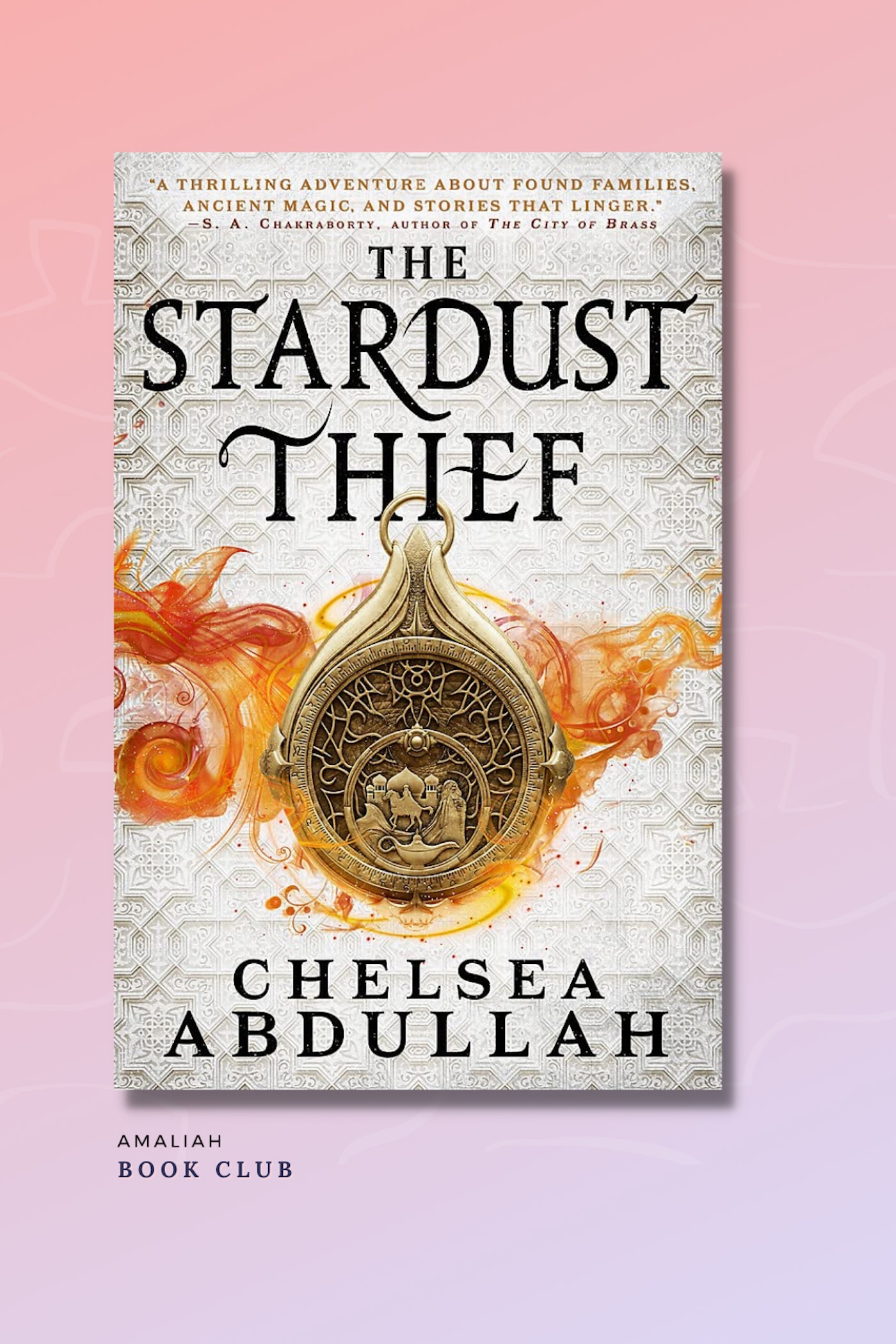 Neither here nor there, but long ago…

Loulie al-Nazari is the Midnight Merchant: a criminal who, with the help of her jinn bodyguard, hunts and sells illegal magic. When she saves the life of a cowardly prince, she draws the attention of his powerful father, the sultan, who blackmails her into finding an ancient lamp.

With no choice but to obey or be executed, Loulie journeys with the sultan’s oldest son to find the artefact. Aided by her bodyguard, who has secrets of his own, they must survive ghoul attacks, outwit a vengeful jinn queen and confront a malicious killer from Loulie’s past. And, in a world where story is reality and illusion is truth, Loulie will discover that everything – her enemy, her magic, even her own past – is not what it seems, and she must decide who she will become in this new reality.

Grief Is The Thing With Feathers by Max Porter 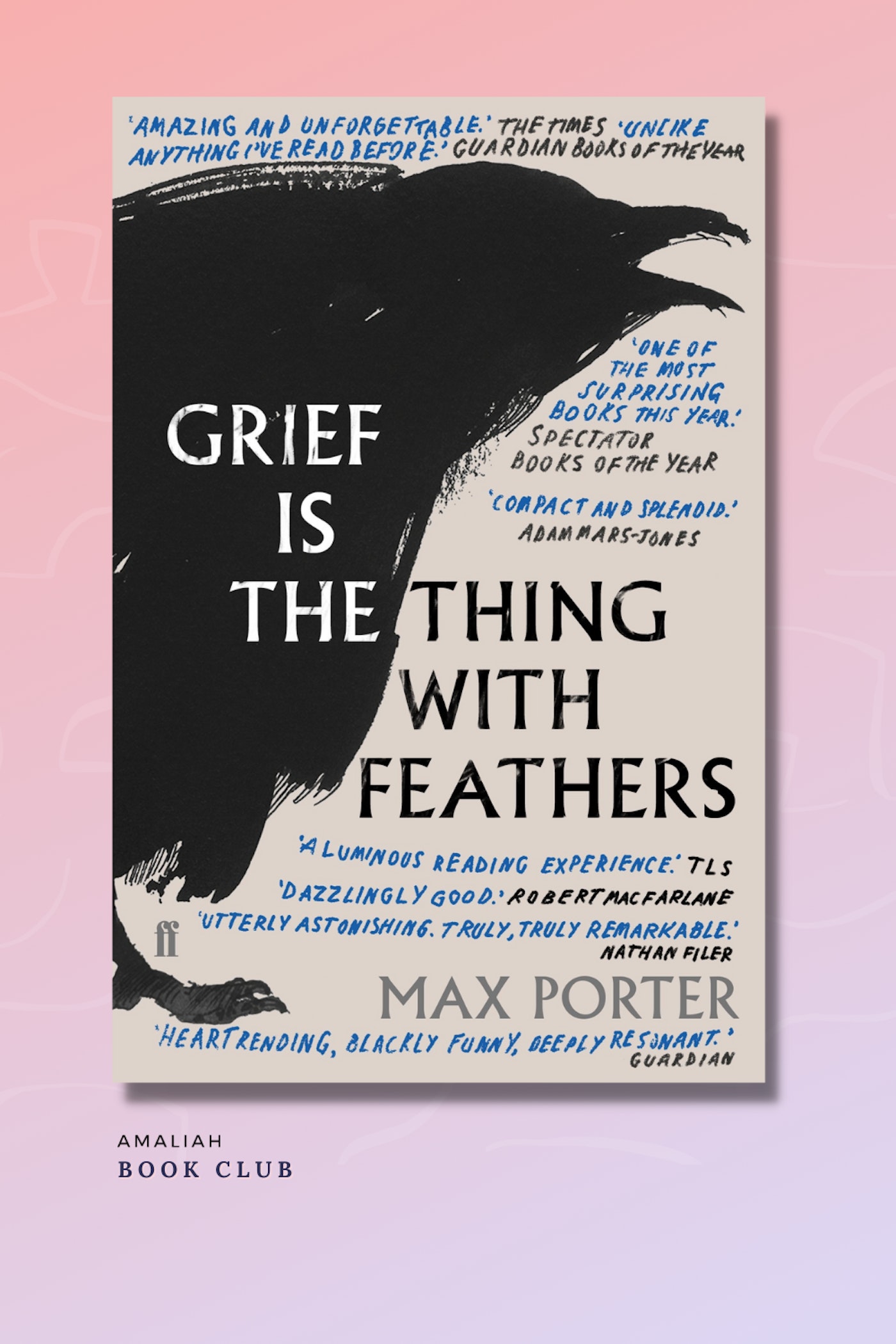 This extraordinary debut, partly based on Ted Hughes’ Crow collection, is a deft feat of linguistic playfulness and daring, full of unexpected humour and emotional truth. It marks the arrival of a thrilling and significant new literary talent.

Before The Coffee Gets Cold by Toshikazu Kawaguchi 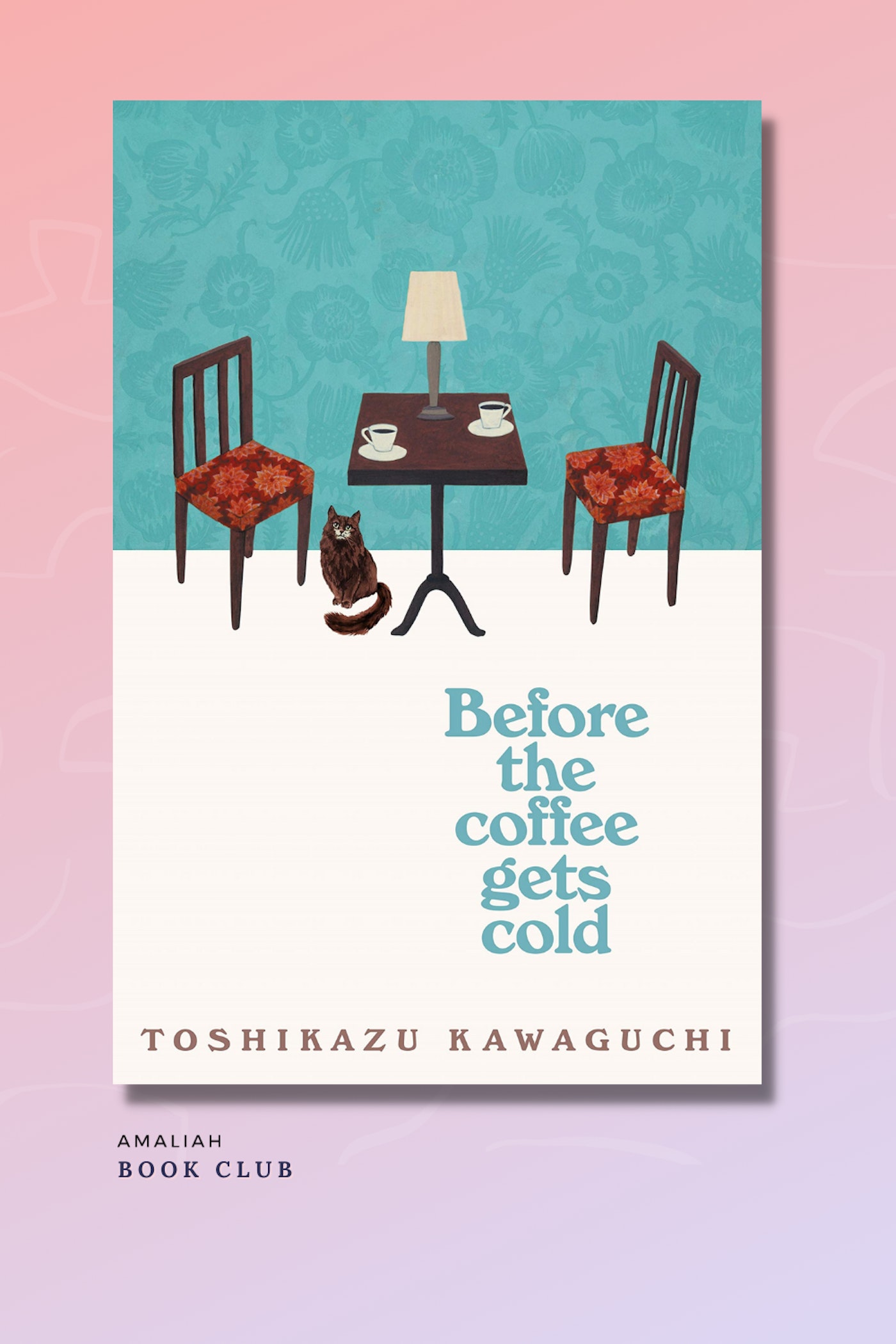 In a small back alley in Tokyo, there is a cafe which has been serving carefully brewed coffee for more than one hundred years. But this coffee shop offers its customers a unique experience: the chance to travel back in time.

Toshikazu Kawaguchi’s beautiful, moving story – translated from Japanese by Geoffrey Trousselot – explores the age-old question: what would you change if you could travel back in time? More importantly, who would you want to meet, maybe for one last time? 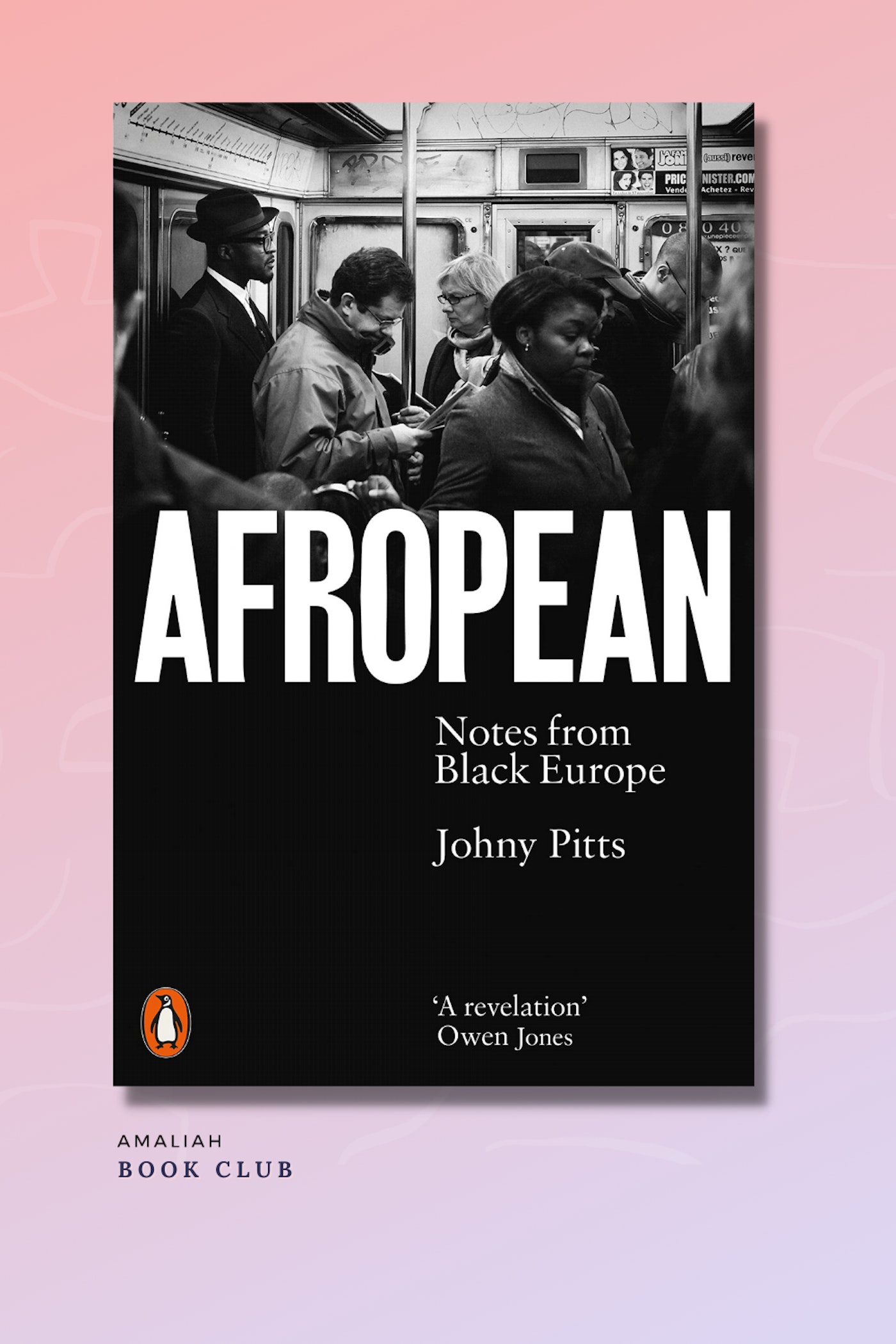 Afropean is an on-the-ground documentary of areas where Europeans of African descent are juggling their multiple allegiances and forging new identities.

Here is an alternative map of the continent, taking the reader to places like Cova Da Moura, the Cape Verdean shantytown on the outskirts of Lisbon with its own underground economy, and Rinkeby, the area of Stockholm that is eighty per cent Muslim. Johny Pitts visits the former Patrice Lumumba University in Moscow, where West African students are still making the most of Cold War ties with the USSR, and Clichy Sous Bois in Paris, which gave birth to the 2005 riots, all the while presenting Afropeans as lead actors in their own story. 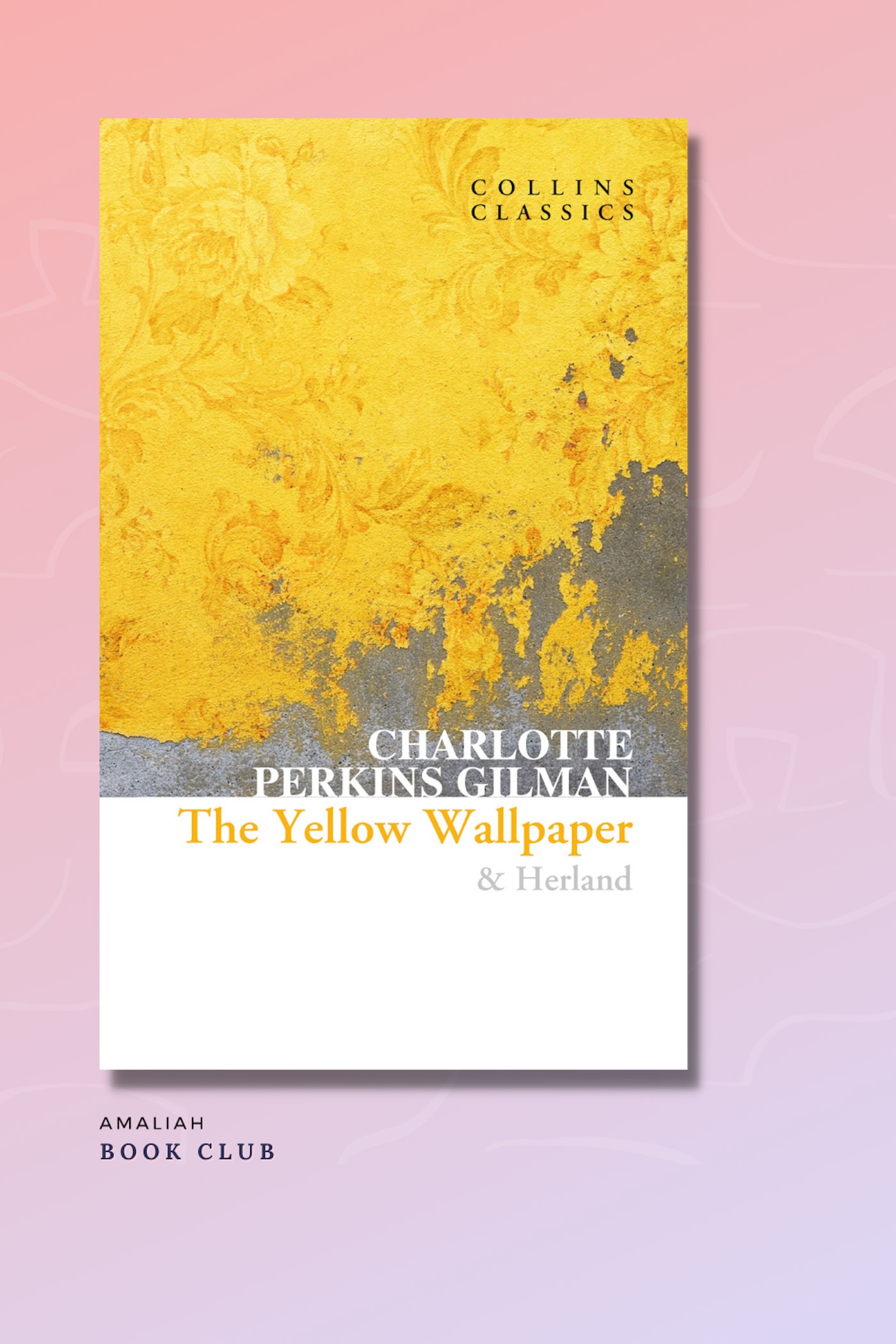 Based on the author’s own experiences, ‘The Yellow Wallpaper’ is the chilling tale of a woman driven to the brink of insanity by the ‘rest cure’ prescribed after the birth of her child. Isolated in a crumbling colonial mansion, in a room with bars on the windows, the tortuous pattern of the yellow wallpaper winds its way into the recesses of her mind.

Natives: Race and Class in the Ruins of Empire by Akala 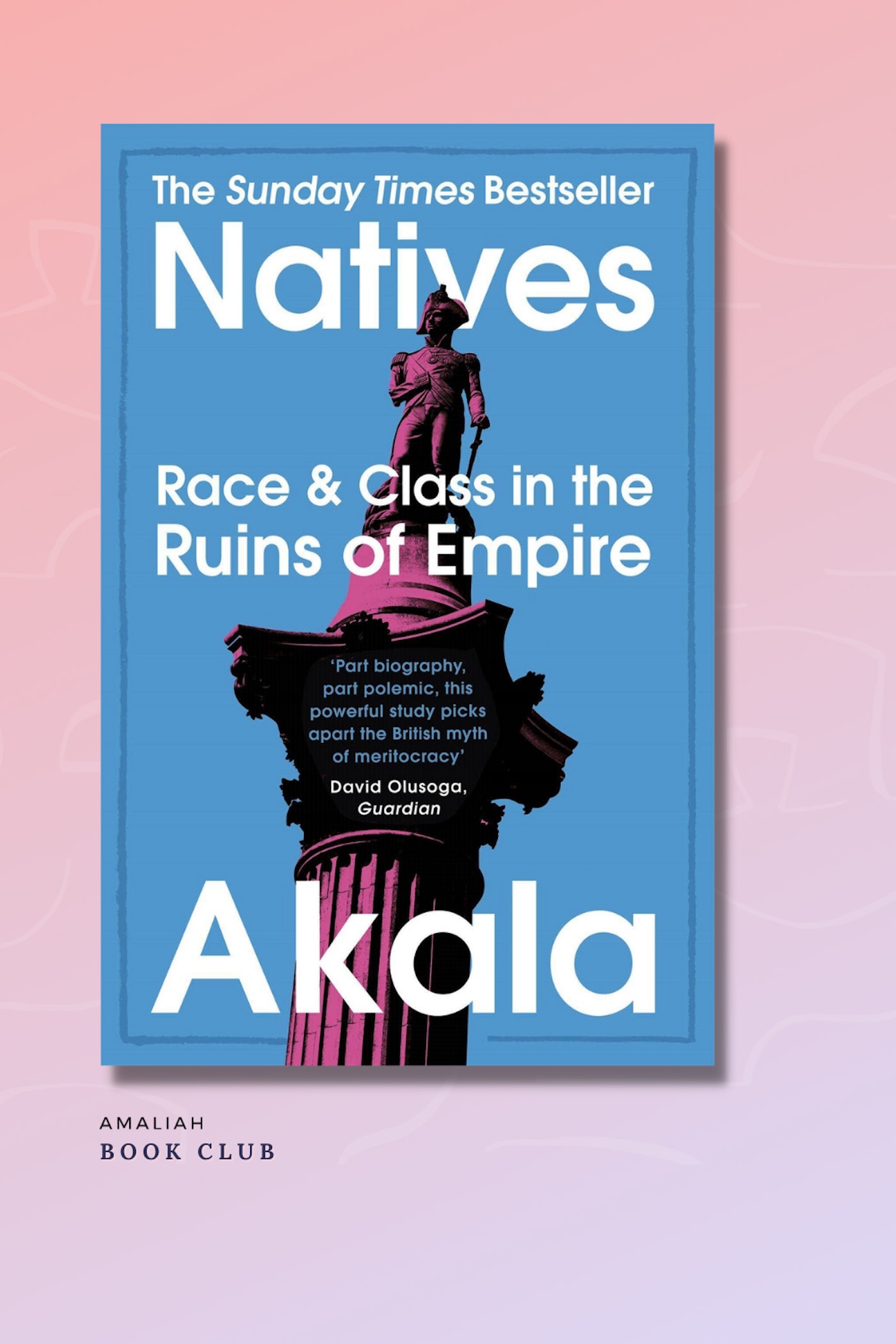 Covering everything from the police, education and identity to politics, sexual objectification and the far right, Natives will speak directly to British denial and squeamishness when it comes to confronting issues of race and class that are at the heart of the legacy of Britain’s racialised empire. 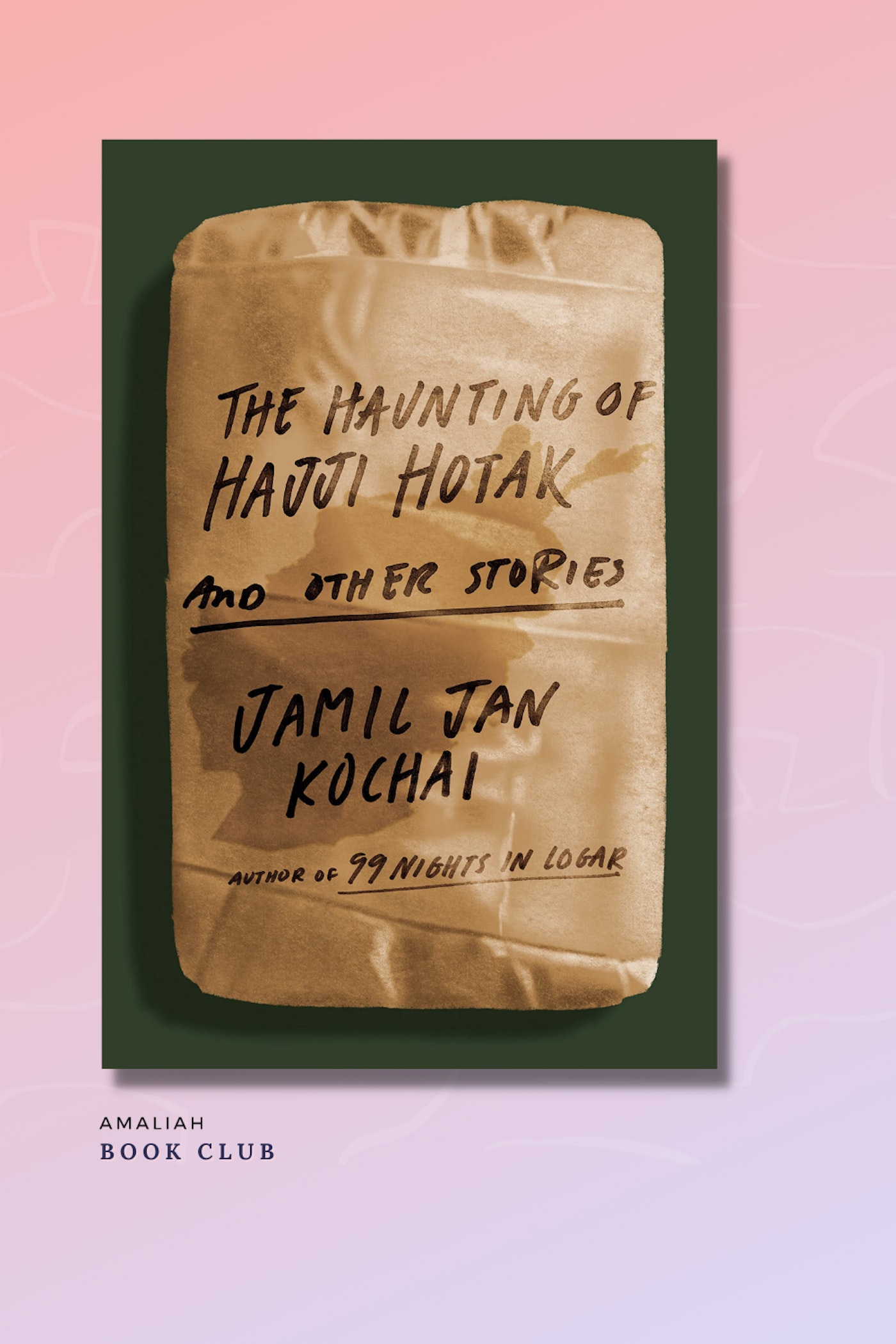 The Haunting of Hajji Hotak and Other Stories is a moving exploration of characters grappling with the ghosts of war and displacement—and one that speaks to the immediate political landscape we reckon with today. 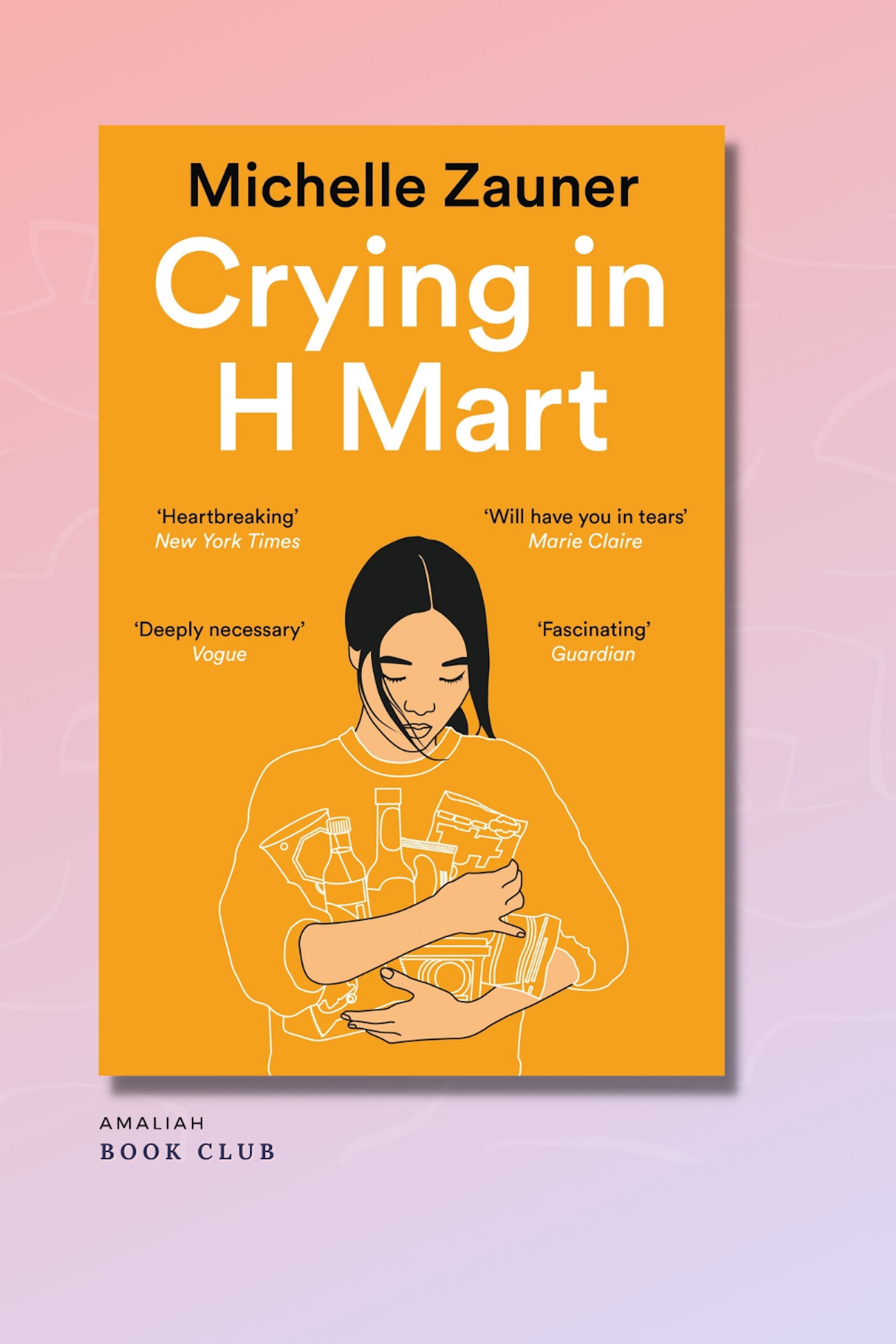 From the indie rockstar Japanese Breakfast, an unflinching, powerful, deeply moving memoir about growing up mixed-race, Korean food, losing her Korean mother, and forging her own identity.

The Case Against The Sexual Revolution by Louise Perry

Wrong, argues Louise Perry in her provocative new book. Although it would be neither possible nor desirable to turn the clock back to a world of pre-60s sexual mores, she argues that the amoral libertinism and callous disenchantment of liberal feminism and our contemporary hypersexualised culture represent more loss than gain. The main winners from a world of rough sex, hook-up culture and ubiquitous porn – where anything goes and only consent matters – are a tiny minority of high-status men, not the women forced to accommodate the excesses of male lust. While dispensing sage advice to the generations paying the price for these excesses, she makes a passionate case for a new sexual culture built around dignity, virtue and restraint.