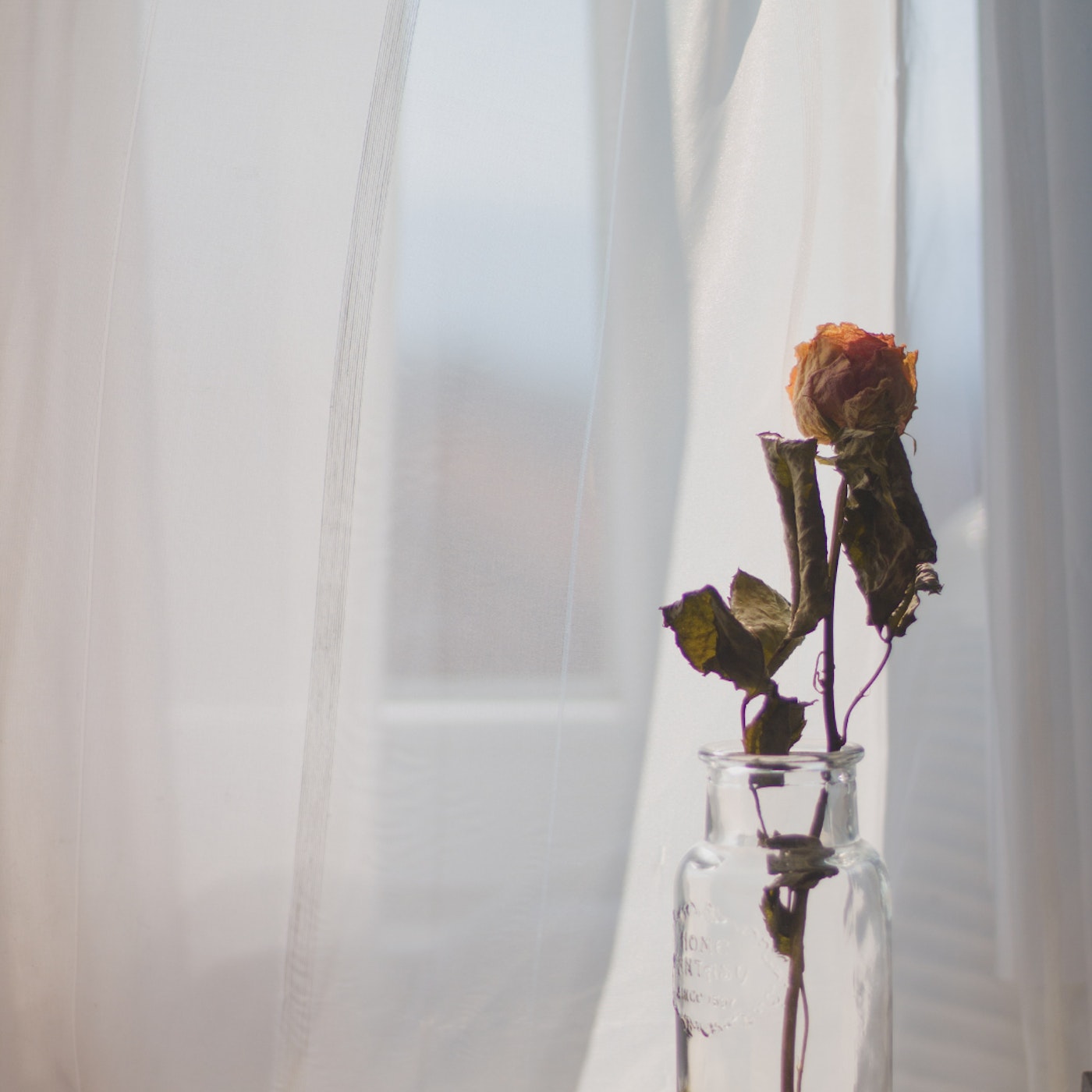 My first proper understanding of sadness was during a lecture on Surah Yusuf  where I learned about Prophet Yusuf being abandoned in a well in the middle of nowhere by his brothers, what struck me the most was how sad his father, Prophet Yaqub, was after Yusuf went missing. Prior to this moment, it never occurred to me that Muslims were allowed to be sad, that a Prophet of Allah could cry so much over the loss of his son to the point of losing his eyesight.

And in that moment, as understanding dawned on me, I felt a relief so overpowering, I let myself cry this time, without limits.

In a society where being Muslim is synonymous to being a superhero, where we are subtly discouraged from being human enough to be expressive, I struggled with managing certain emotions, the bulk of which had accumulated over the years.

I would only say ‘Alhamdulillah’ and move on, as though my life wasn’t falling apart and my heart wasn’t breaking. This is not to say that I don’t believe in Alhamdulillah, but rather to emphasise that we are allowed to say Alhamdulillah while breaking down in sobs. It took me years to understand that acknowledging my pain, as well as craving healing and ease, doesn’t make me less of a Muslim. In fact, several verses in the Qur’an negate the popular belief of ‘facing every trial with a smile.’ One of the many proofs of this is a dua in the last verse of Surah Al-Baqarah: ‘Our Lord lay not on us a burden greater than what we can bear’ (Qur’an 2:286). As humans we are allowed to fear being completely drained; there is nothing wrong with having that fear, hence why Allah blessed us with this dua.

The thing about pain is that although universal, you alone know how deeply and where specifically it hurts, therefore nobody has the right to tell you how to navigate it.

I wish I knew this when I was much younger so that while I looked at people I was better than in order to be grateful for what I had, I could also properly cry for what I lost without feeling ungrateful. Life is a balance after all.

For as long as I can remember, I have wanted to be many things, and for many years, I have struggled with finding a place for myself in the world.

I align myself with so many things that it often feels like I align with nothing at all. Recently, I began to study Islam beyond what I grew up being taught was required, and only then did I truly fall in love. I found a connection I didn’t know was lost and everything that seemed like a blur, suddenly became apparent and reachable. I experienced the same with pain. Burying everything that hurt me did not help boost my Iman as I was often told it would; it was in the painful, vulnerable breaking, that I truly found Allah. And a quote I once read comes to mind, ‘I’ve known Allah through the breakages of my plans. Then I knew that there is Someone other than me in control of my affairs.’

A few years ago, if I was asked to write about pain and fear, I would have passionately written about the pains of others that I have perhaps absorbed or projected onto myself. Yet now, having physically and emotionally experienced pain, I struggle with what to include and what to leave out for fear of being too vulnerable.

I have tried to approach pain from the perspective of the comforter. I’ve learnt that most times when people tell us to look at those we are better than, perhaps it’s to help us avoid focusing entirely on our pain that we become consumed by it.

But as pain is out of our control, we may mistake their concern for dismissal. Ultimately, people can offer comfort, and we can choose to be comforted. Other times, we may dismiss people’s pain by focusing too much on the details of events which led to the painful experience, rather than on how the experience has affected them.

Allah places us in the lives of those going through hardship as others have been placed in our lives.

Often in response to pain, we tell people to have sabr and dry their tears, we tell them good things to make them feel better. Perhaps due to our experiences, we assume it’s what they need to hear. But pain comes in varying forms and degrees. We learn and relearn the context of Qadr every time a calamity befalls us. As Muslims, we often say this to people not just because it is the truth, but because it is our reality, that everything that has happened, is happening and will happen, was written thousands of years ago. In relation to this, our Prophet Muhammad ﷺ said, ‘The pen has been lifted and the pages have dried.’ (Sahih At-Tirmidhi). Yet, we try to comprehend what is happening around us, despite understanding Qadr and having Sabr. It’s a never ending battle.

So perhaps, when a Muslim breaks down, sabr is the very essence which keeps them from completely falling apart. Sabr could be in every tear drop, sob, anxiety, guilt, fear and heartbreak. Perhaps Allah places us in the life of the broken so we can offer comfort or help them heal, not because they lack sabr, but because He made us humans, who are allowed to cry and feel sad.

In His wisdom, He places us in their lives to be the calming voice and the soothing touch they need. In a lecture by Nouman Ali Khan it was shared ‘Sabr doesn’t mean the absence of these emotions, but the ability to express them properly without exceeding the limit set by Allah.’ For example, you can be angry at your wife or child, but you must remember Allah enjoins you to treat them kindly, therefore the anger must be expressed in such a way that you don’t say hurtful words or lift a finger to beat them or harm them.

The memories I have of overcoming any difficulty are the gentle words and actions of people that changed my perspective and opened my heart to tawakkul. Many times, these words or actions were done innocently, not realising how deeply they penetrated and how much they contributed to my healing. Now, when someone tells me they are sad, I don’t just absorb their sadness, I comfort them, talking when I need to and being silent when I need to. I don’t know how to make them feel better because I realise that it is a journey they must travel, but I let them know that I would hold their hands along the way and say only kind words, perhaps the words will do to them what similar words have done for me. And when the storm passes, I will remind them of the verse in the Qur’an where Allah says ‘And seek help through patience and prayer,’ (Qur’an 2:45) because we must all come to the point of acceptance that Allah is in control of our affairs while making dua for what we want, because dua changes Qadr: ‘Allah blots out what He wills and confirms what He wills. And with Him is the Mother of the Book.’ (Qur’an 13:39)

Maryann Saeed Otuh is a writer and poet. She has published a chapbook titled 'Of Flowers Like Cactus' and has participated in workshops such as SPRIING Literary Movement Workshop. Her works have appeared in Hikaayat, Spriing Magazine and Penprofile. IG: @Maryamotuh FB: @Maryam Saeed Otuh