Islam Does Not Ask Us to Have “Passive” Sabr With Domestic Violence, so Why Do We Hear It?

by Shanzay Sethi in Relationships on 17th August, 2022 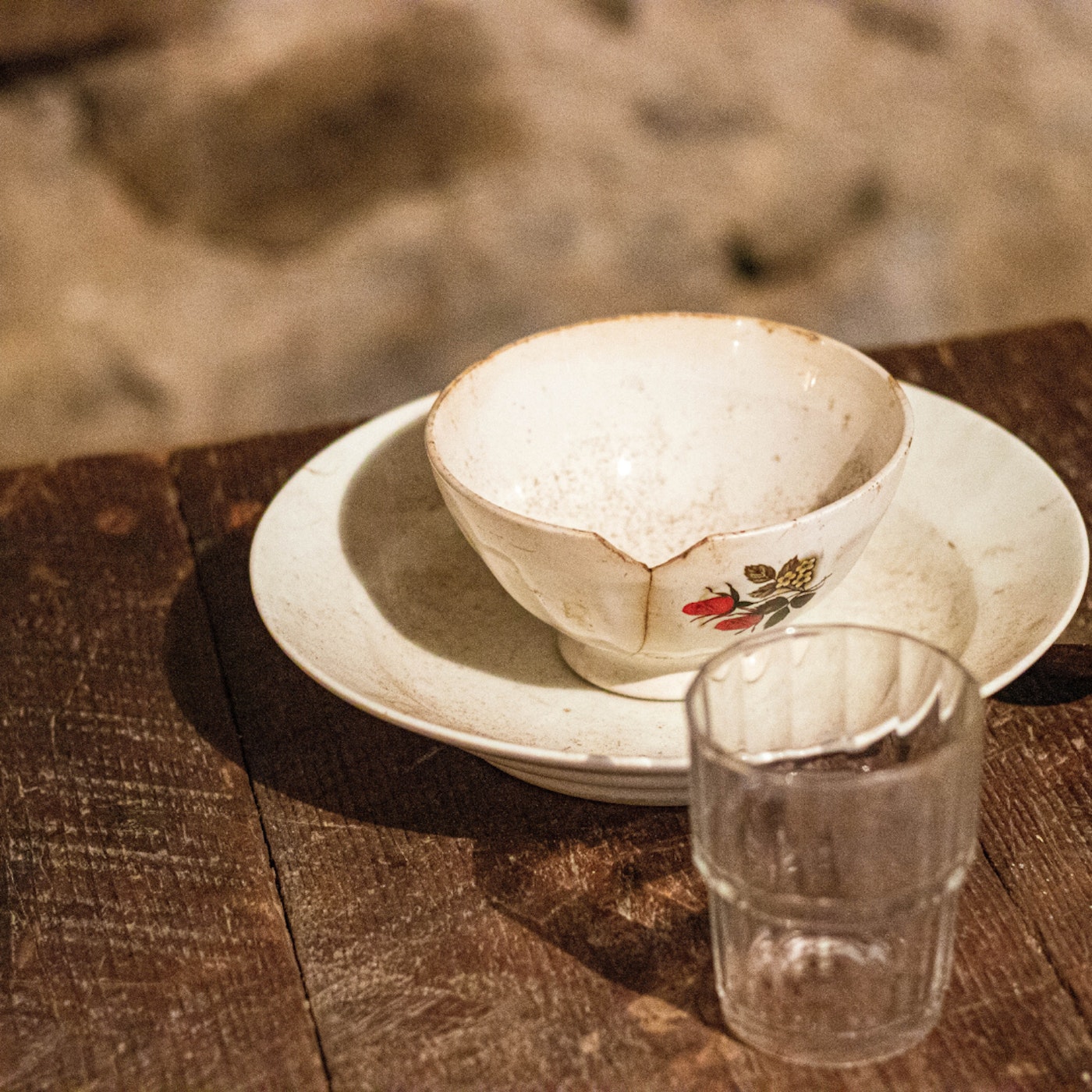 We have often heard from Muslim women in our community that they have been told to have ‘Sabr’ in situations that ultimately are classified as Domestic Abuse, Shanzay Sethi looks at what Sabr actually means and shares what does Islam say about Domestic Violence.

Trigger Warning: This article is of a sensitive nature and looks at Domestic violence against women

There is a word in Urdu and Punjabi that I grew up hearing repeatedly until it was engraved in my soul.

“Sabr,” my Dadi would say as I tugged her sleeve for lunch after a long day at school.

“Sabr,” my mother would say every time my father reprimands me for my gender.

“Sabr,” I heard a doctor whisper over my shoulder when I was battling with panic attacks.

But what is Sabr?

Sabr is not just a state of being, but an act of ultimate submission. It’s a concept we are taught, one of the greatest virtues a believer is told to have, and which Allah, exalted is He, encourages us to have in various forms:

Unfortunately, in the Muslim community the term Sabr is often misconstrued and sometimes used to overlook toxic behaviour, intimate partner violence, manipulative relationships, and to an extent, justify such behaviours.

“Just have sabr (patience), things will change eventually on their own.”

This is a sentence I’ve heard too many times, and in some cases these words help to navigate difficult situations. However, it’s also used and abused to justify acts of violence. Sabr has become entwined with passivity in the Muslim community and is used to justify our meekness towards acts of horror. When we are told by Allah to have Sabr, it does not imply being passive about our struggles, rather these are times when we need to stand firm. In the last ayah of Surah Al-Imran, Allah (SWT) tells the believers to have Sabr:

“O you who have believed, persevere and endure and remain stationed, and fear Allah that you may be successful.” (Qur’an 3:200)

Through this ayah, we witness several derivations of the same concept of Sabr. For example, how it fits in the context of oppression or abuse, which is quite the opposite of what we mean when we refer to Sabr. Sabr does not mean that you don’t take any action to end the oppression. You have to take charge. In fact, in order to take action and be successful, and to be firm in the action you are taking, you need Sabr. You need to be able to stand firm and persevere if you are going to stand up against oppression.

When we explore the meaning of sabr as ‘standing firm’, in the case of a mother experiencing domestic abuse, it means resisting or confronting the situation with resistance, to ensure you and your children are safe. Sabr is not staying in the relationship enduring abuse and pain. While it is extremely difficult for women to simply walk away from these relationships, it comes at the cost of being in constant pain, withering themselves, and making themselves unseen because of an oppressive man. But this man in your life is NOT YOUR LORD.

This is what it looks like when you place an object (your husband, your father, your partner, your children), in a part of your heart where only Allah should be. As a result, you become a slave to abuse and all the voices around you who justify the act of abuse using the term “sabr”.You will always be degraded and humiliated because that is what slavery and the stripping of an identity does to your soul; it weakens you.

Living a life free of violence is a fundamental human right. Global statistical data reported by United Nations found that 1 in 3 women are victims of physical, emotional, or sexual abuse by their intimate partners or family members. In terms of domestic violence, research has shown that women are 38% more likely than men to experience violence.

But what does intimate partner violence look like in the Muslim Community? The Muslim Wheel of Domestic Violence, a useful tool for understanding what spiritual abuse looks like in Muslim relationships, was developed by Sr. Sharifa Alkhateeb. It conveys some of the ways religion can be distorted to justify abuse against women and children in the family context, which is a form of spiritual abuse and should be labelled as one.

How abuse can manifest in a Muslim household:

Psychologist Lenore Walker in her book, The Battered Women, addressed that abuse often happens without warning, outside of any set cycle.  She further elaborated how the brain knows the attachment is unhealthy, but the heart uses every excuse in the book to justify the act of oppression. The idea that abuse happens in a circular motion means that victims have a difficult time accepting that the responsibility for the abuse lies with the abuser. Remaining in the cycle and constantly attempting to keep calm tends to become a strategy for one’s survival. The only way to heal is to strip the heart barren and swallow the bitter pill that being passively patient against oppression is not something that Islam teaches us. In fact, the Prophet ﷺ, taught us that:

“If you see something wrong, try to change it with your hand. If you cannot, speak out against it. And if you cannot, then at the very least hate it in your heart, and this is the weakest level of Iman (faith).” (Muslim)

If somebody mistreats your body and soul, they are mistreating a home which belongs to Allah; they are violating Allah’s trust.

Everything we have – our eyes, our bodies, our minds – are all a trust between us andAllah. So, it is upon us to take care of ourselves and take back control. Your children are also a trust; they’ve been left in your care by Allah. Therefore, if someone harms your children, it is upon you to stop that. There is greater harm in a child growing up in an abusive household or relationship, than there is when the child comes from a family where the parents are divorced. You have to consider the consequences, and determine whether it’s worth the damage to your children.

A question I often come across during my work with victims of domestic abuse is, ‘but how will I provide for my children?’ While this is a valid fear, it is important to turn to the Qur’an for what Allah – the One who has control over everything – says on the matter of provision:

“And for those who fear Allah, He (ever) prepares a way out. And He provides for him from (sources) he never could imagine. And if anyone puts his trust in Allah, sufficient is (Allah) for him. For Allah will surely accomplish his purpose: verily, for all things has Allah appointed a due proportion.” (Qur’an  65:2-3)

Allah reassures us that if we are conscious of Him and put our trust in Him, He will make a way for us from sources beyond our expectations. This is Tawakkul, and we can’t have Sabr without trust. Prophet Musa (AS) didn’t know Allah would split the Red Sea for him, but He trusted that Allah wouldn’t abandon him. Prophet Yunus (AS) was stuck in the belly of a whale in the middle of the sea, yet He called out to Allah, and Allah made a way for him out of a difficult situation. Prophet Yaqub (AS) was stricken with grief over the loss of his son for decades, yet he never stopped calling out to Allah, and Allah reunited him with his son.

No matter how difficult, unheard of or trying, your situation may be, Allah is the only one who can make a way out of it for you, but the onus is on you to take the first step of action and entrust the outcome to Him.  Your first step could be letting go of the definition of sabr which justifies abuse, and adopting a more action-oriented definition.

Ways you can identify if you or someone you know is experiencing intimate partner violence:

1) Signs that you are in an abusive relationship

2) Signs that someone is in an abusive relationship

Violence harms and traumatises those who are directly victimised, but it also harms their dependents, families and communities. Writing this piece took me back to chapters I had closed, but it felt imperative to voice out the true meaning and understanding of Sabr.  When I finally started to let go of the engraved definition of sabr, I found Allah’s version, that at the top of a mountain is the bottom of another and that is how you heal.

Shanzay is a Criminology graduate from Toronto, who currently works in the domestic violence sector. She enjoys writing about intentionally slowing down, faith, intersectionality, trauma and is interested in becoming the story teller of her dreams. She has a thing for hopping planes, sunny days, books, coffee, and the kindness of strangers. Twitter @arustedheart

In Search of Sex Ed Rooted in Islam for Muslim Women

Can a Muslim Woman Marry an Atheist?