by Sarah Pervez in Relationships on 15th September, 2022 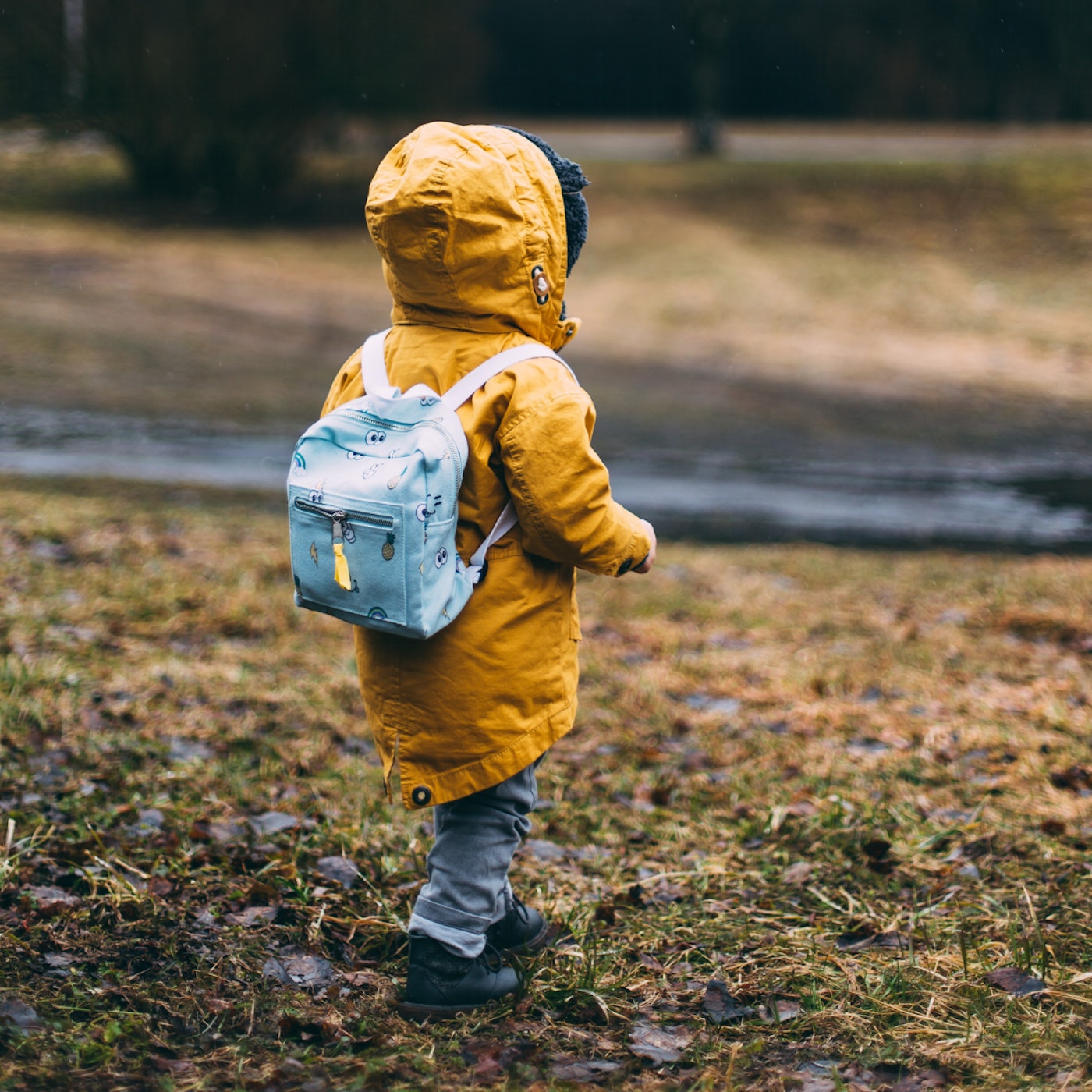 In this prose piece, this writer explores timelines and milestones through an infant’s life as a first time mother. It  carries a message around the insensitive nature (is this too much?) of comparison and the need to allow others live life at their own pace. We hope others can benefit from this wonderful story.

Once upon a time, a few years ago, a baby boy was born to a young couple who were filled with joy at his arrival. Everyone in the family was over the moon. They came from far and wide, bearing presents and good wishes, to see him, touch him, hold him and shower him with love.

Soon after, when the furor of the day passed and the inky black night arrived, the young parents  found themselves alone in the night with their beloved baby boy who, to their distress, became fussy and colicky and cranky.

Not knowing what to do, they sought help from the more experienced mothers around them, namely their own. They asked doctors, and they read parenting books. All of the answers came back saying ‘this is how it is’.

“This is what happens when you have a baby.” “This is what babies do. Just keep calm and carry on.” “Aren’t you grateful you have a baby? Chin up!” The parents with their bleary eyes and exhausted bodies nodded along and accepted their fate. Luckily, the baby boy soon outgrew his colicky phase.

Write for Amaliah: Here’s what you need to know

Then came time to check his milestones. The mother was bombarded with questions wherever she went: “Is he sitting up?” “Is he standing yet?” “How many teeth does he have?” “Does he know how to clap?” “Oh, how clever!” The baby boy, with his big eyes framed by long eyelashes that could be the envy of any super model, simply looked around, eyes open wide, amazed at what he saw around him. But soon after, he lost interest in these people who kept asking the same old questions. He decided he would march to the beat of his drum and take his sweet time in doing things everyone was so anxious about him getting to.

His first birthday came and went, yet he wasn’t walking. 13 months, 14 and then 15 passed too. The baby boy refused to budge. The mother, who could see he was walking fine when holding hands, knew he just needed some courage to let go. But the whispers of all the well wishers around them! They would ask “all his cousins his age are walking by now. Why isn’t he walking yet?” Or “You know my daughter walked at 10 months.” “My grandson walked at 9!” Another would exclaim.

And on and on it would go, this cute little competition that made people giddy with delight, and the poor mother dizzy in her existential blight.

She would implore her son, coax him, encourage him to walk but the baby boy was having none of it. 16 months it took him to finally take that first step on his own, and his parents were ecstatic! “He’s got it!” “My God, he’s got it!” What a milestone achieved. Now we can sigh in relief. We are not bad parents. There’s nothing wrong with our baby. He can do it. He did it.

Come the next social gathering, the parents strutted in with a walking toddler in tow. Much like a peacock showing off its feathers arrogantly.

“Oh how adorable!” an aunty shrieked, and the mother preened and glowed. “So, is he talking yet?”

The glowing smile faltered, her shoulders drooped and her fingers sought her husband’s similar icy fingers. “Umm, no not yet.” And thus the circus began again. 18 months came and went, and a second birthday rolled around. But the baby boy refused to speak in a coherent language. He only liked the sound of his own blabbering it seemed. His mother would strain at every noise coming out of his mouth, “Wait, shh, did you hear that? Did he say mama?” She would ask around, hopeful every time.

The baby boy got bored of the people who didn’t want to speak in his language it seemed. And so he would stare off in the distance, day-dreaming and building up castles in the air. Perhaps he was fighting dragons. Or perhaps his brain had weaved a funny tale which made him laugh out loud. Whatever it was, it made people uncomfortable. “Get him checked.” “His eye contact is not satisfactory.” “His vocabulary is worse.” “He doesn’t play well.” On and on the mother was told.

She saw the difference, she wasn’t blind. She knew he was not your average Joe. But she assumed it was because he’d never had the opportunity to mingle with people his own size. So the search started, for a nursery or playgroup perhaps. A little social interaction and parallel play doesn’t do anyone harm, the parents thought.

So they sent him to a nursery and the baby boy looked back at his mother with his first look of betrayal and dismay upon his tiny face. He couldn’t believe she was cutting the cord so soon. But being the old soul he was, he braved it out in his quiet manner and discovered that is exactly what he needed. She was right. The woman who had given birth to him, she was actually right about him. He blossomed with her active and enthusiastic participation.

Soon he turned three. As his words were still being stubborn and refusing to spill out naturally, his mother introduced him to the world of books and arts & crafts and sensory play. She emptied her home of all furniture. And filled it with paints and glitter glue and foam brushes. Out came the easel, some glue sticks and construction papers. A blackboard and some coloured chalk. She kept on reading out loud, the books she collected in a frenzy. Oh, the books!

That’s when there was no turning back for him. It was a world full of wonder and joy, action and adventure, imagination and creativity. This was the world where he could be anyone he wanted, they spoke to him, these friends of his, they taught him how to better understand the big, big feelings he was feeling. And the mother found solace at last. This was what they needed.

A world free of judgements and full of messy play, one that already knew them, understood them and welcomed them with open arms. Of stories and poems, of feelings big and small, of happiness and joy and frustrations. Of throwing paint on paper. Of making some ugly hand puppets whose show still made the baby boy clap in glee. A beautiful oops, a gruffalo and a cow that laid an egg, held their hands and smoothed over all the ruffled feathers of the mother. The books opened their pages wide and welcomed the baby boy and his mother into the folds of their covers; like a Mother Hen protecting her baby chicks. The baby boy and mama were finally home.

10 years later, the baby boy can barely stop talking, has inhaled countless books and knows words much bigger than both of his parents combined. The days of the unnecessary and unnerving social circus of “what is your baby doing yet” is far behind them but the memories linger on.

It is not easy to become a first time mother, let alone a young one. No one knows how to navigate it in the early days and the best intentioned comments can actually shatter your confidence sometimes. The key is in learning to trust your instincts, in observing your children, knowing what makes them tick, and what gives them joy. Giving them space to feel all their feelings. Becoming their biggest advocate and cheerleaders. Breaking down in front of them and being vulnerable is also part of the process, as well as acceptance. Sometimes things are beyond our control. Accept that the kids will need expert diagnosis at times but the experts can only reach that diagnosis when you, the expert in your child, cooperate with them.

In hindsight, I should’ve gone to a speech therapist for my son. He did have a speech delay, but no one told me. The paediatrician didn’t raise any flags and I didn’t want to look it up and accept that my son had a delay. The only thing that made me feel he was different was the people around us pointing out the differences – sometimes kindly, sometimes not so much. And this was the worst feeling I have ever felt. It made us feel like we had failed somehow. In our eyes, he was perfect the way he was. He still is. So with time, we gathered confidence and decided to teach him language our own way. I was lucky his early years teachers were so brilliant and helped me out in learning about the benefits of audio visual teaching and sensory play which play a huge part in developing language.

But the trump up our sleeve, the magic that made it all happen, is the one dua that my mother would pray and blow on my son frequently. The dua of Musa (AS):

“My Lord expand my chest and make easy my affair and remove the impediment from my speech in order that they may understand what I say.” (Qur’an 20:25-28)

Sarah Pervez grew up in Karachi harbouring a love for the written word. As a recent immigrant to Canada, she spends her nights writing and occupies her days with seeking spirituality, yoga, mindful parenting, nursing a cup of chai, avoiding housework and filling her bookshelves with books by PoC. Not all in that particular order. And because she has a lot on her plate, she also blogs on IG as @thesaraheffect_