by Razeena Omar Gutta in Identity on 19th September, 2022 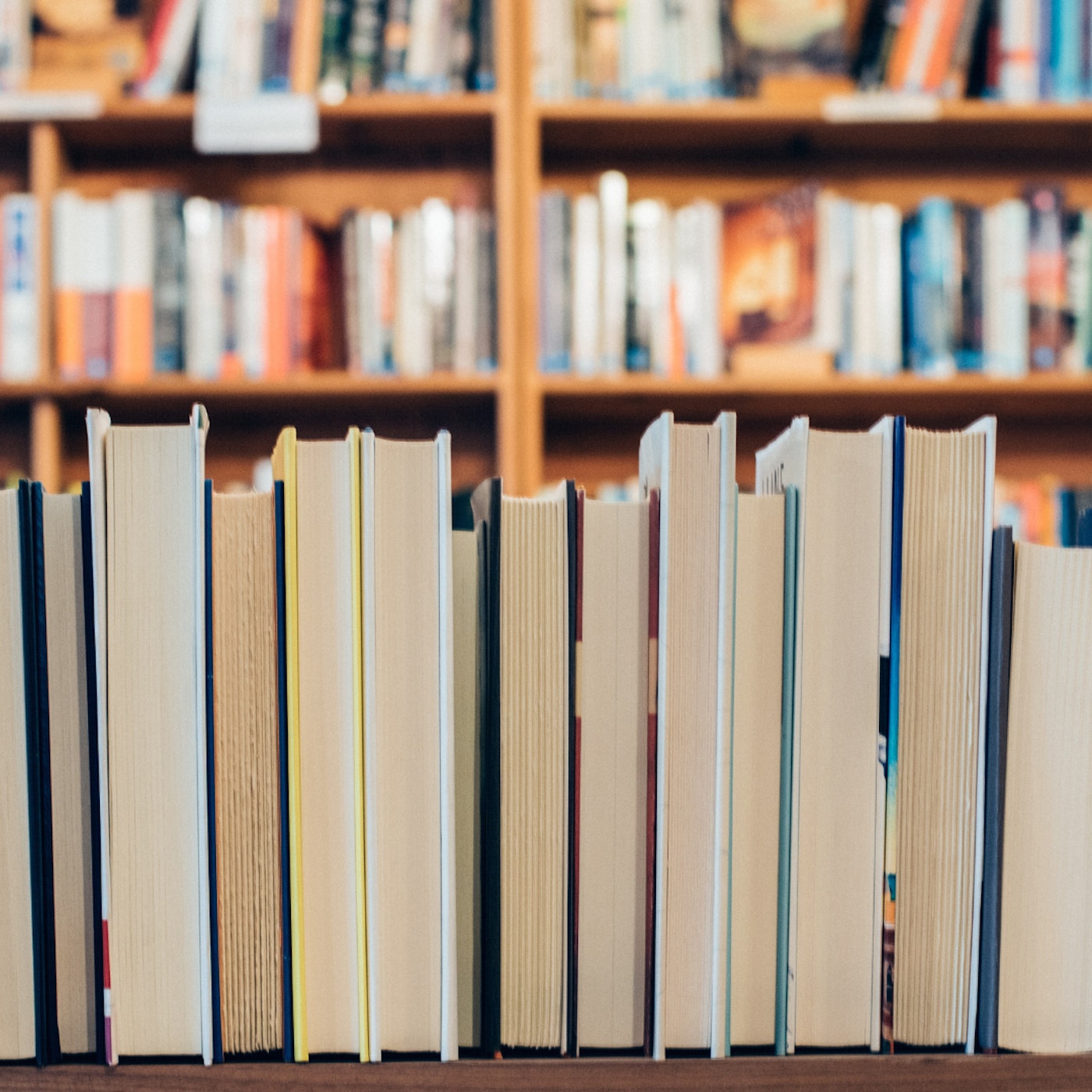 Children’s book author Razeena Omar Gutta explores the use of names in books and whether marginalised writers should use their own names. She poses the question: Have You Ever Used Your Own Name in a Story?

I often get asked why I write for children and the conversation always takes deep and insightful turns. My journey began as an avid reader; as a child I was always lost in a book. In my teens I thought it would be amazing to write a book someday, but I could never imagine what it would be about. In my 20s those thoughts continued, but I told myself that I needed to live life a little more before I could write about it. Writing for children became an option, but I still struggled with ideas. It was only when I had my own children that I realised I had never read a book where a character was like me, had the adventures I loved to read about, or was a protagonist in their own stories.

I’d read about Christmas but never Eid, church but never masjid, gingerbread but never burfee. I don’t know why it took me so long to realise this, but I wondered if this was why I struggled with ideas.

After digesting the fact that I had never seen a brown Muslim character in a book before, I thought back to the times I encountered non-white characters in a book, and they were mostly stories of slavery, trauma, hardship, pain and struggle. Stories where non-white characters were always the side characters, never the heroes. I couldn’t see myself in those books.

Recently I had the biggest realisation of all: while I had never a read a story with a character who had a Muslim name, who celebrated Eid or wore a hijab, I had also never written a story using my own name or a familiar name. Rather, the characters in my creative writing pieces had the names Jane, Michael or Stephanie, never a Muhammad, Amina or Fatima. Or even Razeena  – and I had no idea why!

Have you, dear reader of a marginalised community, ever used your own name as a protagonist in any story you’ve written – be it a primary or high school creative writing assessment?

Whenever I’ve asked others this question, I see the revelation take place as the eye-opening thoughts come to mind: the surprise (no! I haven’t’), the wonder (should I have?), the thunderbolt (why have I never thought about this?!).

Walter Dean Myers is an American writer of children’s books, five-time winner of the Coretta Scott King award for African-American authors, with over one hundred books under his belt. In a piece for the New York Times (NYT), “Where Are the People of Color in Children’s Books?”, he explained how, as a voracious reader, he found himself in the books he read to an extent. Books served as “a landscape upon which I was free to wander”. But during one of the darker times in his life, “as I discovered who I was, a black teenager in a white-dominated world, I saw that these characters, these lives, were not mine.

I didn’t want to become the ‘black’ representative, or some shining example of diversity. What I wanted, needed really, was to become an integral and valued part of the mosaic that I saw around me.” As he couldn’t see himself in the books he read, he stopped reading for a while.

But later on, fueled by a conversation by an English teacher, writing became a saviour during a difficult time in his life. He began reading again and through this, he discovered a book by another African-American author, James Baldwin, which transformed his experience..It “was a story concerned with black people like those I knew. By humanizing the people who were like me, Baldwin’s story also humanized me. The story gave me a permission that I didn’t know I needed, the permission to write about my own landscape, my own map.”

Reading Myers’ piece resonated with me. I remember my first time finding a book with a character who looked like me, in a popular mainstream bookstore, while on holiday in South Africa. Finding this book by an author who shared my South Asian roots – even though she was writing about her British Muslim experience, while I was living in Australia, was thrilling for me.

Seeing a hijabi woman on the front cover in a regular bookstore was revolutionary. Reading Love in a Headscarf in my 20s made me feel seen, and reignited my thoughts to write for children. Yet while I was determined, I had still never seen a children’s picture book about Muslims that went beyond the story of creation, or the life of the Prophet Muhammad (ﷺ). There were no adventure, mystery or detective books about Muslim kids.

Around 2009, books like Ramadan Moon and Night of the Moon were published in the traditional market, and they were brilliant to see. But I feared someone like me with no background in writing or connections in publishing would ever get the opportunity. The more I researched, I decided self-publishing would be the route I’d take for my first book. My first self-published book, Faatimah and Ahmed, followed two siblings on their journey of learning about the Prophet’s (ﷺ) life. I gave a facelift to the books I’d seen before, added colour and characters and tried to make it more appealing for younger children. It was met with incredible support, selling over a thousand copies to online stores. It became clear there was a hunger for that type of colorful, fun, yet informational book for Muslim kids.

The Muslim publishing space has grown immensely since then, and I am grateful to have witnessed and been a part of it. While Love in a Headscarf, Ramadan Moon and Night of the Moon were great to see on the shelves, it’s taken years for more Muslim authored books, with unapologetic Muslim representation, to be acquired by publishers and to appear on bookshelves. It’s still a rare sight. Muslims are often framed as the bad guys, the oppressed, the terrorists. More often than not, we are written about, written over and misrepresented. Taking back the narrative, taking charge of the representation and getting our own stories published is still a difficult, arduous job, but fortunately for us, there are many, many great stories being written.

Having the experience in self-publishing pushed me to aim for the traditional publishing market. I refined my writing and started querying. Agents and publishers were taking notice of Muslim books and although it took a long time, I finally found myself an agent, and my book, Hana’s Hundreds of Hijabs published by Barefoot Books USA will be available this month.

Going back to the title question – Have you ever used your name in a story? – I’d like you to ask the children around you – your own, your students, your nieces and nephews if they use their names in their stories. If they don’t, encourage them to use their names, make themselves the main characters,  imagine any and all possibilities, include Eid and Ramadan and Hajj in their stories, and mention the masjid, hijab and salaah. To not shy away from who they are. Give them the permission that many of us didn’t even know we needed.

In his NYT piece Myers says, “later I realized how much more meaningful it would have been to have known Baldwin’s story at 15, or at 14. Perhaps even younger, before I had started my subconscious quest for identity.”

If I had seen positive Muslim representation in the books I read as a child, maybe it wouldn’t have taken me so long to begin writing my own stories. If I had been given “permission” to use my own name in a story, perhaps my writing journey would have been clearer?

If we can encourage as many young Muslims today and anyone who has never seen themselves in a book before, to take charge of their own narratives, and write themselves authentically and proudly, we just might speed up many children’s “subconscious quest for identity”. Perhaps we can plant the seeds of great ideas and witness the growth of many great authors. By writing and seeking out books that our children can see themselves in,  – books in which they witness characters who look, sound and act like them and are the heroes – we can ground them in confidence.

And as publishing catches up with the diversity of the world around us, perhaps my dream of seeing as many Eid books on the shelf as there are Christmas books will one day come true, in sha Allah.

As a South Asian Muslim born in Zimbabwe and now living in Australia, Razeena Omar Gutta has always had opportunities to explore different experiences and perspectives around the world. Her debut picture book, HANA’S HUNDREDS OF HIJABS will be published this year in the US by Barefoot Books and is illustrated by Manal Mirza.Razeena is an avid reader and shares her favourite books on Instagram @razeenareads. Inspired by her three book-loving children and a desire to see books on shelves that she never had growing up, Razeena especially enjoys highlighting Muslim lives in the joyful stories she writes for children.Razeena is represented by Shari Maurer of Stringer Literary Agency.

Being an Ambitious Woman in My Community

The Museum of My Grandmother: Le Musée De La Mamie