by Aaisha Mukhtar in Ramadan on 8th November, 2022 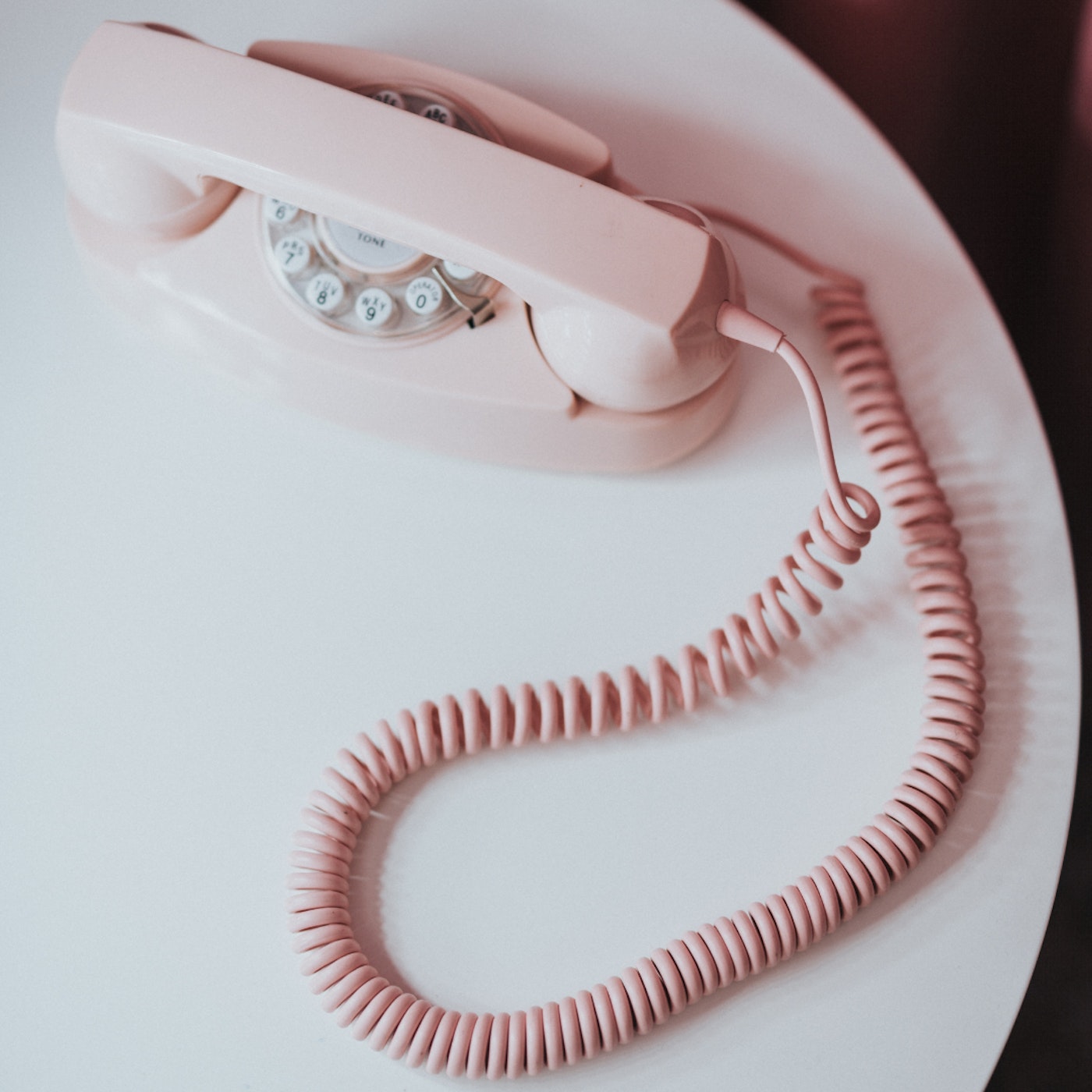 As I close my eyes and listen with my heart to the sounds around me my soul also listens.  It listens to sounds near and far, the conversations between birds, the wind, the rain, the low humming of distant traffic and the chatter of human activity.  When the Qur’an is recited by the melodic tones of a reciter, it touches the recesses of my heart and I feel at ease.

Listening is a gift and I often forget about the blessings contained within this act. Al-Wahab is the Giver of this gift and sometimes it is not given its due right because listening requires one to be present and in today’s world of distractions being in a continual state of presence can be difficult.

As I navigate my way through mastering my own self and expanding my human spirit, I have discovered listening is a skill that requires effort.  The benefits of active listening can add so much more meaning to life and enhance our relationship with our Creator, ourselves and others. Active listening is being present in someone’s company and listening to them without judgement or trying to find a solution for their problems.

On a scientific and spiritual level, a paper published by the national centre for biotechnology information in 2018 discussed the effect of listening to the Holy Qur’an to reduce anxiety. The paper ascertained that listening to the recitation of the Qur’an contributed to releasing endorphins by stimulating alpha brain waves. Therefore, enhancing the stress threshold, removing negative emotions and creating a sense of relaxation.

The Prophet ﷺ had a beautiful way of making people feel important simply through the act of listening. He ﷺ had focus and reverence when he listened to others and would have great care for anyone he interacted with. His ego was never at the forefront in conversations.

The Prophet’s ﷺ listening skills were based on him finding ways to bring the message of Islam to humanity. Allah Al-Mighty says:

It was by a mercy from Allah that you were gentle with them.  Had you been coarse and hard-hearted they would have scattered from your midst [Qur’an 3:159]

There have been many books, publications and articles written about the benefits of listening that have reinforced what the Prophet ﷺ did and taught over 1400 years ago. In order to apply this Sunnah to our daily lives, I have an easy to remember guide on how to listen better together with some examples of where the Prophet ﷺ applied this.

The Three Es of Listening – How To Listen Effectively To Others

Allah Subhana wa ta’ala describes the ego as the Nafs or the lower self.

And I do not seek to free myself from blame, for indeed man’s inner self is ever inclined to evil; except those shown mercy by my Lord.  Surely, my Lord is All-Forgiving, Most Merciful  [Qur’an 12:53]

The ego is the self-preserving part of us that is largely sub-conscious and is only concerned about its own survival, acting in accordance with what it thinks is right. The ego does not want to ‘listen’ to others and likes the conversation to go the way it wants, finding it hard to accept what others are saying. When the conversation is ego-driven the concern is not about the other person’s feelings or seeing things from their perspective but instead the listener is more concerned about what they should say.

The Prophet ﷺ had a natural tendency to be a good listener. He ﷺ had tamed his Nafs so his conversations with others were not about him. His ego was put to the side and he would listen to those around him to understand their reality.

There was once a companion, Asma bint Umays (RA), from among the early Muslims in Abyssinia who migrated to Madina after being away from the Prophet ﷺ and the rest of the Muslims for almost 14 years. In a hadith mentioned by Bukhari there’s an incident in which she once complained to the Prophet ﷺ about Umar ibn Khattab (RA). Umar had once teased her in a loving uncle manner (she was the friend of his daughter Hafsah (RA) about the Sahabah in Madinah being closer and beloved to the Prophet ﷺ than those who had migrated to Abyssinia. Asma was unhappy with his statement and felt it was unfair for him to say this because the companions who were with the Prophet ﷺ were given spiritual nourishment and guidance whilst the migrating Muslims did not get to experience this until much later.

There are some key lessons to be learnt as the Prophet ﷺ listened to her complaint. Self-awareness in any conversation with someone is crucial and the Prophet ﷺ was self-aware and conscious of his actions and words. He ﷺ did not talk first but let Asma give her news, listening and respecting her perspective. By listening in this manner, the other person can feel safe enough to keep sharing.

He ﷺ also did not interrupt her but let her exhale completely before addressing her. Moreover, he ﷺ did not dismiss her feelings or take sides. When Asma had finished her complaint, he ﷺ acknowledged what she said and reminded her that the migrating Sahaba (companions) did two Hijras (migrations) whilst the rest did one, and he was just as close to them as he was to the Sahaba who were with him. Sometimes the other person wants to be heard and does not desire any advice or for anyone to ‘fix’ the issue. During this particular conversation the Prophet ﷺ used his wisdom to console her.

2. Listening to the Emotion

Non-verbal communication such as body movement, gestures and facial expressions can convey more emotion than verbal communication. When you observe someone through their body language you can learn a lot more about how they are feeling, helping you to connect better with them.

The Prophet ﷺ was a deep thinker and conducted his day-to-day interactions with dignity and grace. He ﷺ embodied a radiant spiritual and emotional presence and could pick up on the emotions of others whilst listening to them. Whilst his ﷺ speech was adorned with heartfelt words, his silence when he was listening was also heartfelt.

Prophet ﷺ displayed this beautifully during an incident with a companion named Jabir ibn Abdullah (RA) whose father Abdullah ibn Amr (RA) had been martyred in the battle of Uhud.

Jabir ibn Abdullah was a young man with seven sisters, and he had been left in charge of them when his father died. He was distressed at the loss of his beloved father and overwhelmed by the responsibility of looking after his sisters. This young companion cried a lot witnessing his father’s death and during the burial, he kept moving his father’s shroud around, a non-verbal cue indicating his level of distress over the death. The Prophet ﷺ was attentive to the emotional distress he was facing. While other companions reprimanded him for his actions, the Prophet ﷺ did not rebuke him. Instead, he ﷺ kept quiet and observed Jabir’s emotion via his body language and once he ﷺ understood his level of discomfort proceeded to give words of comfort about his father. He ﷺ did not react to Jabir’s grief by asking him to ‘toughen up’ or ‘be patient’ as can be the common advice given at such moments rather he understood what he may be feeling before responding.

There are times we may dismiss someone’s anguish by focussing too much on the details of the event which led to the painful experience rather than how the experience has affected them. Listening and observing how someone is feeling rather than what they are saying will give you a deeper understanding of their emotions and allow you to respond accordingly.

Having empathy is a valuable skill to possess because through this one can understand the sorrow and pain of another person. Empathy acknowledges the other person and allows you to see their perspective. Listening with empathy builds trust and building trust was one of the building blocks in establishing Islam. The Prophet ﷺ was known as Al-Amin (The Trustworthy) and people would turn to him due to this attribute.

Amr ibn Al-Jamuh (RA), a companion from the Ansar, was an elderly man with a disability and a severe limp who used a walking aid to help his movement. He wanted to take part in the Battle of Uhud, but his four sons refused. They complained to the Prophet ﷺ saying, ‘Our father is elderly and because of his disability we do not wish for him to fight.’ Amr ibn Al-Jamuh became angry at their grievance, so he also complained to the Prophet ﷺ.

During the conversation the Prophet ﷺ again used his listening skills. He was fully present when talking to him, was not distracted by the complaint made by his sons and did not judge him for wanting to fight for Islam even though there was no obligation for him to take part at the Battle of Uhud due to his disability. The Prophet ﷺ understood his perspective and empathised with him and his desire to go to paradise. He felt his conviction and did not berate him for wanting to do something he did not have to do.

The Prophet ﷺ may not have agreed with this companion, and that is acceptable because the purpose was not to agree or disagree but to empathise with the other person and their experience. Eventually, this brave companion fought at the battle of Uhud and became a martyr. Listening with empathy requires patience and any form of judgement to be put aside. The Prophet ﷺ showed us another example of how he enhanced relationships and built trust among his family, companions and the community at that time.

The Gift of Listening

When I ponder upon Allah being As-Sami (The All-Hearing), through the actions and listening skills of the Prophet ﷺ, I get a sense of how He listens to His creation. Being patient and Merciful with our duas, our pleas, our confessions, our heartache, our pain and sadness He listens attentively in ways we cannot comprehend. The Prophet ﷺ was said to be a ‘walking, talking Qur’an’ and as he embodied the names of Allah into his ﷺ life, it was easy to see how he applied these names.

Listening is a gift because through this act you become a better version of yourself. Sometimes, listening can be in the form of listening to our hearts, other times it’s listening to sounds that uplift our spirit. There are also times to listen to those we interact with by putting aside our ego, paying attention to how they may be feeling and empathising and seeing their perspective. In the simple act of listening, there is much goodness to be gained and best of all we are following a sunnah of the beloved Prophet ﷺ.

Aaisha is a senior quantity surveyor working in the construction industry. She believes the key to a successful life is nourishing the mind, body and soul using Quranic and Prophetic practices as well as secular practices to enhance our understanding of ourselves and our connection to Allah. In her spare time she makes her own raw chocolate filled medjool dates and other refined sugar free snacks IG: @majesticmedjewels