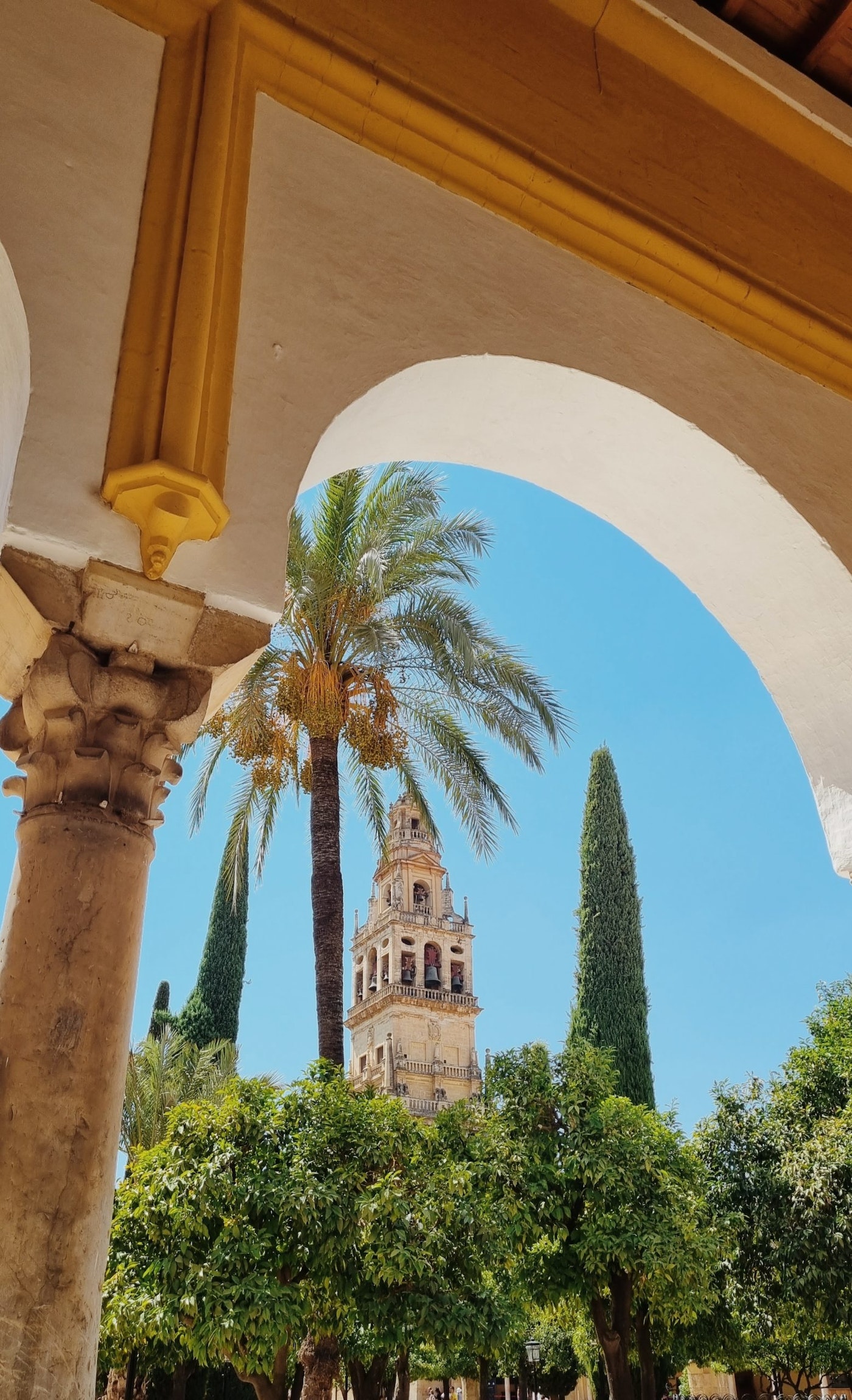 Processed with VSCO with m5 preset

Spain is our favourite holiday haunt as a young family. Before COVID lockdown we would go yearly as my eldest was under 3. This year we finally got away and as it was the first time with my youngest (being 6) and my eldest now 9 the Spanish experience was totally different. Our favourite spot to holiday is in Al-Andalus, an area in the south of Spain that was ruled by the Umayyads from 711CE till the early 11th Century. They left behind their architectural mark, flora and fauna, as well as their agricultural advances and techniques. The Andalusian part of Spain encompasses so much antiquity and culture that captures your imagination on how things once were and I’ve put together a guide that will hopefully entice you to visit and make your experience an unforgettable one!

Al-Andalus is a hot spot for holiday makers, so along the coast you can find an array of hotels, resorts and Airbnbs. We stayed in Torremolinos and rented a 2-bed, ground floor apartment through Airbnb that had a communal swimming pool and private courtyard with views of the mountains. 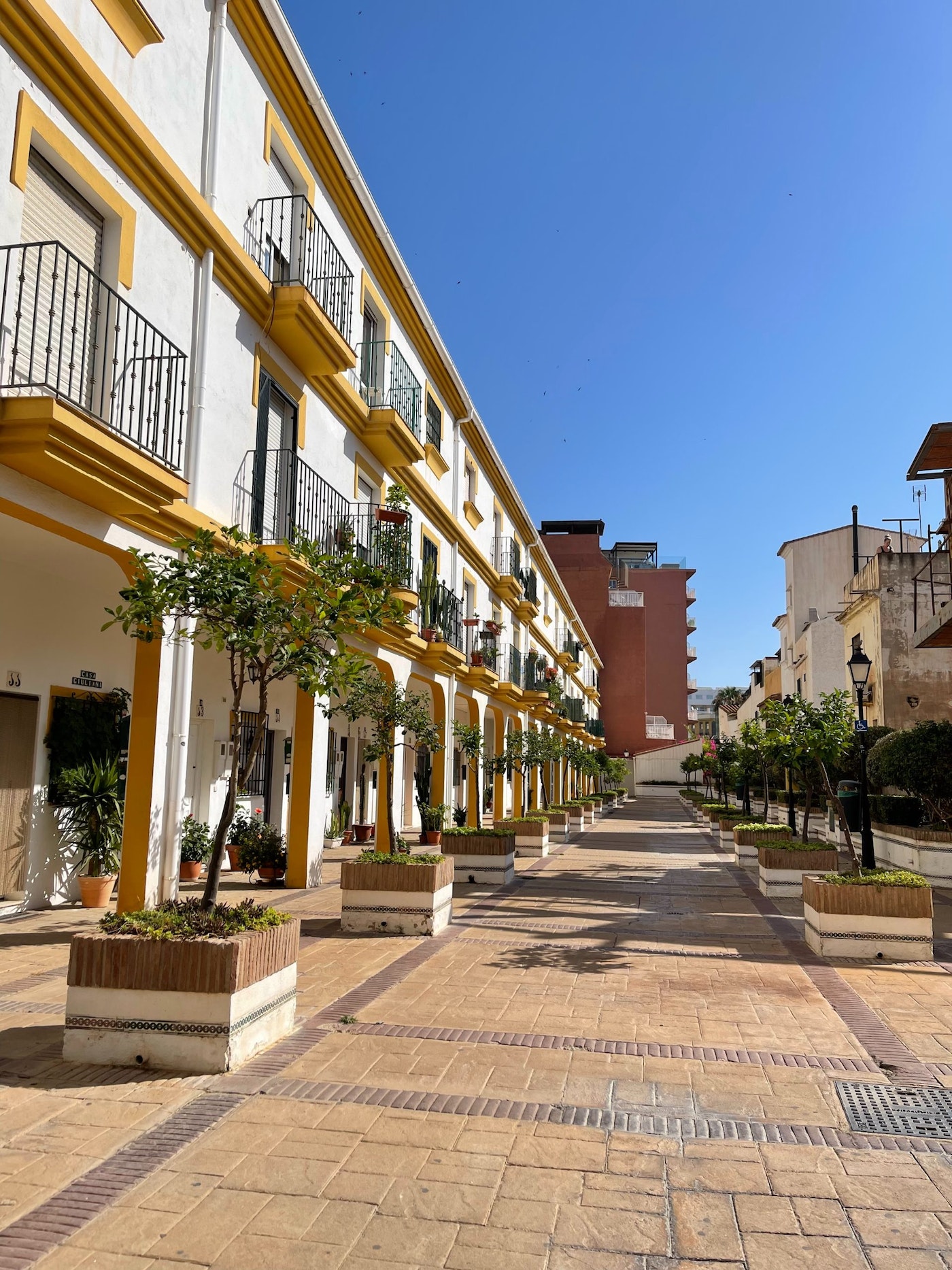 Travelling between areas as well as within the same town is very accessible. There are taxi ranks at certain points that are not expensive and are happy to do 5 – 10-minute drops as well as trains that are easy to use and are air-conditioned, perfect for when travelling in the hotter months. They can take you from town to city within no time. However, be aware that not all stations are user-friendly and need updating though this is something that we noticed is being actively worked on from our visits. For longer journeys like our trip to Cordoba – you can become adventurous and hire a car for the day and take a drive up the mountains to cities further afield. Boats/small ferries are also a great form of transport. You can catch one from the port of Benalmadena that will take you to Fuengirola in an hour along the coast – a great additional experience.

Where to Eat in Andalusia

When it comes to food, each area has its own traditional style and cuisine.

Torremolinos being a traditional fishing port has an abundance of seafood with restaurants along the beach that have their catch of the day and the largest prawns you will come across. Over the last few years there has been a rise in restaurants serving Halal dishes on the promenade giving more variety if you end up getting fed up with fish. 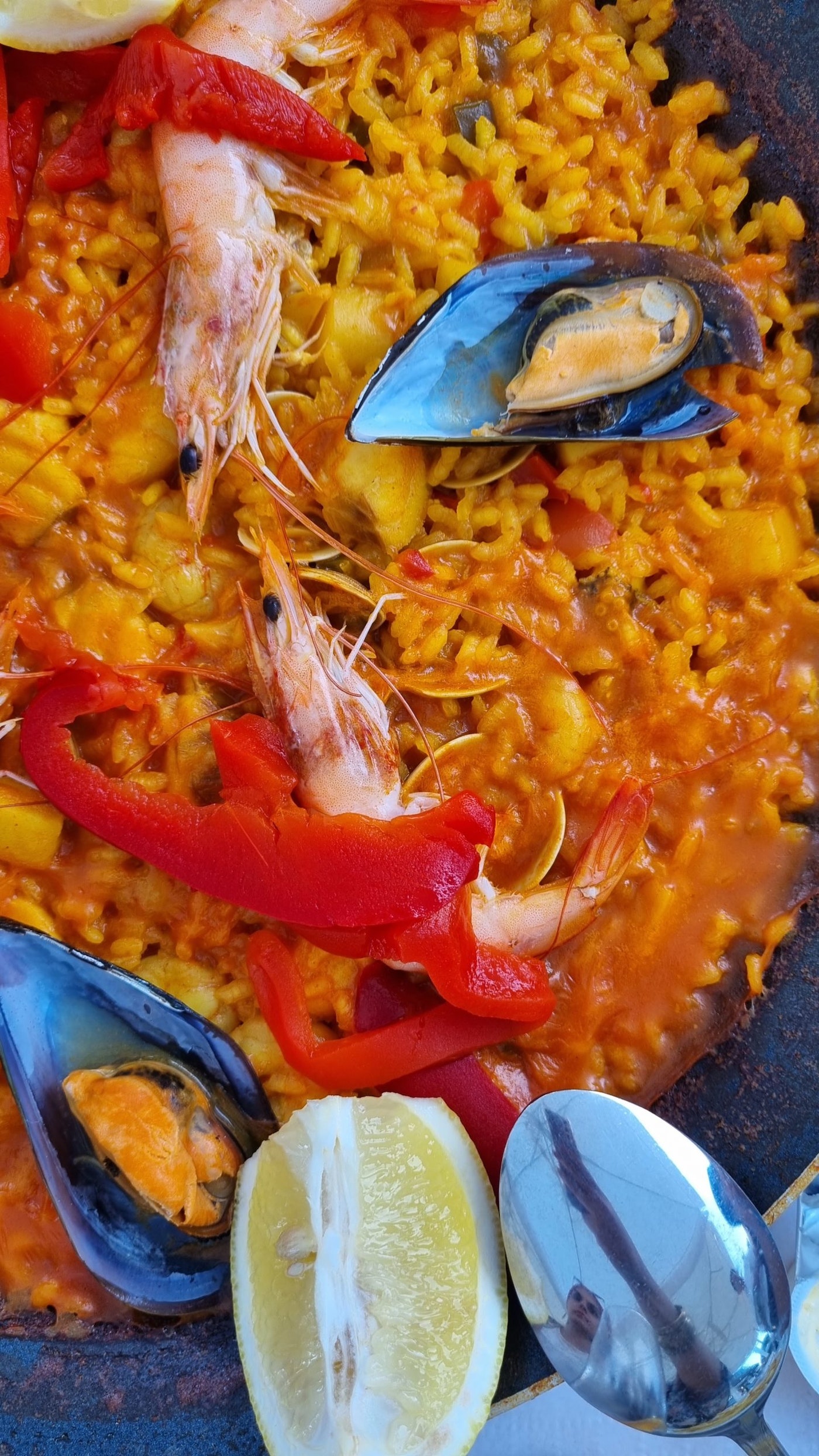 Malaga being a city has your finesse restaurants along the port however you also get those hidden café gems for churros and chocolate as well as your fast-food chains. Al-Turq is one of those fast-food chains you will find dotted around Al-Andalus – even though it may not look amazing from the outside they do one of the best shawarmas you will find.

In Cordoba you will find a mix of restaurants within the tiny city streets. These picturesque restaurants are hidden in the courtyards and converted Andalusian homes. You can find a variety of Moroccan and Lebanese restaurants; two we would recommend would be Pasilli Oriental and Resturante Damasco. 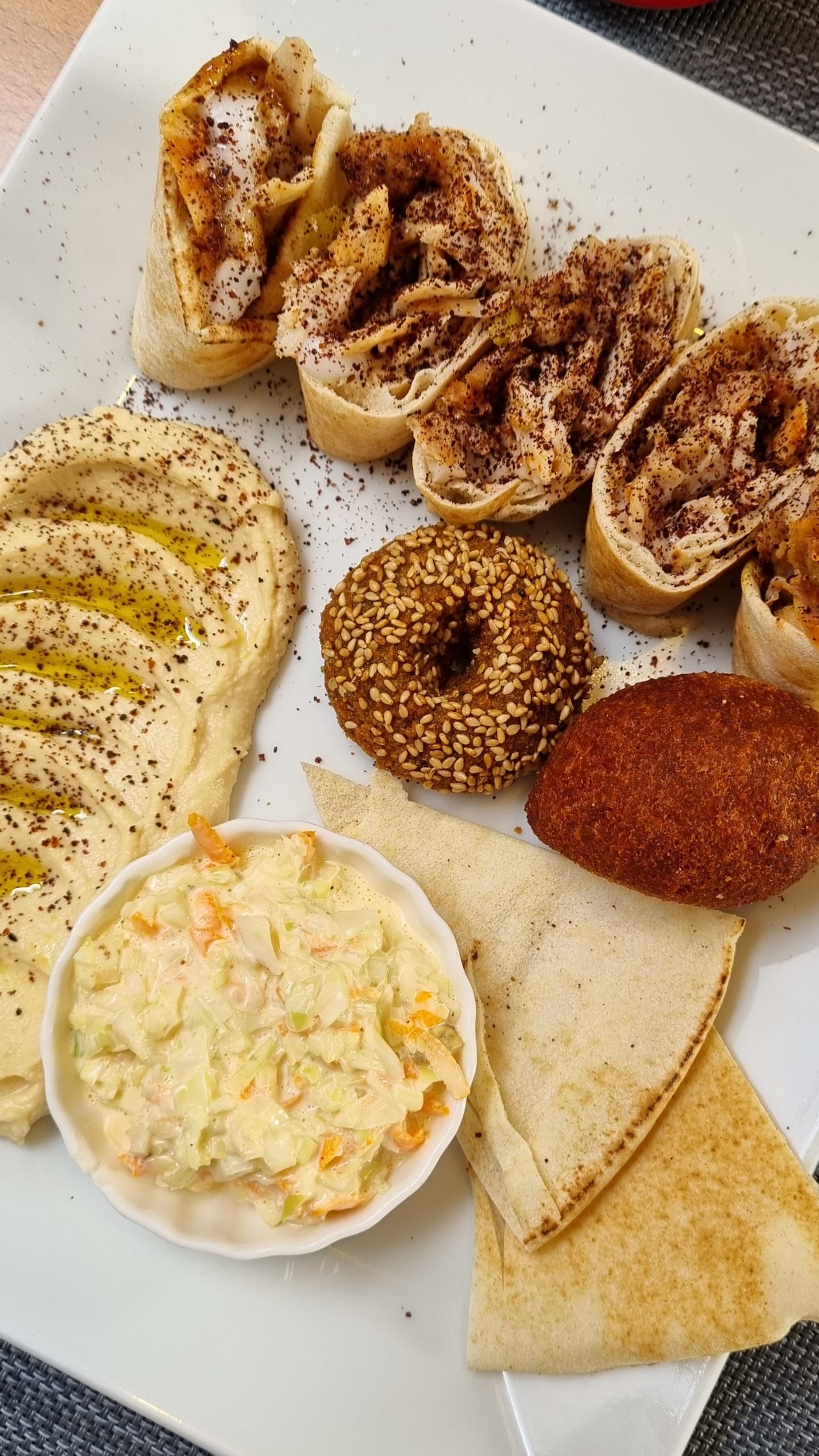 Not forgetting the amazing gelato, you can get at every street corner wherever you go – Spain has a wonderful selection of gelato flavours you will not find elsewhere.

If you want traditional handmade goods, then Spain is a lovely place to do it. You will of course find the typical tourist shops selling you nick-nacks, however there are some places off the beaten path that are well worth your time.

Torremolinos has a very old ceramics shop on the cliff top along the stairway leading from San Miguel and at the bottom hidden in the cliffside is a leather store that has everything from bags to wallets.

When you head to Malaga you will again find your tourist shops for postcards and magnets but also magical bookshops like Mapas Y Compania. Malaga has high street fashion shops such as Mango or Stradivarius along the Alameda Principal. There are also confectionary shops like Vicens – Artisan Turron and Chocolate est. 1775, as well as a beautiful Berber store called Artista where the items come straight from Morocco and at a fantastic price. 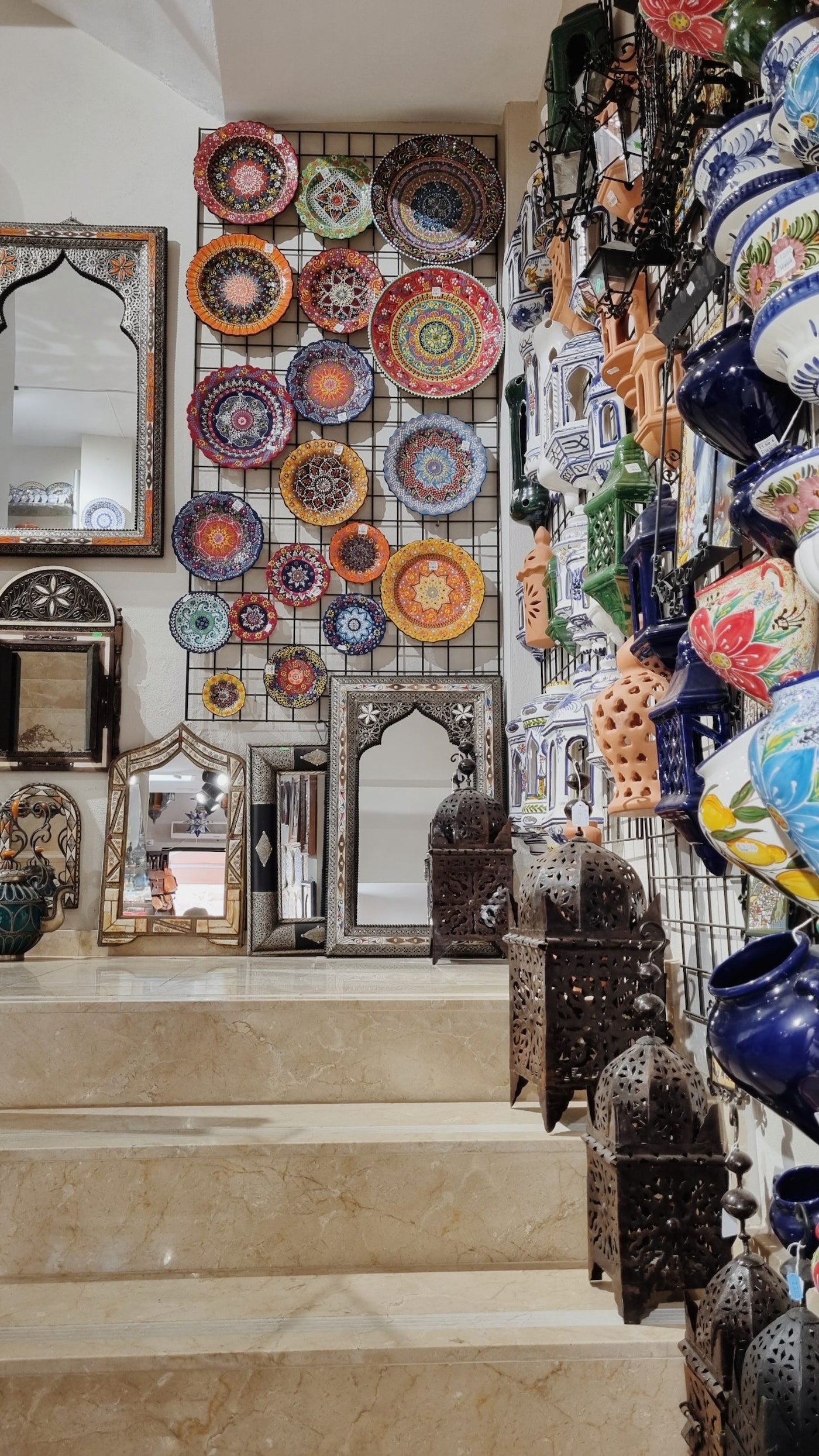 Cordoba as you can imagine has dainty streets filled with shops. A few shops we entered felt like an Aladdin’s cave, filled floor-to-ceiling with beautiful handmade intricate items. Shop around as we found some beautiful pieces here.

If you are more of a designer shopper then there’s something here for you too – Plaza Mayor is a 10-minute drive from Torremolinos where you can shop at all the outlets whilst keeping the kids busy with the in-house entertainment and eating into the night with a variety of restaurants is a win for all.

Places to Visit in Andalusia – Torremolinos, Malaga and Córdoba

With the stretch of the Al-Andalus being steeped in history you will find an abundance of places to visit wherever you go.

Even though Torremolinos is a tourist town it does have some lovely places to visit once you have done the Aquaparks and Crocodile sanctuary. 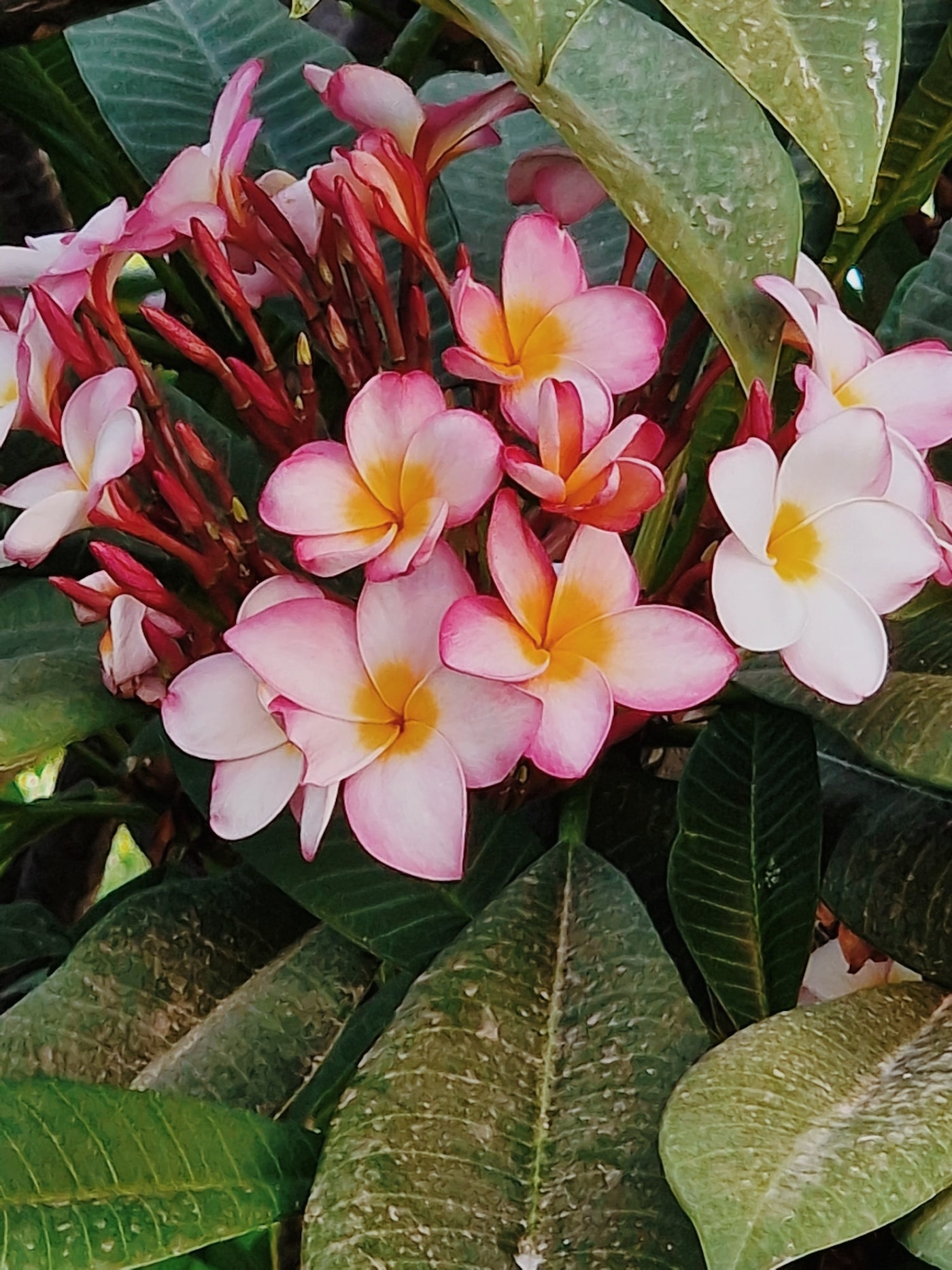 As Malaga is a city along the Andalus there are many different things to do there. Over the years we have visited a few and there is still so much to explore. 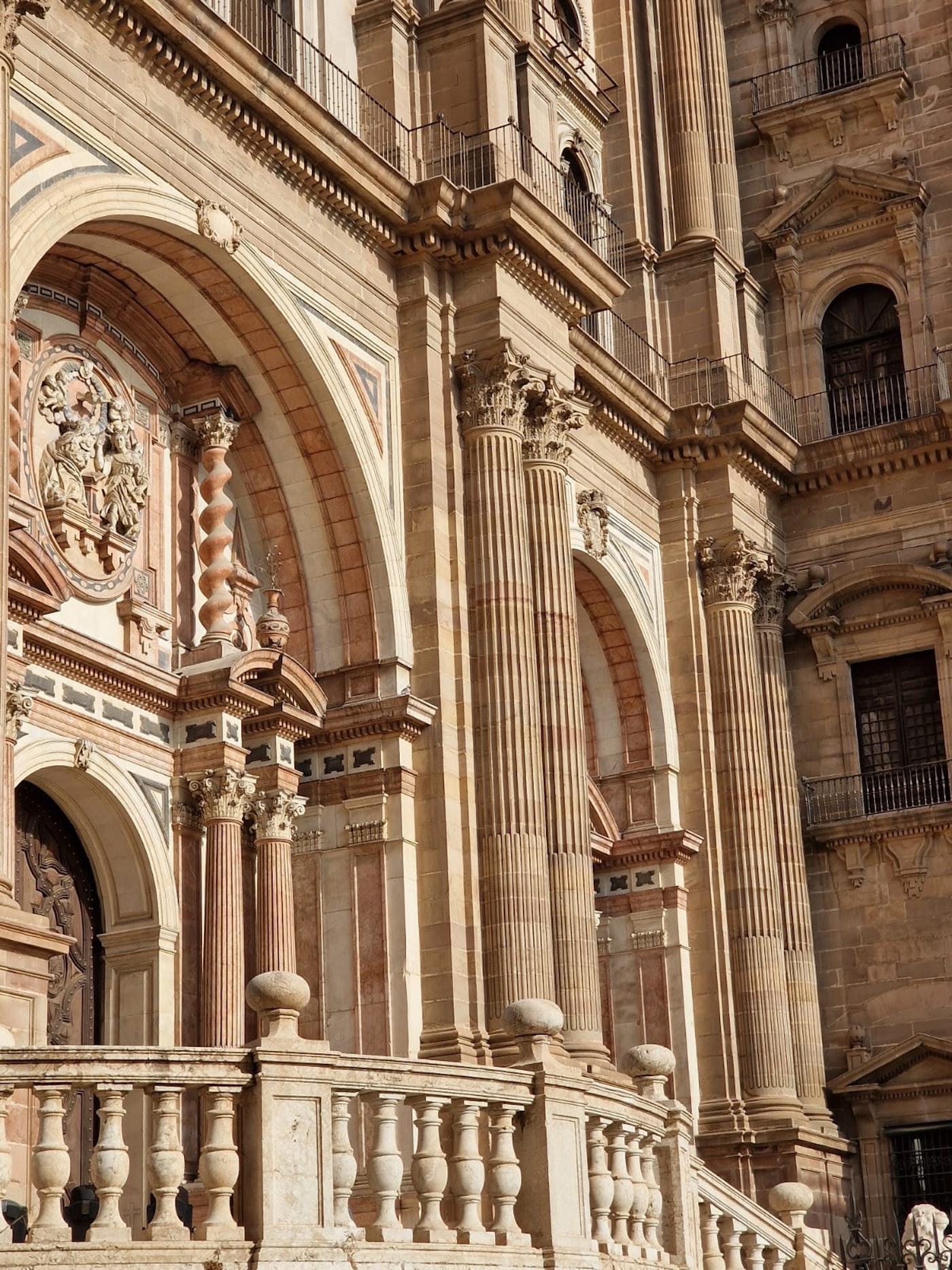 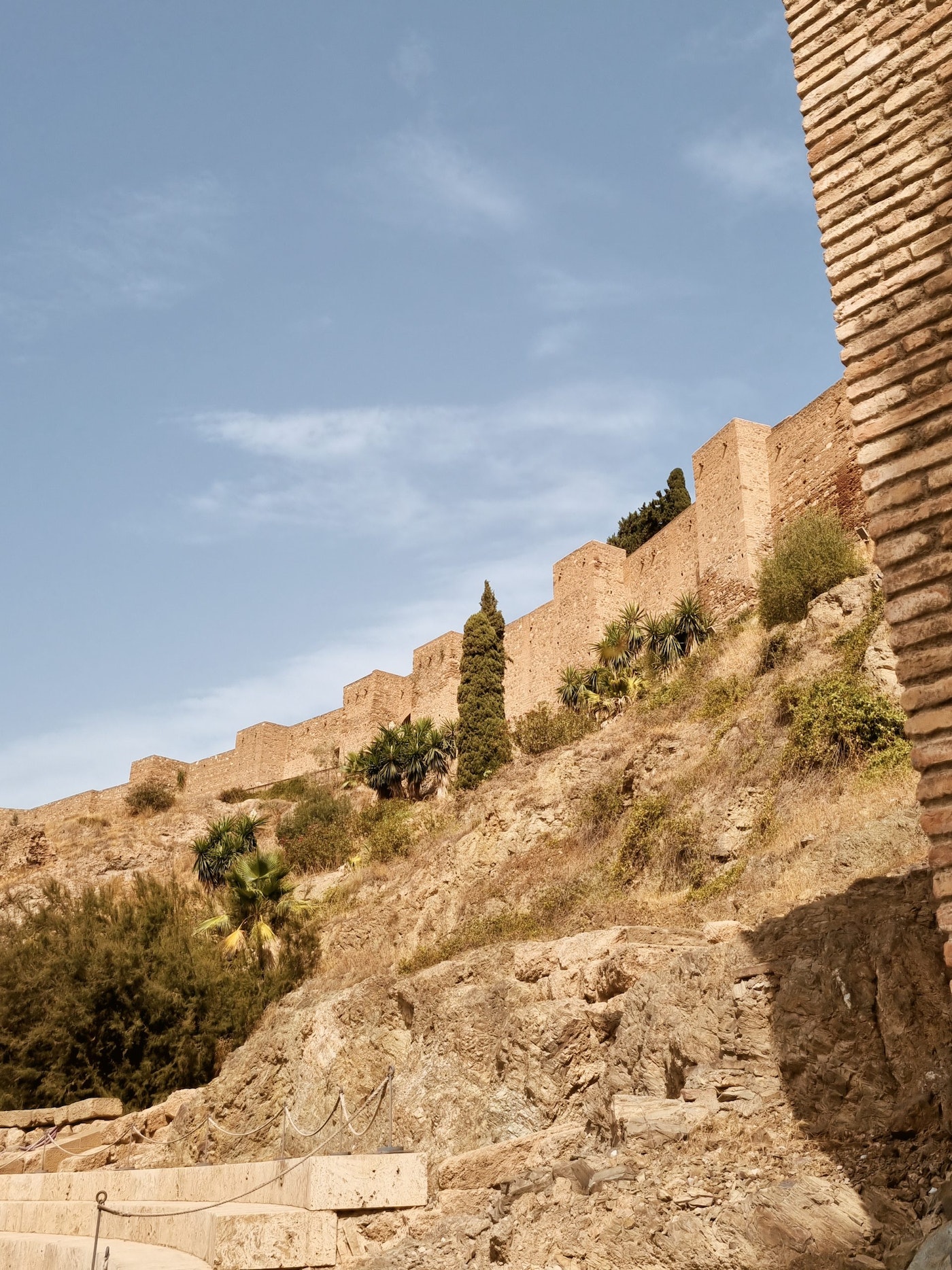 Cordoba is an important site for the Romans as well as a major Islamic city during the Middle Ages. This walled city encompasses many historical places you can visit. 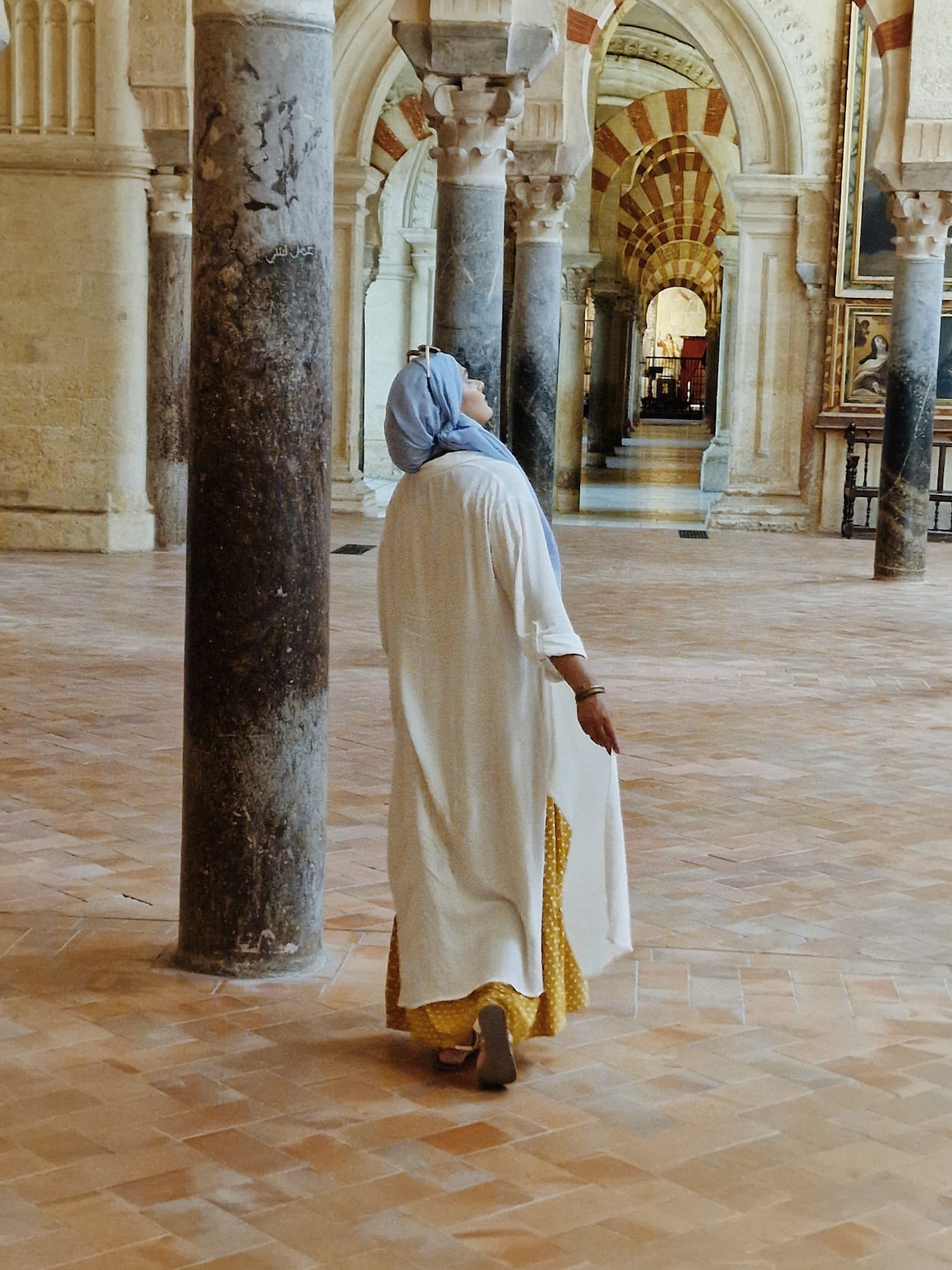 Processed with VSCO with m5 preset

Al-Andalus is a wonderful stretch of land that was a primal piece in history and today’s civilizations. It’s a gem of the Mediterranean and its past proves exactly that. Today we can go and enjoy it as a family or as individuals whilst we relax on the beach or explore its hidden treasures from the past.

If she isn't working on her online crafting business, then Heena is busy reading and reviewing or working on her writing; now drafting out her first book and poetry based on life. Heena is an advocate for women’s rights, and the rights of the oppressed. She helps to create awareness online and through teaching the next generation about what they can do to change the world and future. Her love is to travel the globe and immerse herself in different cultures, history and learn more about herself and Islam through architecture and lives lived before her. She has a keen interest in finding out about the past as well as her family history especially tracing back where her origins come from. IG: @heena.ck