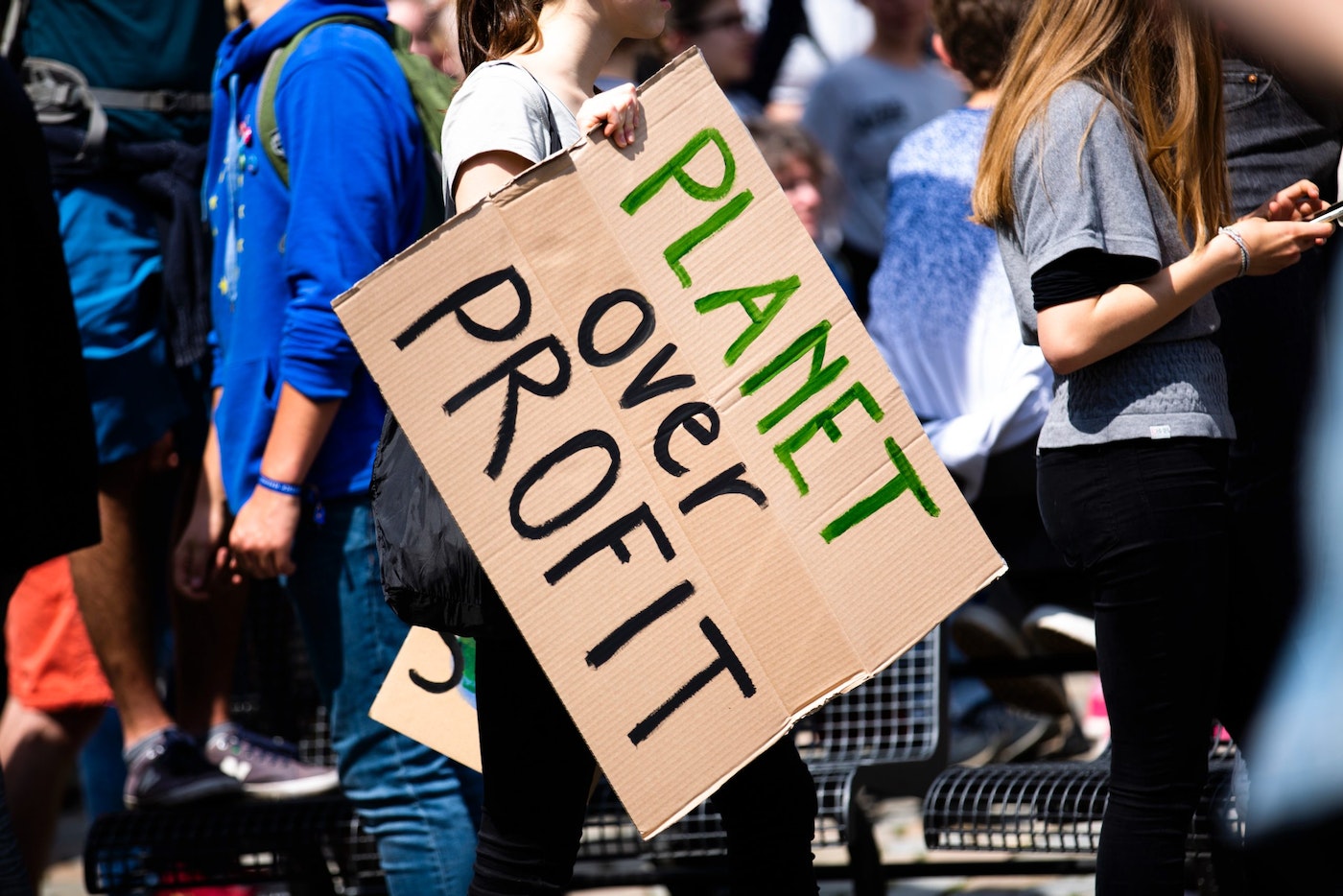 A hum of anxiety across the nation intensifies as the UK’s cost of living crisis looms large; coupled with a summer of intense heat waves, extreme weather and the energy needed to live with the impact of the climate crisis only adds to the despair.

Energy price hikes come after a decade of stagnating wages, which have failed to rise in line with inflation and during (multiple) government leadership contests, where some of the country’s wealthiest MPs advise we simply adjust our lifestyles and continue cutting vital resources. The challenging circumstances facing our society mean we are paying attention to the intersections of disadvantage. Like climate change, the increasing cost of living crisis will be felt throughout the nation, but the burden of these crises will not be carried equally.

It is clear this situation will impact the most economically underprivileged amongst us, of which includes large swathes of the British Muslim community.

According to the Office for National Statistics, Muslims have the lowest employment rate of all religious groups across England and Wales (1), and between 2009 and 2011, it was reported that 50% of Muslim households lived on or below the poverty line, more than twice the national average of 18%. Moreover, a brand new report by Muslim Census found 1 in 5 of the British Muslims have used a foodbank since August 2021, and over 75% noting the crisis has directly impacted their mental health (2).

“At NZF, we’ve seen a record number of applications to our Hardship Relief Fund over the last 12 months. The cost-of-living crisis has meant that Muslims who were already struggling to get by month to month are facing an unprecedented struggle just to cover the basics.”

“The cost of bills keeps me awake at night, so much so that I had to sell whatever jewellery I had to raise money to pay the rent and keep the heating on.”

This phenomenon of long lasting disadvantage being faced by the British Muslim community has been labelled the ‘Muslim penalty’. In a recent study, Bristol University’s Dr Sweida-Metwally investigated the challenges faced by Muslims in the British labour market. His research found that they ‘experience the greatest faith penalty relative to any other religious group’ regardless of their ethnicity, which could have been assumed the bigger factor at play here (4). This is contrary to the popular and problematic belief that Muslim communities choose to self-segregate, rather than face relentless discrimination which undermines their ability to achieve and escape poverty.

How do the cost of living and climate crises intersect?

Taking this into account, how does being on a low-income impact your experience of the climate catastrophe? Simply put, tied with rising cost of living, these dual, intersecting challenges are two faces of the same crisis which is the persistent desire of constantly growing profits for corporations.

Friends of the Earth recently examined who suffers most from heat waves in the UK, and identified the top 20% most socially vulnerable neighbourhoods in their report (5), these happened to overlap frequently with areas which possess a high Muslim population. This included cities such as Birmingham, Leicester, Derby, and London boroughs including Tower Hamlets, Newham, and Redbridge. UK Muslims tend to live in more built-up residential areas, with nearly half of the Muslim population residing in the bottom 10% of the most deprived districts (6).

It comes as little surprise that boroughs with a lower average income are also not built with preventative methods of warding off extreme heat, such as less crowding or more trees and green spaces. Therefore, the most economically disadvantaged are facing the full force of climate catastrophe, despite relatively causing far less damage to the environment – the poorer among us tend to lead much more sustainable and wasteless lives, if only out of necessity.

Robert Bullard, known as the Father of Environmental Justice, refers to these spaces as designated sacrifice zones, which are ‘geographic areas that has been permanently impaired by heavy environmental alterations or economic disinvestment’ (7).

How are Muslims currently left out of the conversation on climate?

Despite the disproportionate impact of these intersecting disadvantages on marginalised communities, they are too often the ones left out of the conversation or the work of undoing this injustice. Non-white and socio-economically disadvantaged communities are more concerned about climate change, more likely to take actions to reduce their environmental impact, and are producing far less CO2 emissions. But earlier this year, The Race Report found that ‘just 4.8% of environment professionals identify as Black, Asian, or minority ethnic, compared with a 12.6% average across all professions’ (8). The environmental movement is centred around the white and middle-class, and this is glaringly obvious from Extinction Rebellion protests to COP representatives and activists who receive the most media coverage.

What can Muslims do with this knowledge?

Nature is highly revered in the Islamic faith and as Muslims, we are obliged with being caretakers of the earth. Sheikh Abdal Hakim Murad notes that ‘Islamic civilization has been based on the rejection of waste as an underestimation of God’s blessing’.

We can go beyond supplications; British Muslims desperately need their interests represented in the spaces where decisions are made that impact their everyday life. Any real, serious, or fair solution to the crises that face us needs to account for the unique challenges created through intersecting injustices for those at the forefront of calamity.

Often change is top-down and siloed, which runs the risk of recreating existing power imbalances. Our communities should also feel empowered to believe that much-needed solutions can come from ourselves and be guided by the teachings of our faith, because when they do, they also reflect our own values and visions.

For instance, The Muslims in Britain Research Network (MBRN) held their first Environmental Sustainability & British Muslims Conference featuring a line-up of Muslim and non-Muslim speakers, academics, activists, and more exploring the impact of a changing climate on the Muslim community. The Green Deen Tribe is an initiative that states the environmental crisis is also a spiritual one, and that our responses and solutions should also consider our community’s spiritual connections and seeks to nurture this (9). Moreover, the Cambridge Central Mosque is a renowned eco-mosque and a testament to what can be achieved when we are purpose-driven and intentional, from its naturally lit spaces to being cooled and heated via locally generated energy (10).

Muslim Aid and the National Zakat Foundation have also teamed up to deliver the Hardship Relief Fund, for which there has already been a huge uptake in applications reflecting dire need, and NZF have increased their grants by 15% to provide extra aid with rising costs. This exemplifies how solutions can be achieved through effective collaboration between Muslim organisations and the benefits of utilising our reach, expertise, and our connections with our own community.

It is difficult to continuously talk about challenging situations in what feel like already desperately bleak times, but we cannot fight the intersecting oppressions that we cannot name or do not know are happening. The common thread here is that these are man-made crises – just as swiftly as they come, they can be undone for the wellbeing of every person’s life. Through fighting back against increasingly unlivable conditions, we can elevate the too often overlooked, marginalised voices most impacted, and continue to empower one another.

(1) Office for National Statistics, ‘Religion, education and work in England and Wales’, February 2020

(4) Samir Sweida-Metwally (2022) Does the Muslim penalty in the British labour market dissipate after accounting for so-called “sociocultural attitudes”?, Ethnic and Racial Studies, 45:16, 359-388

(6) Trust for London, ‘Inequalities and disadvantage in London: Focus on Religion and Belief’.

Fahmida Miah is a Programme Manager at Media Trust, a charity which aims to give marginalised groups a stronger voice. She currently leads their Inclusive Reporting and Intersectional Reporting Programmes, aiming to promote fairer media representation and help connect newsrooms with diverse communities and equalities charities. Previously, she has helped deliver the Digital Communications Programme which provided free training, support and mentoring to 1000+ charities, focusing on areas experiencing the most socio-economic disadvantage. Fahmida is passionate about environmental justice and often writes on the subject, exploring how marginalised communities in the UK are impacted by climate change. She regularly shares her art and writing on her Instagram @_fahmida.miah and writing page.