by Amaliah Anonymous in Identity on 25th December, 2022 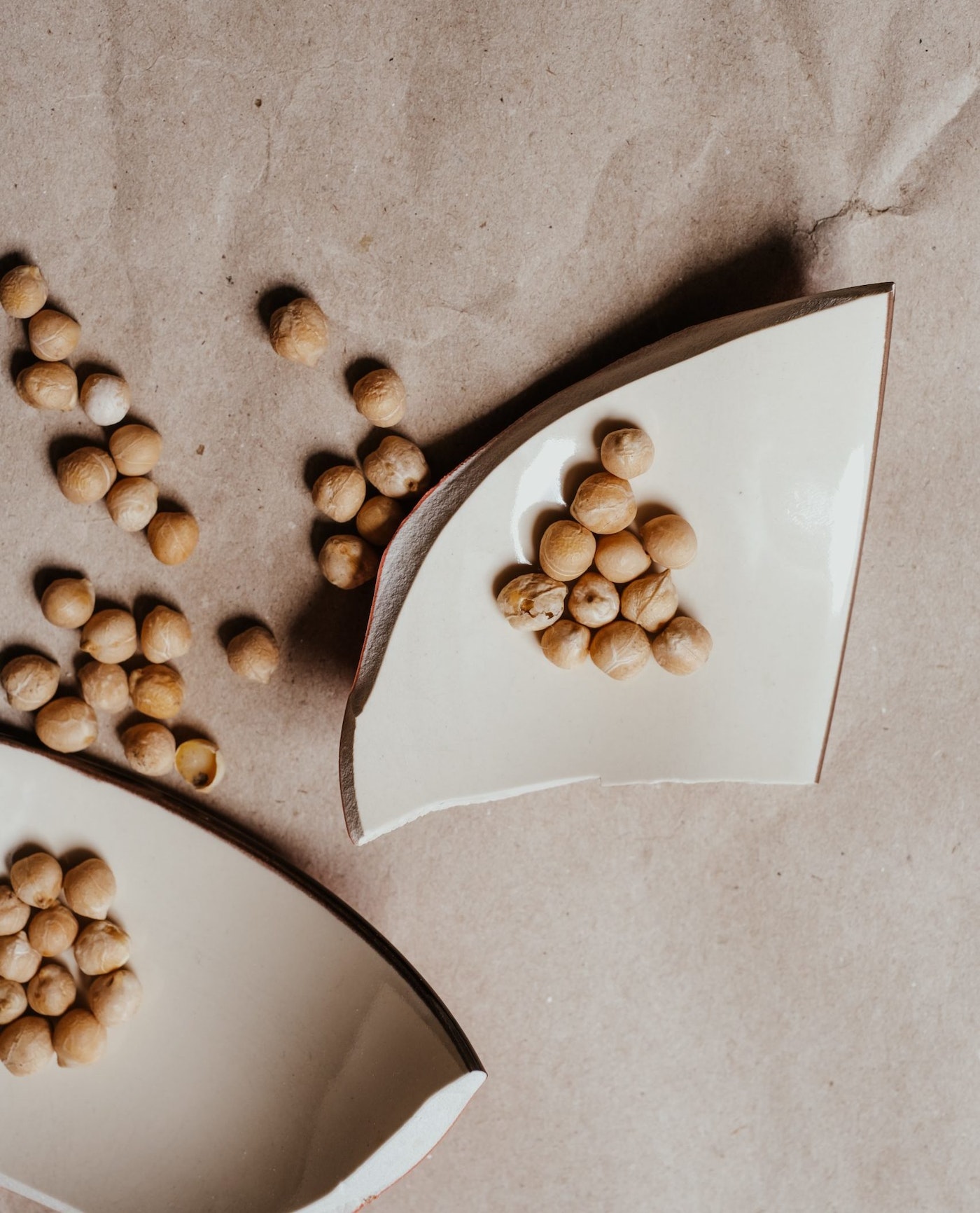 When I started my period, in my family, we conversed, and often complained, amongst ourselves. Our periods were long, heavy, and painful. They were uncomfortable and debilitating. Wearing night-time pads during the day and taking the highest dose of prescribed medications as possible. It was a common monthly occurrence for all of us.

On particularly bad occasions, concerns were quickly dismissed. You vomited because the pain was so bad? Women from your dad’s side get that. You bleed so much that you cannot leave the house out of fear? These things happen on your mum’s side.

These responses were said with no malicious intent, but were merely informed by the experiences and advice that the people around me had received or heard from others.  And this speaks to two dominant issues in wider society: the reduction of unique plights (1) of women by other women (the “what?”) and societal issues which inform these interactions (the “why?”).

Women “versus” Women: The Role of Women in Dismissing Our Own Pain

We cannot deny that women do not always ally with their gender in times of need. I complained for years about a bad period which was constantly dismissed as a common occurrence for people in our family, and I needed to “get on with it.” It turned out that though common in my family, it was not, in fact, normal. After badgering my local clinicians for tests, results, and consultations and a trip to a private scan clinic at the expense of my own wallet, I was diagnosed with endometriosis (2) which then formed a life-threatening cyst in my body. To emphasise the magnitude of my case, I was given a surgery date for two weeks after my appointment during a pandemic (3). While I acknowledge that it was written for me to be diagnosed and treated when I was, I would like to emphasise the importance of taking our health and that of our womenfolk seriously.

This dismissal of a woman’s pain is not restricted to the medical field. Women are also dismissed when they experience pain and difficulty within other circumstances, including sexual assault or domestic abuse.

I was sexually assaulted for the first time in my teens, and when I confided in the women around me, I was told, yet again, that these things happen. Someone I know was told “boys will be boys”. Another, “you’re overreacting”.  Each time we had shared our grievances at being violated with another woman – someone we had trusted, even built a camaraderie over it, only to have it dismissed by being told that these were common occurrences to accept and not anomalies to raise, while the perpetrator was left with no consequences or accountability.

This is mirrored in the behaviour shown towards victims of domestic abuse. Domestic abuse is an umbrella term for a variety of abuses conducted under a roof, which disproportionately affects women (4). Ranging from physical abuse to financial abuse, women are frequently told that these things happen. These comments not only come from women, but particularly women the victim is related to. The mother, sister, aunt, all reduce the victim’s plight based on their experiences, the experiences of those around them, or the local culture they were brought up in wherein women may be expected to “submit” to her partner unconditionally. The victim may sometimes be told that “men never change, the woman needs to change for him,” absolving  the perpetrator of responsibility.

If these things happen, why has the default reaction remained passive? Why is there  a greater emphasis on reducing this individual experience to a single star in a constellation of crimes rather than acknowledging that both the star and the constellation are two barriers to preventing and remediating women’s issues?

Through the Lens of Colonialism

Historically, it has been argued that women are not seen as individuals but rather as symbols and representations of other concepts and ideas. One interesting debate is that on Sati (widow self-immolation in South Asia) (5). If a widow did not commit sati, she faced marginalisation from society because the group she involuntarily symbolised had been tainted.  Often, women encouraged one another to commit sati to spare not just her, but her family and the wider community.

Lata Mani, an academic, famously observed that women were then the grounds, not the subjects, of women’s rights discourses (6). Indian men fought for and against Sati more so to defy or ally with colonial rule rather than consider the wellbeing of the women. This was exemplified by the lack of women’s voices within these discourses. Their bodies thus became fields for a proxy war between Indians and their colonisers. Why, then, were women chosen to symbolise the maintenance of national values and defiance of colonial ones? It is because they were viewed as having an innate and unique strength compared to their male counterparts. This strength is predetermined, not subjective; it is “self-sacrifice and silent suffering” (7). Her maintenance of these characteristics was her value in society.

Thus, women were born into circumstances wherein decisions about their bodies were being made for them without consultation. They were expected to accept such demands not because of who they were but, what they represented, and many did. They were further encouraged to do so by fellow women who had experienced or witnessed the consequences of defying social expectations. Hence, they adopted this idea over generations, enabling the notion that a woman must behave “silent” and “selfless” to maintain the family, society and nation that they represented. “These things happen” and you must get over it for everyone else’s sake.

Mistrust in Social Systems: Why Some Doctors Dismiss Women’s Pain

Moving away from historical events into the modern day, women are still treated dismissively by general society; either they are ignored or deemed to be overreacting, particularly by professionals from whom they are expected to seek help. Previously, women seldom spoke up because of the expectation that a good woman remains silent, yet now when they do air their grievances, they are quickly dismissed.

One key example of this is in the medical field.  There have been several instances in which women have visited their GP with complaints of gynaecology-related issues (pain in the lower abdomen, spotting, unusually long periods), from the moment they hit puberty until they are menopausal. Their concerns are  dismissed, with commentaries such as their bodies are still growing and adjusting or that what they are going through is normal for people from their demographic. I know this not only from personal experiences but professional experience from my time in the NHS. Although the issues of the healthcare system falls beyond the scope of this article, the conclusion remains that professionals are quick to dismiss gynaecological issues with little to no investigation into causes and effective management.

This is not a new phenomenon; it happens to us and it happened to our foremothers who were less knowledgeable on these social systems than us. The system they were supposed to trust let them down, told them that “these things happen” to women, and they should get on with it. Unfortunately, they pass forward what they know and have been told, to the point where in their attempt to protect us from an unreliable and untrustworthy system, when faced with similar issues, they encourage us to leave it. The stress, heartbreak, and constant dismissal weren’t worth it. “These things happen” and we’ll be better off ignoring it.

These attitudes exist simply because, for many, it is all they know. Our mothers, aunts and grandmothers have been told that these things happen, but no one ever told them that they shouldn’t. They lived in an era where they were in a new country with new services, navigating life in “survival mode,” often taking whatever advice they could without the time to seek something more or fight for something better. Having witnessed the dismissal of women’s issues throughout history as well as the consequences of taking an active stance, for them, acknowledging that these things happen is a comfort – for they were not being targeted nor were they alone. But the danger is, life is not stagnant and by enabling these attitudes now we create a harsher, unequal society for generations to come.

So how do we change this?

Firstly, advocate for yourself. Try to be strong and self-assured that your individual experience matters, regardless of whether it happens frequently or to many women across the world. Acknowledging your individual struggle and the wider women’s struggle should not be mutually exclusive.

Secondly, be an active bystander and advocate for others too. If you have heard someone else’s issue be dismissed, validate their experience and stand up for them. To the “perpetrator”, call them in by having private conversations and using familiar language, not out by publicly humiliating them and using unfamiliar jargon. Make sure they understand that these are not the attitudes we should be endorsing, as well as how it affects them.

Lastly, spread the word. We should not have to wait for someone to be hurt to talk about the dismissal of women’s issues. The more mainstream it becomes, the easier it will get, by the grace of God.