Women Around the Prophet ﷺ: Lessons From the Lives of the Sahabiyat

by Maryam Tope Abdulwahab in Soul on 17th January, 2023 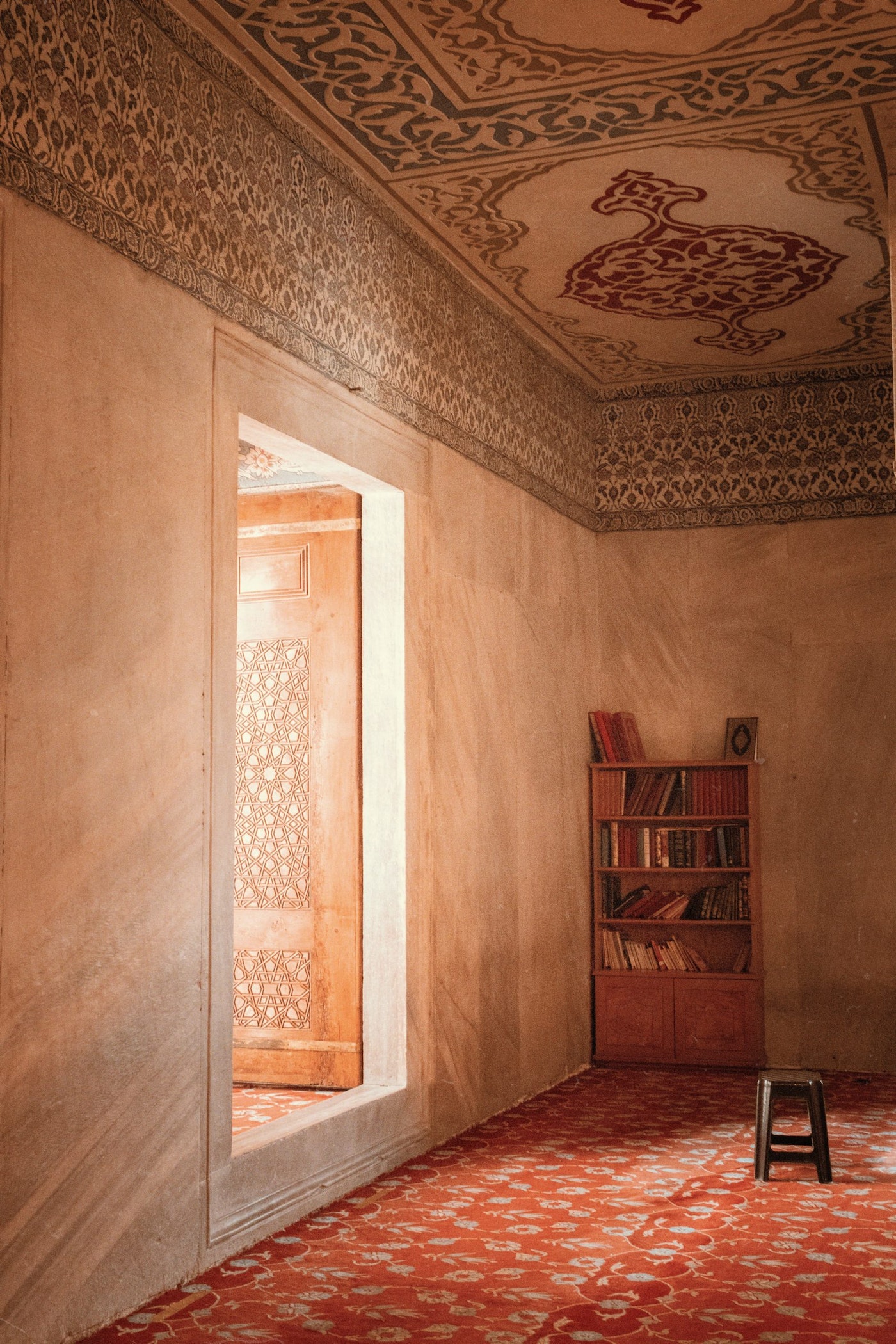 “The certificate of a woman ends in the kitchen” was a common statement I grew up listening to, mostly from women who had been subdued to the regular housewife duties of giving birth, cooking for their husbands, and single-handedly raising their children. We are often told that to find suitable suitors and live a happy life, we, as women, must be less ambitious and reduce our drive for success.

Several people claim that women are oppressed in Islam. They believe that Islam robs women of their rights and treats them unfairly. To them, Muslim women are not required to follow their dreams; they believe our sole role is to get married, conceive, and take care of the home. However, the status of Muslim women in society is elevated.

While attempts have been made to silence our voices and relegate our jobs to the home, there are records of Sahabiyat (female companions of the Prophet ﷺ) who were fearless, powerful, beautiful, enterprising, knowledgeable, eloquent, and influential. They stood at the forefront and played major roles in propagating Islam and living a fulfilled and noteworthy life. The lives of these Sahabiyat are filled with profound lessons that are relevant in today’s society. They are a wake-up call for Muslimahs from different walks of life to harness their God-given talents, break new ground, and accomplish that one goal they are scared of starting.

Below are profound lessons from the lives of five (5) Sahabiyat, who were recognised by the Prophet Muhammad ﷺ for their confidence in Allah, significant achievements, and admirable qualities.

Bareerah (RA) was an Arab enslaved girl to the Prophet’s ﷺ first cousin, Utbah ibn Abu Lahab, who obligated her to marry a fellow slave, Mugheeth. However, Bareerah was not in support of the union. As someone who was enslaved, she had no choice but to marry Mugheeth, with whom she later bore a child.

Aisha (RA) reported that Bareerah approached her to seek her assistance in paying off her master in instalments. However, Aisha was willing to pay the entire amount and set her free. [Bukhari] (1).

After gaining freedom, Bareerah was given the option of remaining the wife of Mugheeth or leaving. But, she chose the latter: to leave him and start a new life.

Bareerah’s husband was crestfallen after learning of her decision. He would follow her around with tears streaming down his face. When the Prophet ﷺ asked Bareerah why she did not want to return to him, she demanded to know if it was an order. He ﷺ replied with denial.

Thereafter, Bareerah became a scholar who imparted her knowledge of Islam until her death.

Bareerah was a brave woman who knew exactly what she wanted and was willing to stand by her choice. She was also a smart woman who was able to break free from slavery and a loveless marriage to impact the Muslim community using her knowledge about the deen.

Furthermore, Bareerah’s story reflects on the rights of women in Islam to make their own decisions, so long as they are within the tenets of the Shariah.

Al-Khansa, remarkably known for her eloquence, was one of the most prominent poets during the time of the Prophet ﷺ. She began writing poems at a young age but never dared to compose more and share them. However, the deaths of her beloved brothers, Sakhr and Mu’awiyyah, compelled Al-Khansa to express her sorrow in the form of poetry.

The Prophet ﷺ was so full of admiration for Al-Khansa’s skills that he would request that she recite her poetry. One of such outstanding poems includes the following lines, written in honour of her brother, Sakhr:

“The rising of the sun reminds me of Sakhr,

And I remember him with every setting of the sun.

If not for the numerousness of those bewailing

Their brothers, I would have killed myself!

But I do not cease seeing one bereft of her child.

And one weeping over the dead on an unlucky day.

I see her distracted by grief, weeping for her brother.

The evening of his loss or on the day after.

They do not mourn the like of my brother, but

I console myself over him through their sorrow” (3)

He ﷺ enjoyed listening to her, and whenever Al-Khansa stopped, he would motion that she continue.

“Go on, Khansa!” the Prophet ﷺ would remark.

He ﷺ regarded Al-Khansa as having superior poetic skills to the famous poet, Imru’ al-Qais.(4)

She was also well-known for her bravery and love for Islam. Khansa and her four sons, ‘Amr, ‘Amrah, Mu’awiyah, and Yazid, fought in the battle of Qadisiyyah – a battle which led to the death of her four sons. Upon hearing the news, Al-Khansah muttered ‘Alhamdulillah.’

In a period when women were timid and faced extreme fear of honing their skills and revealing their God-given talent to the world, Al-Khansah took the bold step to compose poems so beautifully that the Prophet Muhammad ﷺ enjoyed listening to them.

She was also a courageous woman who fought in the battle of Qadisiyyah along with her sons. She also focused on the bright spots and positive sides of losing four sons, to martyrdom, in the famous battle.

Shifaa’ bint Abdullah was one of the first companions of the Prophet ﷺ to embrace Islam and migrate from Makkah to Madinah. After emigrating to Madinah, her new home was close to the Prophet’s ﷺ mosque and the Madinan marketplace. Consequently, the Prophet ﷺ and Umar ibn Khattab (RA) used to consult her on trade decisions. This, eventually, formed a trusting relationship between them (5).

She was well-known for her wisdom and vast knowledge in a variety of fields, including medicine, politics, trade, and commerce. This explains why Ibn Hajar ‘Asqalani regarded her as one of the smartest women during that period (6).

Illiteracy was a prevalent feature among people, and it was rare to find people who could read and write. Verbal communication and memorisation were the primary modes of facilitating learning. Regardless, Shifaa’ bint Abdullah was one in a thousand who had mastered the art of reading and writing. In addition, she imparted knowledge and understanding of written communication to others.

Her given name, Shifaa’, translates as “the Healer,” indicating that she was skilled in medicine. At a time when the medical discipline was still developing, Shifaa’ was one of the females who healed people of their illnesses (7).

When Umar (RA) was the caliph, he appointed Shifaa’ to oversee trade and commerce-related affairs of the state, making her the first Muslim woman to attain an official position. Umar (RA) entrusted her with a lot of responsibility because he always sought her perspective on business-related matters. The skillset and professional competence she demonstrated in managing the Medinan market made her an exceptional public holder.

You can accomplish anything you set your mind to. Plan on becoming highly skilled in literature, law, and finance? Well, the sky is only your starting point. Shifaa’ bint Abdullah’s mastery of several fields demonstrates the ability of Muslim women to gain new skills, break new grounds, and claim political positions.

Shifaa’s story also demonstrates the importance of sharing one’s knowledge so that it can benefit others. As reported by ‘Uthman ibn Affan : The Prophet ﷺ said, “The best among you (Muslims) are those who learn the Qur’an and teach it.” [Bukhari]

Nusaybah bint Ka’ab, also known as Umm ‘Ammaarah, was one of the Sahabiyat who actively participated in the fight for the cause of Allah. She believed that women had the same obligation as men to defend the religion of Islam.

Known for her valiant efforts in participating in Jihad, Nusaybah fought in the battles of Al-Yamamah, Uhud, Hunayn, and the Treaty of Hudaybiyyah (8). After learning that her son, Habeeb, was murdered by Musaylamah, she vowed to kill him or die trying. As a result, Nusaybah participated in the Battle of Al-Yamamah. While her son, Abdullah, killed Musaylamah in the Battle of Al-Yamamah, it also led to his martyrdom. One of Nusaybah’s hands was severed in the battle, and she was inflicted with several wounds.

Nusaybah is also regarded as the most remarkable woman who took part in the battle of Uhud. She protected the Prophet Muhammad ﷺ against enemies by shooting at them with an arrow and striking them with her swords. She hustled to protect the Prophet ﷺ whenever danger approached him.

When the Prophet ﷺ became aware of this, he remarked, “Wherever I turned, to the left or the right, I saw her (Nusaybah), fighting for me.” (9)

Nusaybah was also a strong advocate for Muslim women. She inquired from the Prophet ﷺ about the reason why the Qur’an did not refer to women. Shortly afterwards, Allah revealed verse35 in Surah Al-Ahzab to the Prophet ﷺ, which reads:

Nusaybah bint Ka’ab was a courageous woman who believed that women had the same rights as men to fight for Allah’s cause. She also had an immeasurable love for Allah and His Messenger ﷺ, which explains her willingness to risk her life defending Islam.

At a time when medicine and surgery were gaining prominence, it was difficult to see so many people, particularly women, in this field. Rufaida is widely recognised as the first female nurse in Islam (10).

Rufaida was raised by a family who had a close link to the medical field. She gained clinical experience from her father, Sa’ad Al Aslamy, who was a physician. Rufaida utilised her clinical knowledge to train numerous women to become nurses and work in the medical field. She was also a social worker, who assisted in the resolution of public concerns.

When Muslims fought against their enemies in battles, Rufaida honed her clinical skills in her tent. Her knowledge of medicine instilled trust in Prophet Muhammad ﷺ, so much that he would order that casualties be taken to her tent for treatment (11). When the Muslim soldiers prepared for the Battle of Khaybar, Rufaida and a team of nurses approached the Prophet ﷺ to request that they accompany the soldiers to the battle in order to take care of the casualties, as well as provide any other service as required. The Prophet ﷺ granted their request. Consequently, they assisted the army so much that the Prophet ﷺ assigned Rufaida a share of the spoils of war to honour the role she played in treating the wounded soldiers (12).

Rufaida was also very passionate about helping needy Muslims, such as the disabled, orphans, and poor Muslims.

Rufaida’s in-depth knowledge of medicine is proof that you can achieve anything you set your mind to accomplishing. If you’re scared to be  the first Muslim woman to achieve a feat, consider Rufaida’s life: how she learnt clinical skills from her father and used them to help the Muslim community.

Muslim women, during the era of the Prophet ﷺ, were fearless, courageous, and determined to fulfil their dreams. They didn’t let any obstacle deter them from accomplishing their goals and aspirations. From the slave who broke free from her master and a loveless marriage to a mother who fought alongside men on battlefields, these stories should buoy you to shun fragments of discouragement and fulfil those big dreams of yours.

Maryam Abdulwahab is a communications specialist who is currently pursuing a Master of Business Administration. When Maryam isn’t writing, she can be found cooking jollof rice, reading a fictional piece and loads of newsletters, or listening to a soul-lifting podcast. She has an indescribable love for rain, flowers, and tea. You can follow her on Instagram to stay up to date with her work: @maryamnittywall

Becoming a Moon: A Crisis in Islamic Knowledge and the Need for Female Scholars of Islam