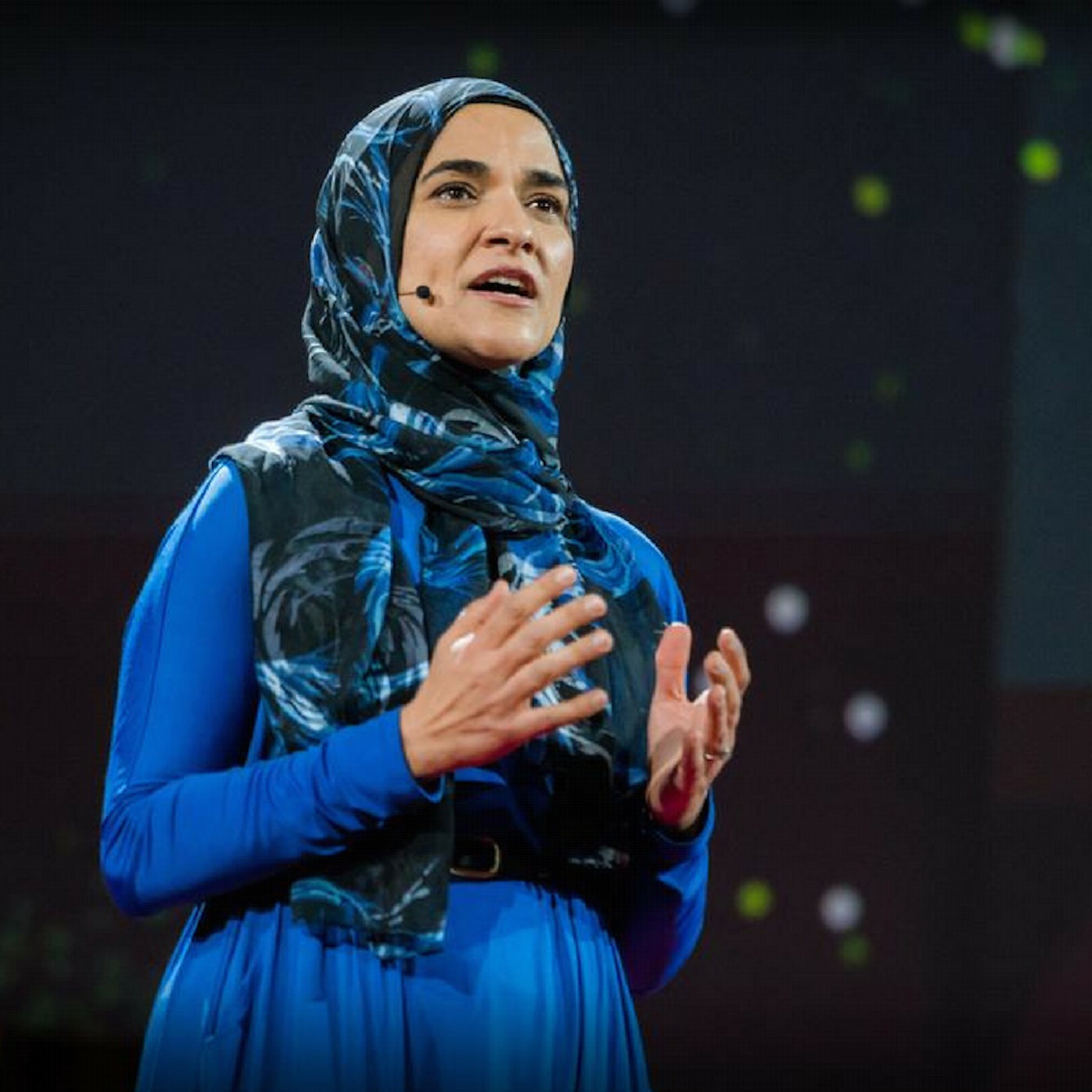 Daliah Mogahed an inspiring woman who is trying to really change the tide in America and around the world, by addressing the toxic climate that the media are creating around Muslims. When I think of her work I often think of the hadeeth:

She opens her TED talk with “What do you think when you look at me? A women of faith, an expert maybe even a sister or oppressed brainwashed, a terrorist. Or just an airport security line delayyyyy, that one’s actually true.

She actually says she “I don’t really blame you “ as the media really pushes images of hijabi women in relation to terrorism and thus contributing to Islamaphobia that either you or someone you know has experienced.

“One Study found that 80% of news coverage about Islam and Muslims is negative,” she jokes about the fact that “people may not talk to their Uber drivers” as many are often Muslim. She intelligently frames the issues around interactions and observations the audience may have been part of and sprinkles jokes amongst her serious message which helps to digest a lot of the hard hitting facts.

She speaks about “…coming out” as a Muslim. Before I give it all away, Check out her talk below and let us know what you think.

Modesty Must Begin With the Heart Not the Hemline