Whose Modesty Is It Anyway?

by Khatija Sacranie in Identity on 31st January, 2018 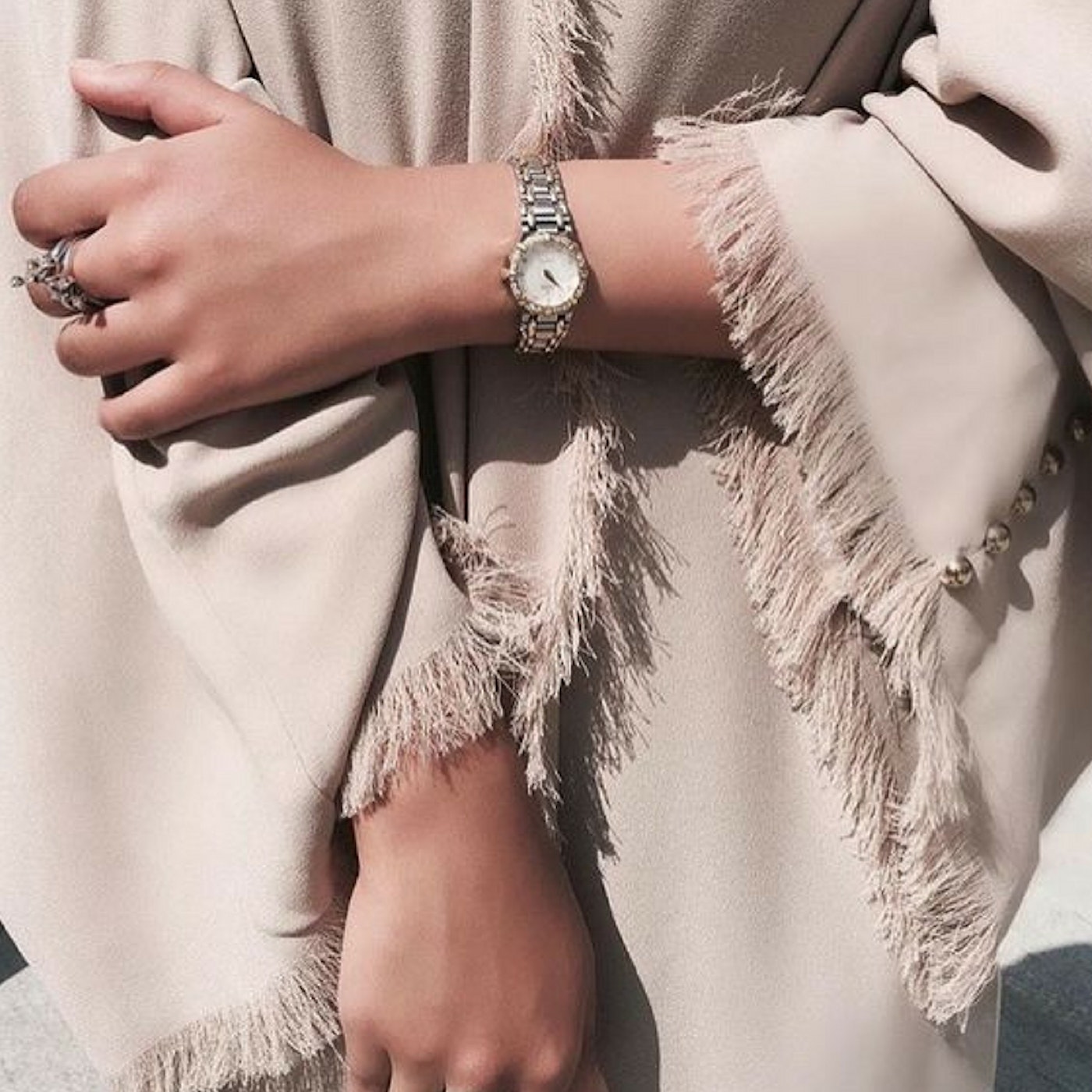 From London to Dubai to Pakistan to Palestine to Saudi Arabia to South Africa… “Modest Fashion”… in the Muslim context… means something quite unique and different to each individual group or nationality.

Whether it’s a funky turban worn by a young trendy fashionista on London’s Oxford Street, a shalwar kameez and dupatta in Lahore, a Khaleeji black abaya worn with red-soled stilettos in Dubai, a long pale-colored coat and tightly bound white scarf in Jerusalem or a short sleeve t-shirt and black head scarf in Cape Town, each group feels that they are adequately fulfilling Allah’s commandment … to “cover”.

So, at what point does fashion, for Muslim women, stop being just fashion, the shape and form of which is left to these women to determine as part of their own self-expression and actualization, and instead becomes a strictly imposed set of rules and specifics? The length of the dress, the width of the scarf, the tightness of the silhouette, the height of the heel… or the camel hump for that matter?

Unlike the requirement for modest dress for Muslim men, which prescribes that they need cover only from the naval to the knees, for Muslim women, the prescription is far more detailed.

In the Quran, women are told to “draw their khimar (head-coverings) over their chests” and the Prophet (peace be upon him) instructed believing women to cover their bodies, except for their faces and hands.

Despite this edict to avoid clothing that is eye-catching, there is no prescription on the color of the clothing. Black was never the order of any day.

So where do these prescriptions fit into the evolution of our new burgeoning Modest Fashion market?

In order to sustain this market, diversity is surely the key? Different shapes and styles, separates and coordinates? But who determines whether modest is modest (or Islamic) enough?

Up until now, that determination has sat very firmly with our scholars, but very much with a one size fits all approach. However, with the growth of the Modest Fashion sector, what we are now seeing is Muslim women reclaiming their narrative. Through platforms such as Amaliah, Muslim women are sharing their voice and demanding diversity in fashion without compromising what is their own personal interpretation of the requirements of the faith. But is this voice one which is occurring in a vacuum or is it the new norm?

I wonder… with sisters commenting voraciously on social media about the turban not being hijab; others stating that wearing prints and bright colors is haram or that trousers cannot form part of a modest wardrobe.

As Muslim women, if we want to reclaim the narrative and keep it, we will have to ensure that the voice, the platform and the discussion around what is “modest” is inclusive and accepting.

If we want to defend the right to wear the niqab we should be equally accepting of the sister in the turban and the skinny jeans.

It is a sliding scale of modesty… and not one we have a right to criticise, judge or confront. As Malcom X said “Do not be in such a hurry to condemn a person because he doesn’t do what you do, or think as you think. There was a time when you didn’t know what you know today.” As a once upon a time… and Inshallah one day again… hijabi, this is a profound and important lesson to me.

One size does not fit all. In modesty as with all things in life.

Our beauty as an Ummah remains in our diversity. In race, culture and yes… also in dress. It is important that the self-appointed guardianship of Muslim women’s identity does not move from the Mufti’s and Molvi’s to those who are now holding the pen, the facebook page, pulpit or domain name that represents “Modest Fashion”.

“Modest” should be yours to determine as you choose.

Small Talk With Muna + Munadiah: What Has Race and Religion Got to Do With the Climate Crisis?