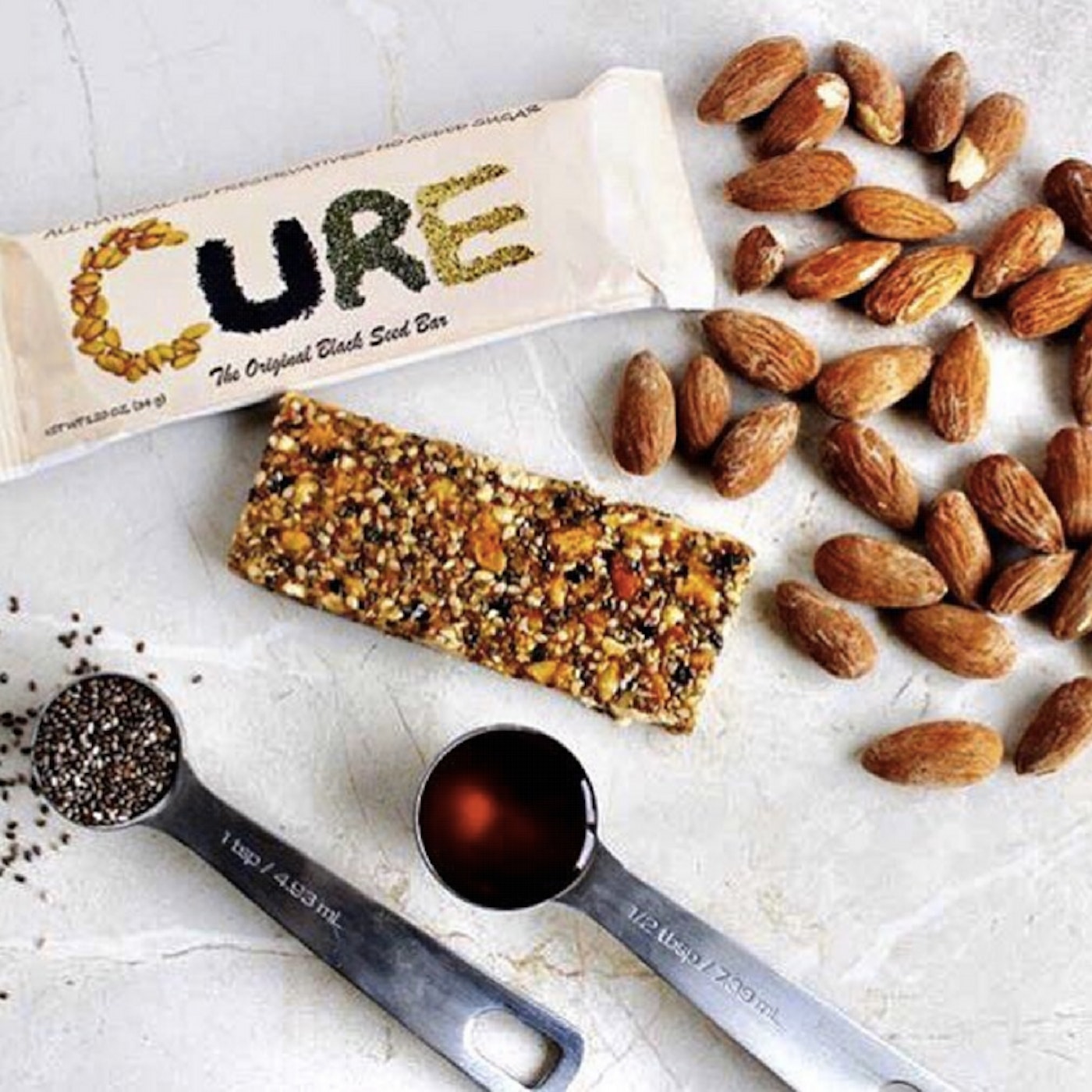 A healthy snack bar with a spiritual twist.

Zobaida Falah combined her passion for wellness with her love of giving back to create the CURE bar, a non-GMO, gluten-free snack bar — where for every bar sold, another bar is donated to a person in need.

“I wanted to establish a company that went beyond creating products that merely help society, but rather establish a movement in the world,” says 25-year-old Falah, who launched the online store in late April.

Research shows that consumers want healthy food and are willing to pay the price. It wasn’t until recently that mainstream grocery stores like Giant included aisles dedicated solely to organic, natural foods. According to Euromonitor International, global sales for healthy food products are estimated to reach $1 trillion by 2017.

While non-GMO, gluten-free snack bars are familiar in the healthy food market, the CURE bar uses an ingredient that is missing from the industry: Black seed.

The black cumin seed, also known as Nigella sativa, has been deemed a superfood by various health and wellness websites. It comes from a flowering plant that is grown in the Mediterranean and has been used to make medicine for over 2,000 years.

Falah first came up with the idea to create the CURE bar from a family recipe. Her grandmother used to ground up black seeds and mix it with almonds and honey.

“She would feed us this mixture every day because she believed it protected her from any sickness,” Falah says. The belief came from the hadith that states:

“Use the black seed, in it is a cure for everything except death.”

Despite the hadith, black seed isn’t a daily food for many people because of its natural bitter taste. That’s one of the reasons why Falah kept playing around with recipes until one stuck.

“I believe this is an unutilized gem in the healthy food industry and I wanted to introduce it to the world in a modern durable treat,” she says.

Apart from the black seed, the CURE bar is made of honey, almonds, sesame seeds, chia seeds, oats, puffed millet, coconut oil and sea salt — all ingredients that Falah tries to consume daily. Moreover, the nutritious snack is made without sugar, soy or preservatives.

“I believe when you eat well, you feel great, thus treat others better,” Falah says.

Encouraging healthy eating habits isn’t the only goal on Falah’s mind. Falah says she also wants to help end world hunger, one bar at a time. Therefore, whenever a CURE bar is purchased, another bar is donated to a hungry person.

“With all the entropy in this world, there is a dire need for people to stop and think about those less fortunate and do something to contribute to easing the suffering throughout the world,” Falah says.

In addition to the “Give a Bar” campaign, CURE M delivers CURE bars to Ohio food banks monthly. Globally, Falah says she hopes to build farms in low-income countries and help teach natives how to farm and reap the benefits of their crops.

Before founding CURE M, Falah worked as a real estate agent and English teacher. Now, as CEO of the company, her love for nutrition has taken her to new heights. She says her vision is to have CURE bars in every grocery store, airport, gas station, school and vending machine, so people can have an alternative to starchy carbs and fat-filled snacks.

According to Falah, some grocery stores have already shown interest in carrying the healthy snack bars.

“It’s exciting to watch the company grow so rapidly and I look forward to what the future holds,” Falah says.