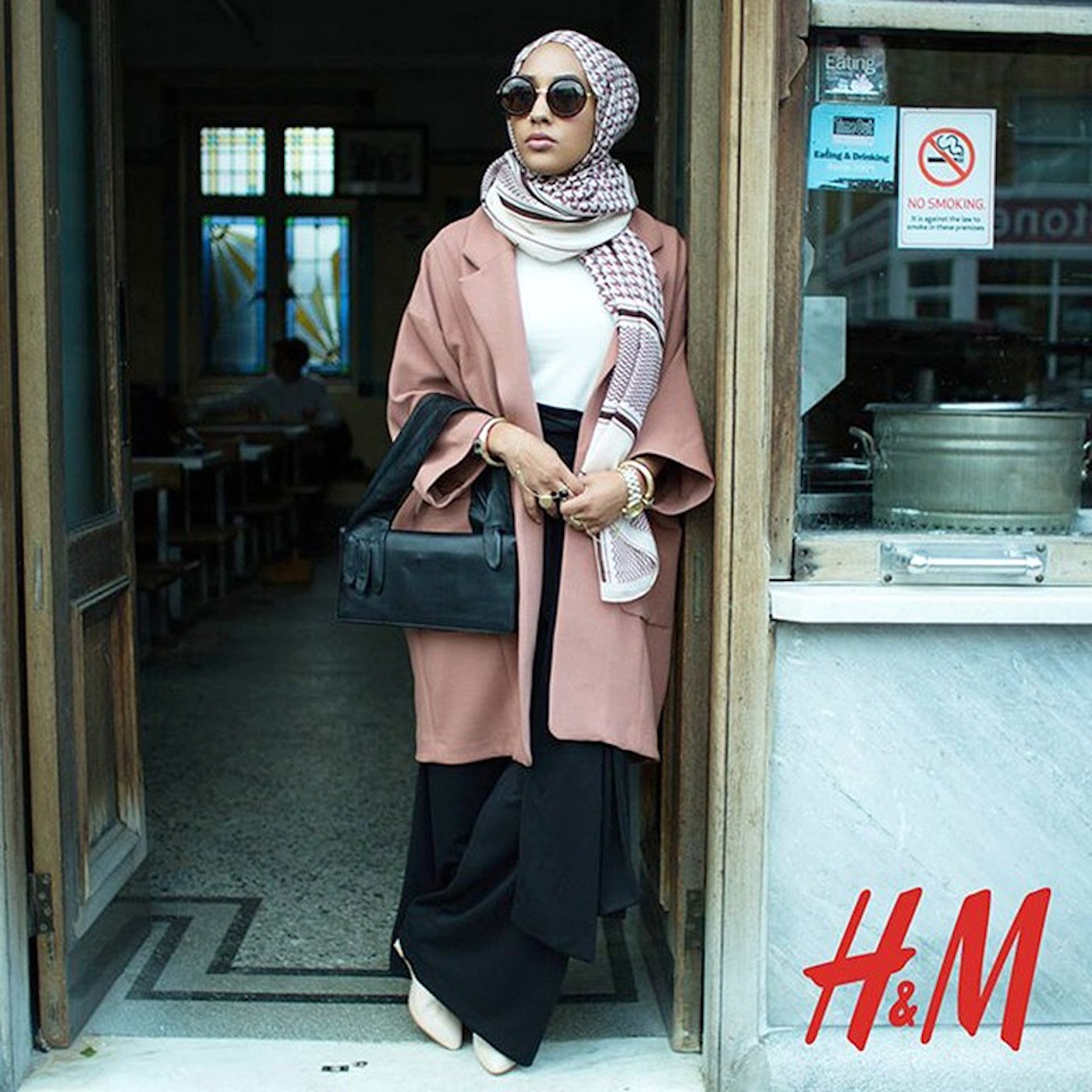 I AM NOT YOUR TOKEN HIJABI.

I will not be a part of or support a fake woke campaign for the economic benefit of your commercial empire.

Do brands not realise how transparent their efforts are when trying to bank $$$ off of Muslim consumers under the guise of social justice or inclusion.

Excuse me but the Muslim consumer existed before the H&M advert, before Nike’s do-rag, before Twitter retweets and certainly before 9/11. Where were you when innocent people were being slaughtered in Syria and Palestine? Where were you when millions of Somalis were dying in the famine? Did you stand by Yemen, Iraq or Afghanistan? Oh sorry, I forgot the promotion of human welfare isn’t in the job description.

Oh sorry, I forgot the promotion of human welfare isn’t in the job description.

This is where the crux of my beef with mainstream brands lies. The virality of the H&M advert that featured Muslim model, Mariah Idrissi, was based solely on the company’s ability to grab diversity by the balls and do something different. H&M wasn’t desperate to gain the attention of Muslim girls, they were celebrating and embracing individuality.

Mariah Idrissi in the H&M campaign

We don’t want or need fake empathy of our consumer struggles. Especially when your own workforce doesn’t reflect the diversity you’re so desperately trying to appeal to.

Especially when your own workforce doesn’t reflect the diversity you’re so desperately trying to appeal to.

Stop being controversial for the sake of being controversial. Its actually quite offensive that we’re only now being represented and it’s not for the right reasons. Whenever I see a hijabi on an ad campaign, its a bittersweet moment. On one hand I’m gassed that the women and girls I relate to i.e. Dina Torkia, Amena Khan and Nura Afia are being recognised and their hard work is paying off. On the other hand, I wonder if they’ve been cast because it’ll help the brand go viral. This whole idea of ‘breaking barriers is an affirmation that there were barriers in the first place. We all had the feeling that our favourite bloggers weren’t getting the work or credit they deserve because they’re hijabis.

Now all of a sudden the hijab, once perceived by the West as a symbol of female oppression and linked with extreme or fundamental Islam is now cool.

Errr nah. Not buying it.

There are so many layers to this onion that it’s actually quite depressing to think about.

Why is the Muslim consumer viewed only to be Asian/Arab and living in the Middle East?

Why do we all have to break a flipping barrier?

Why should smaller businesses that have already established a Muslim audience have to suffer?

Tesco stocking up on halal food particularly during Ramadan. How do you do it right? Lyft donating $1 million to the American Civil Liberties Union, which represented detained travellers to get the executive order blocked is the right way to do it.

Asha-Luul Both an Internetapreneur Creative & Content Creator has her own Youtube channel which discusses everything from marriage to family life and more!