Refugee Awareness Week: How Knitting Is Helping Refugees Around the World 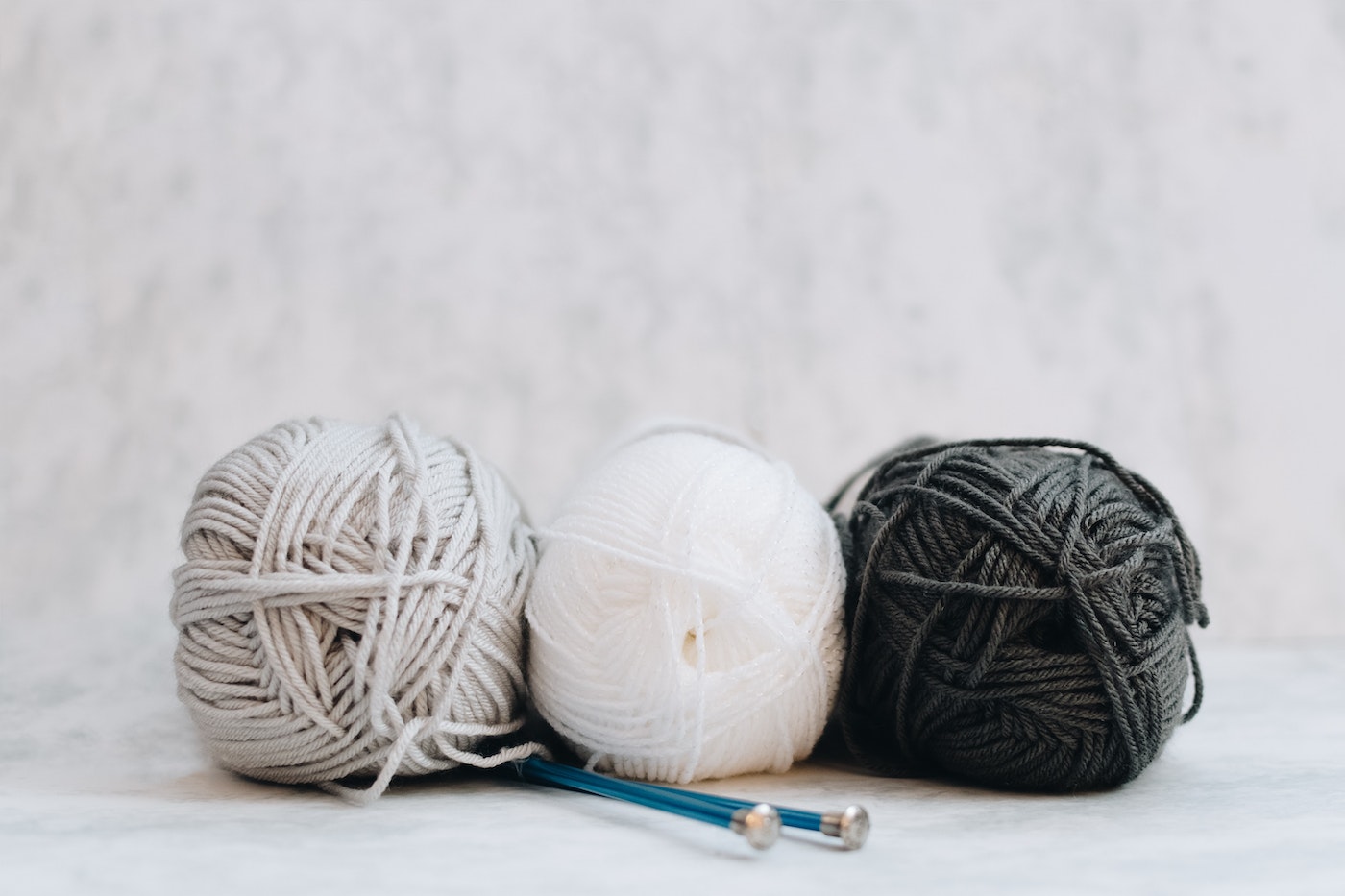 Knit Aid is a worldwide initiative started in the UK, bringing knitters together and facilitating them to help others in need, specifically refugees.

It was set up by Founder Shahnaz Ahmed in 2015, in response to the refugee crisis – especially those who had traveled to France and were living in refugee camps in extremely harsh conditions. Shahnaz started knitting ‘snoods’ and beanies to send to refugees living in the ‘Calais jungle’and decided to set up a Facebook page to see if anyone else wanted to contribute. 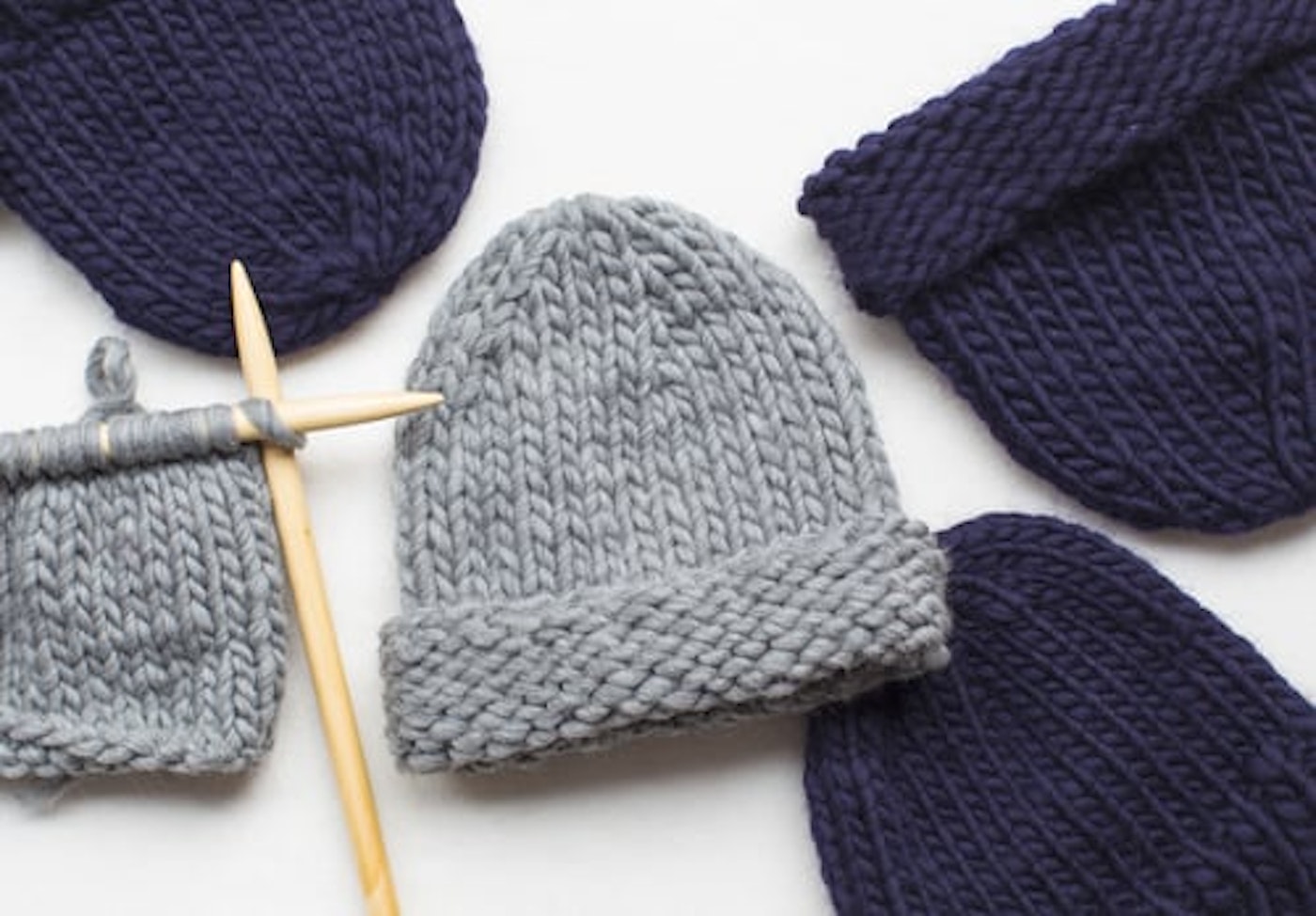 We asked Shahnaz to tell us a bit more about Knit aid in her own words;

“All of our knitted donations are distributed to displaced people living in refugee camps across Europe and the Middle East. We usually distribute where we have volunteers on the ground, and camps differ depending on inhabitants and need. So far, we’ve distributed 10,000 donations to camps in France, Greece, Turkey, Italy, Jordan and Syria.

All of our donations knitted by knitters around the world are sent to displaced people to be worn by them. They are of course welcome to do as they please with their donations, whether they wear them or sell them (but we find most people wear them as there is such a high demand for warm clothing).

However, another programme we run is sending knit kits and running workshops for refugees, empowering them to make their own knitted garments. This is beneficial in many ways: knitting is a therapeutic activity, that helps pass the long waiting time between applications (which can take many months).

Knitting helps reduce anxiety and depression, is an activity that brings people together and without the need for a common language.

What Inspires you to help in this way?

“I am the daughter of immigrant parents from Bangladesh, who were given the opportunity for a better and safer life here in the UK many years ago. In Bangladesh, my parents grew up during a time of great political unrest – the country of Bangladesh was formed in their lifetime. As a result of the Indian partition, many people lost their lives and were displaced. While I was growing up, I’d visit my parent’s home-country every year and as a result, have a deep connection with my family members there and the country.

Over the last few years, as the refugee crisis has been appearing more frequently in our media (in both a negative and positive light) I’ve often looked at those people not as ‘other’ but as my own. In them, I see my parents and siblings, my aunties, uncles and cousins, even my child.

Being the daughter of immigrant parents, I am in a great position of privilege to ensure that displaced people are not only given access to basic human rights like keeping warm but are empowered in the process. ” 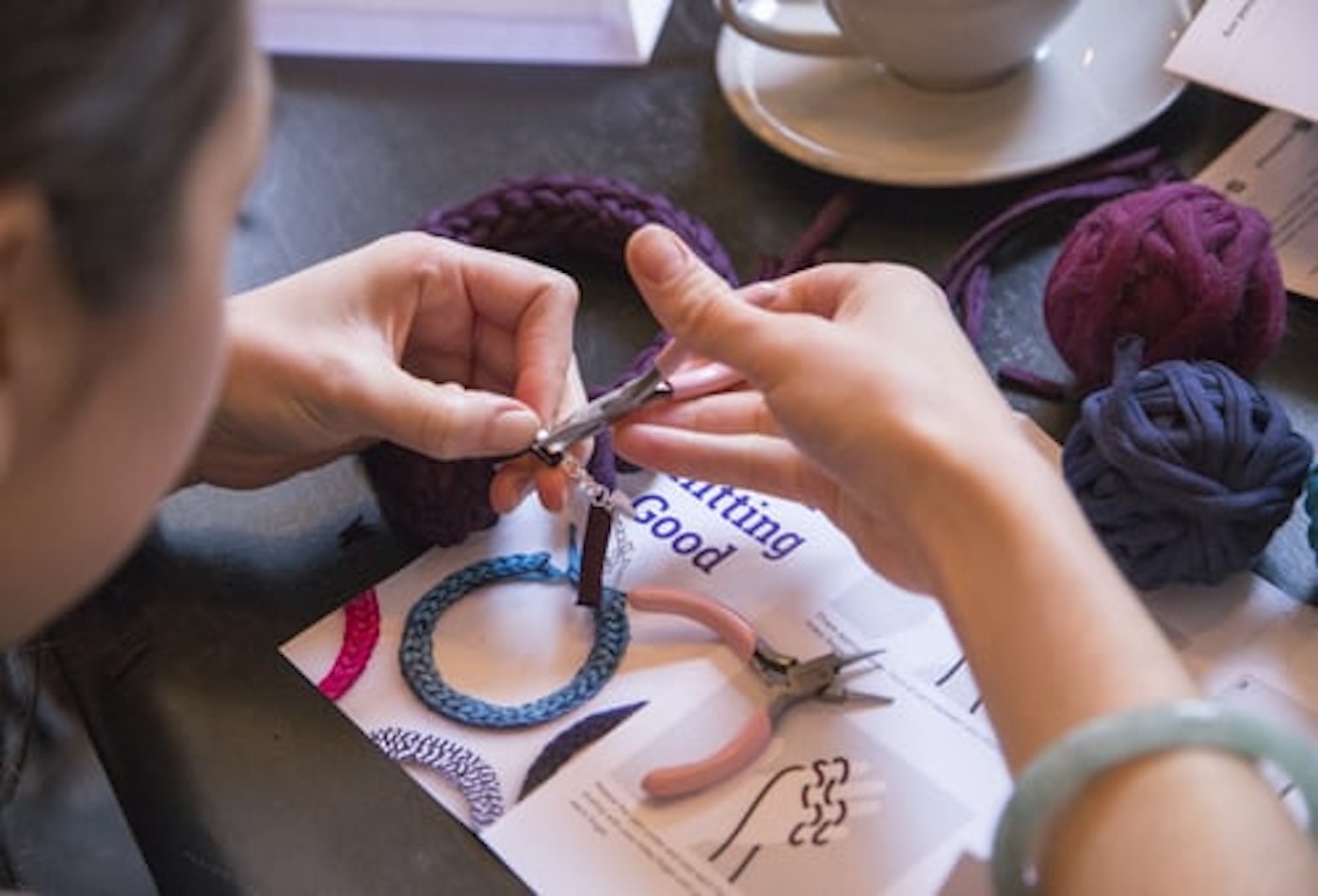 The Grand Trunk Project – Celebrating Faith Diversity After the 1947 Partition

Change the World – One Top at a Time

“We opened Knit Aid USA this year after great demand from our US-based knitters. Our Knit Aiders across the pond are incredibly generous, and I think the political activity in the US in the last year or so has played a big part in many people wanting to get hands-on and help the very people that are being shut out and demonised. In our September collection, we received double the number of donations at Knit Aid USA than at Knit Aid UK.”

Is there such a thing as knitting speed? How long does it take you to Knit?

“For me personally as an experienced knitter, it takes me 3-4 hours to finish a hat. I don’t knit as much as I used to as I’m organising Knit Aid a lot, but I do still take the time to knit every week, as I still need my downtime. Knitting isn’t really about speed or competition, and often for the knitter, it’s not even about the finished item (though with a concept like Knit Aid, we’ve created a great meaning for the finished item). Knitting is all about being in the present. It’s the feeling of calm as you click your needles stitch after stitch, the repetition and meditative nature, thinking about the person you are knitting for. ”

Want to get involved?

If you would like to get involved and help their efforts in several ways!

You can knit or crochet donations;

Find out full details on how to send your donations here.

Knit Aid donation collection is now open! Until Friday 22nd December 2017. Please send us your warm knits to be donated to displaced people in refugee camps across Europe and the Middle East.

Visit https://t.co/e8qBZJU9D7 and follow the instructions to reveal the address ???????? pic.twitter.com/aCSpOHgR93

You can also get involved by participating in one their workshops; they will be holding a Merry Knitmas knitting workshop at The Trampery Republic Thursday 14th December 6–9pm. Find out more here!

Some people might think: ‘why don’t you just batch buy some hats and send them to refugees?’.

“But that’s the whole point: factory-made bulk-bought items that are probably harming exploited people elsewhere, don’t match up to handmade items made with love. One that someone has spent hours sitting and thinking about a person, solidifying the cause in their minds, and often allowing time to talk and think about other ways to help the cause. Knit Aid for the knitter is a kind of catalyst – the initial entry into actioning change for displaced people. One knitted hat or snood leads to signed petitions, which leads to going out there to demonstrations and marches, to writing to local MPs etc.”

“Many of our knitters don’t end campaigning with Knit Aid, they start with us.”