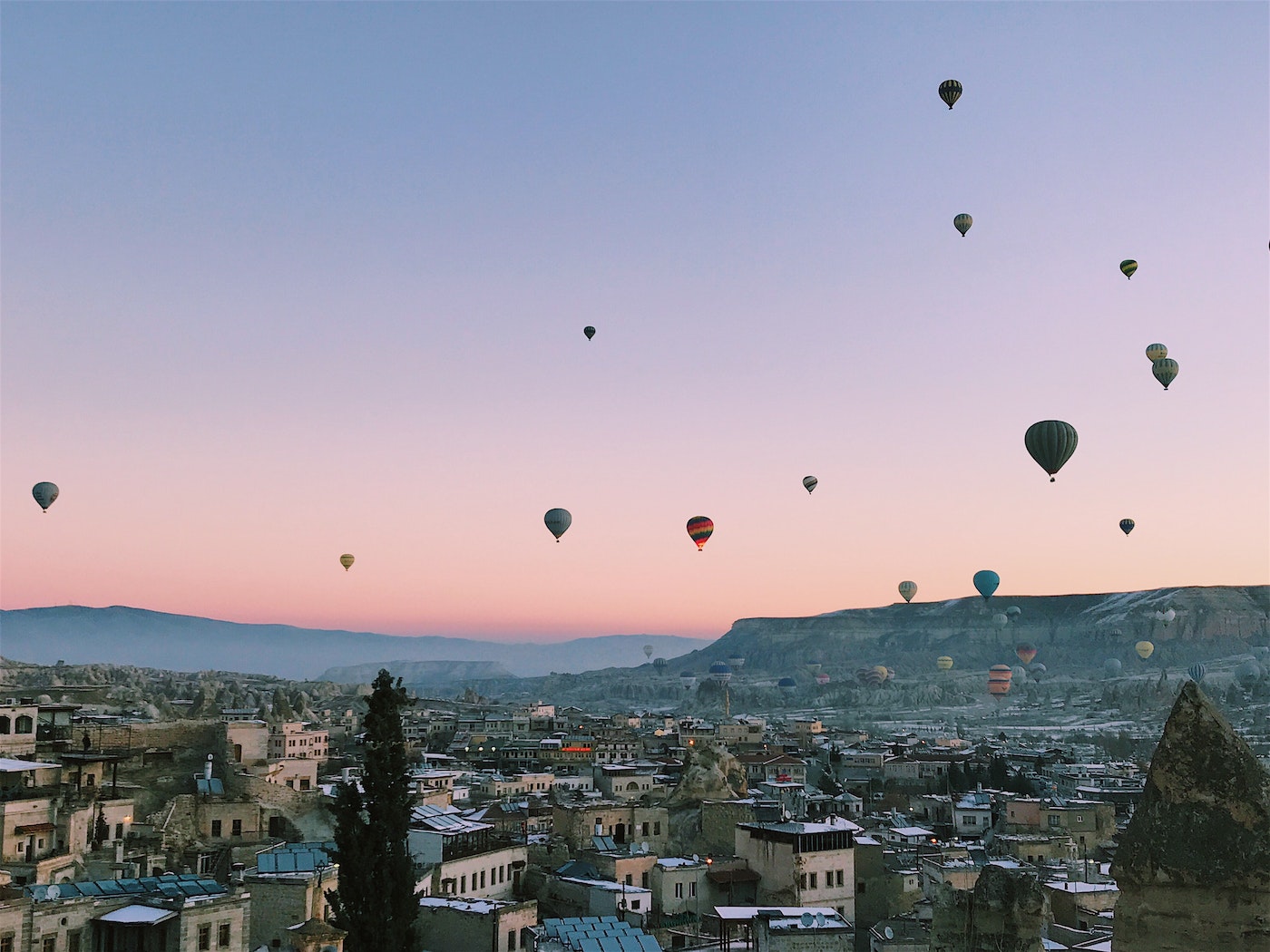 For our anniversary we wanted to go away, far enough to experience something new, close enough to do it all in 5 days.

For the longest time, I’ve seen beautiful photos of Cappadocia; the mountainous terrain and hot air balloons in the skyline just looked so magical. I also wanted to see the Blue Mosque and all the other beautiful mosques so we decided to spend 2 nights in Cappadocia and 3 nights in Istanbul. Cappadocia is truly magical – it would be a great honeymoon location if you wanted something in Europe within a small budget.

So unbeknownst to us, it was off-peak season in Turkey which meant all the hotels were super cheap. We got a great deal on our hotel in Cappadocia. Since it is such a scenic place I wanted to make sure we got a great view. Many of the hotels are cave hotels and there are plenty of choices! 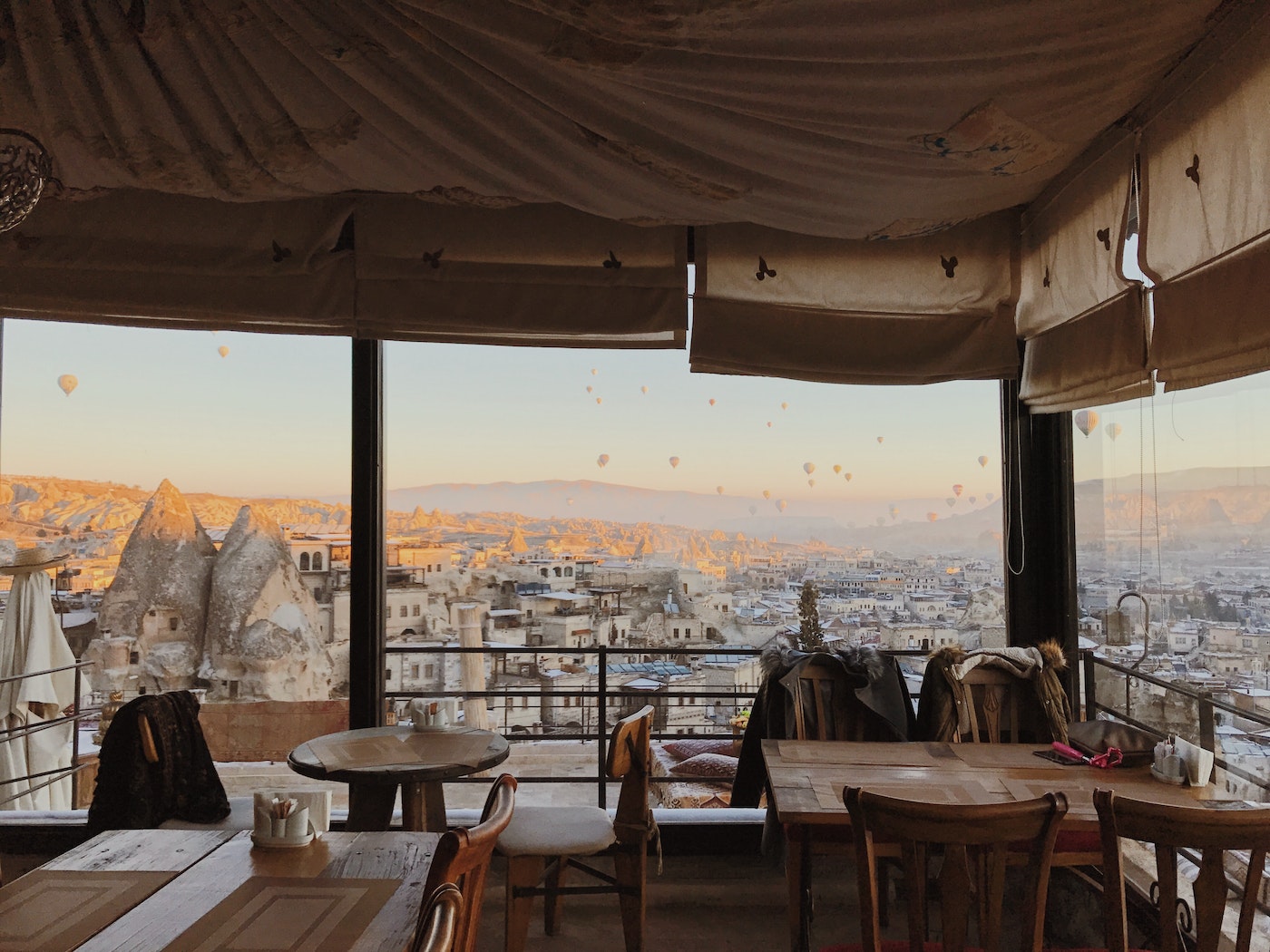 The view from the breakfast room in the hotel

We ended up booking Mithra Cave Hotel including breakfast for only £30 a night!

The breakfast area had a great view of the skyline as it was quite high up which overlooked the terrace. It was also within walking distance of the main part of the town Goreme, where you could find boutique shops, restaurants and hiking points like Sunset point.

Need a Break? How About a Ladies Only Retreat to Morocco?

A Guide to Travelling To: Ulvik, Norway

Two of the restaurants I would recommend would be one Turkish and one Chinese;

At the Turkish restaurant Kebapzade, the service was great and it was really reasonably priced. I would recommend trying the slow roasted Lamb, pottery lamb and the kunafe! 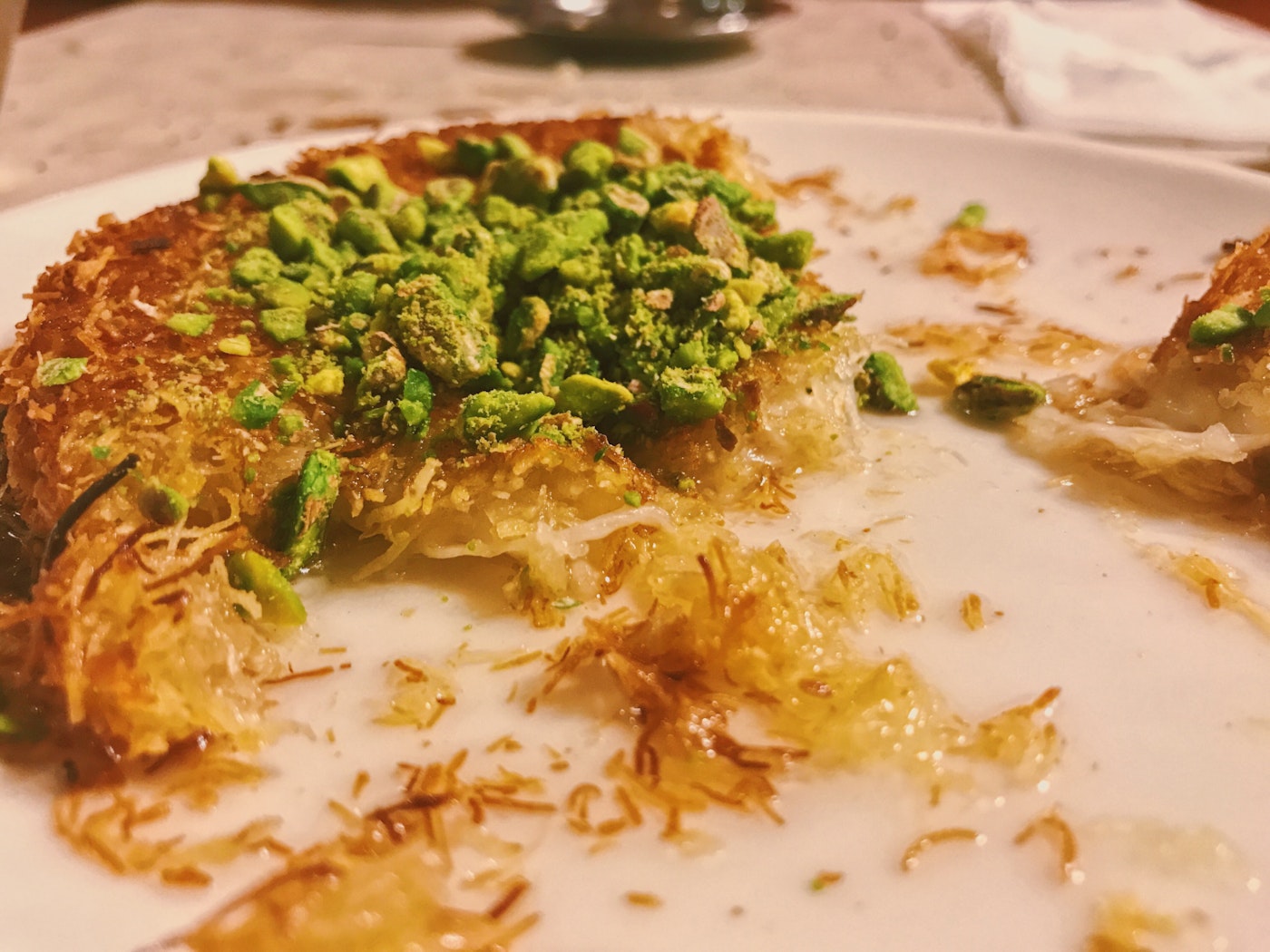 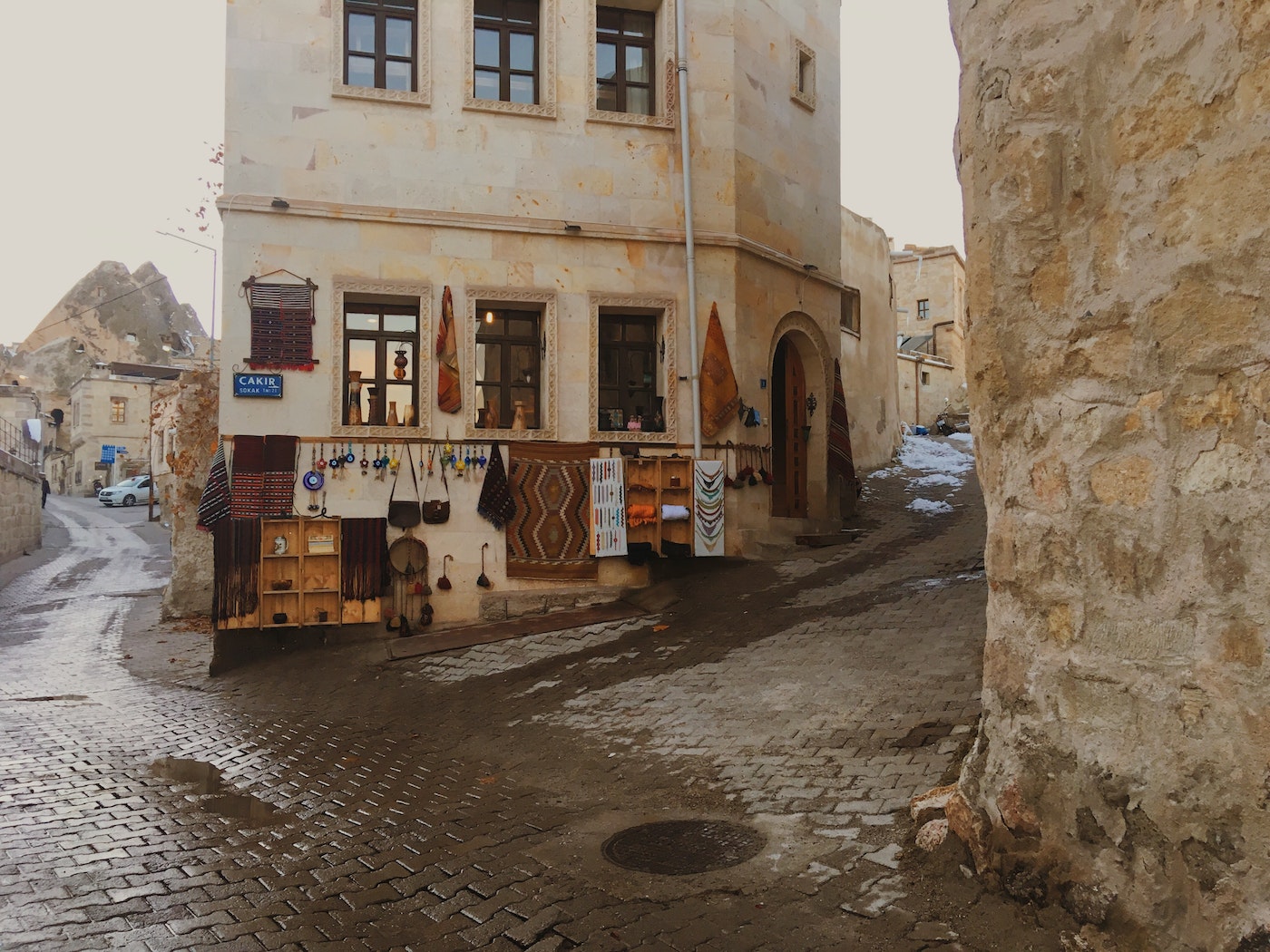 On the way to Goreme 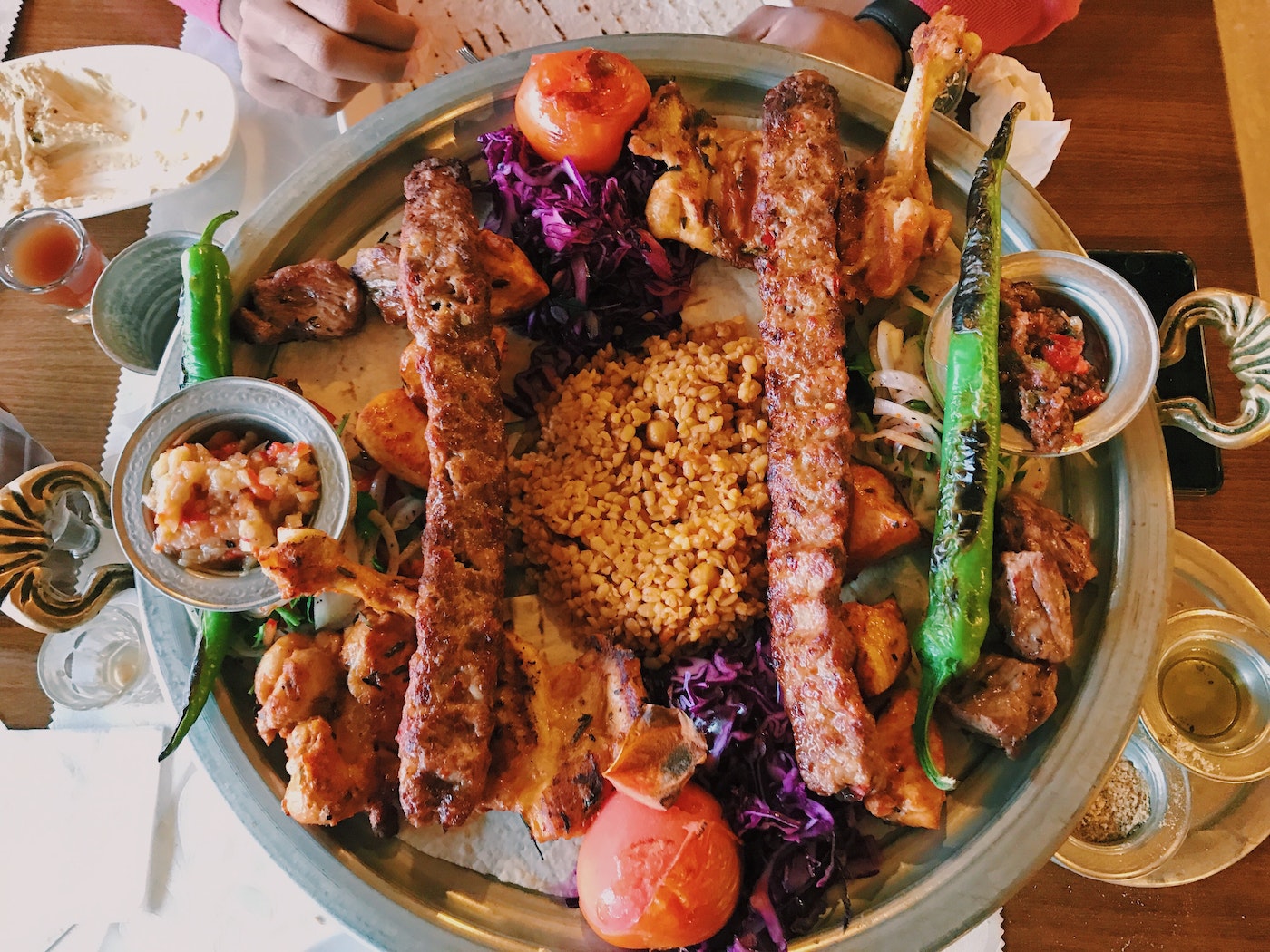 Peking Chinese Restaurant was also in Goreme town. The beef stir-fry noodles were delicious, however, the egg fried rice was a bit soggy and they did get our order wrong a couple of times.

PLACES TO SEE & THINGS TO DO

The hotel offered tours as did many other companies in the town centre, but I didn’t really fancy a 9-5 tour with a group of people or going through a tick box list of places to see. Instead, we got a taxi driver to show us both around for £30 for about 3 hours. He was super friendly and waited for us at each stop to have a look around and take pictures.

Watching the hot air balloons go up at sunrise was one of the highlights of the whole trip. You have a 45 min window in which you can watch them go up and come down!

To ride or not to ride that is the question.

I did a lot of research on the hot air balloon rides before we went and an overwhelming response was that it was too much money for what it is. At over £100 per person and 16-24 people per balloon, I was happy to give it a pass. It would have probably been nicer if there were fewer people in the balloon but I am sure you get fab views nonetheless if you do decide to go on one! 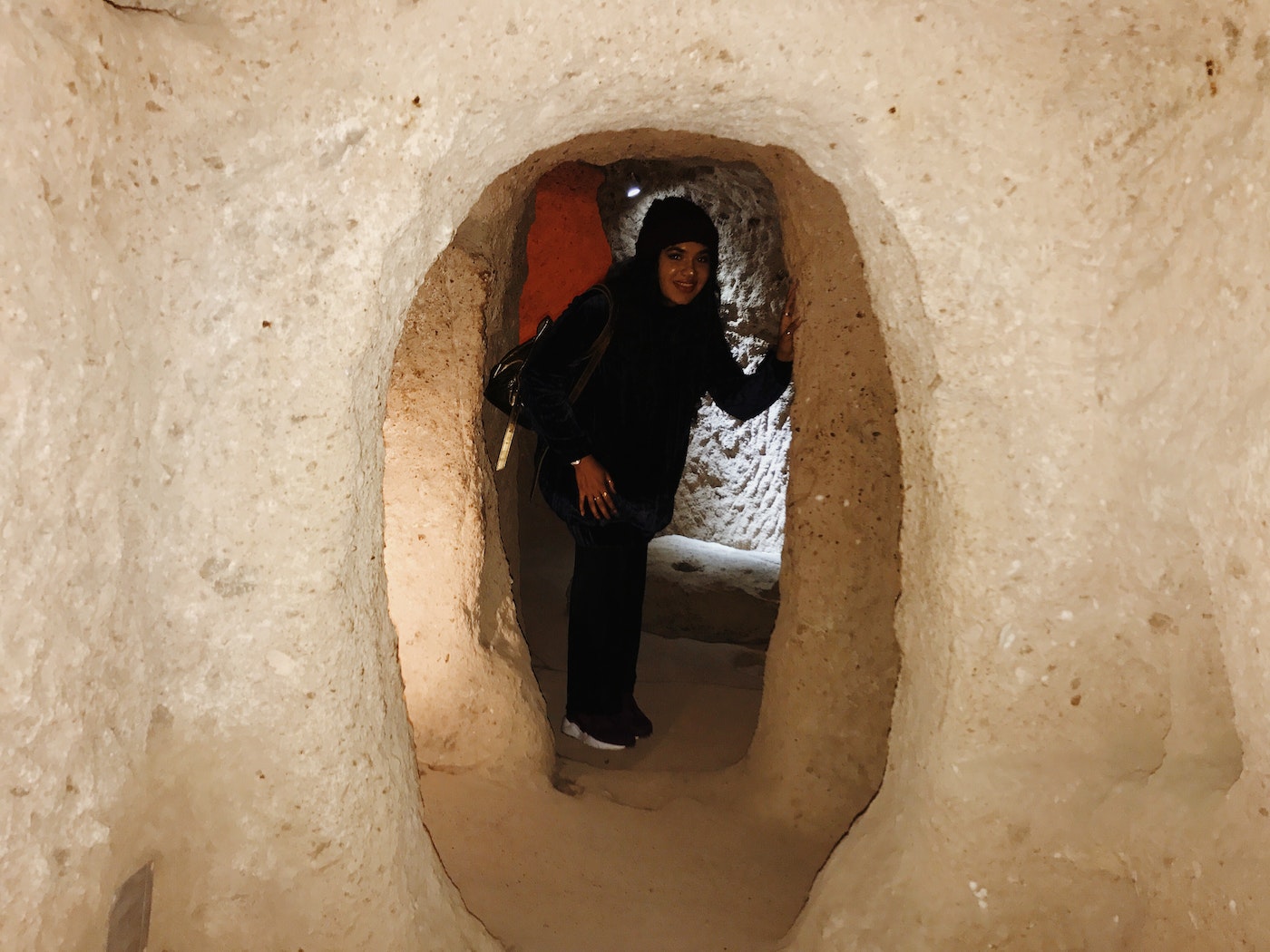 In the underground tunnels

This is one of the 30 something underground cities with a maze of tunnels and rooms eight levels deep.  It is about a 25 min drive from Goreme. It was truly fascinating to think that over 5000 people lived here once upon a time. I would really recommend getting one of the unofficial tour guides who are available at the entrance on the tunnels. They really bring alive the city as there is little signage or information on the different areas. 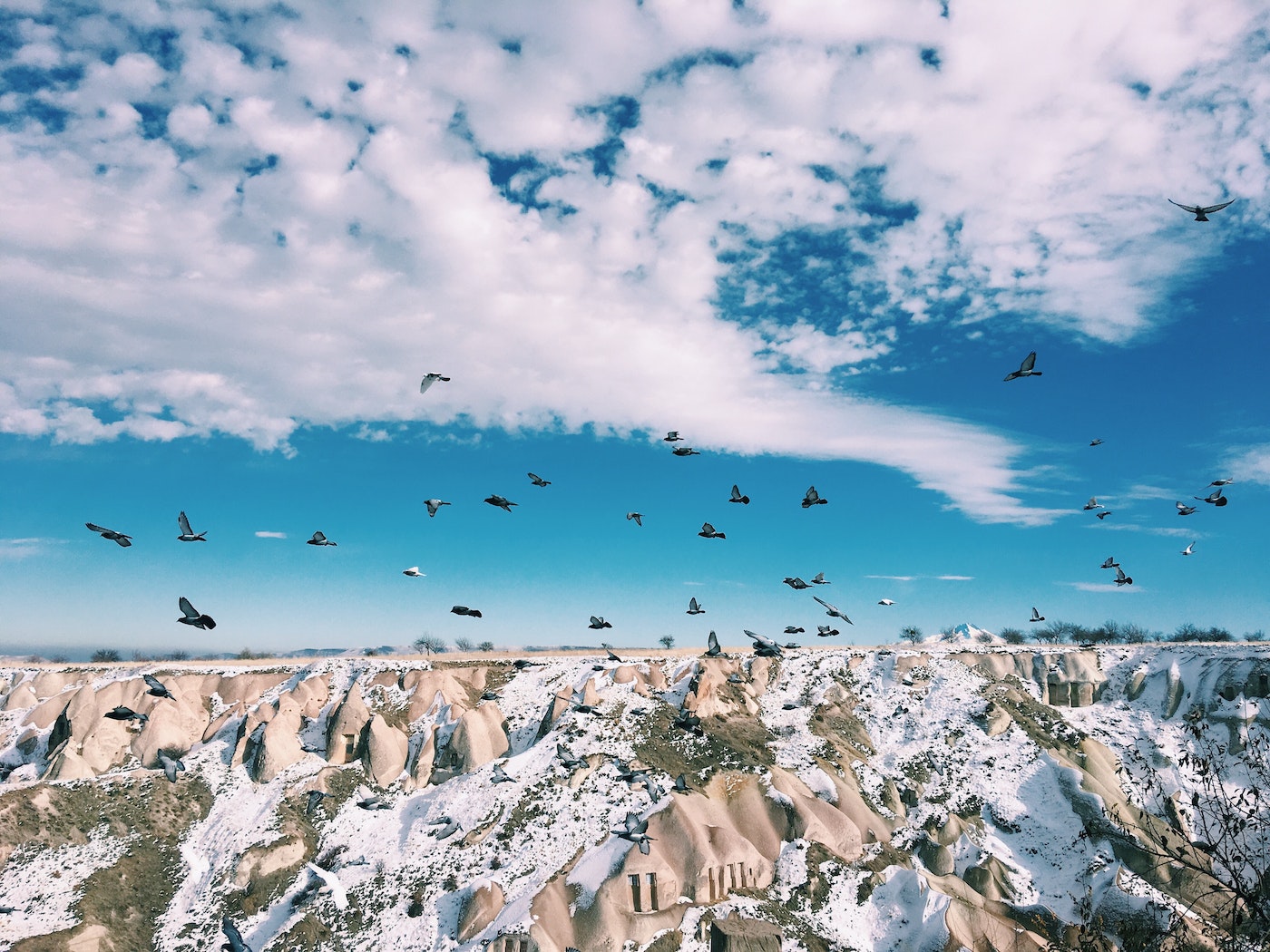 This is probably one of those places that are on tourist lists and you wonder why. Our driver and hotel reception insisted it was a great place to go. As it was on our way to the underground cities we made a stop. Bar the picture of pigeons, I reckon I could have given it a miss, but who knew a pic of pigeons could be so aesthetic!

Doing the walk up to Sunset point is an adventure in its self. Once you get to the top you will see sweeping views of Goreme, the hot air balloons and the many mosque minarets and rock formations. 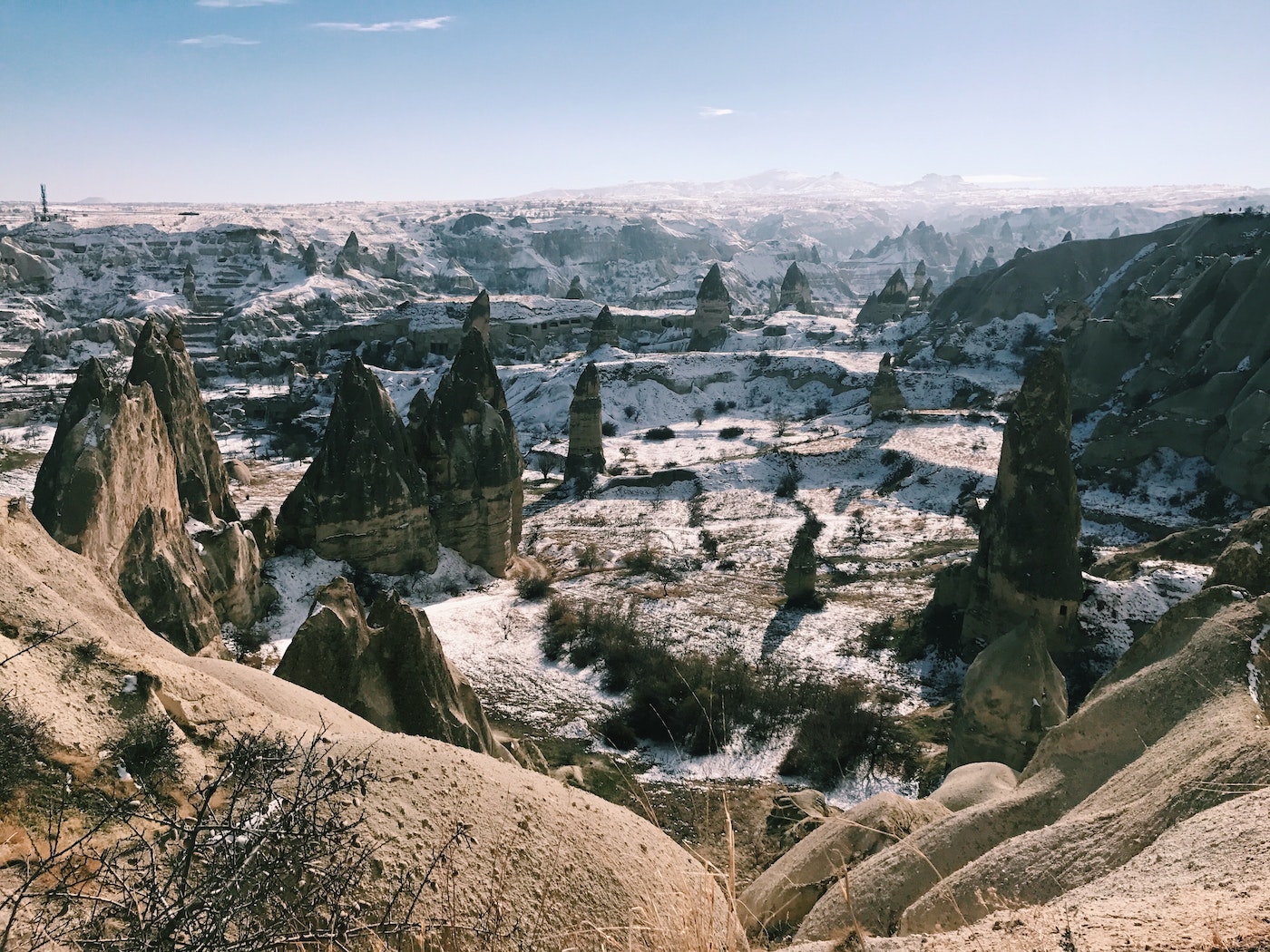 This was another recommendation by the taxi driver. It was a beautiful view of the rock structures and felt like you were looking down at Mars! The rocks were eroded after a volcano and then were shaped by the wind and rain.

One of Turkey’s Unesco World Heritage sites which is also accompanied by a little cafe where we filled up on Turkish Delight samples. 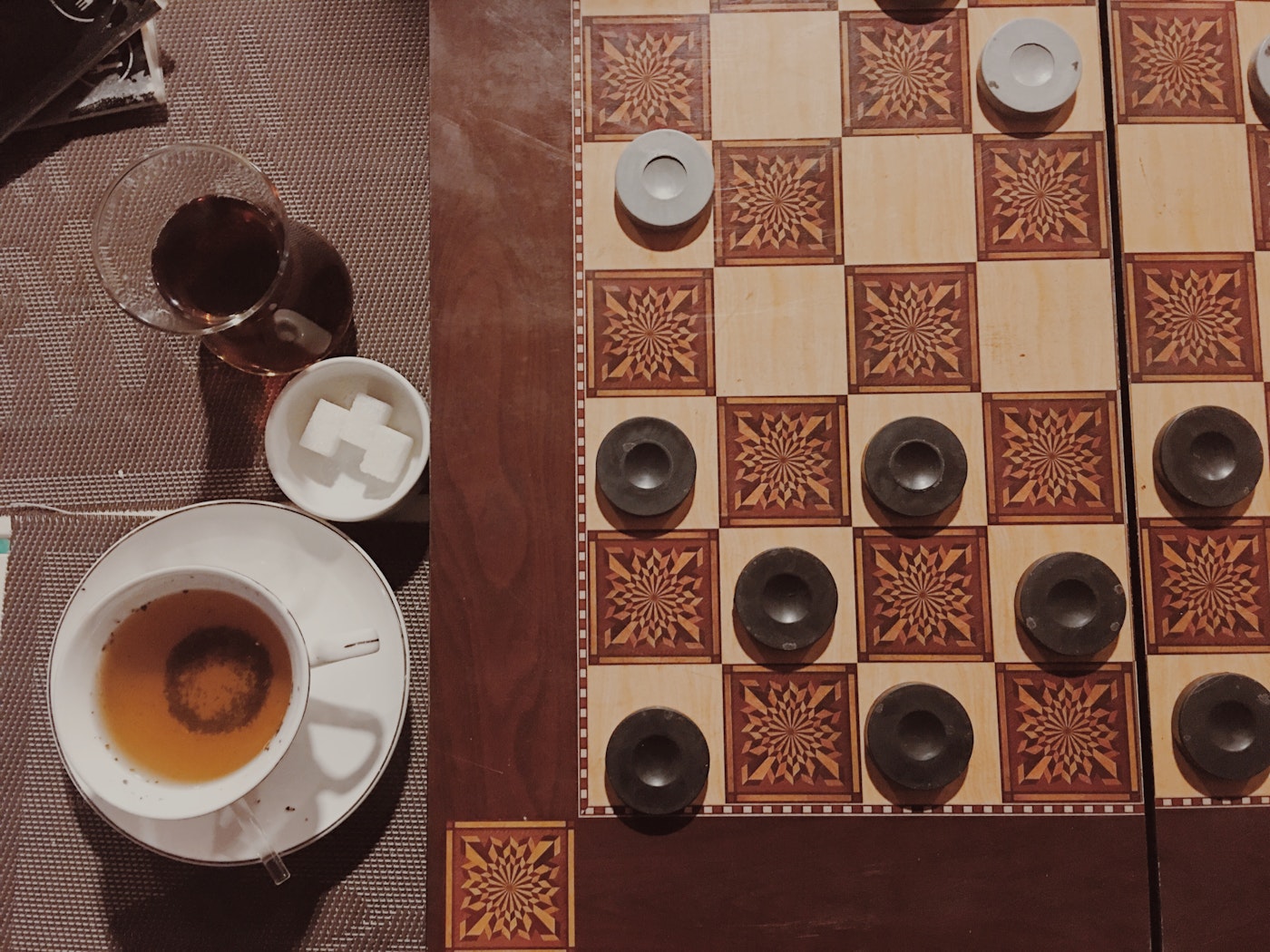 There are lots of little coffee shops where you can drink tea and relax. We found a cute little one where we were the only people and played draughts! It got a little competitive…

I think 2 nights was the perfect amount to stay in Cappadocia. We then got an internal flight to and from Istanbul – we got the hotel shuttle which was really reasonable at £5 per person, given it was an hour journey!

Stay tuned for part 2 on Istanbul!