by Sisters Magazine in Lifestyle on 9th May, 2019 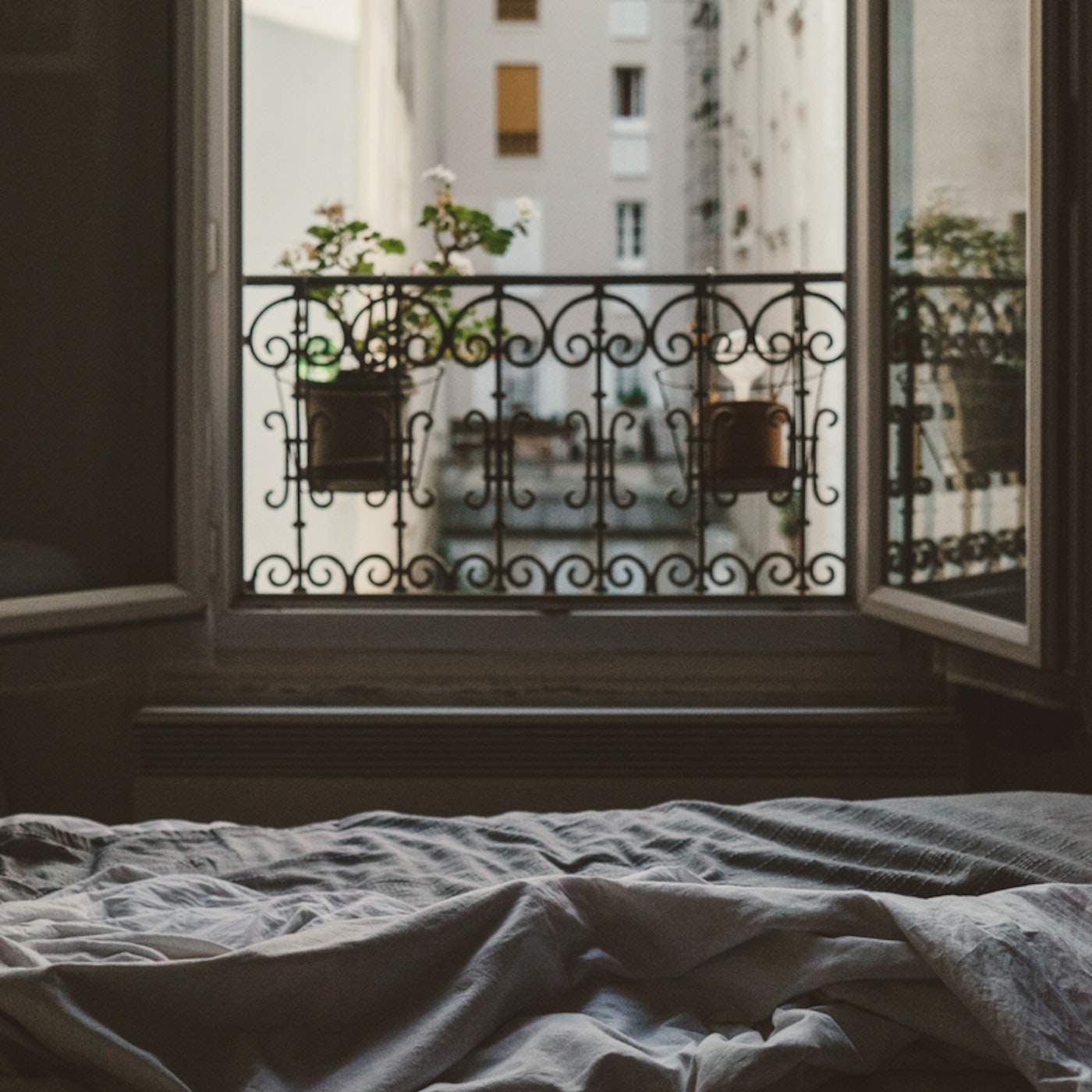 Sara was deep in thought as she chopped up vegetables – it was day 15 of Ramadhan – surely now would be an OK time, wouldn’t it? Two weeks of Ramadhan, plus the whole month of Shaban leading up to it, that would make it over six weeks without any intimacy, so tonight would be acceptable, wouldn’t it? Surely tonight she could show him how much she had missed him, and Khalid would agree, wouldn’t he? Maybe after taraweeh he would be more in the mood? Or was after iftar better?

Sara went through various dialogues in her head as she prepared the meat; should she wear something nice? Or maybe apply her new lip gloss and perfume in the hope he’d notice? Or should she surprise him with a kiss? Too late – he was here. Sara spun around as Khalid walked into the kitchen, sniffing the air. “Mmm. What’s for iftar today?” She smiled to herself and put a hand on his chest, “How about what’s for after iftar?” she teased. His look stopped her, a disapproving frown that made her flinch. Her voice faltered, “I mean, yes, it’s the usual reading of course after iftar.”

She turned away, stung and furious with herself for even trying. Why had she even bothered? Why put herself through the humiliation of rejection. Of course, he wouldn’t be interested. He was too focused on his ‘ibadah. What was she even thinking? She should have been equally focused, if not even more. So why was she the only one missing their physical closeness? What Sara was experiencing isn’t an uncommon occurrence; it’s just not a widely discussed one. Rejection by one’s spouse due to overzealousness and religious abstinence during and outside of Ramadhan? Yes, it really does happen. Spouses will forego the desires of life to reach spiritual highs. They go to the extreme of giving up the halal pleasures of life in their misconstrued belief that they can get even closer to Allah (SWT) by shunning ‘distractions’.

This level of ‘piety’ can have the opposite devastating effect on the spouse; the neglect impacts on many levels – mental, physical and religious perception. When you are made to feel rejected and unwanted, how you can even begin to speak up about what you desire? It eats away at a person, even more so if the neglect is due to religious zeal, because how can you possibly argue against a point of piety? It isn’t easy to say to your spouse to ”stop being so practising.” Sounds pitiful in the greater scheme of understanding, because who doesn’t want to be closer to Allah (SWT), and now you can’t possibly resent your spouse because they’re trying to be pious, can you? What Muslim in their right mind is going to resent a ‘religious’ person? And yet that’s precisely what happens, behind so many closed doors of the pious.

The husband or wife cannot freely express their desire for fear of being rejected on the basis of religious grounds with such reasons as “We need to concentrate more on our ‘ibadah” or “We need to make more time for spiritual growth, don’t waste it on the pleasures of life.” As for the ‘pious’ spouse, yes there is hard logic to their never-ending acts of ‘ibadah – if you look at in a black and white context – but what are they actually giving up? Halal pleasure, halal intercourse! Doesn’t he acknowledge that such pleasure is allowed? He wants to neglect that because he feels it is going to distract him! What is this mad notion that the pleasures of intercourse and physical desires will detract from spirituality? Do these men and women not know that they stand to gain rewards from engaging in such an act?

Allah’s Messenger (SAW) said: “In the sexual act of each of you there is a sadaqah.” The Companions replied: “O Messenger of Allah! When one of us fulfils his sexual desire, will he be given a reward for that?” And he said, “Do you not think that were he to act upon it unlawfully, he would be sinning? Likewise, if he acts upon it lawfully he will be rewarded.” (Muslim)

Don’t turn the halal into the haram

Why do spouses risk eliciting feelings of neglect and bitterness towards them for their own misconception of attaining reward? Why turn something that is halal for you into something that is forbidden? Why didn’t you just declare abstinence and declare yourself a monk in that case? Why, because you are human and you have basic human needs that have to be met. One such need is physical desire, and there is the need to be loved and wanted. To shut out such needs is denying the body a basic right, akin to rest and satiation of hunger. You cannot do it.

There is a verse which specifically places emphasis on how the act of love and intercourse should be. Note how it brings up the point of being able to freely have intercourse during the nights of fasting, as reassurance that fasting does not include undue hardship; it complements a natural way of life.

Though this issue is a delicate one, the key is knowledge and understanding moderation in ‘ibadah, such that it doesn’t border on taking away one’s own, or another’s, basic rights. As for addressing the actual problem, open communication and the confidence to share your innermost desires and needs, at the risk of being rejected, needs to be employed so that your spouse at the very least knows how you are feeling, even if they don’t agree.

Know yourself and learn to know him

“If you are dealing with a spouse who seems to become an entirely different person during Ramadhan, it’s important to first understand and recognise their good intentions. While sex itself can be a part of worship, many men make a connection that sex, sexual thought, urges, desires and all forms of sexual need is a sign of their weakness. This may reflect their own daily struggles to grasp with sexuality in a healthy way, so as a result, they end up taking a “cold turkey” approach to all of it, even with their spouse, in order to become more focused in Ramadhan. Some men are afraid that if they show desire for their wife, or give into desire with her, they won’t be as focused on matters that they have neglected in other parts of the year, such as praying ‘Isha at the masjid, reading more Qur’an, or praying consistent tahajjud. (And this same scenario also occurs in some marriages outside of Ramadhan)”

A wife in this situation, after placing in her heart appreciation for his intention, must confidently know that she isn’t a negative distraction because she has sexual desires. In fact, being intimate regularly in this blessed month, combined with the extra acts of worship her husband is engaging in, is an opportunity to live in the true balance as a Muslim. Piety within Islam is a life lived in balance. When she invites him to be intimate, and he responds negatively, she should focus on his fear of being taken away from Allah, not by her, but by his own personal weaknesses and increase in compassion. Her loving insistence that’s it’s OK for them to be intimate invites him to explore, more deeply, how he can stay connected to Allah, at all times and that is his personal challenge to manage. Not hers.

You aren’t a less pious Muslim for desiring your husband during Ramadhan or any other time of the year, and it’s important you know that, so that no matter his response, you understand his refusal or struggle to be with you reflects his struggle, and it has nothing to do with you.” The key point to remember is balance. Piety is an internal equilibrium of compassion, understanding and application within limitations. Islam is a very balanced religion that complements human nature. One cannot overcome the religion; rather, it will overcome you because the deen has been completed. It is not in need of extreme abstinence; you are in more need of your basic necessities than a temporary spiritual high. No one can be more perfect in deen and character than the Prophet r, and if he himself pointed out that he eats, sleeps and goes to his wives, then what scope is there to add further piety than his.

Watch: How to Get Your Dua’s Answered