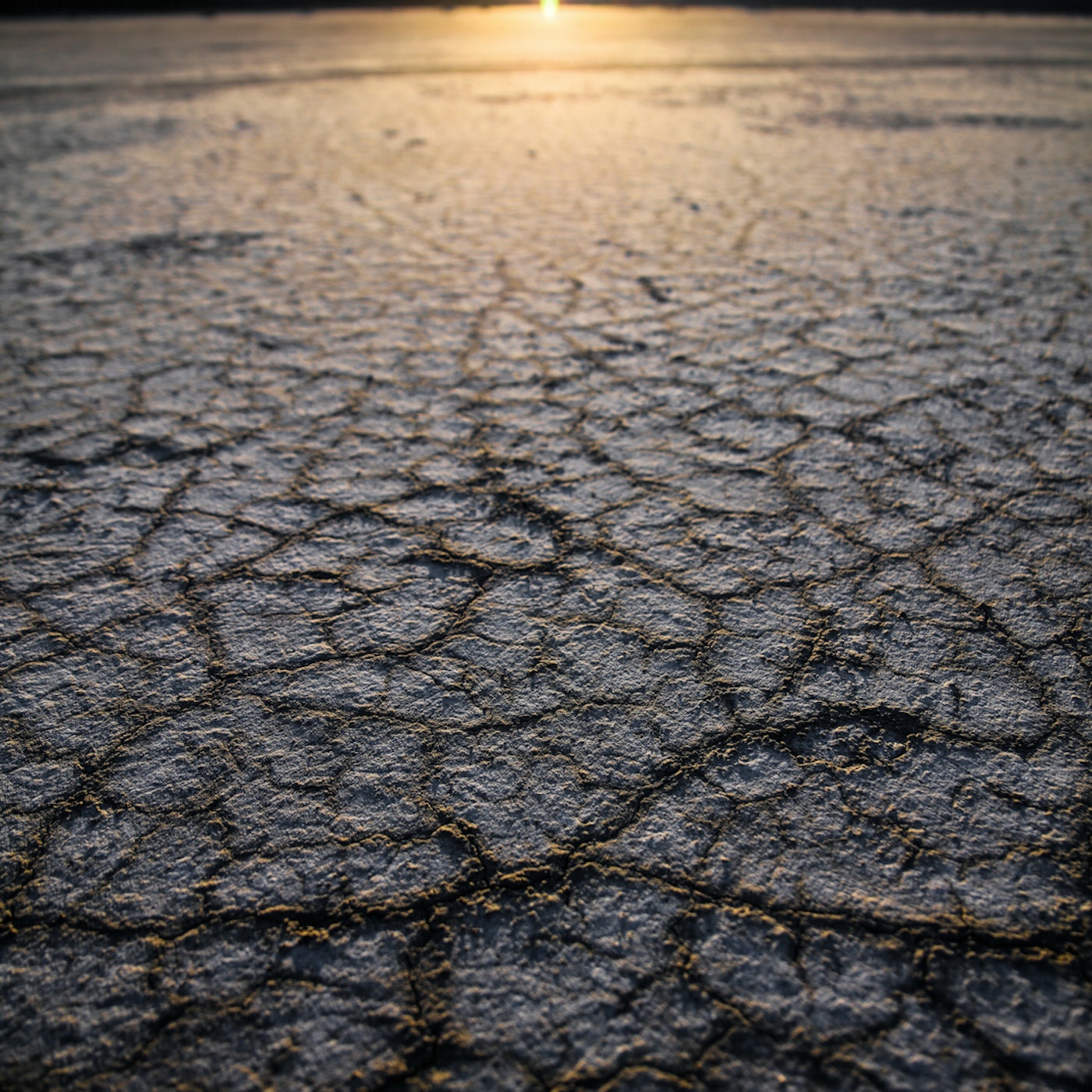 This short but profound Surah (chapter) describes the Earth’s convulsions on the Day of Judgment, and how this is mirrored by the psychological convulsions that will be experienced by humans on that Day. The analogies, rhythm and imagery are particularly powerful, typical of other surahs in the 30th Juz (section) of the Qur’an.  Most opinions suggest this Surah was revealed in Makkah, because of the style and themes it contains.

Recently in the UK, we experienced the rare occasion of a total solar eclipse – this event was not just a scientific phenomenon, but was – as the Prophet (pbuh) taught us – a sign from Allah and a reminder of the Day of Judgment (it mentions in the Qur’an that the sun and moon will be darkened on that Day).  The events that take place in nature often provide us with such reminders. Similarly, when earthquakes occur in different parts of the world, these give us just a small idea of the far greater devastation that will encompass the Earth at the end of time.

And so Allah warns us in this Surah in the opening verse of Al-Zalzalah:

1. “When the earth is shaken with its [final] earthquake”.

We are being told this event is impending – it is already written and is merely waiting the course of time.  The pronunciation of the letters when reciting the surah in Arabic are significant: the repetitive and onomatopoeic use of the hard letter ‘za’ in verse 1 is jarring and produces the effect of a literal shaking for the listener.  Also we are told this is the final earthquake – In a hadith of the Prophet (s) we are informed that the closer we get to the end of time, the more frequent earthquakes will become, and this is indeed reflected by the reality; just checking their increased occurrence over the past 2 decades bears this out.

Allah tells us that after the many smaller earthquakes that have accumulated in the earth’s history, this one will be the worst. Also, this verse personifies the Earth, i.e. it is presented as a living, sentient creation of Allah. This makes her (the Earth’s) destruction even more dramatic and frightening. This personification continues throughout the Surah.

2. “And the earth throws out its burdens”.

The word ‘akhraja’ used here is a strong word – it often refers to something being pushed or forced out. The burdens being thrown off are all the deeds, corruption and pollution of humans over the millennia of time.  The image created here is one of the Earth unable to digest the corruption of humanity, and finally in a state of sickness vomiting the unnatural, unwanted deeds of its inhabitants.  In Ibn Kathir’s explanation, it also states that the burdens in fact refer to all the dead people being held within the grounds of the Earth, bodies which have amassed over time.

This verse describes the utter confusion and fear of those inhabitants: “Maa la-haa?” “What is wrong with the Earth?” Can you imagine how humans would be reacting to such catastrophic convulsions of the Earth? Unable to stand, tottering about in a state of panic.

We understand from this that humans will not be able to explain the event.  In ancient history, communities used to explain natural disasters through myth and superstition – with greater scientific and geological knowledge, experts can now explain disasters such as earthquakes as naturally occurring phenomena.    The questions of why, how and even when no longer seem as relevant because we are told modern science has all the answers – earthquakes can be predicted these days, and you can go to the Natural History Museum or open a geography textbook to see the diagrams of plate tectonics. We humans believe we have already discovered much of what there is to know.  However, here Allah is telling us that no amount of scientific knowledge will be able to explain the catastrophic events of that Day – no one will predict it, be prepared for it, or understand what is happening.  It will be unique and beyond the realms of anything humanity has foreseen or can comprehend.  The verse strips humans of their arrogance and puts them in their place.

Allah tells us that the Earth will bear witness to everything that occurred – including all the injustices, crimes and falsehood throughout the ages until now, there are so many examples one can think of. Things that people thought they got away with, lack of accountability, those bad deeds open or hidden – oppression, fraud, racism, wars, theft and colonialism, plunder of the planet and wilful destruction of the environment: the Earth will give an account of all that took place.  No detail will be left out. In this dunya, humans think they have reached the pinnacle, are superior to all other creation and can do whatever they wish through their domination. But all the rest of creation have longer memories and will remember the deeds of insan – the trees, mountains, the oceans and ground that we walk on will give testimony to Allah. On the Day of Judgment, our tongues will be forbidden to speak, and instead, our own limbs will be asked to give an account of our actions.

5. “Because your Lord has commanded it.”

In this verse Allah gives us a clear reminder of His power, authority and control over all creation.  All the above described will only occur because Allah willed it – it is something that, though it will be unpredictable and shocking for humans, was written at the beginning of creation.  And Allah in His mercy is giving us advance warning in the Qur’an, so that those with sense can take heed before it is too late.

The Qur’an contains numerous references to nature – to the earth, the sun, the moon, the stars, the sky and the rain – to encourage us to ponder on the physical signs around us; to ponder on their creation, and the Majesty and Might of the One who Created.  Often, in this day and age, we become oblivious to nature and its signs and therefore become even more detached from the remembrance of Allah.  However, while we need to value nature and the elements – which the Qur’an inspires us to do – it is also worth remembering that there were (and still are) many civilisations and faiths that actually took this to another level and worshipped nature.  For example, the Mayans, Inca and Aztecs worshipped the sun; druids and Wiccans believe in the divinity of ‘mother earth’; the Amazons worshipped the ‘rain god’; in ancient China, the sky was revered as a deity.  They, and many other communities believed it was nature that possessed independent power.  Thus in this verse, such beliefs are refuted and Allah’s supreme command over nature is affirmed; nature and the elements are merely the servants of God.

An interesting question arises: up until this point, the attention in the surah is mainly on the Earth, and in this particular verse we are told that Allah commands the Earth.  However, it does not say ‘because its [the Earth’s] Lord commanded it” – rather it says “your Lord”. It is quite a notable and sudden change in emphasis. What effect does this have on us, reading or listening to the verse?  There are a few ways** of understanding this:

(a) Though we are captivated and in awe of the vision produced by the previous verses, it is possible that we are watching the scene unfold as neutral and detached observers.  The Earth is viewed from afar, while the humans in disarray perhaps seem unfamiliar to us – perhaps we think that will not be us? They are a people who belong to a distant future.  But as soon as Allah tells us ‘your Lord commanded it’, it catapults us into the midst of the surah and into the midst of this scene. We cannot separate ourselves from this reality, it is the reality that awaits all of us.  In case we are thinking this is just a story, or that it relates to someone else, Allah is reminding us to take the message very personally and to apply it to ourselves first and foremost.

(b) This verse and the use of words reminds us of the all-encompassing nature of Allah’s Rule. The One who is Master of us is also the Master of the earth – how great is Allah’s Sovereignty over everything.  And similarly, powerfully, the Qur’an tells us that the One who can make the huge earth bring forth all its history in the tiniest detail, can make us insignificant humans do the same with our deeds – the good and the bad, the big and the small, things we remembered and things we completely forgot about.

This is one example of the many layers of meaning and depth in the verses of the Qur’an.  A simple word can have so much resonance and open the doors to a profound message, that might otherwise be missed if we do not pause to reflect and absorb the weight of Allah’s words.