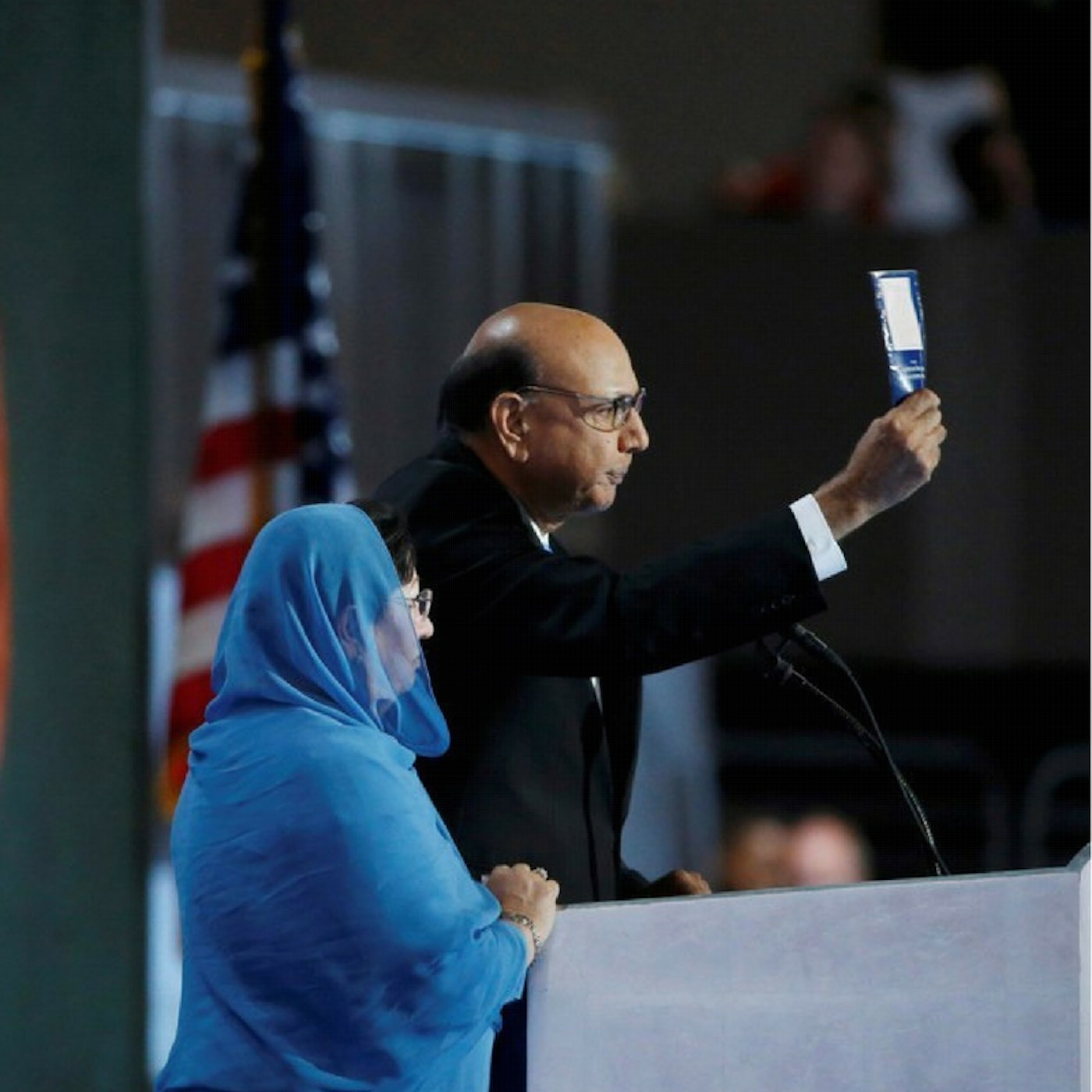 Ghazala Khan, a grieving mother, a strong women, has been mourning the loss of her son, a U.S Army Captain. At a recent convention she was naturally lost for words when  she walked into the room, faced with a huge image of her son. It triggered every emotion that a mother would feel thinking about the loss. Whilst the world empathised, Donald Trump mistook her silence for oppression. He even suggested she was stopped from speaking. Ghazala came back roaring, she articulated perfectly why she was unable to speak as reported below:

Source Written by Ema O’Connor is a reporter for BuzzFeed News and is based in New York.

Khan explained that her husband had asked her to speak at the convention, but that she was far too upset and emotional to keep it together in front of a crowd.

“Walking onto the convention stage, with a huge picture of my son behind me, I could hardly control myself. What mother could?” Khan asked.

“Donald Trump has children whom he loves. Does he really need to wonder why I did not speak?”

Khan also responded directly to Trump’s insinuation that she was being oppressed by her religion, and that the reason she did not talk was because she was a Muslim woman, Trump clearly knows nothing about us.

My religion teaches me that all human beings are equal in God’s eyes. Husband and wife are part of each other; you should love and respect each other so you can take care of the family.

” Trump criticised my silence. He knows nothing about true sacrifice”