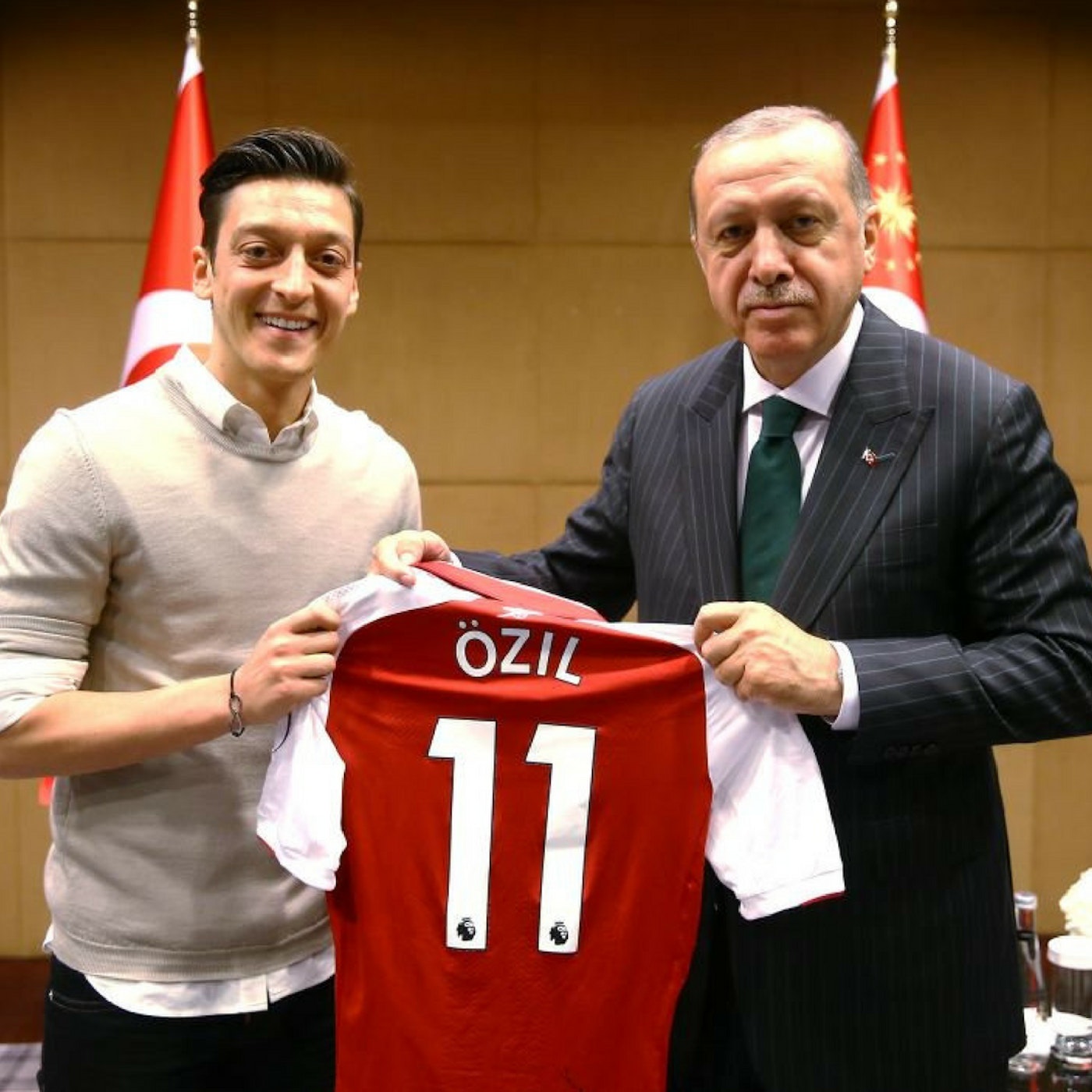 Footballer Mesut Ozil,  born, raised, and educated in Germany but originally from Turkey has resigned from his position in international football. The well-known footballer and Arsenal midfielder announced his resignation on Twitter yesterday with a 3 part statement detailing why and how he came to this decision.

In his three-part statement, he details his treatment after taking a picture with Turkish president Recep Tayyip Erdoğan. “Whilst I grew up in Germany my family background firmly has its roots based in Turkey. I have two hearts one German, and one Turkish.”

He explains when and where he first met the Turkish president, in London in 2010. After taking a picture with him, it caused a negative backlash from the German media, “for me, it wasn’t about elections or votes, it was about respecting the highest office in my families country. My job is a football player, not a politician, Our meeting was not an endorsement of any policies. For me it didn’t matter who was president, it mattered that it was the president.”

He explains his fruitful career playing in, “three of the toughest leagues in the world.” However goes on to state how often he is criticised within the media, for his skills, and accepts he may not be the best footballer but goes on to explain his difficulty in reconciling how the conversation turns to his dual heritage. “What I can’t accept is the German media outlets repeatedly blaming my dual heritage and a simple picture for a bad world cup on behalf of an entire squad.” Deeming the attacks from the German media, as using right-wing  propaganda, to further their political cause.”

He further cites another key honourary German player, Lothar Matthaus, who in the same fashion met with a world leader a few years back, “received almost no media criticism.”  He asks if his Turkish heritage makes him any more of a worthy target?

He further explains how partnerships had been severed ever since the picture was taken, particularly from his old school where he grew up, to which he was supposed to make an appearance. Ozil further explains how partnerships and campaigns came to a halt swiftly after, as he was asked to take part in promotional videos for the World Cup which he was quickly taken out of and, “cancelled all promotional activities scheduled.”

The footballer also references partnerships that have stayed loyal to him naming Adidas, Beats, and Bigshoe. He explains how this doesn’t just impact him and his career, but children who he had helped receive surgeries in Russia through Bigshoe. The third part of his statement details his abhorrent treatment from the DFB (the German Football Association) and its president Reinhard Grindel.

“My friends Lukas Podolsky and Miroslav Klose are never referred to as German-polish, why am I German-Turkish, Is it because it is Turkey? is it because I’m a Muslim?”

The past couple of weeks have given me time to reflect, and time to think over the events of the last few months. Consequently, I want to share my thoughts and feelings about what has happened. pic.twitter.com/WpWrlHxx74

Something tells me that @MesutOzil1088 will use all this negativity to spur himself on to have a great season for @Arsenal Watch this space! #IStandWithOzil #TheScoreKE

That Ozil resignation 'letter' is explosive.

This is the saddest thing to read as a an athlete , and more importantly as a human being .. you are right bout one thing @MesutOzil1088 racism should not and will not be accepted under any circumstance.. sad if all this is true .. https://t.co/d1MYyYoDYY

Retweet if you stand with ozil like if you are against racism pic.twitter.com/ZkDK06D6T9

"I am German when we win, but I am an immigrant when we lose.”
-Mesut Ozil.
Now he has retired from Germany. ????
SAY NO TO RACISM.
SAY NO TO DISCRIMINATION.

I rarely tweet high profile people but this fella @MesutOzil1088 deserves all our respect right now. Not for his football status or abilities but for his social & moral stand against the xenophobic & morally bankrupt that exist in our world

I felt Ozil’s pain in his 3 part letter… heartbreaking to read. @MesutOzil1088 stay strong, my brother in faith. You did an amazing thing with your pincipled stance. Remember what our Creator said to his most beloved:

The subject of Ozil and his perfectly fine reasons to retire aside, so funny how many people jump the #IStandWithMesut bandwagon because conveniently they're a Turk or Muslim as well and they now have a new chance to put themselves in the social media spotlight. #AttentionSeekers

When reading Ozil statement and you gt to this part.

"My friends Lukas Podolsky and Miroslav Klose are never referred to as German-polish, why am I German-Turkish, Is it because it is Turkey? is it because I'm a Muslim?"

You will knw what the problem was.#StandWithOzil

Mesut Özil calls time on his International career. He finished with

Ozil called out ex players for disloyalty, pundits for stupidity, now he has called out racism and xenophobia, the man has balls of steel.
Move over Andrey , I think I have a new favourite.

Ozil is a nice fella and he doesn't deserve the Nazi abuse, but banter is banter and your club's number 10 has a weak mantality ????

Know Your Rights Whilst Travelling as a Muslim #FlyingWhileMuslim