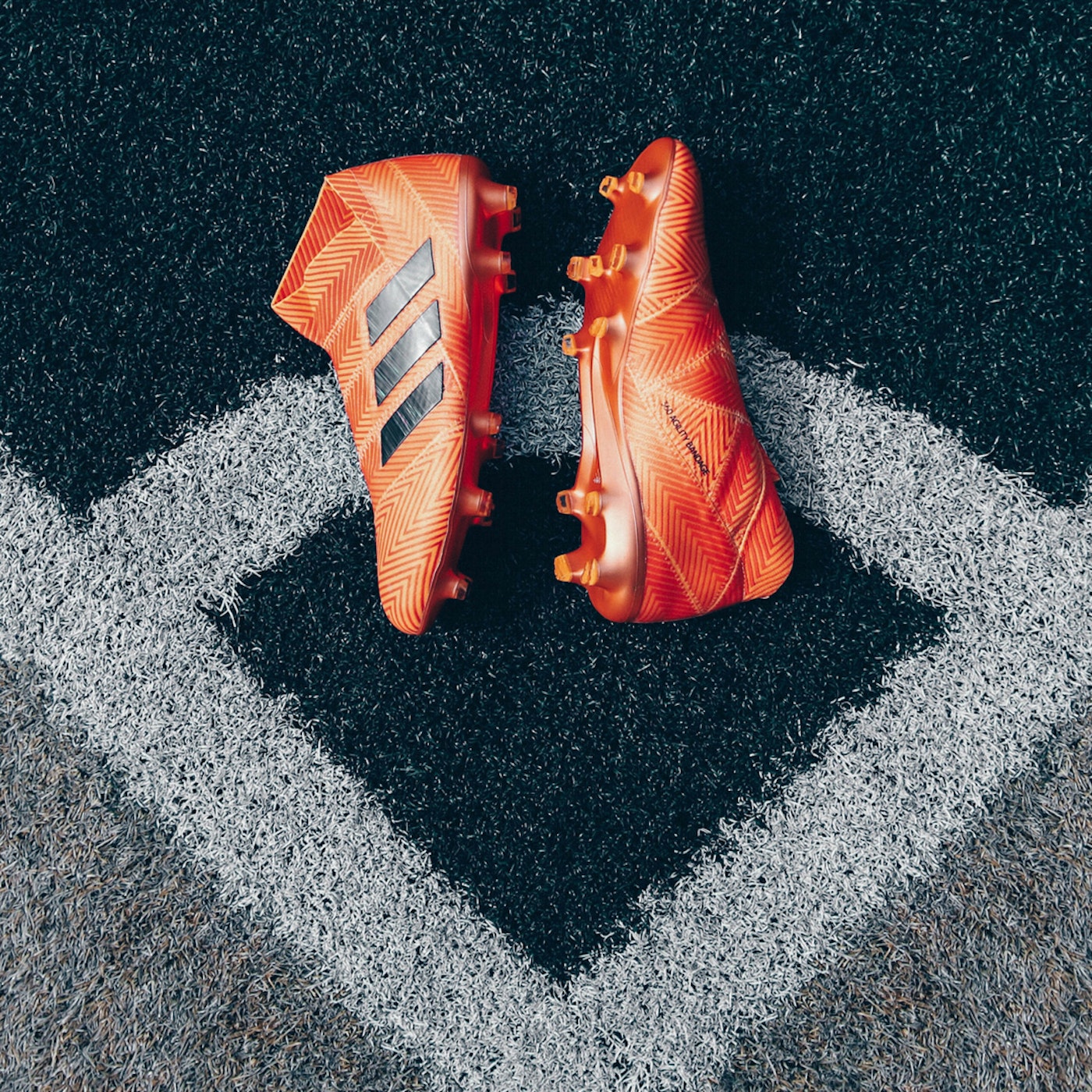 On Sunday, thousands of football fans learnt that Arsenal’s midfielder Mesut Ozil, had chosen to resign from international football. Releasing the statement on his social media that called out the continued racist attacks by the media against his dual Turkish-German heritage, his resignation not only demonstrates the continued existence of xenophobia, discrimination and racism that exists within football, but has also highlighted the identity crisis that those who belong to diaspora communities experience whilst living in Europe.

There can be no denial about the fact that sports events, such as the Olympics or the World Cup, have a significant impact on communities and countries from across the world. An idea is presented to us that by wearing the shirts of the countries we choose to be associated with, we are a ‘part of the team’ irrespective of our physical and cultural differences. During this period, a unique process of political amnesia occurs in which divisions and suspicions are put aside as we come together to celebrate a mutual goal – winning.

However, we cannot forget the divisive consequences of sport, especially when it comes to football. Whilst there is definitely a level of positivity and cooperation that is produced as a result of playing for or supporting a football team, we cannot reduce this to merely an apolitical institution – we cannot be lulled into a false sense of security that minimises and reduces our struggles and micro-aggressions, especially in an institution which has constantly been in the headlines for its racism and xenophobia.

Within society, there seems to be a continued failure to view the cultural institution as being reflective of political issues, tensions and affairs. An idea is prevalent that political and cultural institutions exist in separate paradigms, existing on individual trajectories that will never intersect. We cannot, however, continue to silence the rising sentiment and voices of those who show the extension of politics into our cultural institutions. Football has always been a clear indication of this fact, with Mesut Ozil’s resignation only adding to a number of growing complaints that exist. But when analysing these issues, it becomes clear that within our everyday mundane cultural institutions, such as TV shows, movies and also football, there is a clear reproduction of neocolonial ideals and mentalities that continue to oppress and suppress certain identities. Not only is there a prominence of biological racism, but we are also seeing the continued growth, rise, and normalisation of ‘cultural racism’.

Cultural racism is defined as a form of racism that focuses explicitly on cultural differences, rather than biological markers of identity and stresses the superiority of certain cultures and practices over others. As a result, this process simultaneously reproduces the ‘Otherness’ of certain cultures and highlights their inferiority. This is an idea that is most evidently seen in the work of postcolonial thinkers like Frantz Fanon, who in his book ‘The Wretched of the Earth’, explains how the ‘Self’ and the ‘Other’ will always be viewed to exist in separate paradigms, thus making cooperation, assimilation and integration impossible as they are seen to be ‘two separate species’.

This is most evidently seen in football where losses often see to certain footballers losing their European identity and being reassigned the identity of the hostile ‘Other’. From Benzema to Lukaku and now Ozil, their identities as ‘Arab, Congolese and Turkish’ are highlighted and amplified whenever their national teams are at a loss, yet when they succeed they are described as ‘French, Belgian and German’. This demonstrates a clear separation between the dual identity of these players,  where only their success and victory are associated with their European identities, whilst moments of loss and inferiority are associated with the ‘Other’. This criticism of success and failure is also seen through the continued need from the press to associate the failure and success of a national team to specific individuals.

Not only is this something that Ozil points out, but many also criticised the treatment of Raheem Sterling (English professional footballer who plays as a winger and attacking midfielder for Premier League club Manchester City and the English national team) by the media.  Who continuously attacked his performance, which was called out by his fellow teammate Harry Kane. Not only does this demonstrate the continued racism and discrimination that individuals face, but it echoes and reaffirms colonial ideals and practices in which certain groups of individuals are viewed with failure and hostility. And only recognised to be treated unfairly when a white or European team player recognises and amplifies the hypocrisy. Despite wearing the shirts of the team, and despite physically stripping themselves of their external identity and adopting new ones, overt narratives of exclusion and alienation remain.

Such alienation can be seen in instances where we choose to accept or celebrate the identity of that which is deemed to be the ‘Other’.  In the case of Ozil, he is clearly vindicated and vilified for accepting and celebrating his Turkish heritage by the press. As he explains within his resignation, his meeting with President Erdogan sparked criticism and debate not only within the media, but he was also asked to justify his actions and reassure individuals that this was not political. As a result of this process, many organisations refused to work with him, thus demonstrating the clear instance in which those with dual identities are made to ‘choose’ between identities, and thus choose which heritage they must be loyal to. The existence of cultural hegemony and cultural colonialism becomes very clear;  not only does one have to strip oneself of any other cultural ideals, practices and beliefs and wholly and solely adopt this ‘new identity’, but effectively one must subjugate oneself to this new way of life in order to prove themselves.

How this plays out for second and third generation

This is reflective of a wider trend and experience that many young people, especially those who belong to diaspora communities and have settled in European countries have had to face – an identity crisis in which they are constantly asked to choose between two seemingly opposed identities and prove their loyalty. Not only is this a tiring process, but effectively this has a significant impact on the physical, mental and emotional health and wellbeing of the individual. This is most evidently seen in the case of the Muslim community, where Islamophobia has constantly led Muslims to undergo a ‘loyalty’ or ‘citizenship test’ – irrespective of whether they are an average civilian, or well known politician or footballer. For many Muslims, it becomes harder and harder to navigate between two seemingly alternative identities that are constantly painted to be opposed to each other. Not only has Ozil’s resignation triggered the debate regarding what it means to be a ‘European’, but effectively it also raises interesting questions regarding multiculturalism and integration – is this truly possible when we are constantly viewed as the ‘Other’?

For integration to be possible and for multiculturalism to be accepted and celebrated, we must acknowledge the existence of cultural hegemony and realise that alternate cultures cannot be viewed with hostility and must be given spaces that sit alongside our own. By taking a stand and directly challenging this narrative of cultural hegemony, Ozil has not only shed light upon this covert Orientalist narrative that continues to surround and plague those of us who are physically viewed to be the ‘Other.’ But it also demonstrates how we can use existing mechanisms and tools such as social media and even formal methods of resignation to peacefully resist being ‘otherised’. As Ozil’s statement highlights, we need to make sure that we drop the lens of hostility and suspicion in our approach towards each other, and move towards acceptance and mutual respect – an idea that we can all follow and reproduce on both micro and macro levels, whether that be through having difficult discussions in our personal or professional circles, or by simply reminding ourselves to be kind and polite in our etiquette and conduct with others.

It is important to realise that integration will only be possible once we view and accept each other as equal citizens of the Earth – an ideal that can be achieved if we inform each other and seek knowledge about ourselves and the other.

We must rid ourselves of negative stereotypes, and constantly try to find the good within each other. Moreso now than ever, we must look internally and understand ourselves first, rather than relying on others to tell us who we are. As Muslims, it is our duty and focus to seek  ‘ilm’, or knowledge – it is only through this process that we will be able to reaffirm and recognise our identity in moments of complications, hardship and in situations where we may lose sight of who we are.

Zahraa is a recent graduate & the Founder & Editor-in-Chief of The Muslim Diaspora. She usually hates writing about herself in the third person but can be found on twitter @itszahxra