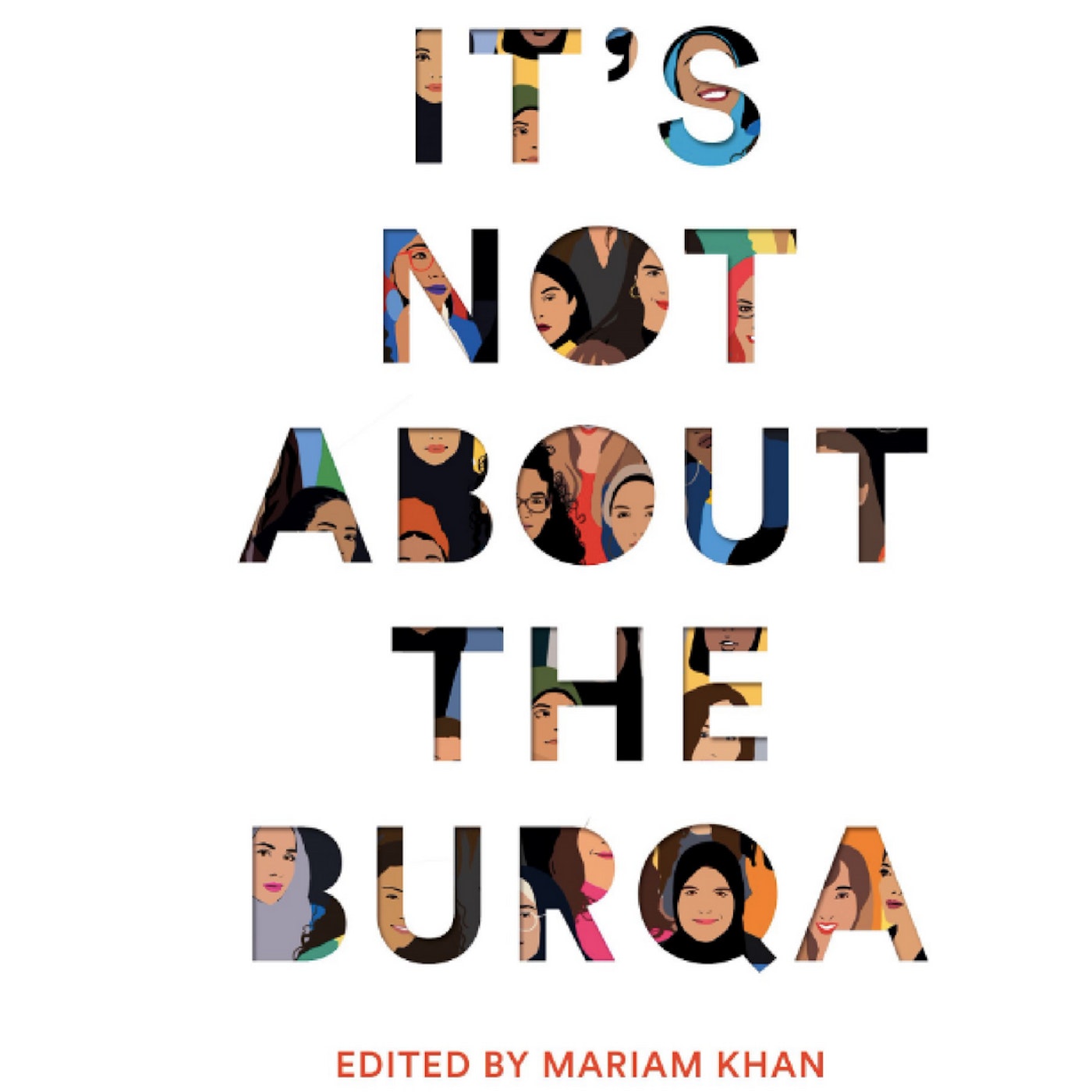 In Feb 2019 the book titled “It’s Not About the Burqa” will be published, and available for purchase from your local Waterstones.  The book which includes essays from 18 incredible Muslim women discusses faith, feminism, sexuality and race, edited by Mariam Khan. Some of the incredible women are none other than our very own Co-Founder Nafisa Bakkar,  one of our writers Afia Ahmed, public speakers and writers Yassmin Abdel Mageid, Salma El Wardany, Salma Haidrani, activists and journalists Malia Bouattia, Aina Khan, Raifa Rafiq to name but a few of so so many more fantastic voices. Not only is this something we are dying to get our hands on,  but we are loving the front cover illustration and title, nothing quite says power more than Muslim women speaking truth to it and providing a nuanced, witty, alternative narrative to the mainstream one for spectators to engage with.  Colourful bursts of incredible voices, that must be heard and revered, it is inspiring to see sisterhood in its most pure form, women from different walks of life, banding together to provide spaces for other Muslim women to feel empowered through their voices, and by default empowering them to follow suit.

Senior Commissioning Editor at Picador and co- editor Sophie Jonathan said,”High fives to the inspiring, powerful women who have written for this book – working with you is awesome.”

“When was the last time you heard a Muslim woman speak for herself without a filter?

It’s Not About the Burqa started life when Mariam Khan read about the conversation in which David Cameron linked the radicalization of Muslim men to the `traditional submissiveness’ of Muslim women. Mariam felt pretty sure she didn’t know a single Muslim woman who would describe herself that way. Why was she hearing about Muslim women from people who were demonstrably neither Muslim nor female?

Taking one of the most politicized and misused words associated with Muslim women and Islamophobia, It’s Not About the Burqa has something to say: twenty Muslim women speaking up for themselves. Here are essays about the hijab and wavering faith, about love and divorce, about queer identity, about sex, about the twin threats of a disapproving community and a racist country, and about how Islam and feminism go hand in hand. Funny, warm, sometimes sad, and often angry, each of these essays is a passionate declaration, and each essay is calling time on the oppression, the lazy stereotyping, the misogyny and the Islamophobia.

Watch our short video on the book here:

We’re super excited about this! Our very own @nafisa_bakkar is part of an amazing team of Muslim women who’ve contributed to ‘It’s not about the Burqa’, a new book by Editor Mariam Khan created to challenge an often ill informed perception of Muslim women. The book contains essays from the girls, on everything from the subject of wavering faith, to love and divorce – we couldn’t be more here for it. The book launches Feb 2019, and you can pre-order yours now at waterstones.com! @malia_bouattia @amnafire @nadineaishaj @monaeltahawy @itsraifa_ @yassmin_a

Pre order "It's not about the burka" now

Psyched to have contributed to this alongside a number of amazing women! Pre-order from @Waterstones! I hope you can flick through & enjoy reading what I (& I'm sure everyone) really enjoyed writing. Huge shout-out to @helloiammariam & @SophieHJonathan for all their hard work♥️ https://t.co/RQ1Ovu9DEC

So proud to have my chapter in this book, available to pre-order @Waterstones now 🎉🎉 “It’s Not About the Burqa” has never been more relevant. Thanks @helloiammariam @SophieHJonathan https://t.co/022GtM8IFd pic.twitter.com/TgVTtFKH3e

Be the first to read it, Pre- order from Waterstones.

Welcome Back to the Weird and Wonderful World of Muslim Twitter