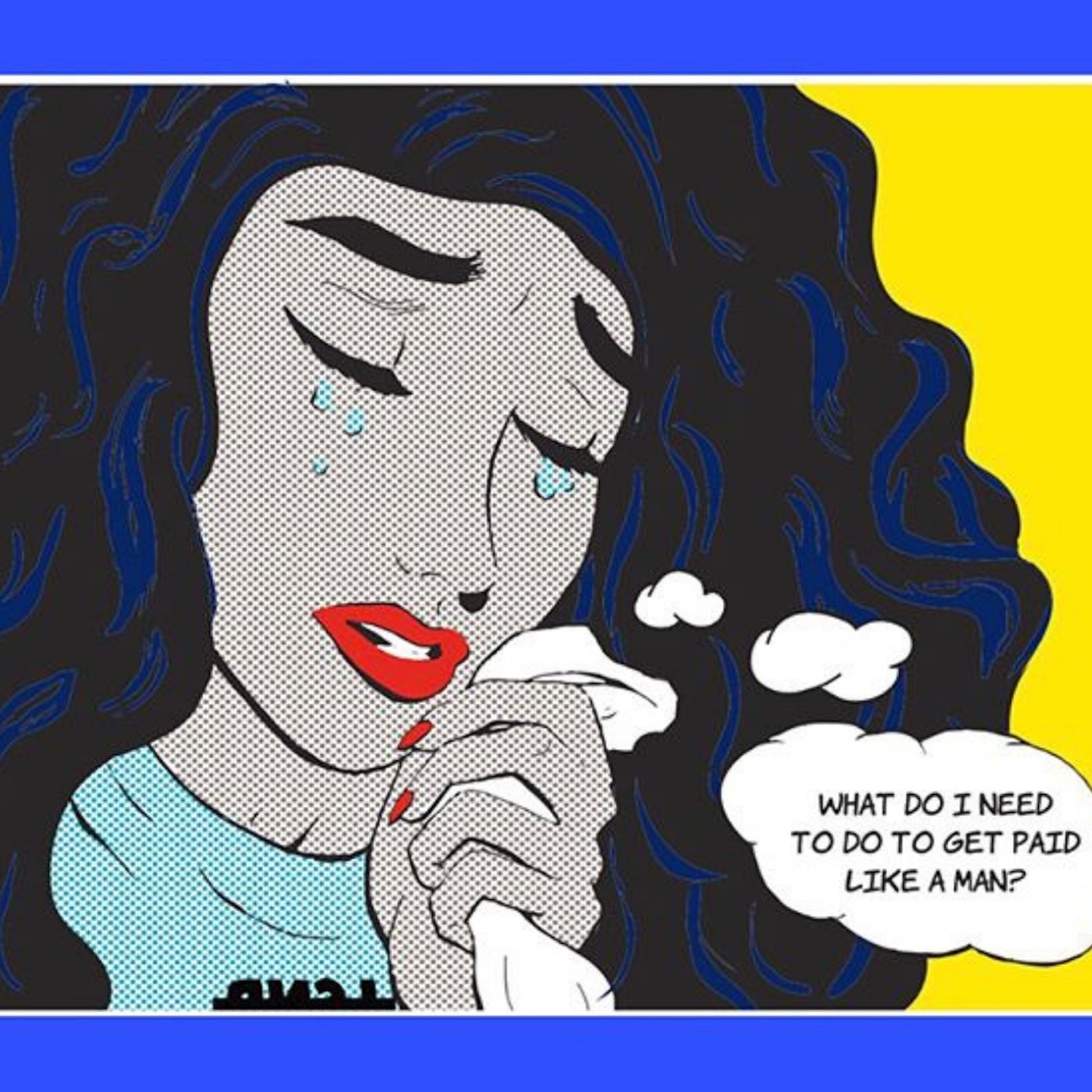 CEO of streetwear brand Lis’n Up clothing Adam Khafif has released his line of clothing, which has largely peaked our interest. The designer, and CEO posted on his Instagram page recently, revealing his line aimed at highlighting inequality and gender discrimination towards women in the workplace. The designer described the piece as being multi-layered’ saying, “the obvious messaging alludes to the common statistic of women making just 80 cents on the dollar compared to men”. He commissioned Kara Underwood, to design the pop art for the line, which Khafif describes will shine a light on, and introduce a whole new version of pop art, Khafif saying, “What I enjoy most about this design is the intentional ethnic ambiguity of the woman featured. Like most art, pop art is historically white – think of every “great” pop art piece you’ve seen. This design wouldn’t be complete without recognising the wage gap not only of women v. men but of minority women v. white women in the US. Depending on ethnicity, minority women make roughly 15% less than white women. The design wouldn’t be complete without recognising the inequality across the board – and why not change the way people see pop art while we’re at it?”

🚨NEW SINGLE: Career Woman🚨 Printed on a #Champion Reverse Weave crewneck. The only way to get access to this new piece is to DM @Adamkhafif on IG for the password. This is the second release of this piece – the first release sold out in a day 😛

New @lisnupclothing soon. For this design we commissioned the talented @kara.underwood. The obvious messaging alludes to the common statistic of women making just 80 cents on the dollar compared to men. What I enjoy most about this design is the intentional ethnic ambiguity of the woman featured. Like most art, pop art is historically white – think of every “great” pop art piece you’ve seen. This design wouldn’t be complete without recognizing the wage gap not only of women v. men, but of minority women v. white women in the US. Depending on ethnicity, minority women make roughly 15% less than white women. The design wouldn’t be complete without recognizing the inequality across the board – and why not change the way people see pop art while we’re at it? I’m excited for people to unpack the layers as they discover the piece and wear it out. 👨🏼= 10💰 👨🏾 = 7 💰 👩🏼= 8 💰 👩🏾= 6.5 💰 ⁉️⁉️⁉️

**Story time about this sign. SPOILER ALERT: I didn’t make it** ______ Since starting Lisn Up, any time someone even utters the word “listen”, I mumble to myself “up” and then “clothing” and then “dot com” … obviously. So of course today at #marchforourlives, I look down and see a rolled up sign blowing down the sidewalk. I catch a glimpse of the word “Listen” as it’s rolling past me and I knew I had to pick it up. Luckily, before I did, I told @Noor to record it. This is what I found. (Swipe for video)

Khafif has previously been known to support and collaborate with women who propagate largely feminist causes. In December 2015,  through his collaboration with his now wife, Noor Tagouri, to which the couple later launched a campaign designed to raise awareness to the horrific causes and effects of sex trafficking of women and girls in the US. The line which later was named #thenooreffect a.k.a #thelighteffect revealed hoodies, caps, sweaters, and bags with ‘GIRL’ printed with a strike through it which was inspired by the artist Jean-Michel Basquiat’s quote, “I cross out words so you will see them more.” Khafif, since the creation of his company in 2012, has continuously projected powerful and positive messages through clothing. Whilst propelling local artists with equally inspiring messages into the limelight.

🧕🏼 #internationalwomensday seems as good a time as any to let everyone know that #TheNoorEffect collection is OFFICIALLY RESTOCKED. First release since 2016 of the collection that set out to raise awareness on the sex trade. Also I guess it’s good timing with @noor’s Sold In America documentary 🤷🏻‍♂️ (by @shaughncooper)

#TheNoorEffect @Noor X @lisnupclothing launched 2 YEARS AGO! This was our reaction every time people asked if we were getting married 🤪

The CEO also donates 50% of proceeds from the clothing go to a charity of the consumers choice, to select from on the Lisn’up site.

In an interview with the Huffpost Khafif said,”While I was thinking about [starting the line and incorporating lyrics from socially conscious artists], I also wanted to take it a step further and give the customer a really unique experience. So, when you go on the website and you check out, there’s a drop-down list of charities that you can choose from, where 50 percent of our profit goes to. You’re not just giving money and getting something in return. You’re getting experience.” 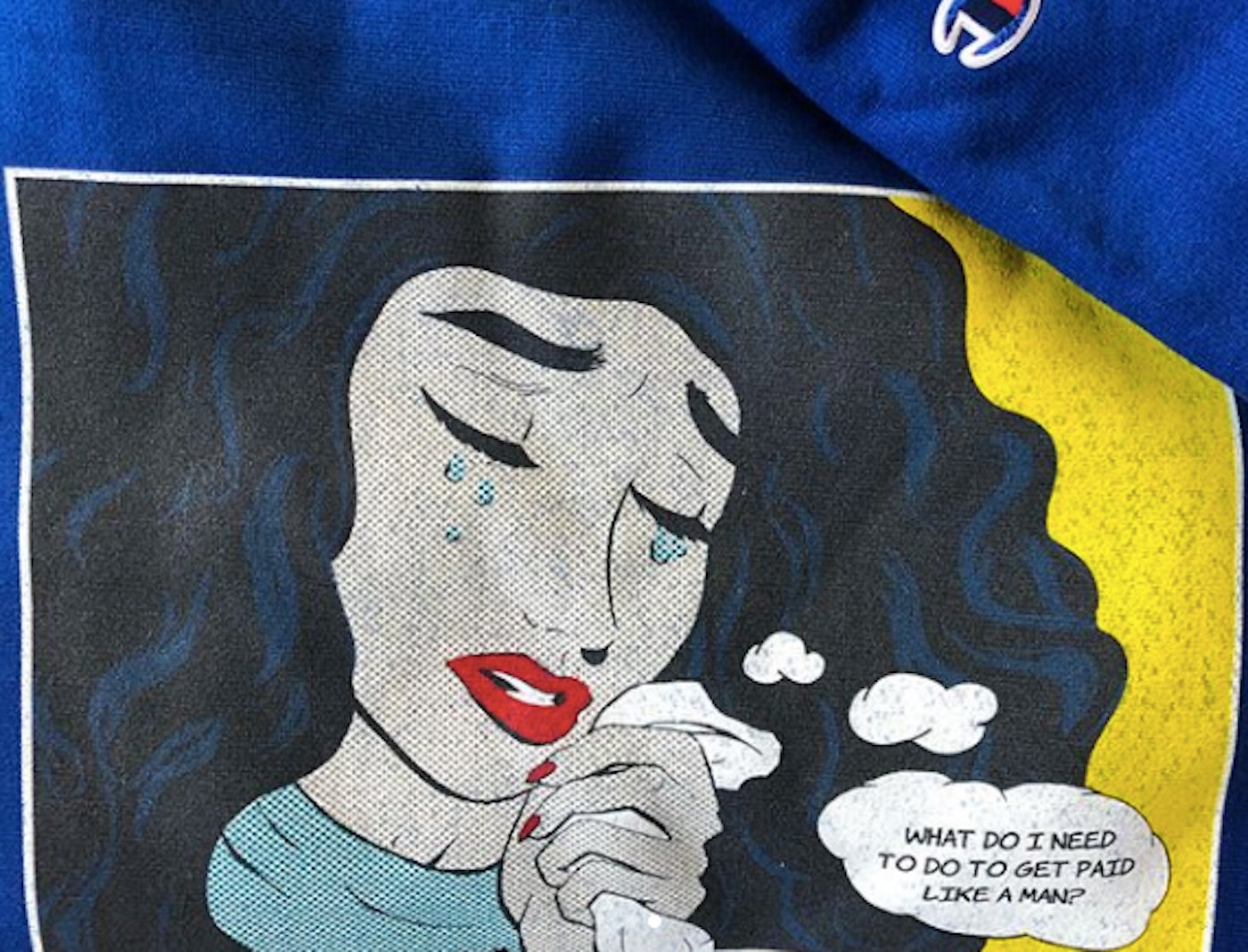 Some of the  non-profit charities Lisn’up has partnered with:

‘AA puts power back in refugees’ hands by providing them with the tools they need to obtain legal status in their new host country.’

‘PF connects people to the issue of human trafficking, slavery and exploitation by creating meaningful experiences that raise funds, educate and empower our generation to take action. ‘

‘Rather than simply prevent violence, Guitars Over Guns Organization’s (GOGO) unique approach to arts-based youth development programming uses music to improve self-concept, build safety and community, and encourage youth to “choose their sound” on and off the stage.’

The National Network for Youth (NN4Y)

‘The National Network for Youth has been a public education and policy advocacy organization dedicated to the prevention and eradication of youth homelessness in America for over 40 years.’

‘USCRI advances the rights and lives of those who have been forcibly or voluntarily uprooted. For over 100 years, the unwavering commitment of our leadership, team, a network of service providers, and advocates which have helped redirect the destiny of countless vulnerable lives.’

However, proceeds made from #TheNoorEffect line are dedicated to Project Futures, an organization that combats sex trafficking.

What Do You Know About the Queen of NYFW (@Emanidil)