6 Quran Verses and Hadiths to Get You Through Hardship 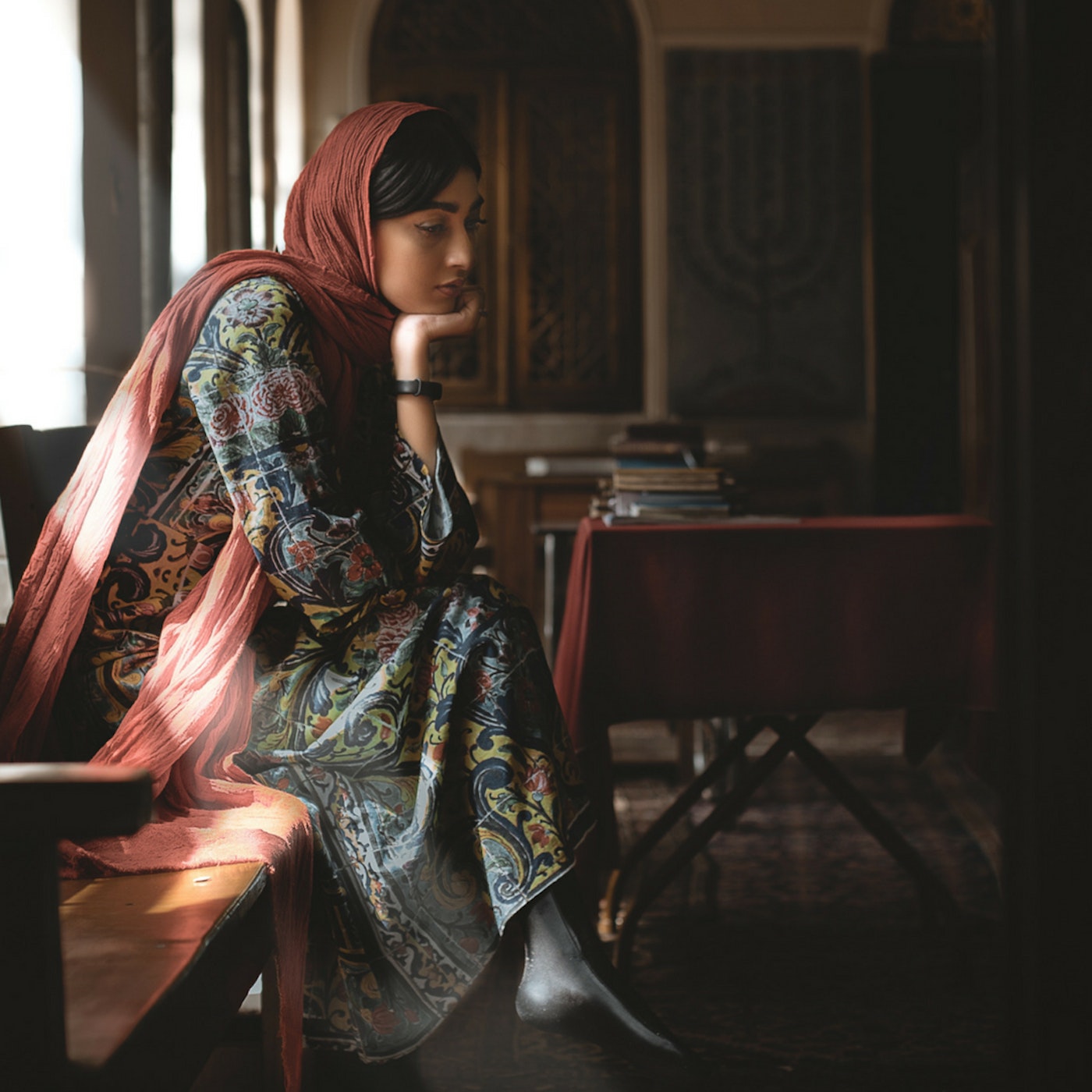 Having that void in your heart can be painful. The one that doesn’t quite feel right—like something is missing, but you just can’t seem to put your finger on what; it is borderline painful. I felt it too. Days pass by, you don’t like to see or be around family or friends, you can’t focus at work, you don’t quite feel like eating anything. Depression? Anxiety? No, no; it is a disease and needs to be treated, but not a tangible disease, no—it is a spiritual one.  It is worth stating that with any other illness there is never shame in seeking professional help. Professionals who are well-equipped in understanding spirituality are exactly the same as a physician or doctor: they are there to help and remedy the sickness.

If anyone tells you they have never had this feeling, I would argue that they are clearly in denial. I say this because I have full confidence that it is completely normal for humans, so fragile in our condition, to go through spiritual turmoil. It may even be easy to advise others when they experience it, but when you go through it personally, it feels excruciating and near impossible to follow your own advice. I knew what I was supposed to do, but somehow wasn’t able to follow it through. Being around family members, going out with friends for a cup of coffee, chilling with cousins would make me feel lighter and better—but I chose not to. I chose not to be around family, I chose to refuse calls from friends and cousins, who wanted to hang out, I chose not to focus on my work.  I chose to be in my room with windows and doors closed, I chose to be in a pin-drop silent zone, phone on silent mode, I chose not to see anyone, I chose silence, I chose isolation. I chose not to share how I was feeling with anyone else. Watching something on my laptop distracted my mind only for a little while, but I chose not to. Eating my favourite chocolate didn’t give me any pleasure either. Sleeping late at night, soaking the pillow with tears was not lightening the burden I was carrying within my little heart. Days went by; nothing changed. The feeling kept getting worse.

Then it happened, an epiphany that was so obvious, staring at me blankly in the face, but it took me almost losing myself to truly see it. I had to change. I knew this ayah for a while, but it made sense to me later when I realised what I was doing was not nourishing me. Being in a dark situation is painful. I had to find a solution and try what was needed to fix my problem.  I chose Allah (SWT). He is the One who can change the hearts of people—He is Al Muhyiy (The Giver of Life). I saw the people around me, I heard real-life stories, I saw the struggles and then I decided to change.

Here are 5 Ayat to get you through hardship:

1. You may hate a thing that is good for you

The only thing that was steady during this awful time was my prayers; even after all those feelings of loss, I kept up with my prayers. I didn’t let that go because deep down I knew the tough days would pass with the help of Allah (SWT). I knew He would guide me—He is Al Hadiy and Ar Rashid. I knew He loved people who were committed to Him. “God loves those who are steadfast” – Qur’an (3:146) I prayed at home, and then slowly—at a snail’s pace—I started going out to the mosque. Deep down, I knew Allah (SWT) tests those whom He loves, and clearly He was testing me because He loves me. The thing I hated, that pain that sorrow and darkness, led me to be closer to him; those dark days brought me the greatest gift.

2. If you believe, you will be tested

I kept reminding myself about the ayah: “Do people think they will be left alone after saying ‘We believe’ without being put to the test?” – Qur’an (29:2)

Being alone has its perks: it allows you to reflect on what has happened in your life, and how you can preclude from similar situations in the future. It gives you time with your Creator, Al Khaliq. It helped me to connect and strive to get closer to Allah (SWT). I forced myself to get out of the house and walk down to the mosque. I spent time with beautiful sisters, whom I had never met before but connected with instantly. Every soul had a story to share. Everyone was going through something. Everyone was asking Allah (SWT) for help. The lady in the mosque who was in tears for the whole duration of the prayer—even after salah she couldn’t stop herself—she was in pain, a lot of pain. I did not ask her what she was going through, but I knew she was in the right place to ask for help. She cried to the One who could help her, the One in Whose house she was making prayers. A believer in His Might was being tested in front of my eyes, testimony to the ayat that warns us we will be tested the closer we get to Him, and know this is a testimony to His promise if He loves us, He will test us.

Listen to the story of how it all started. ‘Life before Amaliah’ over on our podcast, ‘Amaliah Voices’

3. He never burdens a soul beyond what it can bear

During the winter nights, I saw an aged man lying on the sidewalk covered head to toe with heavy blankets; he was shivering as the winds blew around him. Thirsty and freezing, he was repeating “Cup of coffee, please?” I did not know his story, but the state he was in was painful. He did not have a roof above him, nor did he have food to eat, nor was he with any loved one. He was there, all alone—in pain. He was given that test for whatever reason, and I was given my test for whatever reason, because he can weather his storm, and I can weather mine. Because Allah decided our souls were built to carry our own burdens.

Amaliah is an independent media company that centers the voices and experiences of Muslim women. If you would like to support our work with a one-off contribution, please visit amaliah.com/support

4. If Allah desires good for someone he faces hardship

I met a beautiful sister who was a revert, who had to come to Islam after many difficulties—her family was deeply opposed to the changes she had undergone, they did not accept her religion, she didn’t have any support from her close ones, she was ridiculed and jeered at while she walked in her neighbourhood when she chose to cover herself. She was doing a noble thing, an honourable act, trying to please her creator, so how can Allah be punishing her for trying? My perspective on trials and pain was slowly changing: if a servant is trying in any capacity to please Allah, then whatever comes of it will be good for them.

5. The prophets are tested the most

6. Allah does not change your condition until you change

He is Al Wakil. “God does not change the condition of a people unless they change what is in themselves” – Qur’an (13:11)

I chose to make a change in my day-to-day life: what I was doing, what I was eating, thinking, reading and so on. I started spending time with family. I went for long walks in the park with my friends. I started dining out at my favourite places with my cousins. My heart was opening up, and it was beautiful for those who surrounded me to see and experience. I started to read and seek more knowledge; my heart opened further. I kept my prayers steady and volunteered at the mosque more regularly. I had to strive to change myself in order for Allah (SWT) to help me become the best version of myself, in order to feel good inside and content. I put the effort in first, and all the rest was being sorted out by Allah (SWT). I just had to trust Him

It is only upon an individual to decide what they want. It is for us to choose what we want in life. Either we choose happiness or sadness. If we want to be happy, then we must change what is within ourselves by our actions every single day, no let-ups. Small and consistent steps are what will piece your happiness together bit by bit, as happiness is not served on a plate. You earn happiness. You work for it. Having a content life is what every individual desires, and that requires a lot of work, work that has to be consistent. It is an ongoing process, which needs to be monitored and nurtured all the time. “Our Lord, give us good in this World and in the Hereafter, and protect us from the torment of the Fire” – Qur’an (2:201) We must ponder over Allah’s Wisdom in which He tests His chosen slaves; He guides and directs us to achieve goals to reach a high rank in His eyes, which would not be achievable without a lifetime of tests, trials, and tribulations. Tests and tribulations are in fact, all mercies and blessings from Allah (SWT). Alhamdulillah for tests and tribulations.

Shazia Chowdhury is a student of the Qur’an and Sunnah and loves to share beneficial knowledge and voices out her personal insights to connect with people. Produced her first- Ramadan Booklet in 2018. Founder of an NGO, which helps the poor to live life healthier and happier. On a side- she adores being a foodie, an explorer as well as a nature lover!

First Rule of Dating: Find Self-Fulfilment Before You Seek Marriage

Here Is an Explainer of How Allah’s Rizq Works

5 Reasons Why We Are Tested