When She Doesn’t Say Salam Back: The True Virtues of Saying Salam 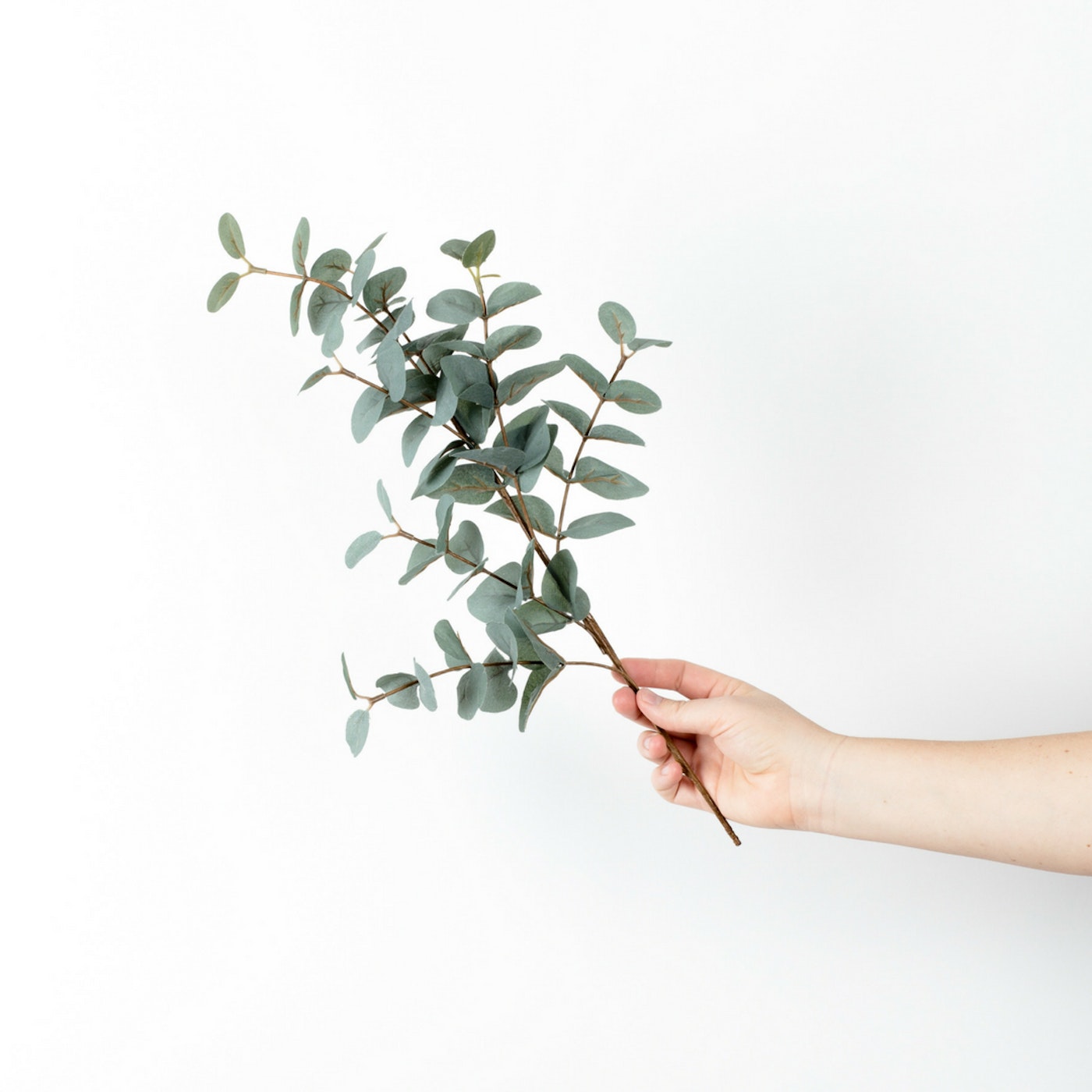 Whenever we see a fellow Muslim, whether we know her or not, we automatically say “Assalamualaikum”. It’s a simple but profound greeting of Peace that defines a Muslim but is often not given much attention. In fact, sometimes, we substitute this beautiful greeting with other forms – ‘hey’, ‘hello’, ‘hi’…but when we explore the richness of the greeting of salam, we realise we are really missing out if we don’t use it.

What does it mean?

As-salaam is from the root sa-la-ma, which means to be safe and sound and unharmed. (Note that Islam, which comes from the same root word, literally means the submission to the One who grants us safety, security and peace).

As-Salaam – this is one of the Names of Allah, and it means The One who Gives Peace and Security or Peace; and ‘Alaikum means: “Upon you”

So Assalaamualaikum can mean two things:

Where did it originate from?

The blessed institution of the salaam was one of the first things that was taught to our father, Adam a.s Abu Hurairah (May Allah be pleased with him) reported: The Prophet (ﷺ) said,

“When Allah created Adam (ﷺ), He said to him: ‘Go and greet that company of angels who are sitting there – and then listen to what they are going to say in reply to your greetings because that will be your greeting and your off-spring’s.’ Adam (ﷺ) said to the angels: ‘As-Salamu ‘Alaikum.’ They replied: ‘As-Salamu ‘Alaikum wa Rahmatullah (may you be safe from evil, and Mercy of Allah be upon you).’ Thus adding in reply to him: ‘wa Rahmatullah (and Mercy of Allah)’ to his greeting.” [Al- Bukhari and Muslim].

This is a greeting of peace not only for us humans but any creation that worships God, a blessed greeting taught to us by the angels.

Allah uses the salaam to greet non-prophets who were beloved to Him. For example, Jibreel came to house of the Prophet (s.a.w) and Khadeeja (ra). was there. Jibreel said: “Allah sends his salaam to Khadeeja.” The Prophet s.a.w. said: “O Khadeeja, Allah is sending His salaams to you.” She said, “Allah is As-Salaam. And upon you O Jibreel, be as-salaam and upon you Rasulullah be as-salaam.” [Bukhaari]

The etiquette: How do I say salaam?

The Messenger of Allah (ﷺ) said, “The person nearest to Allah is one who is the first to offer greeting.” [Abu Dawud].

2) It is obligatory to return the greeting of “As-Salaamu Alaikum”:

“The Muslim has five rights over his fellow-Muslim: he should return his salaams, visit him when he is sick, attend his funeral, accept his invitation, and pray for mercy for him [say “Yar ha’mu kallaah”] when he sneezes.” (Bukhaari, Muslim)

3) We should say “As-Salaamu Alaikum” when we enter our homes:

“When you enter houses, greet (with peace) from yourselves with a salutation from Allah, blessed and good.” (Surah an-Nur: 61)

4) “As-Salaamu Alaikum” is also to be said at time of leaving:

The Prophet s.a.w. said: “When one of you joins a gathering, he should greet those present; and when he leaves them he should salute them, because the first salutation is not better than the last one.” (Abu Dawud and Tirmithi)

5) Reply with a greeting that is better:

From Surah An-Nisaa’, verse 86, Allah, says “When a courteous greeting is offered to you, meet it with a greeting still more courteous, or at least of equal courtesy.”

What are the benefits?

Abdullah bin ‘Amr bin Al-‘as (May Allah be pleased with them) reported: A man asked the Messenger of Allah (ﷺ): “Which act in Islam is the best?” He (ﷺ) replied, “To give food, and to greet everyone, whether you know or you do not.” [Al-Bukhari and Muslim].

When you say salam to someone, it is like you have made a declaration of peace or a pact, that you will not harm her/ him. In Surah an-Nisa verse 94, even in war, if a soldier comes to you and say As-salaamuilakum, you cannot assume that he is not a believer. The salam binds you to your word that he will be protected from you and you will not betray him, kill him, abuse him etc. It’s like a contract such that he has come under your protection.

In our everyday lives, when we meet a Muslim, the salam is you giving him/her your word that you will not harm him, physically or verbally. You promise him only good (no backbiting, betrayal, envy etc. All you have to offer when you say salaam is your purity of intentions and sincerity towards your sister.

2. When you identify that he is a believer, you ignore her past and her tribe/race/class etc

It encourages believers to be a worldwide community not divided by tribal or nationalistic loyalties but bound together by faith. Whatever language we speak (or don’t speak), we are still able to relate to you because you are a believer. Other than salah and hajj, the salaam is another institution that unites us and disregards the labels that we carry.

In Surah Al-Baqarah, verse 54, Allah says: “And when those come to you who believe in Our verses, say, “Peace be upon you.” Your Lord has decreed upon Himself mercy: that any of you who does wrong out of ignorance and then repents after that and corrects himself – indeed, He is Forgiving and Merciful.” (6:54)

He also says in Surah Ali Imran, verse 103: “remember the favor of Allah upon you – when you were enemies and He brought your hearts together and you became, by His favor, brothers.”

Among His favours that unite us is the salaam:

Abu Hurairah (May Allah be pleased with him) reported: The Messenger of Allah (ﷺ) said, “By Him in Whose Hand is my life! You will not enter Jannah until you believe, and you will not believe until you love one another. Shall I inform you of something which, if you do, you will love one another? Promote greetings of peace amongst yourselves.” [Muslim]

But the spreading of peace should not just be amongst Muslims – these hadith and verses of Qur’an also show the importance of the principle of spreading peace , regardless of who or what it is – that means to everyone and our environment.  Muslims should be agents of peace in all our communities, whether people around us are Muslim or not.

When you say the salaam, you are asking God to grant protection and security to your fellow sister.

Allah (swt) says about the Believers, “Their greeting the Day they meet Him will be, “Peace.” And He has prepared for them a noble reward.” (Qur’an, 33:44) Salaam Alaikum (May peace be on you) is not only the greeting of this world, but it is also the greeting of the hereafter.  As the Believers enter the wide-open doors of Paradise, the Angels will start to greet them by saying, “Peace be upon you; you have become pure; so enter it to abide eternally therein! [they will enter].” (Qur’an, 39:73)

This is not only a du’a for peace in this life for your sister but a du’a for Jannah as true Peace is only attained latter. It is a heavenly greeting so we should start practicing it here!

4. The better your greeting, the more rewards

‘Imran bin Husain (May Allah be pleased with them) reported: A man came to the Prophet (ﷺ) and said: “As-Salamu ‘Alaikum (may you be safe from evil). Messenger of Allah (ﷺ) responded to his greeting and the man sat down. The Prophet (ﷺ) said, “Ten (meaning the man had earned the merit of ten good acts).”

Anas bin Malik (May Allah be pleased with him) reported: Messenger of Allah (ﷺ) said to me, “Dear son, when you enter your house, say As- Salamu ‘Alaikum to your family, for it will be a blessing both to you and to your family.” (tirmidhI) “When you enter houses, greet (with peace) from yourselves with a salutation from Allah, blessed and good.” (Surah an-Nur: 61)

The salaam increases the blessing on your family salaam and even if there is no one home, it increases the blessings in your own home. Only when we truly reflect on the meanings and significance of the salaam, will we able to spread true peace and sincerity in our dealings with each other. May Allah enable us all to gain the rewards and blessings from this gift that the ummah has been given. Ameen.