by Amaliah Team in Lifestyle on 20th September, 2018 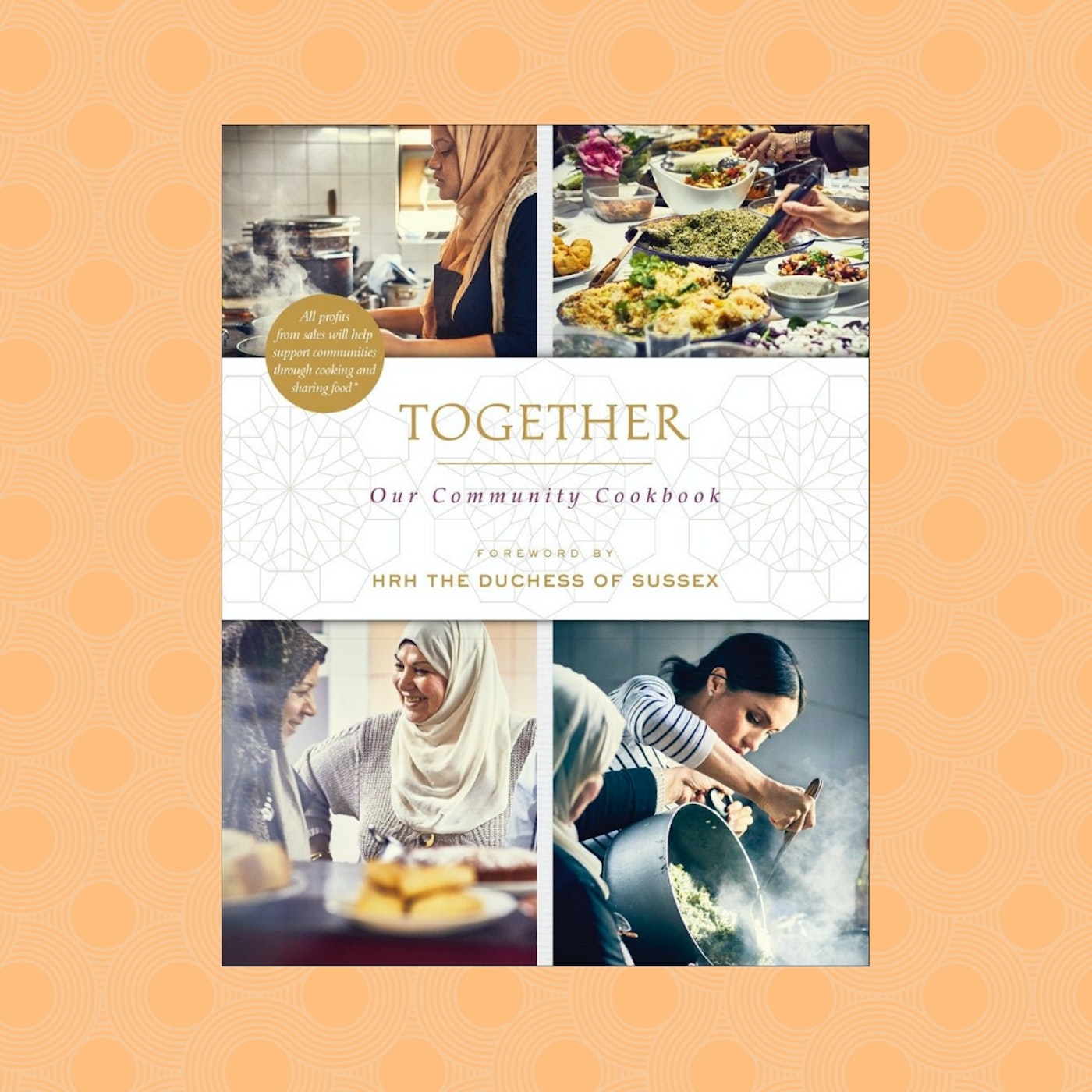 The Duchess of Sussex Meghan Markle, formerly known as suits sweetheart, Rachel, has been secretly making visits to the kitchen of our favorite local masjid here in London, Al-Manar. In a touching video, the new royal illustrates how some women, mostly Muslim women, from the west London community, gathered together in the Kitchen of the mosque and found the “healing power of sharing food”.

Markle said, “Together is a cookbook but it is also a story of a west London community who gathered together in a mosque kitchen and discovered the healing power of sharing food. In January 2018 as I was settling into my new home in London I met a group of women whose community had been affected by the Grenfell fire, they had  decided to come together to cook fresh food for their families and their neighbours at the mosque and their homes…so for two days every week these women were able to cook and share their delicious recipes together…I immediately felt connected to this community kitchen like these women, I’m passionate about food and cooking, as a way of strengthening communities…So I am proud to be supporting this cookbook together which features delicious recipes of the women of the Hubb community kitchen…The proceeds will allow the kitchen to stay open and to thrive so it can continue transforming lives and communities through cooking…We hope you enjoy it as much as we do.”

The community members reflect on the kitchen becoming a huge source of comfort as it became a facility to enable them to cook fresh food for their families. One community member shared, “we’ve called the kitchen the Hubb community kitchen because in Arabic Hubb means Love and we share love,” another reflected, “we are like one family now sharing food happiness sadness everything”. Others told 5 news, “We sit together eat together enjoy together…never where are you from, which colour you are, which language you talk.. which is something amazing.” Food became a central source of comfort for the families, as women were able o help heal through the power of cooking, “I think food can bring back memories, I think it can bring back childhood comfort”, whilst others enjoy the kinship and sisterhood it brought, “together is a celebration of the food,  whereby we share we laugh we enjoy we eat, we definitely eat!”

Markle stated,“I immediately felt connected to this community kitchen; it is a place for women to laugh, grieve, cry and cook together.”

What a fantastic and innovative way to help empower the community in west London to find sustenance for their families through a healing process of beautiful foods. The book will feature 50 recipes from women whose families were impacted by the fire.

The Duchess said in a powerful forward in the book, “Melding cultural identities under a shared roof, it creates a space to feel a sense of normalcy – in its simplest form, the universal need to connect, nurture, and commune through food, through crisis or joy – something we can all relate to.”

Although the Duchess has given her public backing for the book which is set to launch and release today, available worldwide for £9.99.  We cannot help but feel a tremendous feeling of warmth for the women of the west London community that have taken their loss and suffering and created hope and beauty through the most unifying language of food. To see the new member of the royal family acknowledge the Grenfell community and impact change is a welcomed step from the new royal. More than this, the cookbook “has shot to the top of the Amazon bestseller list, knocking JK Rowling and Jamie Oliver out of the running – amazingly before it has even been released.” Allah’s tremendous love and baraka for these women, has touched all corners of the earth reminding us of the hadith,

Pre-order Together, The Hubb Community Kitchen

At Amaliah we can’t wait to have a read, and try out all the recipes. Tell us what you think of this wonderful cookbook!

Meghan Markle has been making secret visits to a Grenfell community kitchen since January – today, she’s supporting a cookbook to help raise money for it.

In a video filmed by Kensington Palace, the Duchess of Sussex is shown cooking meals alongside members of the community. pic.twitter.com/f0n5KoS1go

VIDEO of #MeghanMarkle the #DuchessofSussex working with women gathering in the kitchen at the Al Manaar Muslim Cultural Heritage Centre where they prepared fresh food in the aftermath of Grenfell Fire The women with The Duchess help created Together Our Community Cookbook pic.twitter.com/Oc0oOp3T7I

Meghan Markle has helped to get a cookbook published which will raise money for a community kitchen feeding those who lost everything in the Grenfell Tower fire last year. https://t.co/DIUdehXqhk

Amazing to see some of our Grenfell family working with @KensingtonRoyal & @almanaar to create 'Together' to support their Hubb Community Kitchen project. ???? https://t.co/7vxCNHoK4Y

How much and where can I get? Not online though.
Would make great Christmas prezzies.

Is the press invited to the Duchess Meghan’s launch of the Together Cookbook or is it a private event ? Because I want pics. ???? And I want to see the pride look on Harry’s face. ???????? #CookTogether #KensingtonPalace

We've Got The Scoop On Meghan Markle's New Cookbook — And We're Sharing A (Vegan!) Recipe https://t.co/lmJAaXCc14

The Duchess of Sussex, the former Meghan Markle, played a blinder with her cookbook. Who has ever launched a cookbook from a palace? Which other Royal has washed rice and ate with commoners away from an official function? Which cookbook has ever hit to best sellers list worldwide

Meghan Markle, the Duchess of Sussex, is Supporting the Release of a Charity Cookbook as Her First Royal Project. @KensingtonRoyal. @BlackHAIRSalons @BlackBarbershop https://t.co/6uq9mvXfpj pic.twitter.com/aTQgz8O2Y5

his warmed my heart today – the power of women and the joy of cooking; a perfect match ⚡️ “Meghan Markle's first solo charity project is a cookbook for Grenfell”https://t.co/YEzHgAMJjc

Tomorrow, The Duchess of Sussex will host a celebratory event at Kensington Palace to mark the launch of Grenfell cookbook 'Together'. Prince Harry will join her. pic.twitter.com/00Cnvwa0RI

You’re Not Alone, I Don’t Want to Get Out of Bed Either

8 Free Places to Work From in London