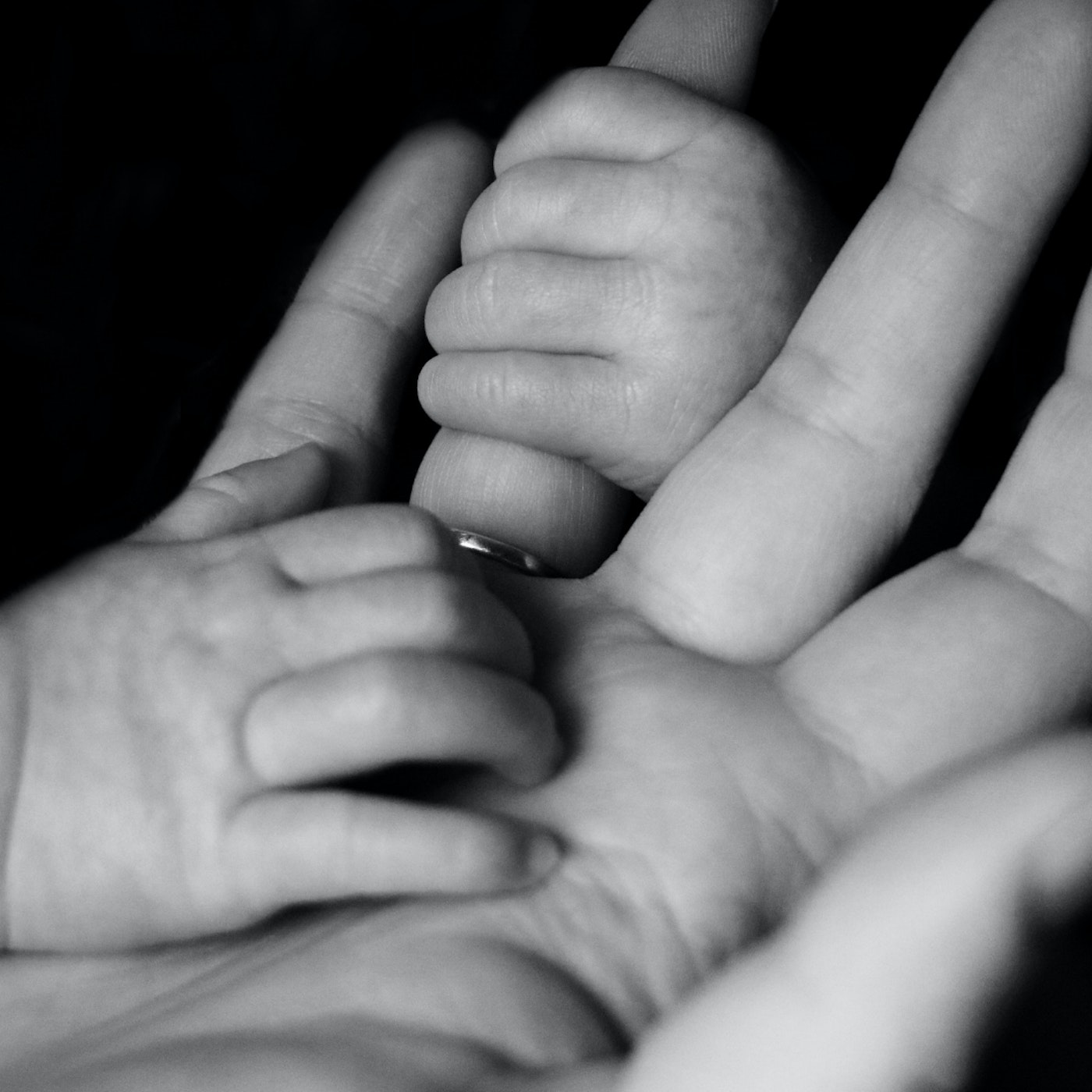 Remember how shocked and appalled we were when children were separated from their parents at the US border near Mexico? Remember that feeling of revulsion, pain, and fear all rolled up into one that we all collectively felt? So far away unable to physically help. That powerful photo of Sheikh Omar Suleiman holding his hand to the glass of the coaches filled with children stolen from migrant families trying to console and translate to them they were not alone?

Dallas based Muslim activist, @omarsuleiman504 , lays his hand on a caged bus containing separated immigrant children. He prays while the bus is brought to a stop by protesters in McAllen, #Texas pic.twitter.com/HJt0fyGj4y

Remember how the President of the United States, lined them up and deposited of them into a large factory-like internment camp encased by barbed wire? Extending a policy named “Zero Tolerance” and made children and babies enemy number one?

Lawyer Gareth Peirce said, “Societies have repeatedly only revisited, investigated and eventually condemned the worst of their cruelties to children after the passage of sometimes generations.”

So what’s this all about?

London based advocacy group, Cage has published a report on Monday, detailing shocking realities of Prevent practices. The report details how children are removed from their mothers based on “unscientific assessments of belief” and “unresearched criteria and half-digested concepts” of extremism and radicalisation, known as the ERG 22+. The report surfaced to draw attention to how dangerously the slope can descend into demonising children as young as one-day-old based on ambiguous Prevent guidelines of what is deemed ‘extreme’.

The policies have been described in the report as steeped in the roots of colonialism and empire, which provides context.

In 2016 we exposed the 'science' of radicalisation, a flawed and unscientific method of evaluating individuals for “extremism” based on subjective assessment of behaviour and belief. #ERG22+

How did we get here?

For those who feel a little disconnected, let’s go back, the Prevent strategy first came about post-July 2005, (the July Bombings in London) which was launched to Prevent Violent Extremism (PVE). By 2015, the strategy was nicely incorporated into legislation as the ‘Counter-Terrorism and Security Act’. However, the government’s strategy over time has become, “less about preventing violence and more about policing ideas.” Once the legislation was in place it gave power to the government to enter into a ‘pre-crime space’ targeting children for crimes based on ‘thoughts’, as more and more children were reported based on Orwellian ‘thought crimes’. Stay with me now…

With over 7,631 referrals to Prevent following these new regulations, one-quarter of these referrals were children under the age of 15. By 2017,  6,093  individuals were referred, 2,000 of these were under the age of 15. (The population of a small country) Muslims only make up less than 5% of the population and are the targeted minority, the statistics demonstrate a disproportionate focus on Muslims, a focus that has a seriously damaging effect on communities, families, and children.

Needless to say, Britain has more anti-terror laws in place, than it ever has before in history!

Yes, of course they're concentration camps. They aren't the unique subset of death camps that were invented by the Nazis for genocide, or even Arctic Gulag camps built for hard labor. But they're camps created to punish a whole class of civilians via mass detention without trial. https://t.co/c8edQna4Vf

Questions we must ask…

The method used to determine the level of extremism of a person is known to be analysed through a disproven science called ‘ERG22+’ , this ‘science’ has been implemented since 2011, without much critical engagement from the courts especially with the acceptance of the policy that encourages the removal of children through it.

The policy was firmly embedded within the law in 2015. What that means is that all public sector workers are now under statutory scrutiny if this is not implemented.  It is being applied within the system through coercive means.

Why is this a problem?

The theory that actually underpins the prevent strategy, ERG22+ is actually itself questionable in theory and practice and the authors that have produced it have acknowledged themselves that it is a working hypothesis and cannot determine risk. Yet still the government is using it in a systematic way to determine decisions that are now even impacting what is considered the most important and crucial pillar of society, the family unit. There has been no replicated research or peer review which brings into the equation far-reaching questions on ethics and validity. When a state dismisses ethics and bases its legislation on such undefined theories it is no wonder that the ERG22+ study has been withheld from the public under the guise of national security.

CAGE have always warned that this microscopic surveillance approach and policing behaviour will have consequences and impeach principles of human rights, eventually chipping away at civil liberties. This is evidently the case here. But what is most disturbing is that it has even made suspect the unborn child making the states approach literally from cradle to grave. If that is not bad enough, courts now use secret evidence in family courts so parents are not just told that they could potentially lose their children based on ERG22+ factors, but counter-terrorism police can actually submit evidence that neither the parents nor their lawyers have access to.

Laws should serve to protect us all especially the most vulnerable amongst us. This type of Orwellian behavior is really damaging to the relationship between the government and the Muslim community, creating mistrust and tearing apart the family unit. The lived experiences and trauma that is left behind is one that resonates deeply in the injustices that are being done here.

These issues have been called into question by psychologists, social workers, academics, and lawyers. The ERG22+ is still being used to determine the outcome of many, many family court proceedings.

Research Director Asim Qureshi has said, “We have found that many cases involving wardship of children in “extremism” cases involve outlandish Prevent claims that have lead only to a huge waste of public resources. Not only this, but the relentless pursuit of families is creating a new “normal” that is facilitating the extension of arbitrary state power through Prevent.”

Other governments have separated mothers and children pic.twitter.com/tvlBkGjT0h

Ghada, a young teenager was removed from her family for a year, leading to subsequent foster care, which had an adverse effect on her mental wellbeing and physical health. Ghada had been groomed online by an unknown woman who told her that she would find a medical degree in Syria at the fraction of the price in the UK.

Her father called the counter-terror police upon learning his daughter had endeavoured to travel to Syria. He gave the details of the woman who had groomed his daughter online, to the police, however, their attention was turned quickly toward the parents of Ghada and 7 other children in total. The very same parents who believed their daughter’s yearning to assist the people in Syria came as a result of her romanticising the idea of providing aid for civilians, victims of shelling and bombs. Her obession was born out of internet consumption.  She had apologised to her father, however, in the fear and panic surrounding the three Bethnal Green girls who traveled to Syria, the social services did not give respite to the parents despite Ghada’s father’s full cooperation with investigators into the ISIS recruiters.

Their home was raided, a media frenzy ensued, relaying slander about the family, their lives were turned upside down. Accused of radicalising their children for homeschooling them, and not allowing them to watch television. In foster care, Ghada was banned from reading Quran and barred from Muslim company. Her asthma worsened, she gained weight from unhealthy processed food, she could not attend school or study due to the attention and stress. Due to her physical and mental health deteriorating Ghada was returned to her family. Her father could not find employment and was offered merely £200 by social services, as a respite to compensate for the horrific ordeal. The family was criminalised despite offering to cooperate fully with what could have been a straightforward criminal investigation.

It’s fascinating how many dimensions and layers cases like these have that you won’t often find or read in the news.

Mark Rowley, the current head of counter-terrorism policing has said we need a “whole society response, to the chronic threat of “extremism”. This lead to 100 Muslim children being removed from their families. Think about that for a minute. Courts are removing children from their mothers based on ‘ideology.’

What’s worse is that the terms “radicalisation” and “extremism” themselves have never been defined, such ill-defined and vague terminology is used however the supposed risk of individuals alleged to be extreme, is exacerbated.

Karen Jayes, spokesperson for CAGE, told me, “It is crucial that as parents we challenge this policy and call for an end to PREVENT. This report is also a call to Muslim women to support each other, especially if one of us is going through this kind of an ordeal. As Muslims we can work together when our beliefs and the way we choose to raise our children, are under threat. This report is not another reason to fear, but to reach out to one another and build strength.”

The introduction of internment camps

The first camps to be called "concentration camps" were in Cuba in the 1890s. Here are some of the children who were held in them during what was described as a war on civilians. pic.twitter.com/6v7tMbrru4

What was echoed in the report, is the repetition of history when it comes to brutal amputation of families who come under scrutiny from the state for various reasons. Like the children in the US who are criminalised for being born into a family that owns a different kind of passport, to children in the UK who are criminalised for what they believe, their religious practices, and associations.

Siema Iqbal, a GP, and Co- founder of AvowOrg, a UK based organisation, Advancing Voices of Women to tackle Islamophobia, said, “I understand safeguarding. I understand keeping children safe. Who doesn’t? However, it’s not acceptable to use secret evidence and deny the rights of parents in order to remove their children. This is not safeguarding. Applying it to non-Muslim children to make Prevent more palatable is also wrong. Why should another community be penalised by a flawed piece of legislation? This needs to be challenged before more children are traumatized and families destroyed under the guise of “safeguarding”.

The social justice group aims to unpack the “opaque nature of the science” which is used to determine extremism so that it doesn’t result in severe miscarriages of justice. To all those reading this, whether you are Muslim or not, you should be outraged by the State’s overreach seeking to remove children from their mothers, criminalising families and dictating how and where people can practice their religion.