by Sultanah Parvin in Identity on 13th August, 2019 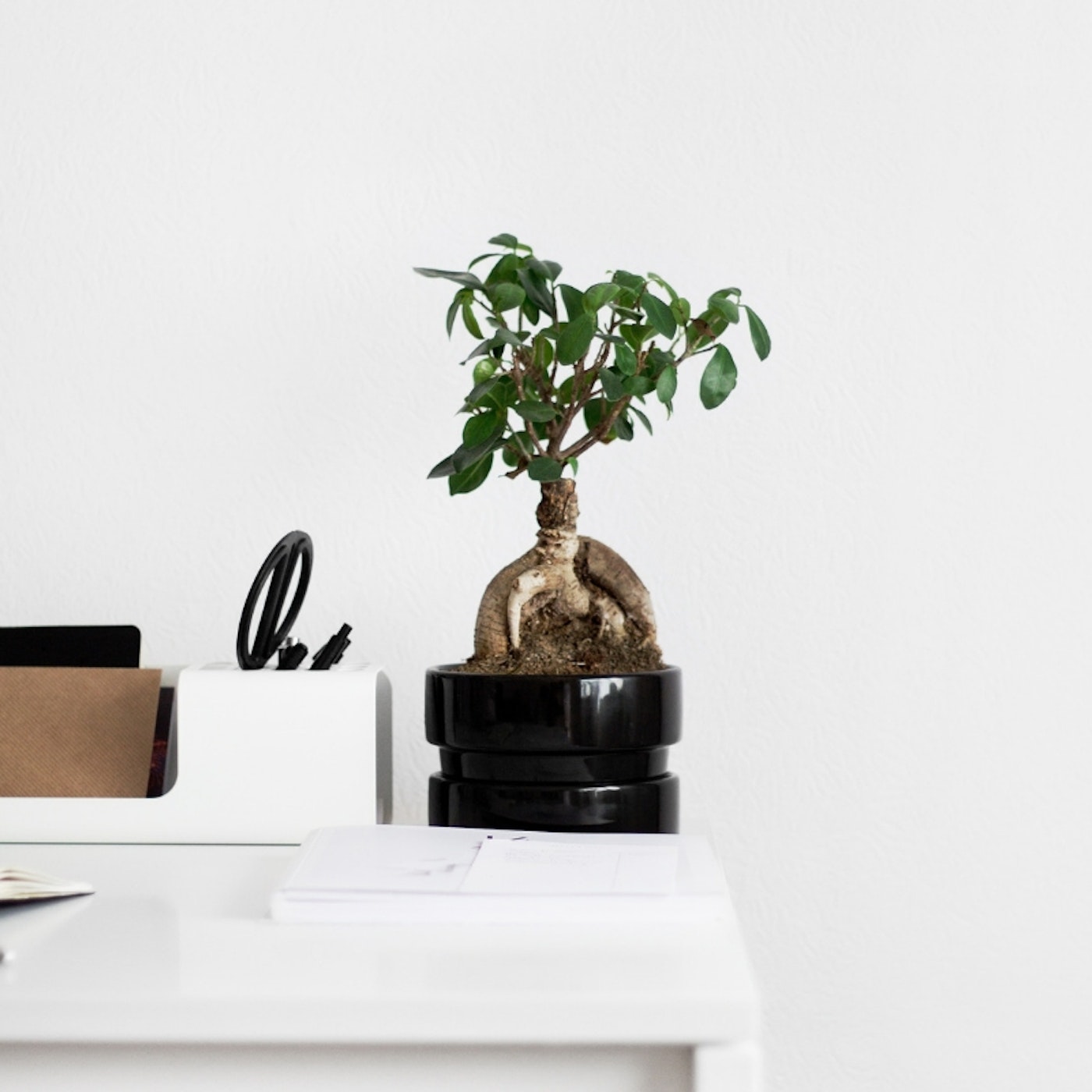 In the time I have consciously sought to gain closeness to God, I have been acutely aware of some notions that fly around me. They fly around everyone in the circle that I mix in. One of the most potent ones is about journeys to Allah, that they need categorisation. Such categories generally tend to be: you are either born Muslim who became practicing or that you converted/reverted. These attractive, neat boxes seem to help us understand everyone else. For many of us born into Muslim households, the struggle to uphold a sense of faith and spirituality has sometimes been at the cost of much. Sometimes losing all your peers and friends because they couldn’t see why you refused to stop partaking in social activities as you once did. Feeling isolated because you chose to cover your head even though none of the women in your life did too. Having teachers and elders put your every choice under a microscope, being told by male friends that hijab is pointless as they’ve seen you anyway and then proceed the friendship by continuing to push you away. I for one dealt with all the above. And mine is not an uncommon tale.

Thankfully some helpful discussions rise out of this ordering. One conversation is about the lack of real help and support emotional or otherwise,  for new converts. Those voices need to be projected loud and clear about how let down they have felt after the initial flurry of celebration lauded on them by the established community after bringing another’ into the fold of the Ummah. This, however, is followed by the pain many female converts have felt of having to navigate this path to Allah with little or no support. May their voices continue to be projected and may we equally hear them and respond fittingly. Ameen.

We own all the spaces we can to talk about ourselves. But there is one issue which needs peeling back, stripping down to its roots and examining further.  There is in some ways a myth that born Muslims had no journey back to faith and God. That it was easy. This is presented through an oversimplification due to the manifest nature of how diverse and varied that experience is. I agree and accept that there is a perceived stock experience. The one which says you are from one of the most established Muslim communities here in the UK. I started practicing from the vantage point of being born into a family and or a community who have helped to contrive some sense of belonging along the parameters of faith, maybe matted around culture also. All true. But for many of us, the journey back to Allah has been anything but this simple. It is slightly laced with tales of having to stand firm against one’s whole family to practice the faith we believe in because they do not. Sticking to five daily prayers for me has resulted in frustration and ridicule because at times it wasn’t the norm. It is met with looks of disdain and rejection as I chose to cover at social functions, in front of relatives that regarded me as their niece/daughter/sister and so forth.

In the case of someone I knew, she came from a background where her muslimness came into practice through her name and identity. She knew absolutely nothing of her faith at all. It was a wonderfully joyous experience for her.  She would secretly cover when she left the house as her mother was enraged by the sight of her hijab and threatened her many times with physical violence. Another acquaintance gave up her prestigious career because of the ensuing issue her bosses started to give her for adherence to her faith. Mostly because she stopped socialising in a way they regarded as crucial to the job. She left her job and started again.

These are but some of the few examples which make up the tapestry of the alleged monolith of the born Muslim experience. There was no cushion of the community to save us from this. And some of these decisions to gain closeness to Allah at the beginning of our journey have shaped the very way many of us born Muslims have also moved forward. Some of us- also experiencing rebirth or renewal of faith at different stages of our lives. As someone who came to start practicing my faith at the very heady heights of the Islamic wave amongst young men and women in the early 90’s- I  have watched the changes that have slowly shaped the millennial experience in how they assert their identity as Muslims and seek knowledge about their faith. Nothing was ever that simple it seems. Sometimes the things which are taken for granted now, such as access to Islamic knowledge and institutions, were just not so readily available at all back then.

I remember discussing the concept of culture without the presence of faith amongst young people of my generation some 20 years back. It was like an alien notion and we were indeed ridiculed at that early stage of our journey. The communities we have emerged from could not understand our insistence that their cultural practices were not Islamic, and they, in turn, felt affronted that we, (young people) were challenging this notion. This led to much backlash, rejection, and denial by our people and communities. Our youthful defiance challenging the status quo did not make for happy families. The stories of hard paths being trodden were everywhere. An Islam which was premised just on classical teaching was unheard of to some of our parents’ generation, and so it naturally leads to a lot of heartaches and at some points fracturing of families.

The notion for instance that you could marry someone of your choosing if they exemplified faith were alien in some quarters of the community. But with the emergence of a new Islamic identity separate from a previous generation’s definition. These ideas began to puncture through cultural attitudes. Many sisters and brothers then felt the full weight of having to deal with the fall out of such a stance. Forcibly taken back to their motherland to continue the cultural norms, was one of the outcomes. Things were not easy.

There are of course more complex challenges that are faced by born Muslims, much like other groups. The notions of belief and faith that they must navigate within themselves. It goes without saying that while born Muslims are almost entirely expected to have some firm grounding of their credal concepts around God and faith, some have continued to struggle on this path. A sister recently told me that after every Islamic course that she had undertaken- she feels even less connected to the Muslim collective or community here in the UK and struggles with the place of Allah swt in her life. Is this uncommon? No. It is I believe, a by-product of a failure to address some flashpoint moments in the experience of Muslims here in the West. Ideas around the faith Vs Politics, the place of women, notions of modernity Vs Classical teachings and those challenges leading to the further alienation of born Muslims as a result of being placed on feeling either on the fringes of these discussions and consequently sitting in their internal turmoil and confusion, in silence.

Issues of struggling with mental health issues can be one of the outcomes, birthed from a world that facilitates an overload of information at one’s fingertips while fostering a feeling of disconnection between the souls of the people in our lives. Muslims are equal stakeholders in this. The modern day most ‘profound’ scholar of our time-Google and his illustrious ability to make everyone a ‘learned’ scholar, results in the lecturing of others, the onset of the keyboard warrior-ship culture contributing to more alienation and polarisation in Muslim online spaces. Affecting everyone within them including born Muslims. We have hit a crisis in faith, felt by many Muslims irrespective of the house they were born into, the culture they lived by, or the clothes they have worn as identifiers. Our sisters and brothers feel the parameters of their faith, an intensely private and internal matter,  being constantly attacked, challenged, without healthy support to nurture questions, disbelief, doubts, toward something that will help reaffirm faith through dialogue. The feelings of disillusionment and have left us unable to make sense of who we are today. Making us an easy target for outsiders to tamper with our bond toward one another. All questions point to a need for a real untangling of our traumas, cultures, knowledge, and deeply entrenched set of belief systems. To indeed allow each of us the coming of age story every Muslim deserves and can live through to find Allah authentically.

It must be acknowledged that Muslims in the West have a whole set of challenges and lived experience which is unique to every one of us. Maybe the trick is to bypass the superficiality of speaking for or on behalf of this imagined group, and instead start asking questions and enter into a healthy dialogue about the varied and diverse experiences we each go through, to help enlighten each other to a million more worldviews than we began with. To uncover those stories and observe with the respect that these are the spaces we all share in faith. This is what makes us a real community.

Sultanah Parvin is a writer and podcaster. She has been active in Muslim circles in London over the past 22 years. She has written for Middle East Eye and Media Diversified as well as appearing on news channels to discuss issues from misogyny to securitisation. She is a public speaker on issues of race and faith and currently is involved in a grassroots project to inspire discussions around women and their visibility. She is a mother of 3 children and an educator by profession.