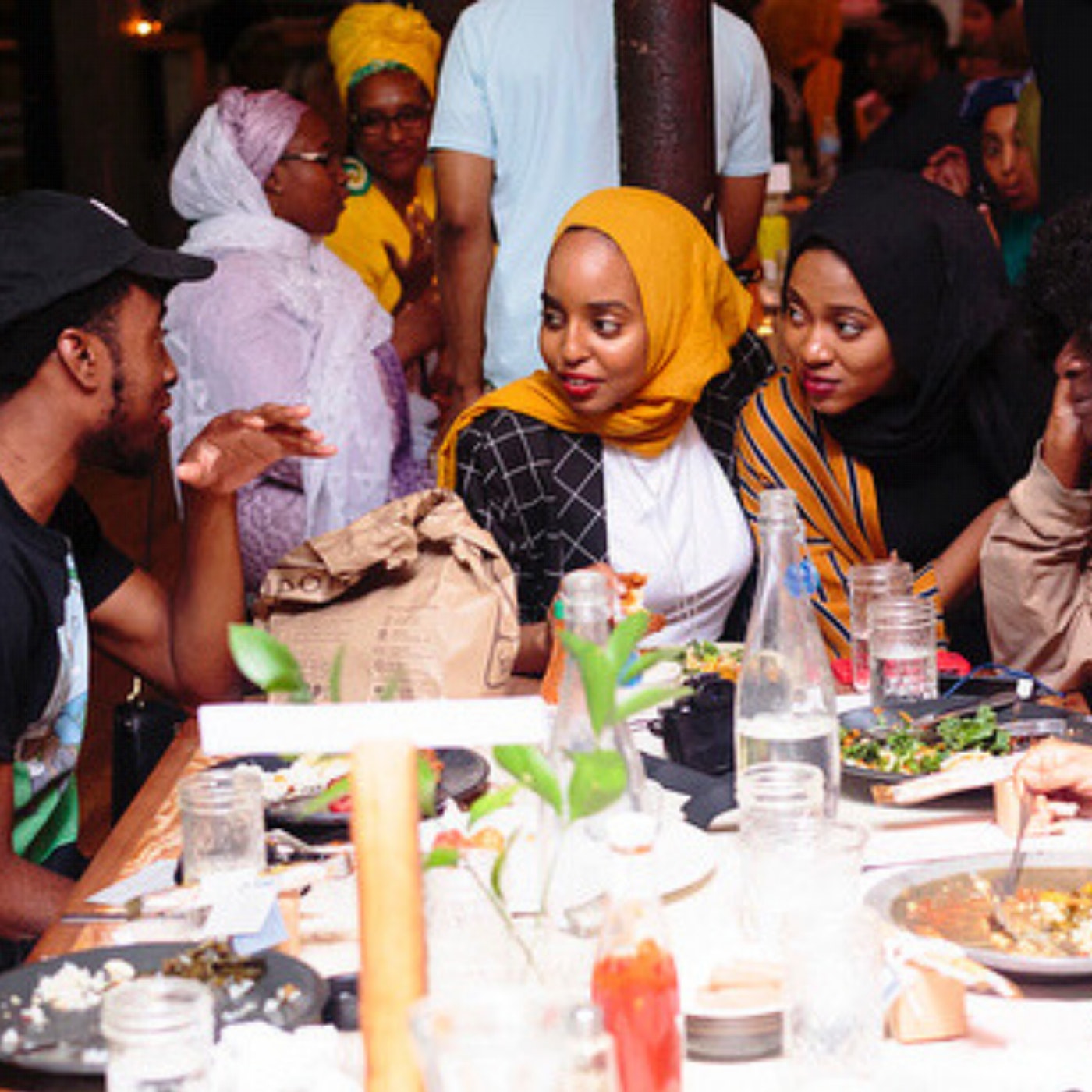 The #Blackiftar initiative was formally created by Samira Iman in 2015. It focuses the importance of creating purposeful spaces especially during months like Ramadan where the community comes alive. Delight and happiness is clear to see on Twitter. Whilst the events were created in the USA, we are creating the same spaces independently in the UK too.

“Black Iftar was created with the intention of celebrating a daily Ramadan ritual, the sunset meal with Black Muslims & their friends.”

For a full interview with the founder of #Blackiftar, read a recent interview by Ikran Dahir in Buzzfeed

Samira shares on Twitter that “Black iftar is a 100% volunteer effort led by black muslim women. Literally – the hosts thought, ‘this is dope, I want to bring this to my community & city too’, & are making it happen during Ramadan, while also fasting, praying, reading Quran, working fulltime, lovin on they fam.”

The initiative has its doors open to all during the month of Ramadan, including those of other religious groups. However, #BlackIftar wanted to create a space that importantly raises awareness of the struggles Black Muslims often face in community or mosque spaces, where needs are often met to a certain ethnic demographics over the Black Muslim community or spaces have not felt inclusive. The initiative has stated on their site that this is especially true of cities in the USA like Chicago.

“#BlackIftar was created with the intention of celebrating a daily Ramadan ritual, the sunset meal with Black Muslims & their friends.”https://t.co/YqNxaOSYpI

#BlackIftar is a diaspora delight!

I'm ready for #BlackIftarChi to be with beautiful people in an affirming & welcoming space! https://t.co/BxCN98XySq

Did you taste the Bean Pie at #blackiftar that I brought? What did you think? #BeanPieWars 🤣 pic.twitter.com/jMNYBlH4yy

As Young Adult Black Muslims in Grand Rapids, we feel just as the founder of this event, Samira Abderahman felt in Chicago.That our African Diaspora Muslim community needs an event to come together and just have an open space to communicate and get to know one another #blackiftar pic.twitter.com/sWgYbfPMuC

A short thread for NBPOC wondering if they should attend #BlackIftar lolll https://t.co/xI6WooJ4zC

Had a lovely time at the Black Iftar- Chicago
Shot out to Samira and team for a great job! #RamadanMubarak#BlackIftar

“#BlackIftar was created with the intention of celebrating a daily Ramadan ritual, the sunset meal with Black Muslims & their friends.”https://t.co/YqNxaOSYpI

The main purpose is to just create more friendships and bridges within our humble community. #blackiftar

So I hear people have beef with #BlackIftar and I want you to square up. Nah son. Not today. What you won't do. pic.twitter.com/5zA3bcUnbG

Some Muslims in the community have tried to shut down the idea of #Blackiftar but have been shut down, because there’s no space for that negativity!

And to any non-Black Muslims mad about #BlackIftar, shut the hell up. Y’all aren’t going to do shit. Y’all can’t fight and need to worry more about the deadly and violent harm you have caused to Black Muslims. Annoying asses. pic.twitter.com/ZsTNPdaXDF

Funny how Arabs and and Asians support Senegal in the world cup out of "Islam" but when we try doing #blackiftar and #BlackoutEID all of the sudden they're racist again.

You can’t pick and choose when to co-opt our black excellence.

Watch: We Asked the Amaliah Community About Their Eid Traditions