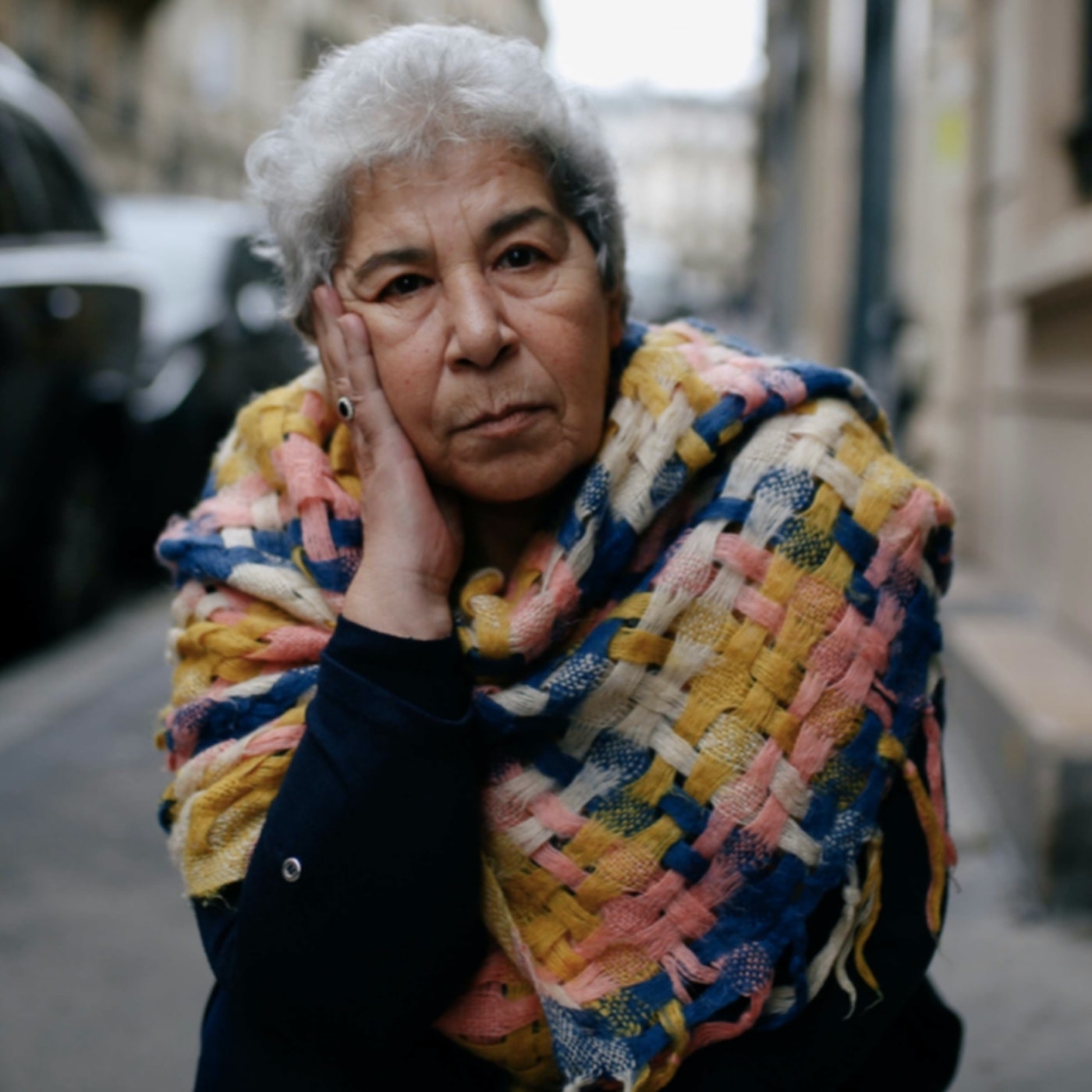 “What would you like to say to anyone with a negative view of refugees coming to the UK?”

‘If they knew Syrian people,
they wouldn’t want to let us go anyway.’

As a photographer and journalist duo, my sister and I aim to tell stories through our work. As much as we adore fashion, food, and lifestyle, and creating visual and written content that the masses will hopefully enjoy, we also want to use our voices to share and capture other peoples stories, that we believe need to be heard and seen. “Displaced “is the beginning of this journey, the beginning of a project that we hope we can take further in the future Insha’Allah.

We decided to document and capture the stories of Syrian refugees who are desperate to be reunited with their loved ones and those who have resettled in London. An estimated 5.6 million Syrians have had to flee Syria, creating the largest refugee and displacement crisis of our time. By 2015, 1 million Syrian refugees reached Europe and this number continues to grow till this day.  In this photo-documentary story we have highlighted two organisations; The “Families for Freedom” campaign and “Sufra” a local food bank based in North West London, which also has a refugee settlement programme.

Displaced explores how two different organisations are helping Syrian refugees in Europe. The Syrian campaign and Sufra, displaced aims to break away from the stereotypical representation of refugees and wants you to see these people as individuals who are not that different to you.

At the hands of the Syrian regime, many Syrians have either been detained or have forcibly disappeared. The “Families for Freedom” campaign aims to find justice and freedom, for all of the country’s sons and daughters. Their campaign states that “Our position is against enforced disappearance and arbitrary detention by the Syrian regime and all parties to the conflict.”

The Families for Freedom organisation uses a red bus, which is covered with portraits of the Syrian detainees and disappeared family members of the campaigners. Most of these women are activists, they travel nationally and internationally to spread awareness and place themselves outside peace talks for their voices to be heard. They hope that their final destination is Damascus, where they will no longer have to hang more portraits of their families on the bus, but instead be reunited with them in person.

Sufra, the second organisation we followed is a local food bank based In North West London and also has a refugee settlement programme. Sufra assists refugees as soon as they arrive in London, they provide them with as much help as possible from benefits advice to household appliances. They have resettled thirty Syrian families in London so far, a number which continues to grow. These are some of the stories of some powerful and inspiring women that have had to face adversity, but continue to fight for justice and a better life for their families. 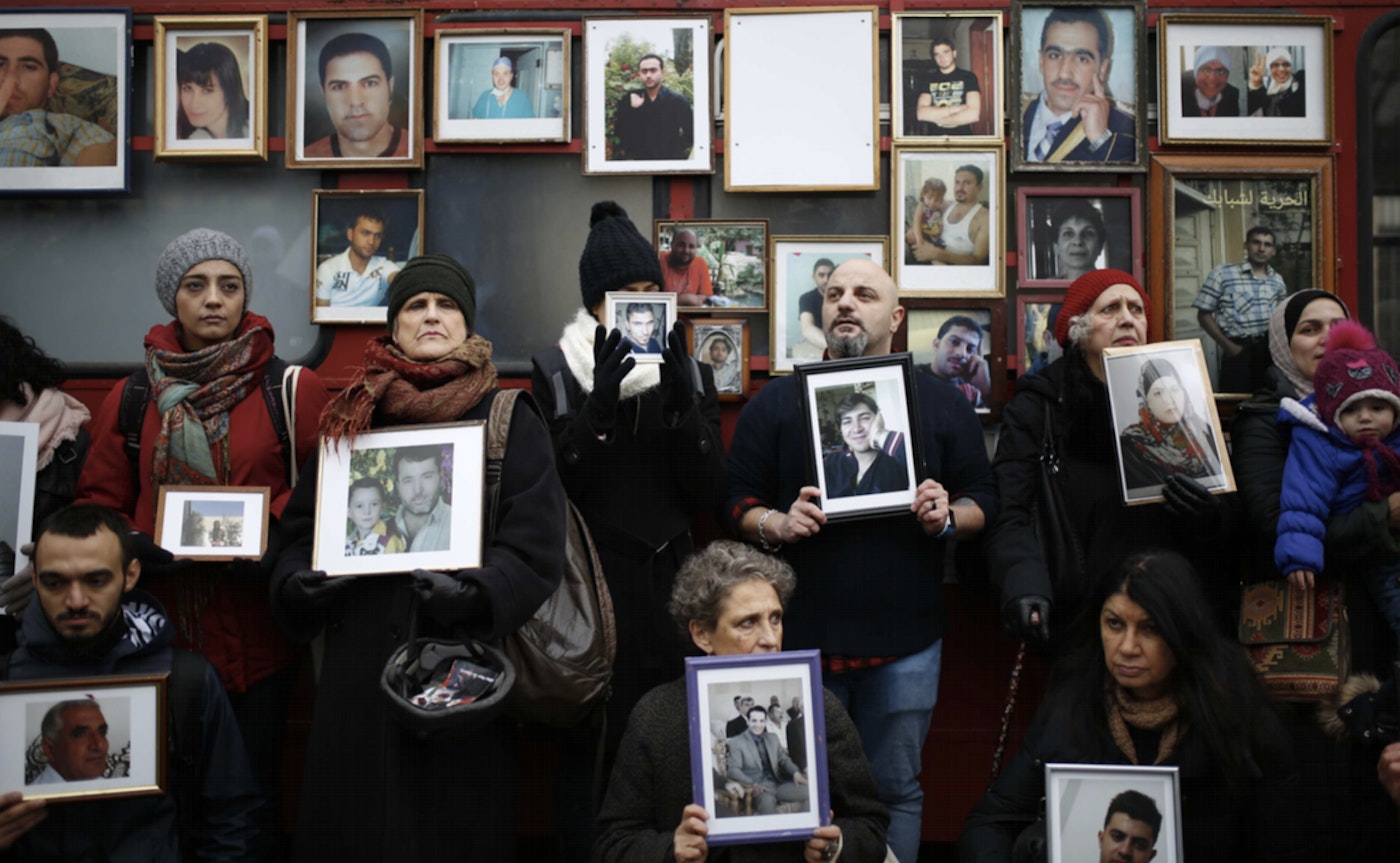 “Families for Freedom campaigners and supporters at their third stop in Paris.” 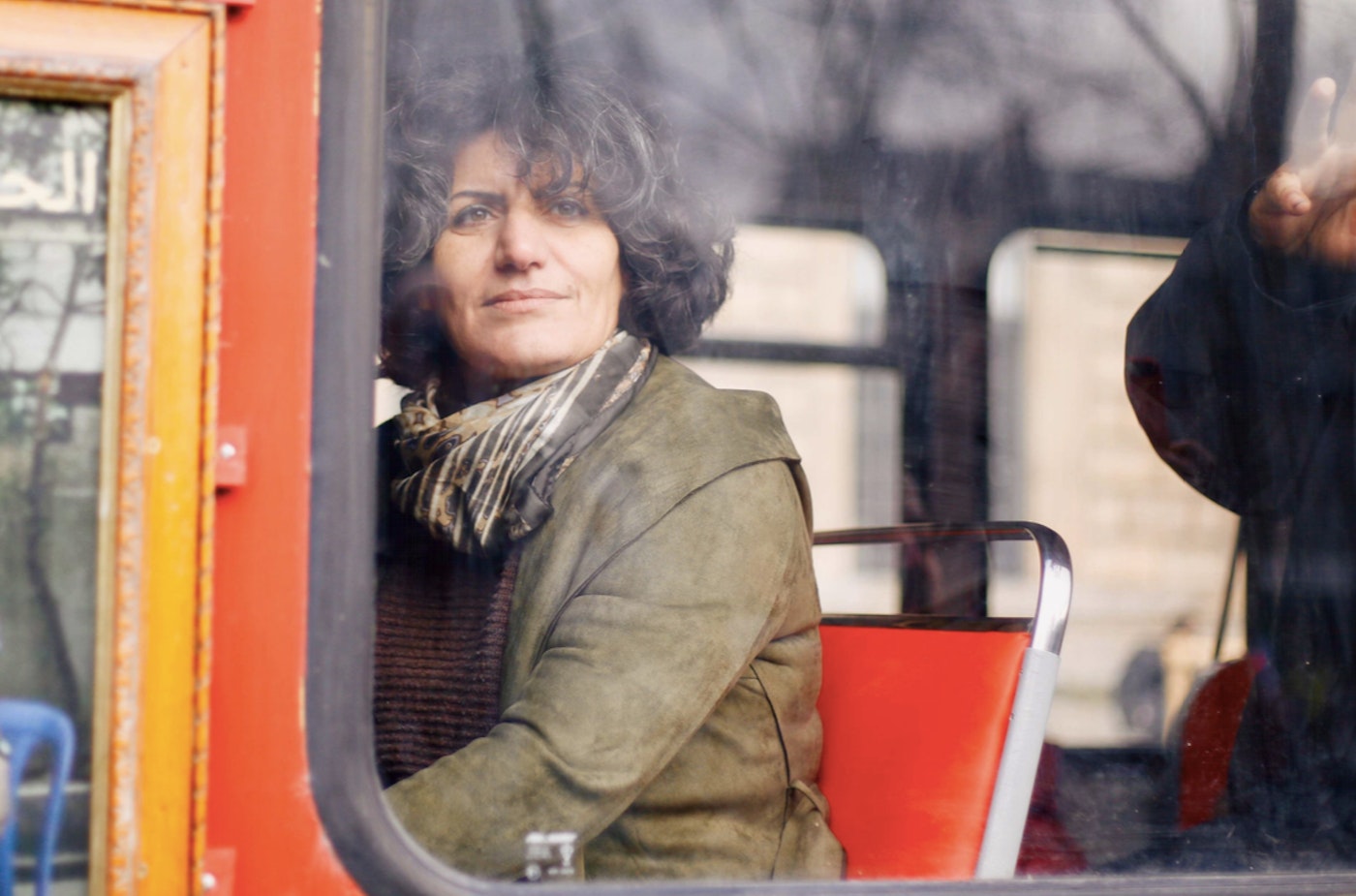 Farizah, last saw her husband on the 10th of September 2013, she describes what family for freedom Campaign means to her.

“Families for freedom means so much to me. I am with people who have the same pain as I have. There are such details that are only felt by people who are going through the same pain, the public solidarity is positive, but the pain can only be understood by those who have shared the same pain. I am part of a group of women who are making their voice heard, and through that I am going to be heard and get my lover back’. 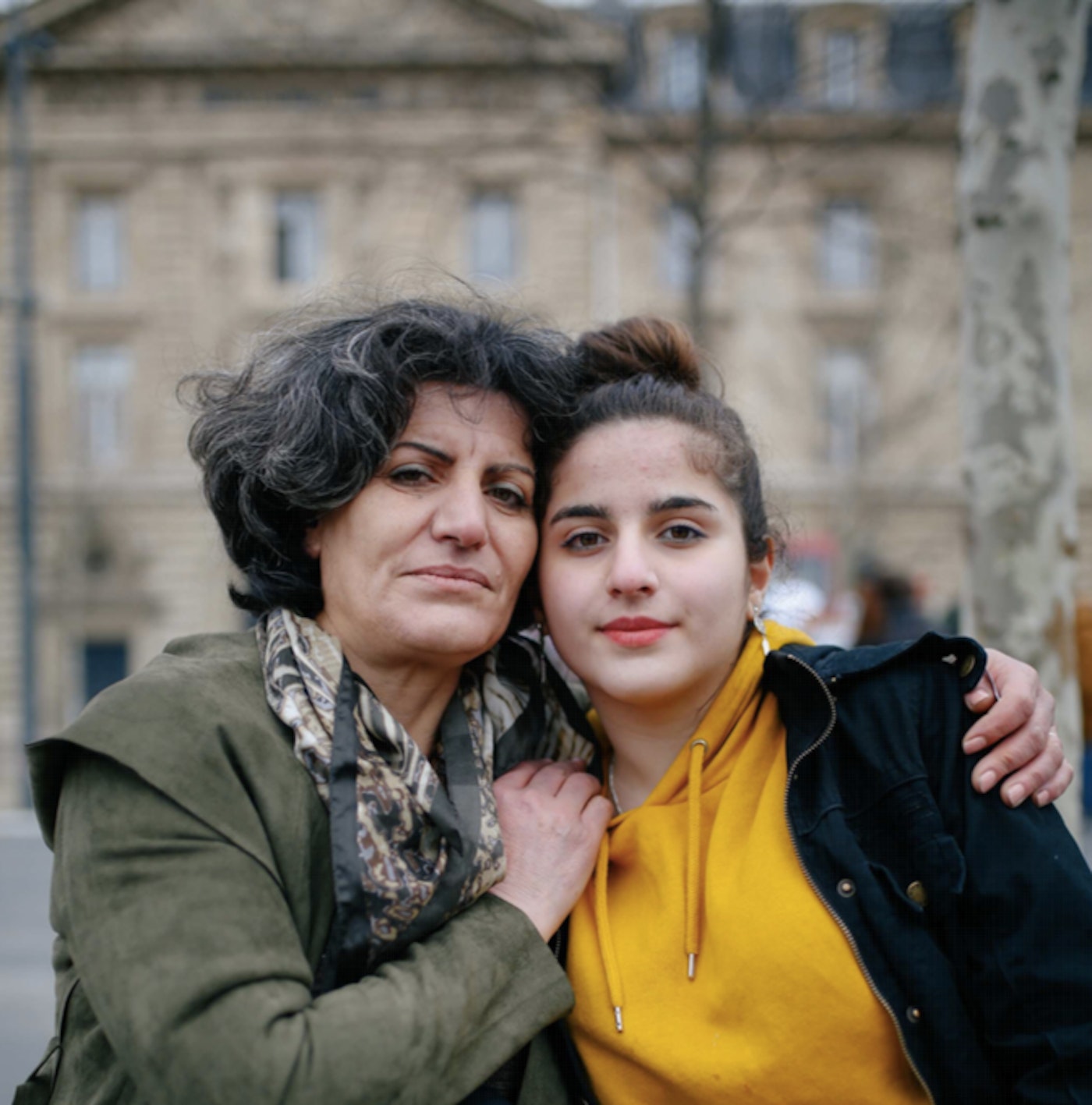 Fadwa Mahmoud, who is one of the founding members of Families for Freedom, son and husband are missing. She recalls her most precious memories of them.

“As a mother, every movement of his is a memory, when I see his photos of him smiling, I think that this is a smile that should not be hidden anymore.

For my husband, I remember his beliefs in his political cases and his political opinion before the Syrian crisis. He was detained for 14 years before his disappearance, I look at his pictures and from his eyes, I get strength and encouragement to continue. I come from a divided family, one half supports the regime and the other is against the regime. My first detention of many, in the 80s, was by my own brother, he detained me. My family says I am with the revolution because I’m doing this work. I say to them, being part of the revolution or not is irrelevant, I really just want my loved ones back.’

‘I believe as a doctor without achieving the peace to individual families, we cannot bring peace to the country, no justice, no release of detainees, there will be no peace in Syria anymore. We still hold the same anger and pain for a long time, it will not achieve any peace in the homes, families and not in the country.’ 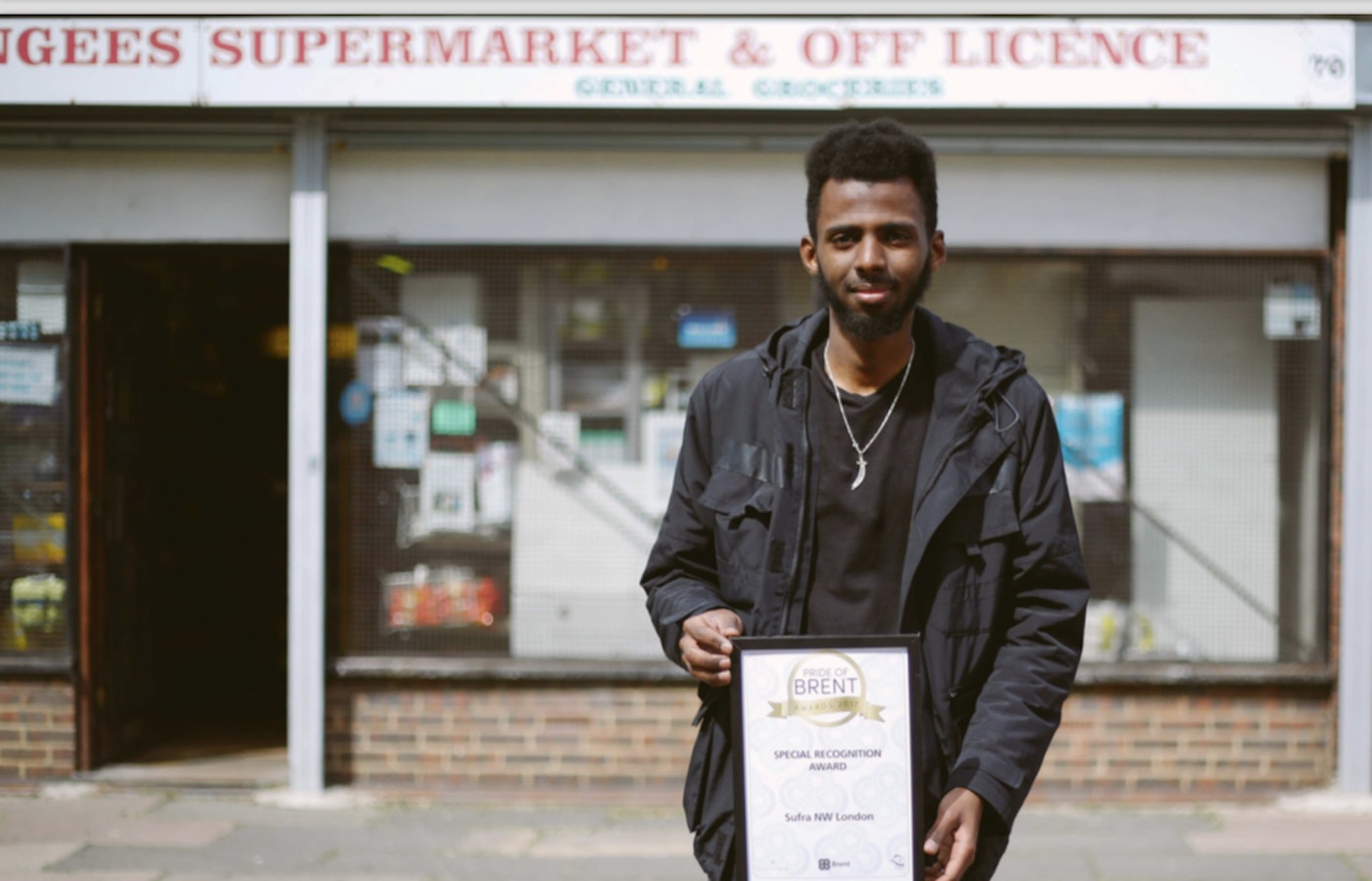 “After one Syrian family wondered into Sufra searching for help, word quickly spread. Ibrahim starts helping the families the moment they arrive in the UK. This often means that his face is the first they see when their plane lands and he becomes family.” 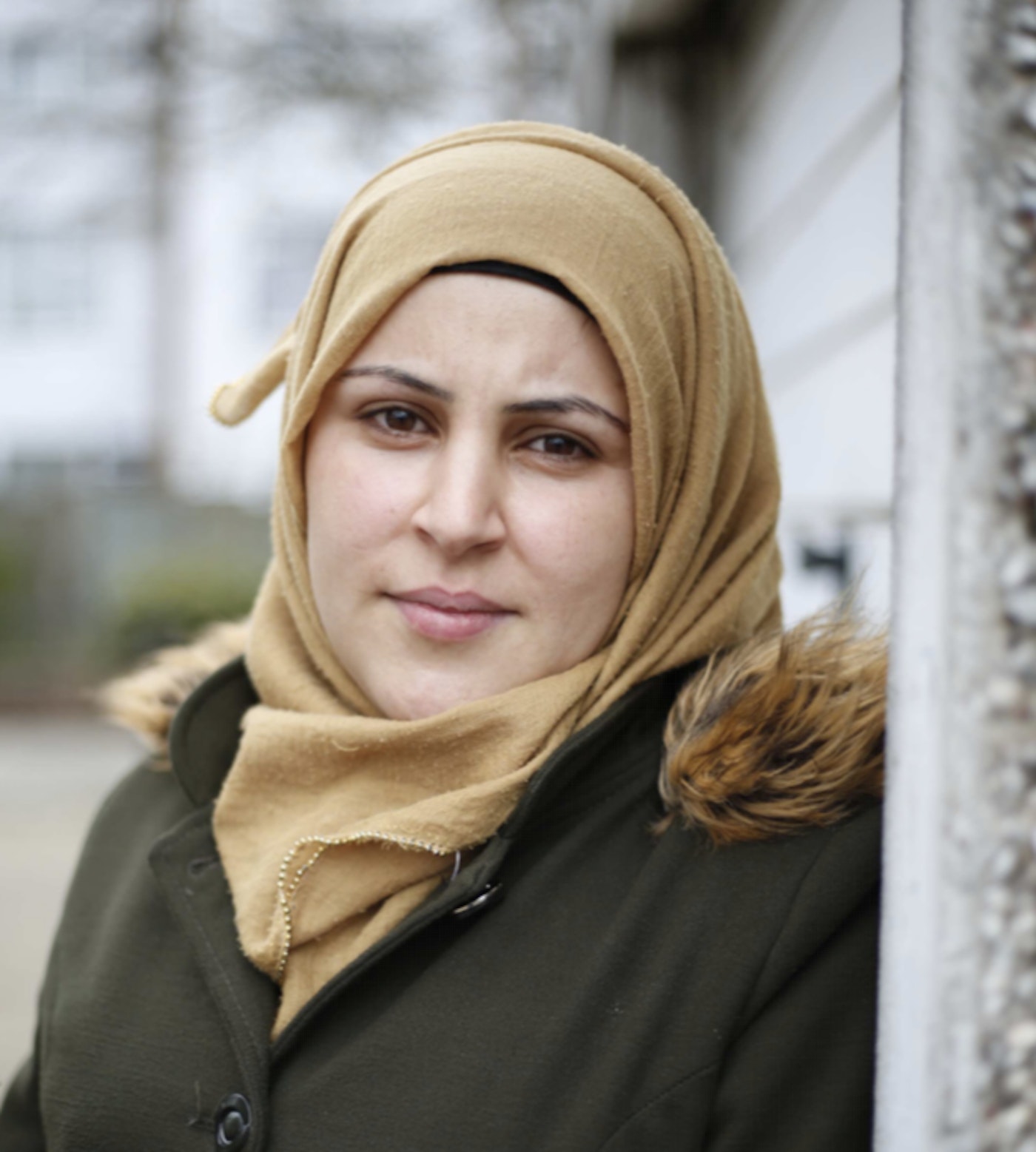 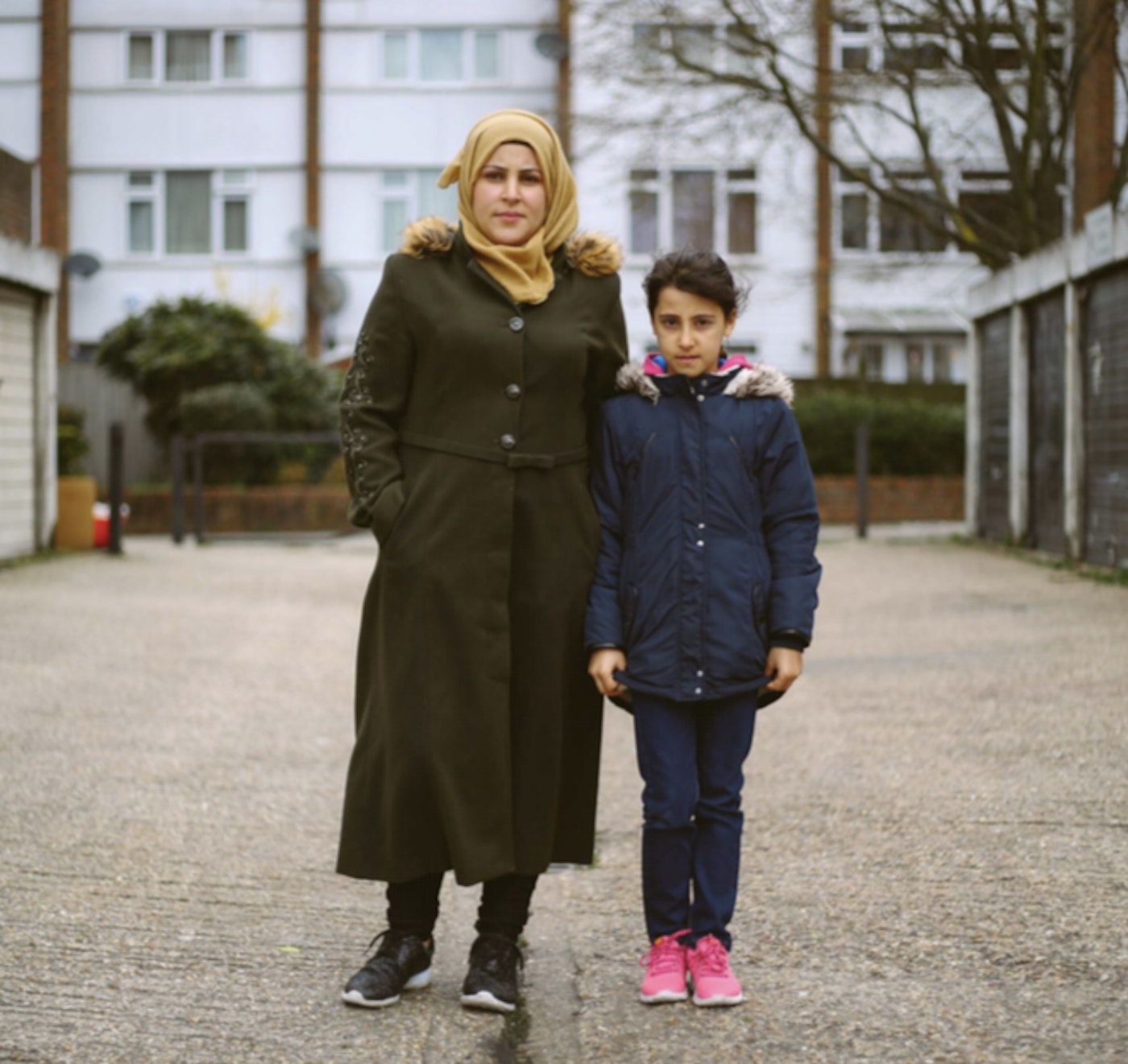 Majd Al Multaji and her daughter Ghazal. They have been in the UK for 4 years. She explains why she came to London, and what she would like people to understand about Syrian refugees.

” we didn’t come to this country out of love for Britain, we didn’t come here because we just liked the idea of staying here. We have been forced to come here because it is not safe in Syria. We tried to live in Lebanon when we first left Syria, but they have no respect for Syrians. They treat animals better than they treat Syrians there. We came here looking for the respect that we deserve, even though it is not our country, we are not here begging, we want to work. All we want is to be respected and we respect others if they do the same to us. We cannot change these people’s views of refugees, they can only change it themselves by seeing what we are doing here. We don’t want to be rich or have lots of things. We only want that simple life and to raise our kids the way that any parent would want to raise theirs” 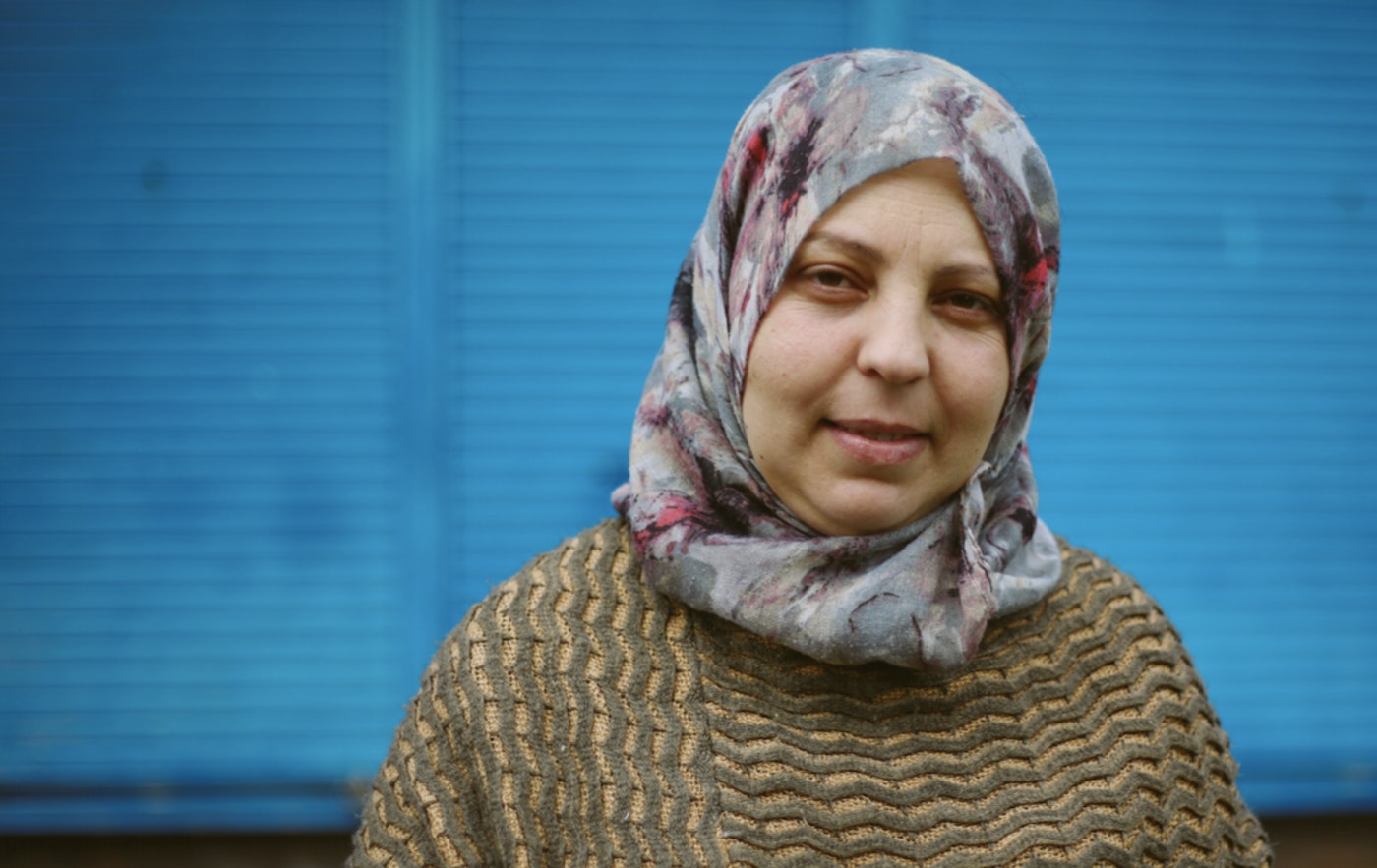 Hayat Abdullah, who has been in the UK for 9 months, recalls some of her most difficult memories of Syria.

“I can talk from today to tomorrow, and you wouldn’t be able to understand how much we’ve been through or know how it felt. I’ve lost a lot of people, my brother in law was killed under torture, they left his body in front of our house after they killed him. Once they came into our house and stepped on my son’s head, they told him to praise them as if they were God. They continued to step on his head whilst they had the rest of the family at gunpoint.” 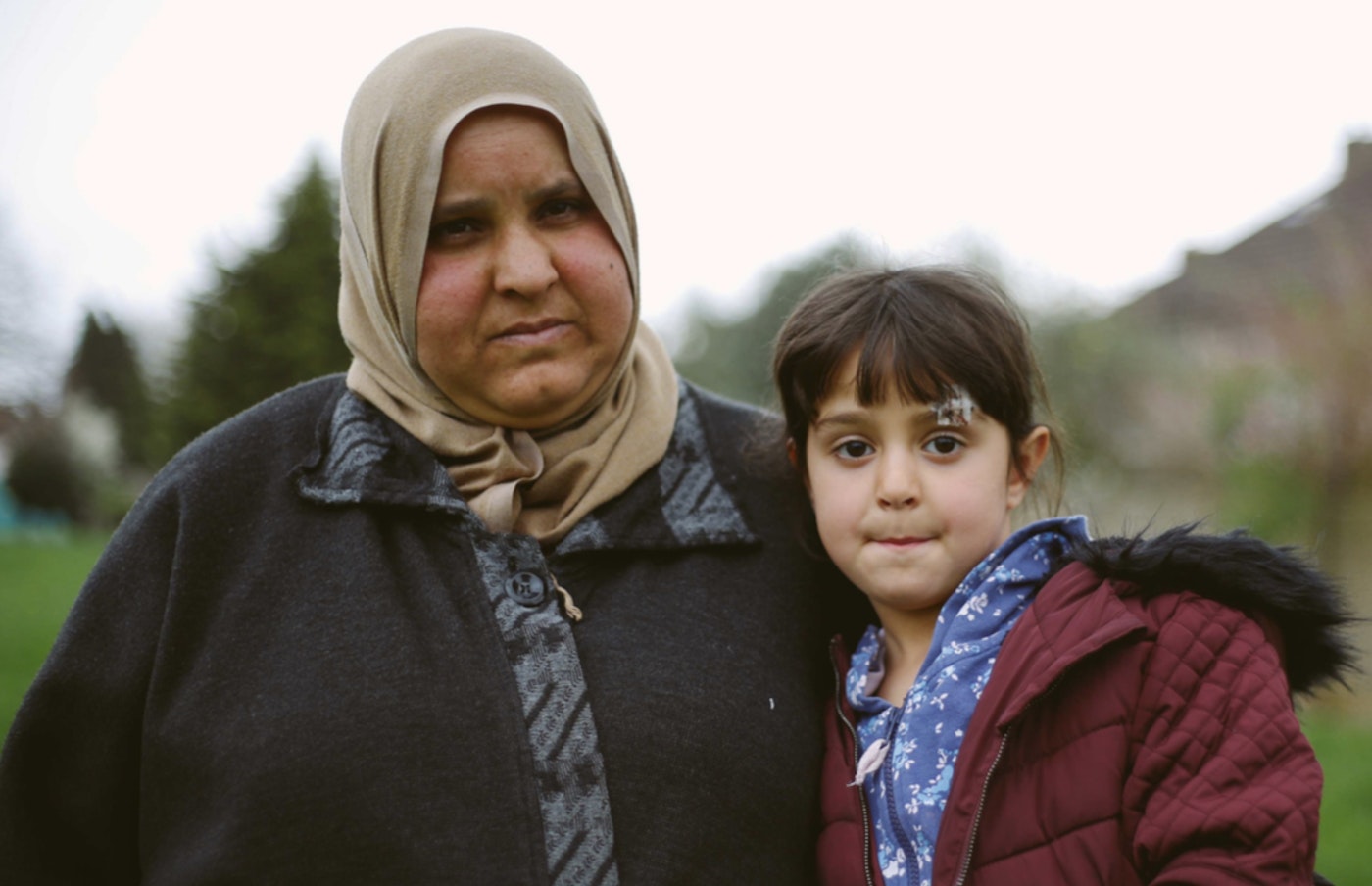 Sabah and daughter Fatima. Sabah has 13 children, her youngest is 1 day old. She recalls her most difficult memories of Syria and her hope for her country.

” My uncle and brother were missing and then two years later we were told they were dead. We didn’t know what to do. It has been a really hard time, not only for me but also for my kids, knowing their uncle has been killed by the government. It hasn’t been easy. I hope Syria returns to how it was. I have hope. Our lives were simple before, we weren’t worried about our kids. We just want our simple life back, instead of our kids growing up seeing their family killed or seeing what’s happening on TV” 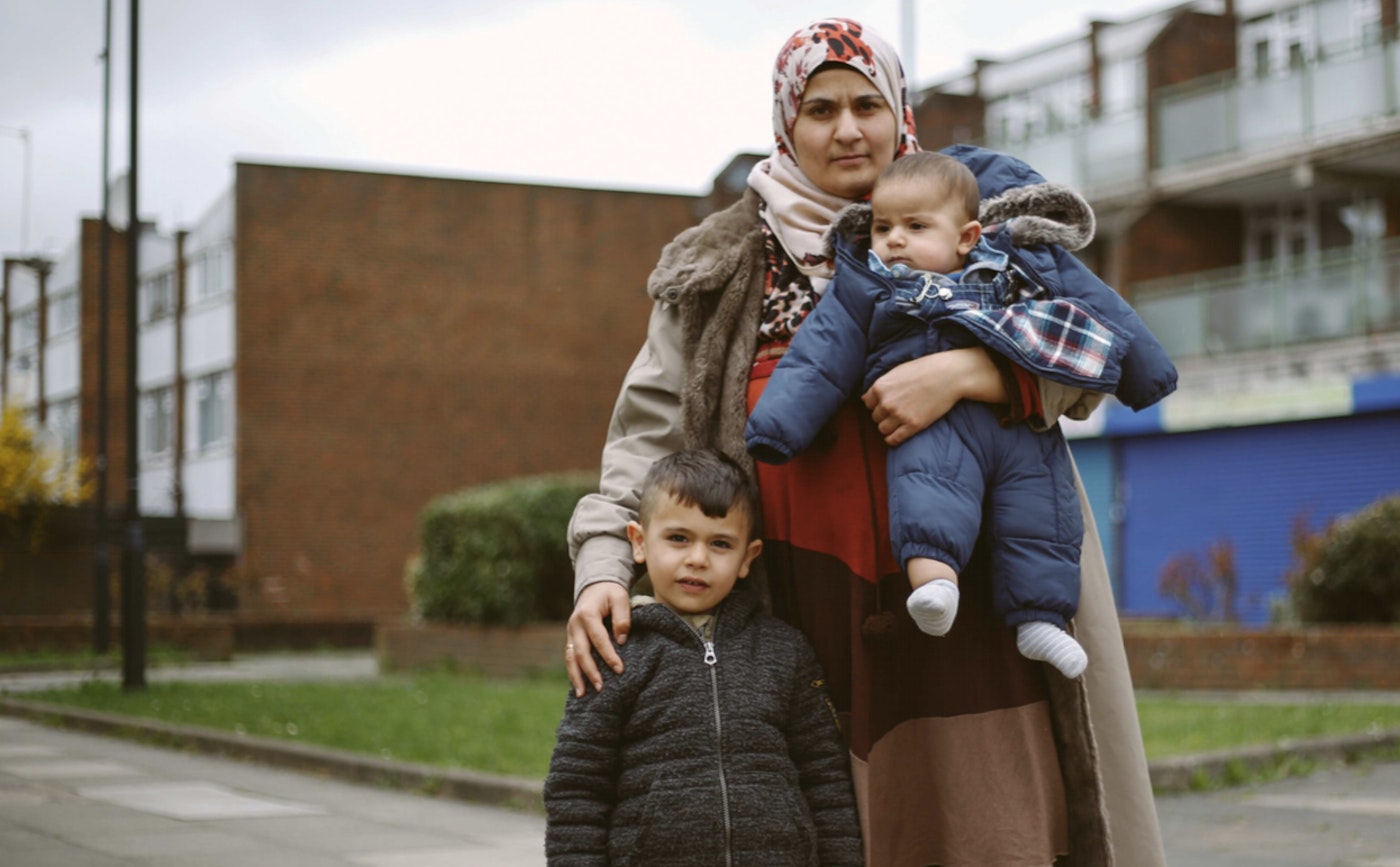 Maydah Al Saleh and sons, who lived in a refugee camp In Jordan for 3 years. 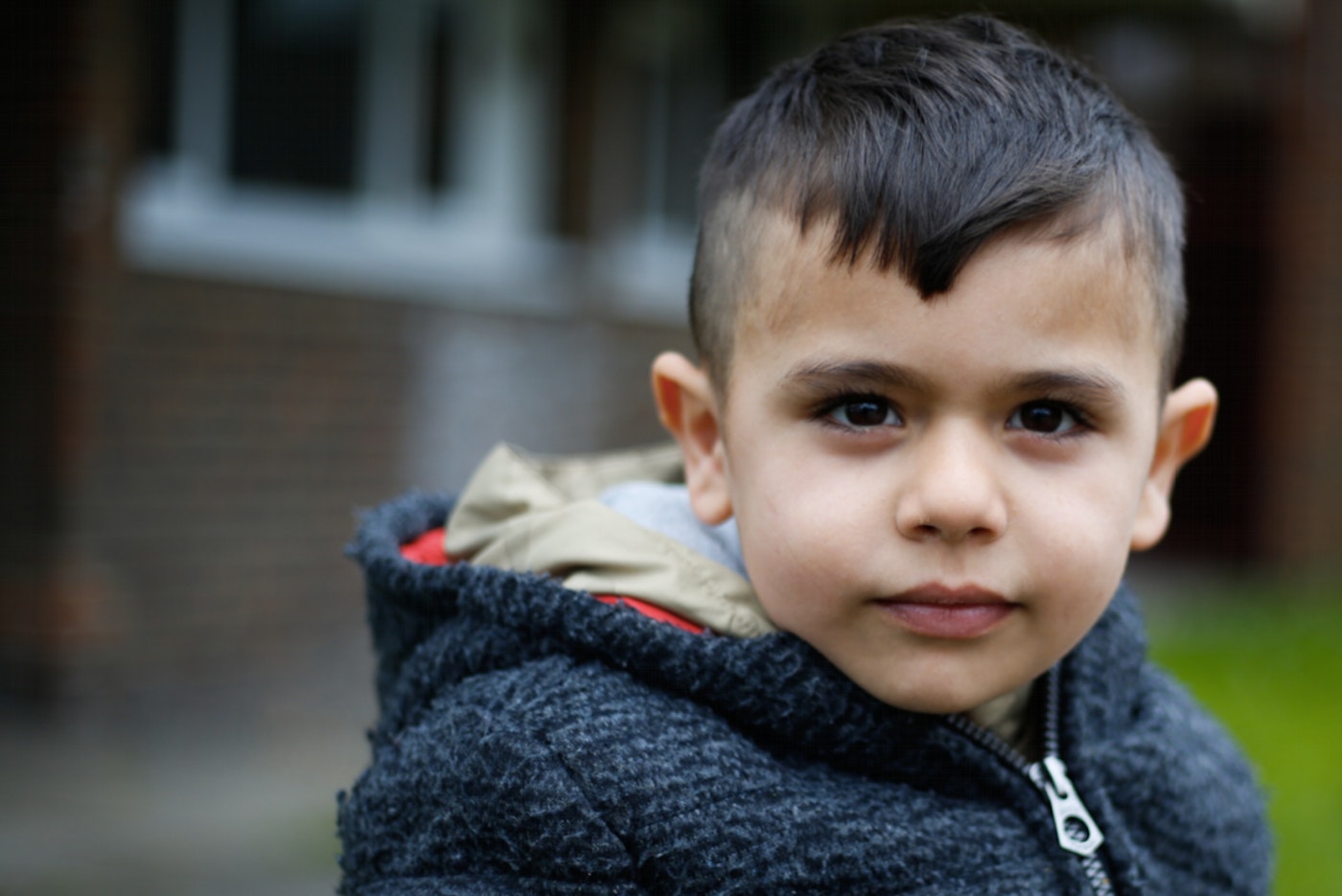 “My two Brothers, Dad and Uncle have been missing for four years till this day, no one knows whether they are alive or dead. Another brother of mine passed away as well. We can only pray that one day someone will call and say they are safe and all together. But honestly, we don’t know, it’s been so long, we have lost all hope. We lived in Syria as a wealthy family but after the war, we lost everything and coming here is our last chance to get back on our feet.” 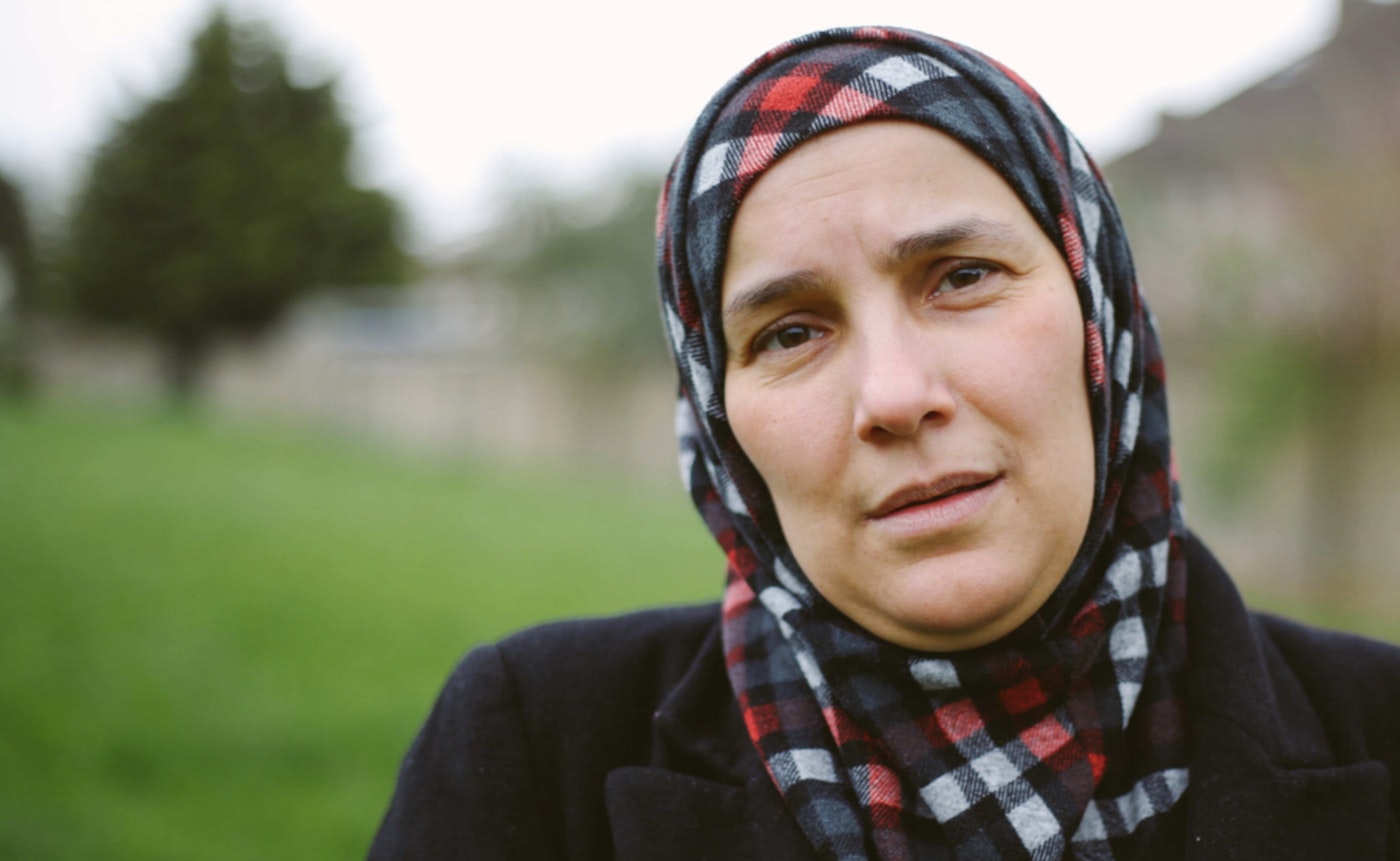 Imane Bakdaliah, who has  been in the UK for 4 years, recalls  one of her most difficult memories;

” I get nightmares of seeing my family being killed. I witnessed my brother, brother-in-law, sister-in-law, my two uncles and my dad being executed. When the soldiers came to our house, they lined them all up and executed them in front of me. I hid in a water canister, so they couldn’t see me. I couldn’t scream or cry loudly as I watched my family, the people I care about, be executed because they would find me and kill me too.” 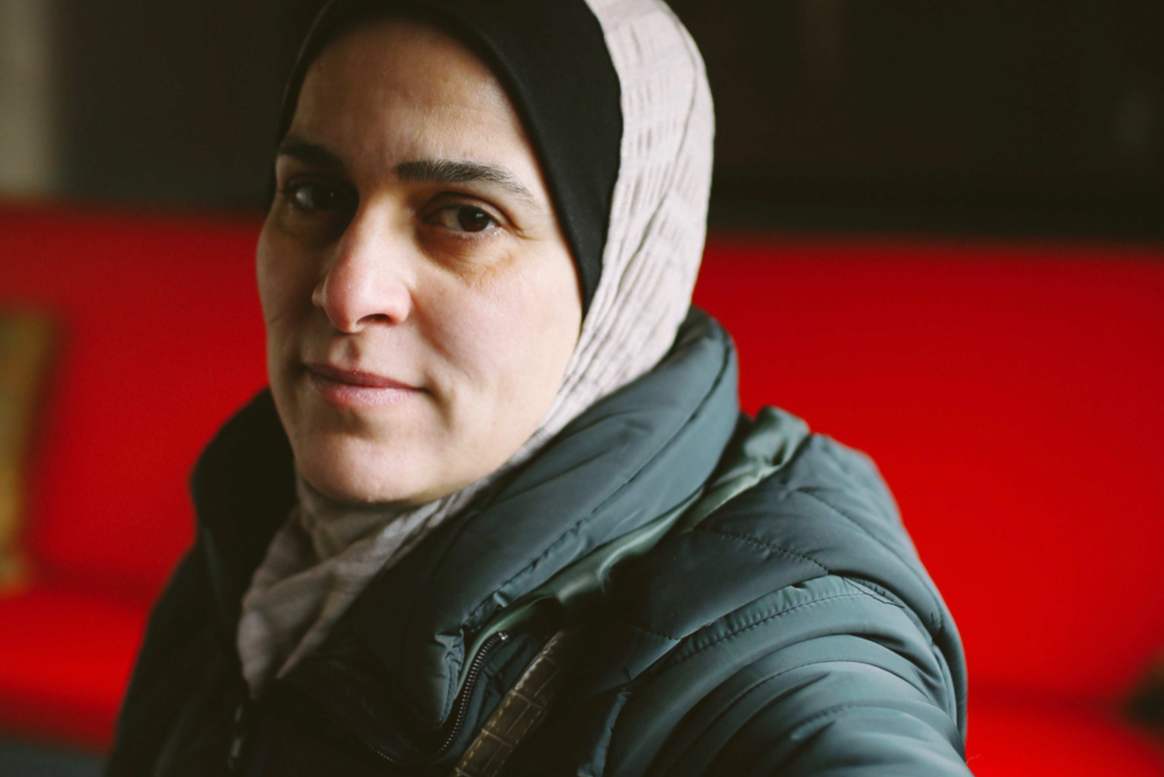 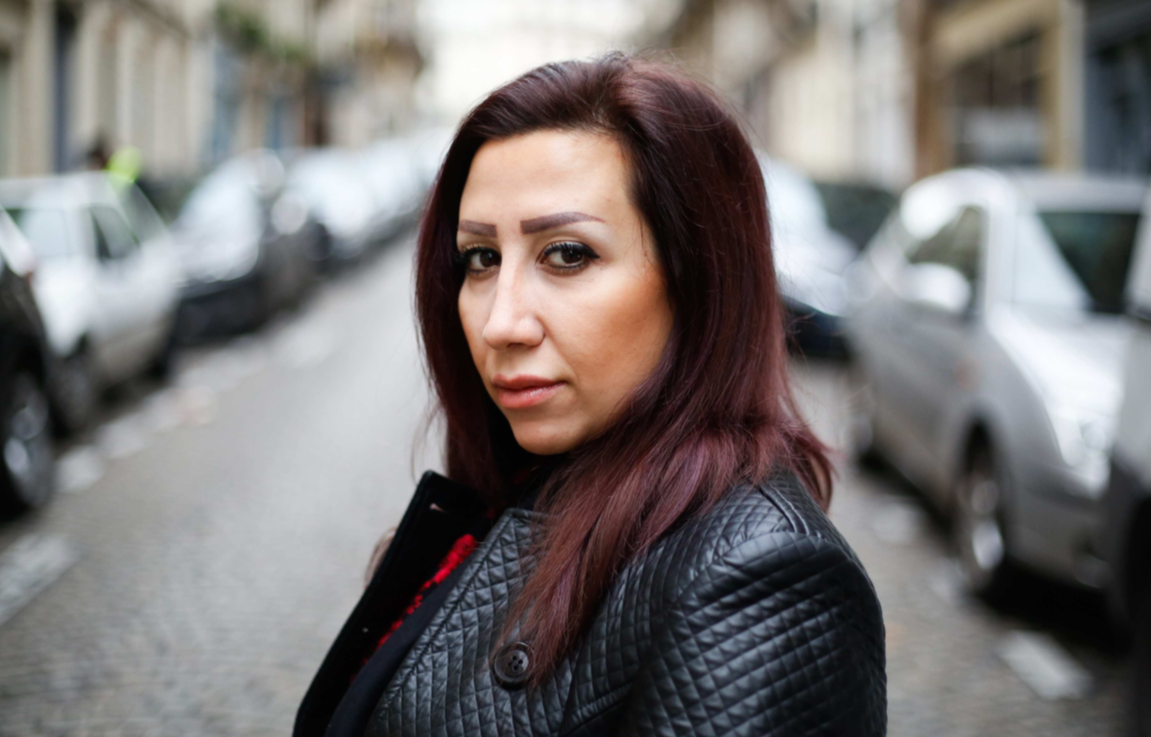 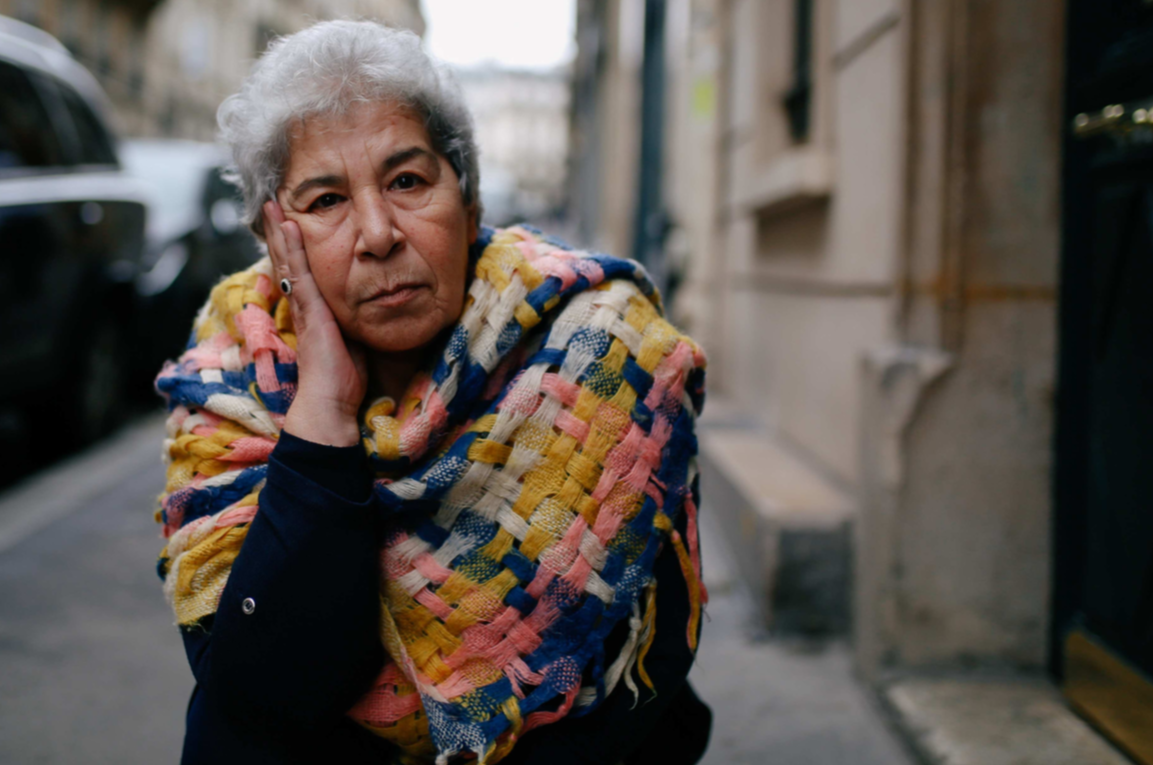 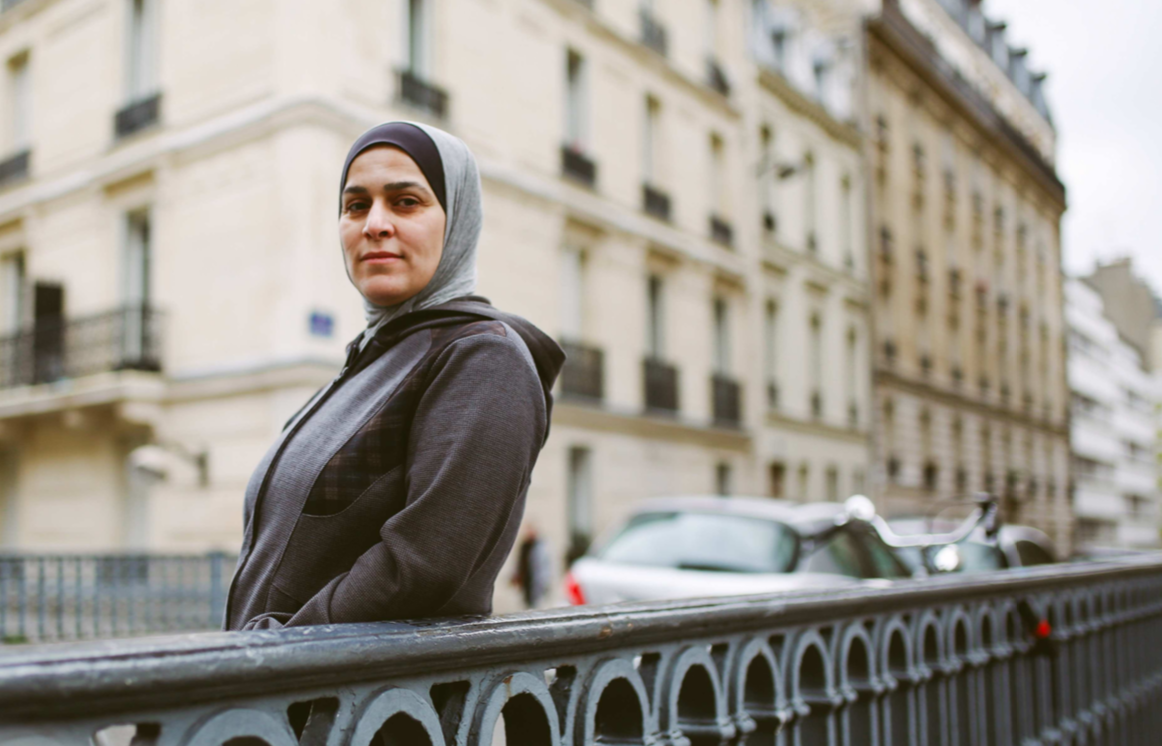 To view more of our work and to see the rest of the stories from Displaced, please visit our site

Noor and Zee are London based sisters, who make a dynamic creative duo. Noor studied Photojournalism and documentary photography, with her forte being street style and Zee studied Fashion Journalism, both at University of Arts London. They incorporate their individual and unique perspective to produce expressive and arresting work.