ISOC Netball Team Creates and Promotes Inclusivity on the Court 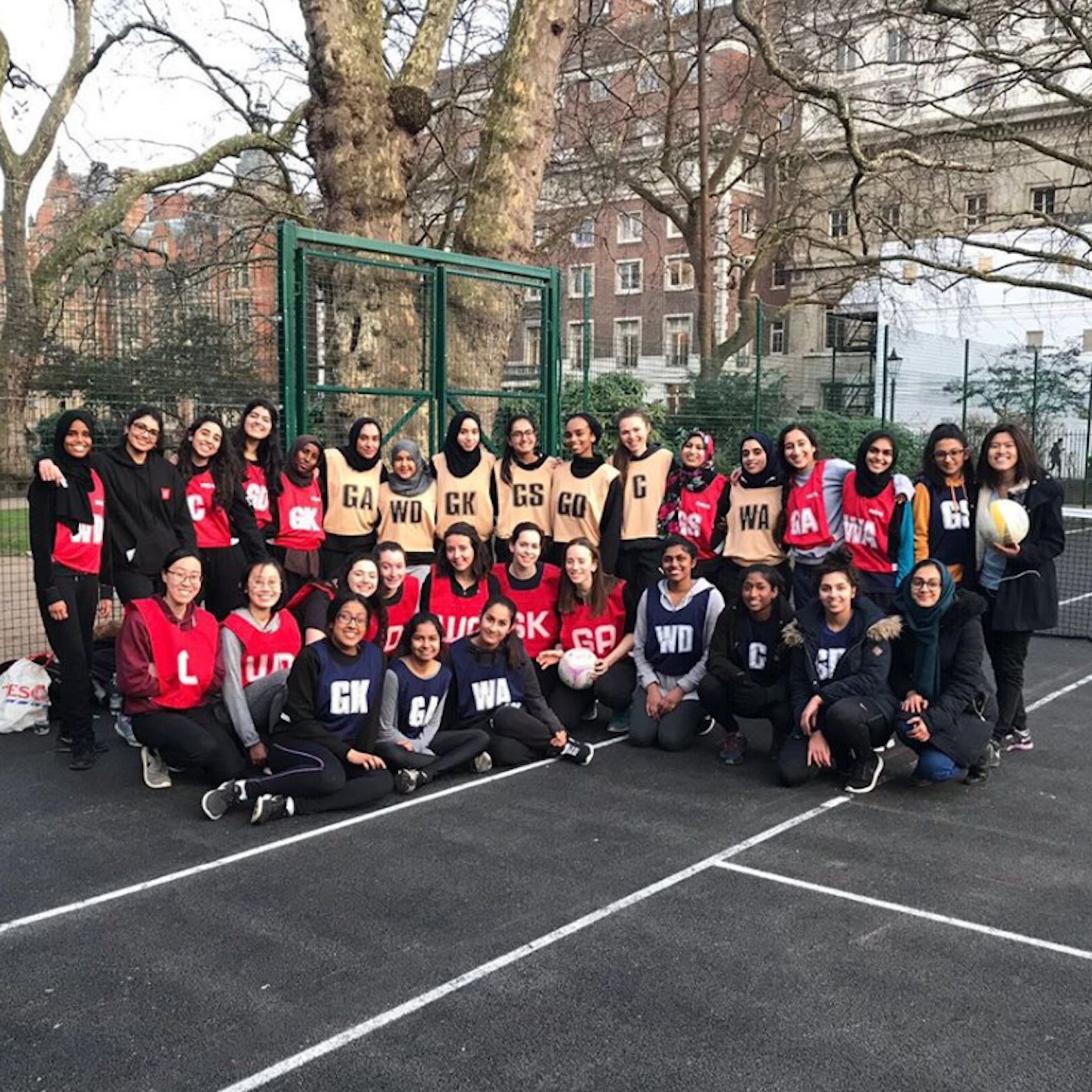 Sports societies at universities can often be synonymous with drinking culture, initiation events and wild nights out, which for many are not inclusive. ISOC netball was started by a group of students to challenge perceptions of Muslim women and use sport as a means of empowerment. The group of Muslim students aim to increase engagement in sports, connecting students across universities in the UK.

The club started at LSE and its popularity has spread to become an inter-uni ISOC club with UCL, City, and St George’s University. We spoke to the women behind the movement on uni life, sisterhood, and netball as a means to empowerment. Here’s our in conversation with, Hibah Rizki, Saira Mahmood, Faiza Siddiqi, Ranim Taha and Laylan Salih.

ISOC Netball has come a long way since it started last year- now an Inter-ISOC club with girls from 16 different universities across the UK taking part!We look forward to welcoming more members this year and uniting ISOCs across the country through netball!

1. Muslim women clearly want to play netball and engage in sports, why do you think this isn’t reflected in the sports societies at universities? What are the barriers to entry?

Hibah Rizki, Graduated from LSE in 2018

The recurring theme at universities seems to be cultural attitudes preventing female Muslims from participating in sport. Since there are very few culturally appropriate sports societies at university, female participation is often limited. This is down to factors like dress code, lack of encouragement to pursue sport and fear of judgment in social events. Some Muslim women are also held back by the prospect of mixed sports societies that would require them to play alongside men.

We have created ISOC netball to challenge perceptions of Muslim women and used sport as a means of empowerment. We aim to work towards health and wellbeing and to encourage friendships amongst a diverse range of people. We have worked hard to demonstrate that Islamic values/the hijab should not be seen as an obstacle to excelling in a sport. 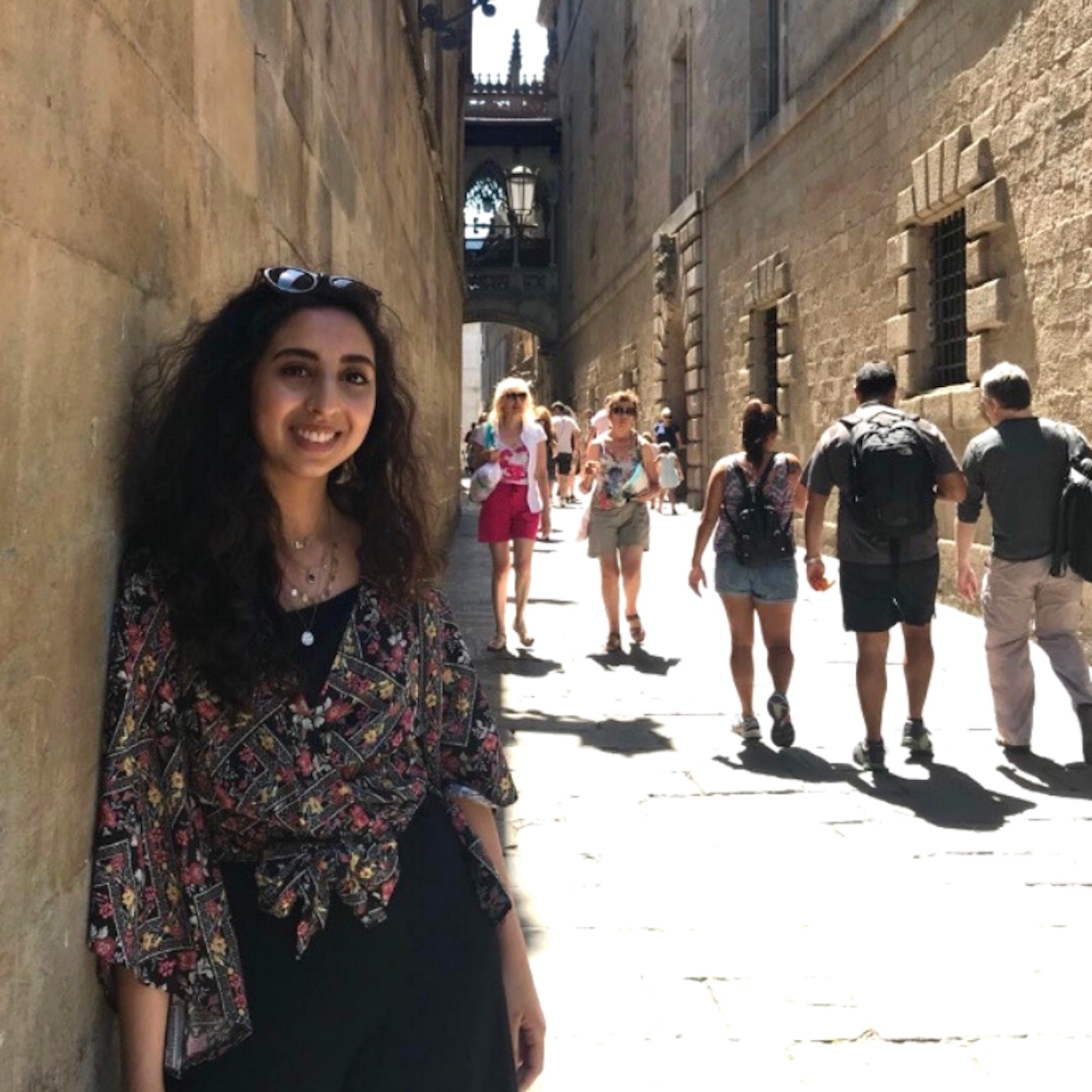 I had been playing netball for 9 consecutive years before starting university. However the thought of joining the university netball club never even crossed my mind.

Besides the predictable ‘non-halal’ barriers, I found university-level sports very intimidating. You hear a lot about inter-university competitions, trials, leagues, and A teams and B teams so it sounds very very competitive and serious. Although I had been playing netball before as part of my school team, it was mainly because I thoroughly enjoyed the sport and had fun not because I had to win (although I am very competitive!). Now once you get past all of that you get to the main factor which deterred me and many of my Muslim friends: the sports night socials.

Every week the athletic clubs all go out for socials and team bonding and drink a lot of alcohol. Obviously, this isn’t compulsory and a student could take part in sport and not go to the socials but it’s fairly likely that the student would then feel left out and not be as close to the rest of the team as they are with each other…aka she’s experienced FOMO.

So rather than put myself in a situation where there’d be a possibility of me considering to go along to those activities, the logical thing to do was take a step back and say goodbye to sports.

Furthermore, there are other barriers that although seem small, make a huge difference when they’re gone. These include taking breaks for prayer, bearing in mind that some players are wearing hijabs and giving them an opportunity to adjust them (chiffon scarves can be a nightmare during matches!) and letting the players wear sports clothes that they’re comfortable in.

Faiza Siddiqi – Graduated from LSE in 2018

The sports clubs at the university are nowhere near as diverse as they should be!

I think many Muslim and BME women aren’t engaged in sports because there’s nothing out there that appeals to them, and that doesn’t involve drink at some point!

While there is a push to have more ‘alternative socials’, I haven’t really seen it take off, and as such was skeptical about whether or not they actually existed! Setting up ISOC Netball was a way of uniting sisters across universities who wanted to be sporty and active but just hadn’t found somewhere to do this. We want everyone to feel comfortable and included – we’ve even had a few rock up in an abaya and own the court! We want to cater to what others need to enjoy sports! 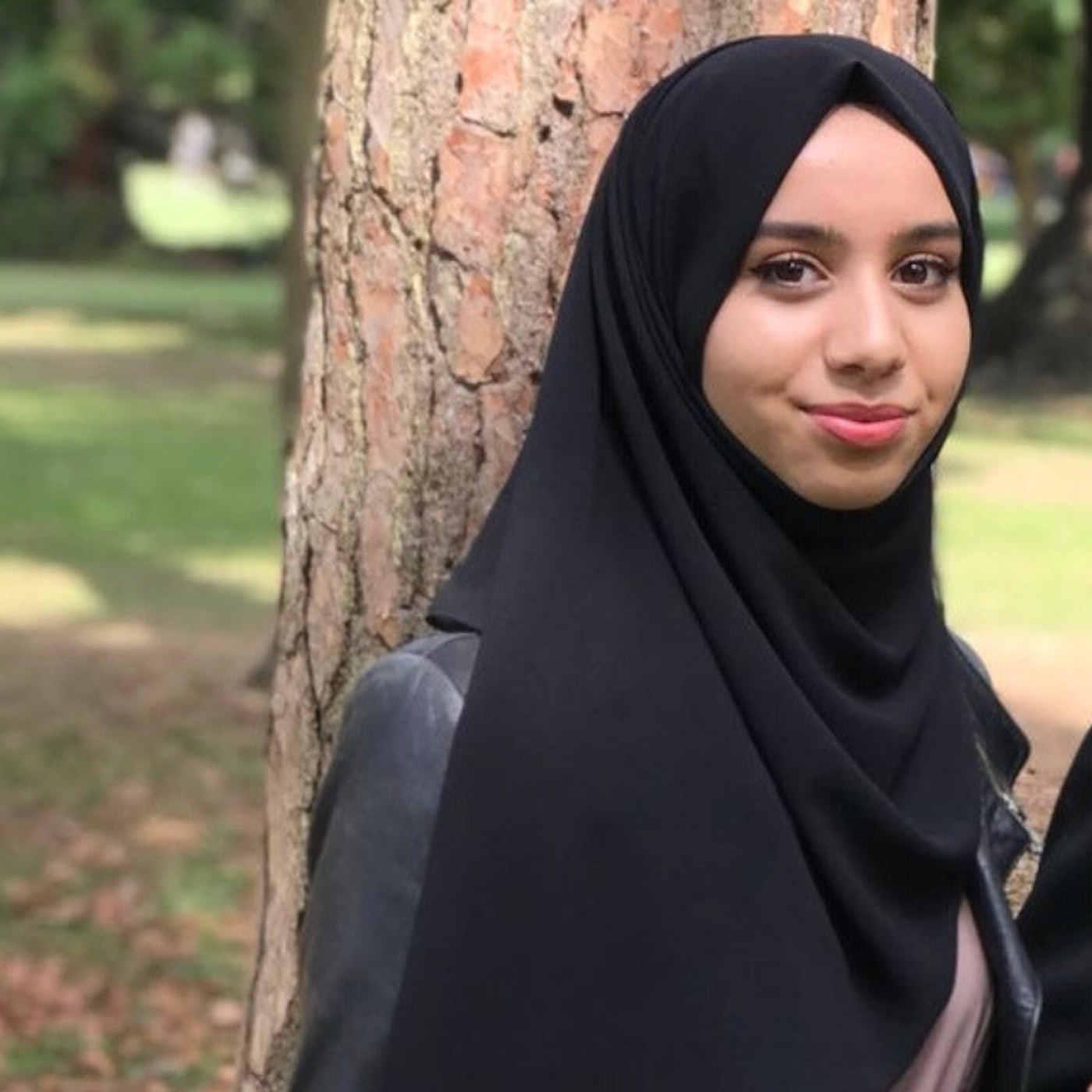 2. How can uni life be enhanced for Muslim women?

Hibah Rizki, Graduated from LSE in 2018

I think this question should be rephrased to say “what can Muslim women do to enhance their university experience?” to which my response would be to get involved in a range of societies and challenge the notion that being Muslim restricts us in having fun at university! It’s essential that we are well integrated into university life and get to voice our opinions on platforms that will inevitably help break down the false perceptions of Muslim women.

Faiza Siddiqi – Graduated from LSE in 2018

Opportunities. Create opportunities and you’ll be amazed at how much something can grow. Throughout my whole university experience, I searched far and wide for a girls club that I could join when finally I decided to just start my own!

Look forward to seeing you all next week!! We’ll be having two sessions – on Monday and Wednesday! Make sure you’re there 🙌🏽

Clubs like ISOC Netball are a great way to get students involved in sports if barriers are stopping them from doing so. I think at the moment ISOCs are doing amazing things for Muslim women. Just the fact that it serves as a way for people with the same beliefs to meet each other and hang out is significant.

In my opinion, the main difference between the ‘average’ uni student and a Muslim student is the role that alcohol and nights out play in university life.

However, we’ve worked around that by having ‘halal socials’ and I think that’s such a great way to still have that team bonding but without going against our beliefs. 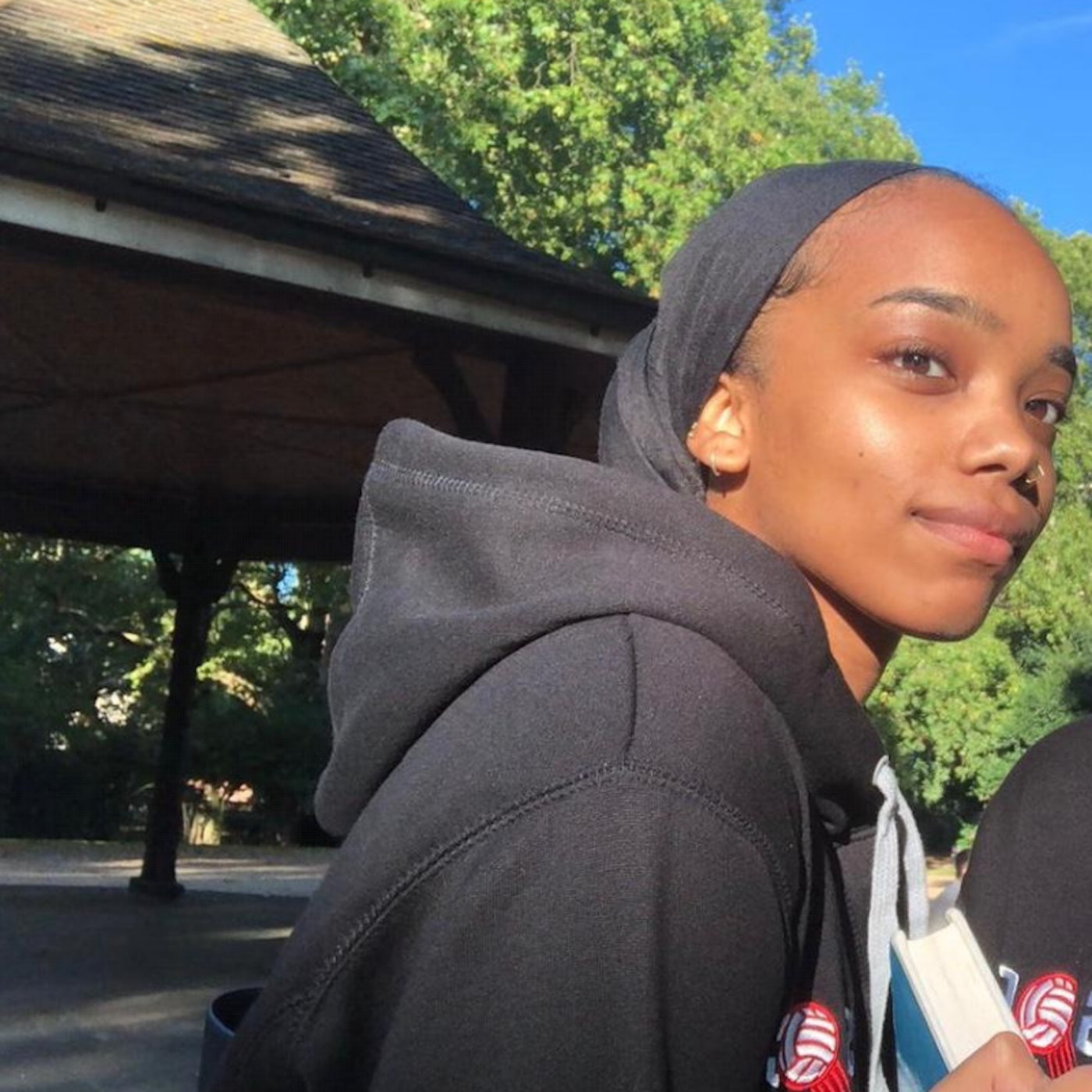 It’s never too late to join! Now in my final year at university, I genuinely regret not getting involved with societies and sports from the beginning. As a result, I felt like I honestly did not make the most of my university experience, an opportunity I’ll never get again! That’s why I decided to join ISOC Netball even though I hadn’t played it for many years and I can’t express how glad I am that I joined! Not only is it great for your health but you’ll also get an opportunity to make new friends and do something other than study during your time at university. Now I finally have a reply to anyone who asks me why I qualify for my Wednesday afternoons off.

3. How do you think this ties into sisterhood? You mentioned it being a way to make friends?

Ever since I joined ISOC netball, I feel like I just talk about it in cliches. But we’re honestly one huge family. I didn’t know it was an inter-uni club until a few weeks in and it has become my favourite thing about it.

I struggled with making many friends during my first year at university, but ISOC netball introduced me to many girls from so many universities across London. Some of my best friends are from different universities and I met them through netball.

We have our own ‘halal socials’ and it’s been such a great way to bond with each other and get to know the girls properly. Just a couple days ago we went to Go Ape and had such a lovely time. It’s truly empowering to see girls from BME backgrounds being able to stay active together and encourage each other to do the things they love.

Sisterhood is a great way to describe ISOC Netball! It’s such a great way to make friends as we have so many girls attending from different universities from all over the country. It’s great to have that, and meet people studying different subjects and courses as I’m typically surrounded by medics. I love how we have grown together, coming together every Wednesday all in the name of netball! 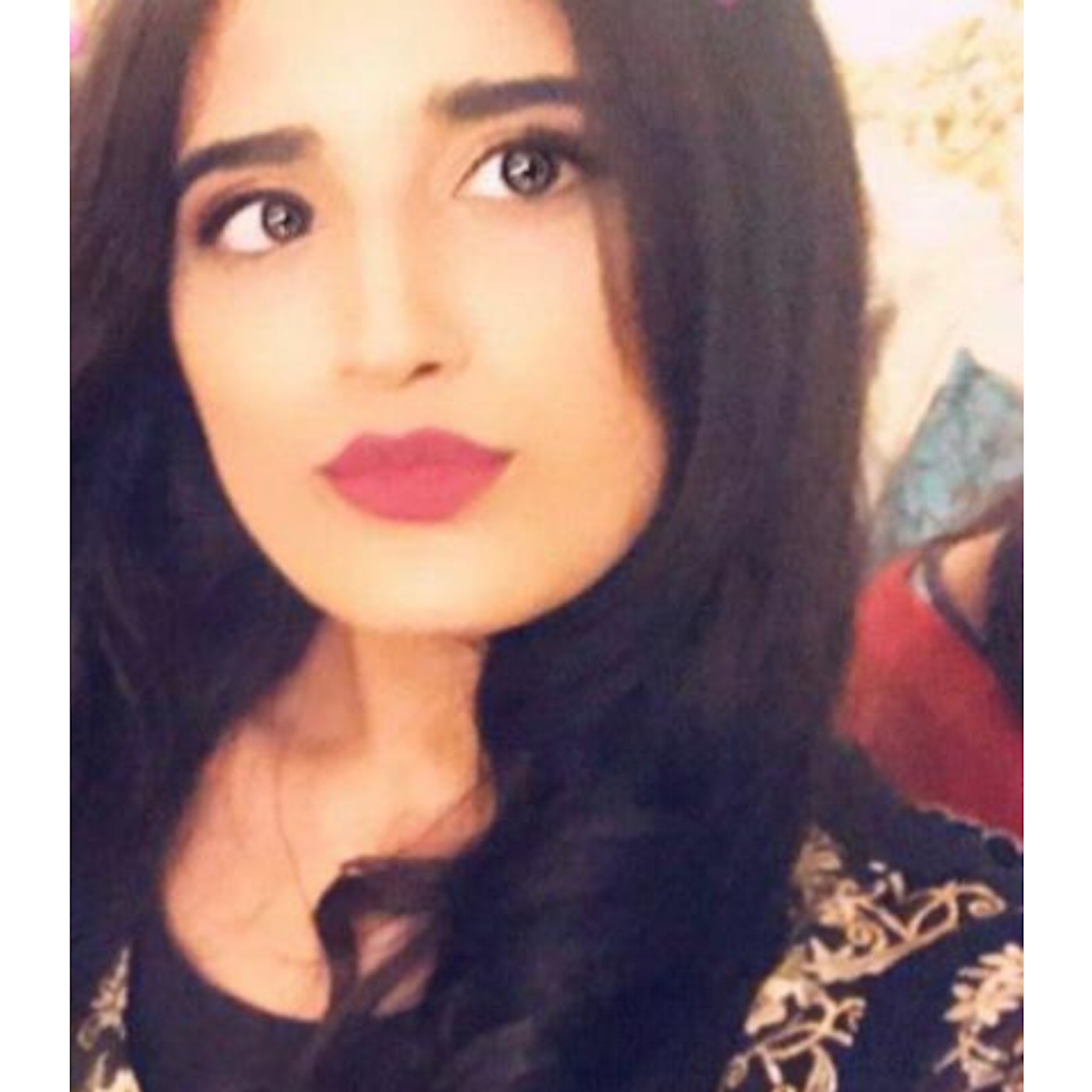