My Husband Told Me “You Care More About Me Being Black Than I Do. ”

by Mahin Ibrahim in Relationships on 14th October, 2021 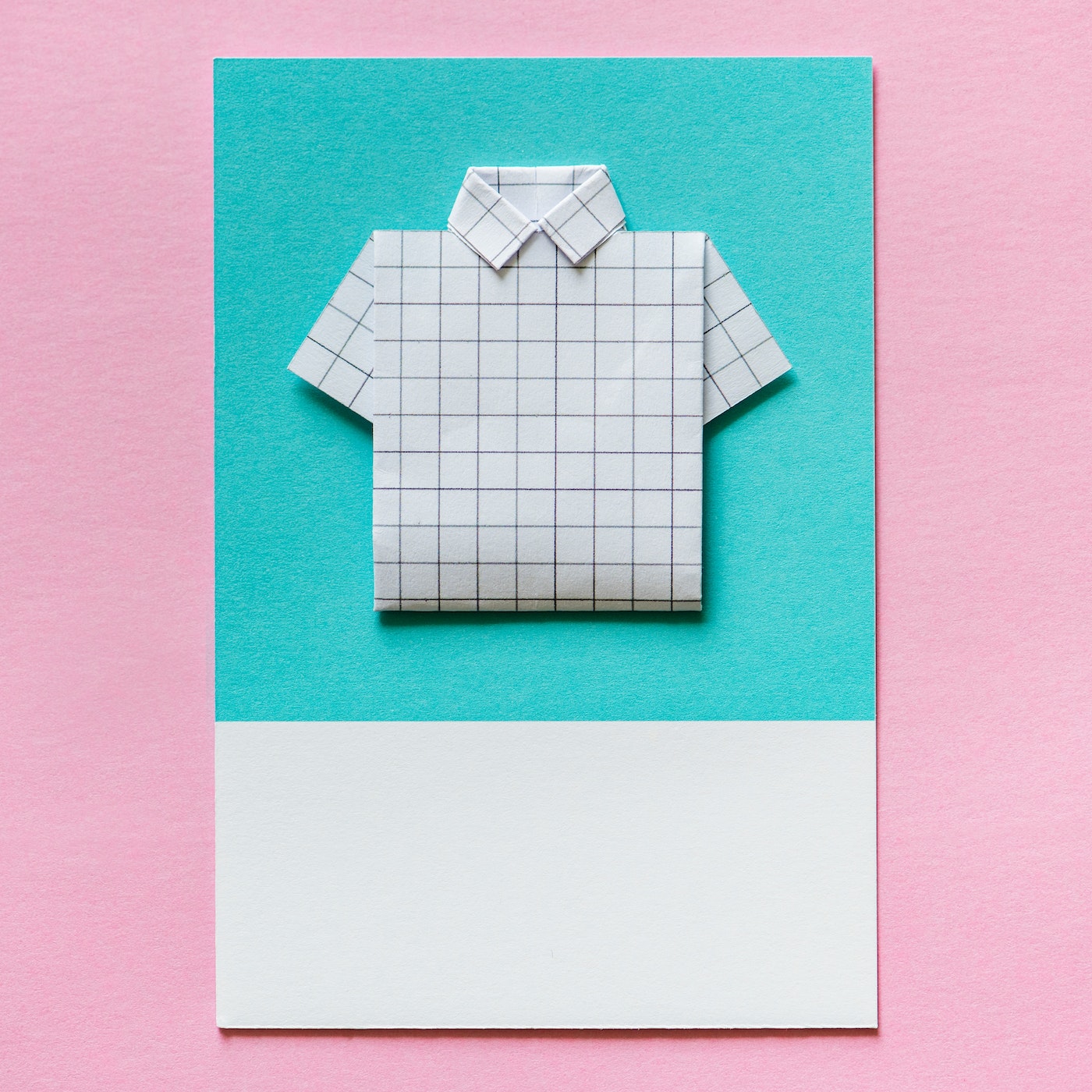 Less than a year into our marriage, my husband Musa and I attended the valima (post-wedding reception thrown by the groom) of his high school friend in the Pacific Northwest, dressed in matching lavender which I insisted on to be “cute” and arriving much too early for a desi* wedding, which means we were right on time.

When we got there, the hosts (the groom’s parents’) were not yet dressed. It felt a bit like catching the Queen in her underpants while baking a roast. Instead, his family was running around putting finishing touches on DIY centerpieces: pine wood trays filled with seashells and sand, wide cylinder vases filled with blue marbles and water, matching the seagreen and blue ocean decor set up in their backyard.

After everything was ready and the guests arrived, we had lunch. Over chicken and vegetables on rented china, I struck up a conversation with the man across from us who reluctantly replied back, looking around, it seemed, for someone more interesting to talk to.

Minutes into the conversation, the man, a first-generation Pakistani American in his mid-30s, clad in a sports coat, turned to Musa and asked,

“Where are you from?”

As a first-generation Bangladeshi American, when people ask me this question, it has different weight based on who is doing the asking. If it’s a fellow minority, it’s a way to address our mutual struggle and is perfectly fine. If it’s a non-minority, it’s a total eye-roll, implying that I am not from here and never will be. But when Musa is asked this question, it’s a full-on war.

My husband, now of almost three years, is black . . .  but he doesn’t look black. Or that’s what the rest of the world seems very keen on telling him. He is a third-generation African American. Not Saudi, Egyptian or Moroccan, which he often gets. Or desi, Ethiopian, or Mexican. Many times, people assume Musa shares their race and is confounded when he says he does not, or they assume he is an immigrant, especially when he’s with me. Everytime this happens, it triggers childhood memories of being teased by his classmates for not looking or acting black enough, and reminds him that though he is American, he doesn’t look the part.

So when this man asked the dreaded question, I cringed at what would come next.

“No, where are you really from?” the man replied back.

“Are you for real? You don’t look black. You look Bangladeshi, like your wife.”

We had gotten this before, but never with such pointed and oblivious delivery. Usually it was just perplexion. At this point, I kind of wanted to punch the guy in the face. If I was the type of person to punch people in the face. Instead, we both remained silent and dragged our forks across our plates until we could excuse ourselves for dessert.

After the wedding was over, I suggested we escape to a national forest nearby, known for its towering Western Red Cedars and Big Leaf Maples. I wanted to take us to a place where the only noise we’d hear were tiny black beetles the size of a grain of rice and not a single human being.

Now that it was just us, I started to rant like it was my own one-woman spoken word show. My voice got louder and louder, while my husband. . . stayed quiet.

Finally, Musa interrupted me and said, “You care more about me being black than I do.”

With those words, it was like my mic got cut off.

My husband is a good man; the kind of guy who’s called “nice” when he leaves the room, and he’s definitely not critical. So for him to say this, made me think.

I was fifteen years old living in California when, over pullao and goat curry in a family room with plastic-covered sofas, an auntie leaned over to tell the group, “Did you hear Afreen married a black man?” The disdain in her voice was clear.

It wasn’t unusual for me to spend Saturday nights at family parties with my parents, or to hear my community voice this type of prejudice. In my youth, a Pakistani-American friend once told me how her mom locked the car doors when she saw a black man walk across the street.

Flash forward sixteen years, I became eager, a little too eager to fight this prejudice through my own means, and one way to do this was through my relationship. Like a bumper sticker that proudly displays your values and accomplishments (“My child is an honor student”), I used my marriage as a platform to turn my husband into a bumper sticker of his own: “Honk if you’re in an interracial marriage!”

Unpacking anti-black sentiment in the desi community starts with skin color. At the age of six in Austin, TX, I was joyfully eating dirt one day when a boy said, “That’s why you’re so dark.” I spit out my gourmet meal and started to cry. It was the last time I would ever have that fine meal again. I couldn’t blame him, as he was just echoing the drumbeat of our culture. Turn on Bangla TV, and you’re guaranteed to watch a commercial for skin lightening cream. Attend a Bangladeshi wedding and you’ll see white powder packed onto the bride’s skin to make her “look beautiful.”

Upon immigration to America, my elders passed down the advice to keep your head down and focus on succeeding. Since the 80s, they bought into news headlines linking black people with the war on drugs and gangs without researching the systemic racism that put these headlines into place or understanding how the Civil Rights Movement benefited our own community so greatly. This lack of information trickled down to us first-gen kids. No one, least of all schools, taught us how the Immigration and Naturalization Act of 1965 as part of the Civil Rights Movement quadrupled the amount of Asians in the U.S. after previous legislation largely banned us from coming.

Because of this prejudice, I thought interracial marriages between desis and black people were rare, until last year when I read in Vivek Bald’s Bengali Harlem of desis coming to America in the 1900s and defying anti-miscegenation laws to marry black and Puerto Rican women. If this was our glorious past, we had forsaken it in our rigid present.

When it came time for my own marriage, I thought about what I wanted and how I could stick the middle finger at my elders’ narrow-minded ways. Out of all my Muslim friends, I had one who married outside of her race. It was a beautiful wedding, with Pakistani and Scottish customs blended together. Perhaps if more of us had interracial marriages, we’d learn from each other and not about each other. I became more interested in the possibility, and after a decade of searching brought me the man I would marry, I called everyone to let them know the good news. When I mentioned to a friend that he was black, she said, “Go Mahin! I’m so proud of you,” knowing how taboo it still is for desis.

I felt a warm bubble and thought to myself, go Mahin, indeed, as if I had eradicated racism or brokered world peace. I have to be honest; a part of me also felt like I got voted “most cool in school.”

Back in the forest, Musa’s words churned in my mind once more:

“You care more about me being black than I do.”

Underneath the leafy, flat maple leaves and cool Pacific mist, I knew it was true.

I had become so entranced with the idea of what it said about me marrying a black man, that when others didn’t see him as black, I grew angry not for his sake, but my own.

I had turned my beautiful, flesh-and-blood husband into a bumper sticker, and because of that, I treated my marriage like a form of activism. I made it about me, when it should have been about him.

He is the one who has to define and defend his blackness, constantly. He has to negotiate his identity every day and walks around with an experience I’ll never know. My role should be to support him, however he needs. We are garments for each other, as the Quran states. Not as an edgy accouterment, but for refuge.

John Green wrote in Paper Towns, “What a treacherous thing to believe a person is more than a person.” In the end, my marriage is one person in companionship with another, not a political statement. My husband’s blackness should not be questioned by anyone – most of all me. And this is still a point of contention in our marriage and something I continue to work on.

Friends who haven’t met my husband yet ask, “What’s he like?”

I’ve decided to forget the labels. Forget what we think we know when we hear about a female coder or a hijabi police officer. Forget my husband’s race, age, career. If I tell you any of this, you’ll form ideas of him, and they’ll just be ideas, they won’t be true. It is his actions that show his nature. So here’s the hard truth: we have our share of crippling conflicts and have made our marriage about working through them together. We fight about doing the dishes and how he leaves his jeans on the floor so he can slip into them the next day. “It’s efficient,” he says. I say it’s gross.

Here’s the easy truth: he once texted me, “I can pick you up and drop you off,” when he learned I planned to walk to dinner in a seedy part of town. He once pulled off on the side of the road when I was crying and held me for an hour until I felt better. He obliges my request to brush my hair after I shower, and calls it good practice if we have a daughter.

And as for me, I’ve stopped creating a scene when his race comes up. Before, I pushed Musa to work together to come up with an official response, like we were the President and First Gentleman. But now, I am quiet and give him the space to react and respond how he’d like.

Last month at a furniture store, a black salesman chatted us up and asked where we were from. He was perplexed when Musa told him.

“I thought you were Ethiopian,” he said.

My cortisol levels surged, but I let my husband take the lead.

“Yah I get that a lot.” He laughed nervously. “People think I’m South Asian or Moroccan…”

“Where are you from?” the salesman asked.

Musa went into his lineage and they continued talking. After they were done, we headed towards the display of fabric swatches.

“Are you okay?” I asked, when we were far enough away.

I knew he wasn’t. But I didn’t say anything.

Instead, I took his hand, my fingers curled small into his giant, lined palm, and we stayed like that for a while.

And then we went home.

*A person of Bangladeshi, Indian or Pakistani descent who lives abroad. The word is originally Sanskrit, “deshi,” and refers to someone or something native to that country.