by Ilham Essalih in Lifestyle on 7th March, 2019 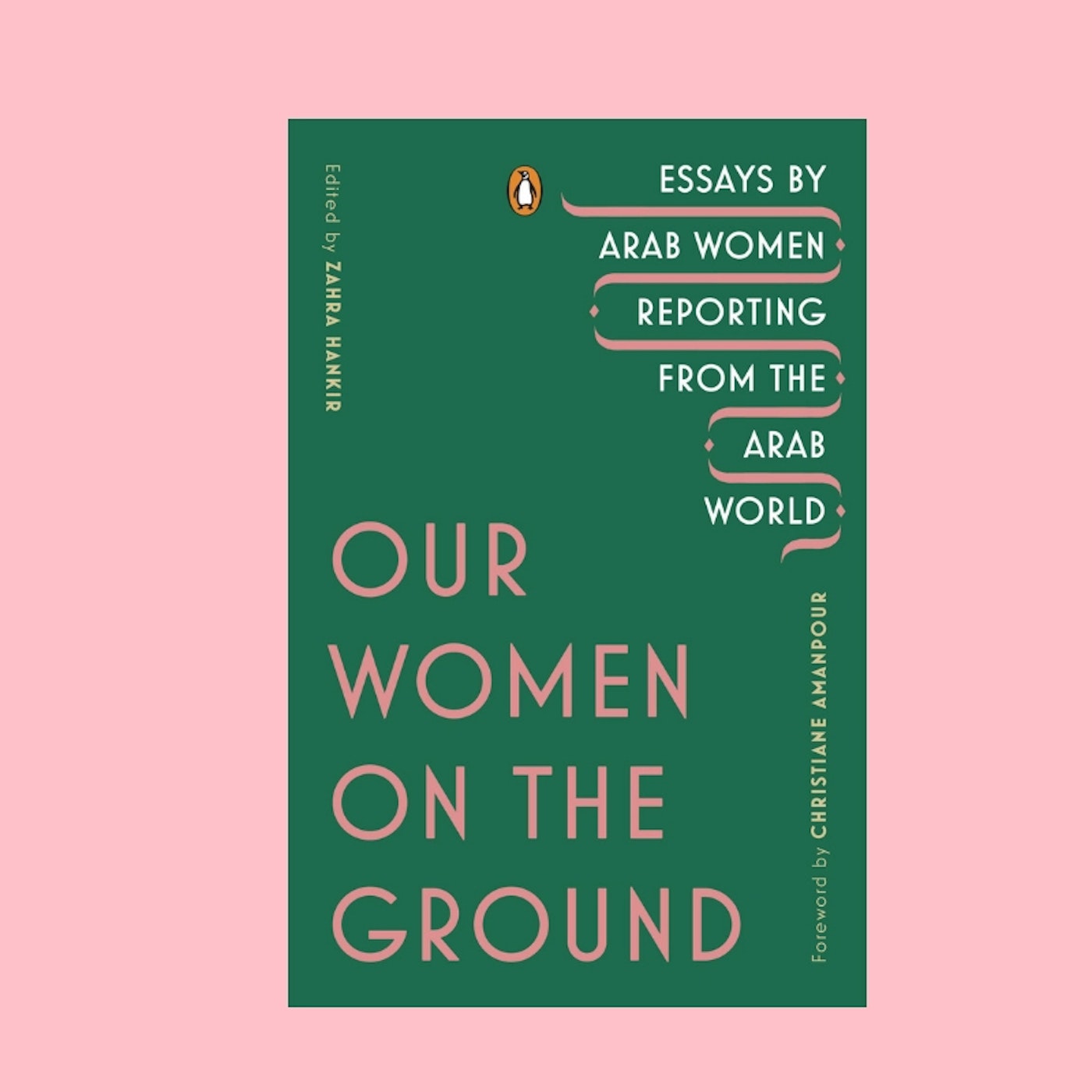 The year 2018 was a good year of publishing for Muslim women, and 2019 promises to be even better. A few days ago it was announced that Emma Watson chose an anthology of writings by Muslim women as her book club pick of the month. This is so important because, for the first time, thousands of people (mostly non-Muslims) will be reading and listening to the actual voices of Muslim women in all their plurality, their perspectives and diversity.

In the same spirit, I would like to share some excellent reads written by extraordinary Muslim women. I’ll be sharing with you my personal highlights for 2018, a couple of 2019 books I’ve had the opportunity to read ARC’s (Advance reader copy) of any one book that I am excited to read the coming months. There’s something for everyone: both fiction and non-fiction, novels, short stories, essays, and even poems, and the writers are from all over the Muslim world. 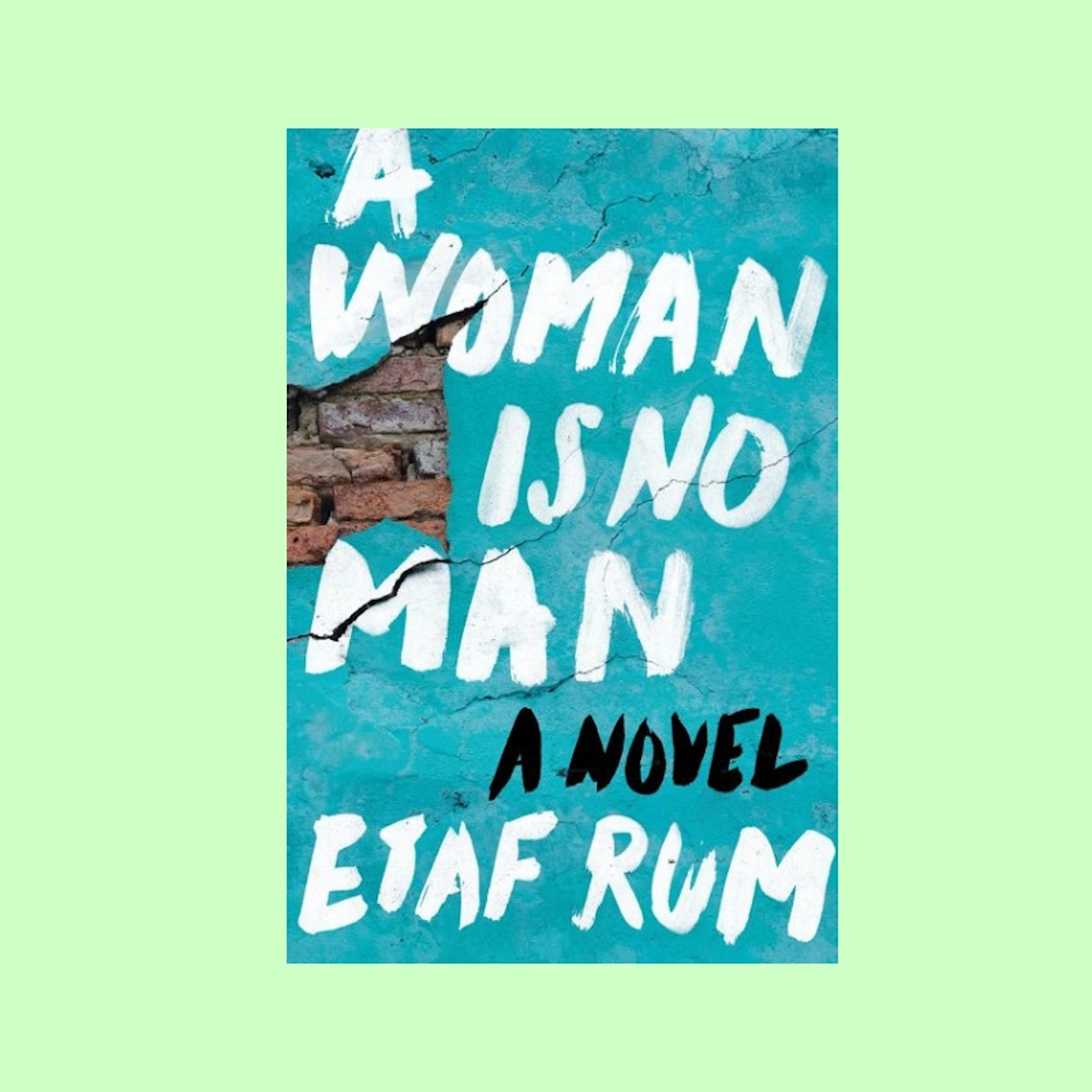 A Woman is No Man is Etaf Rum’s debut novel and will be published in March 2019. Rum is a Palestinian-American writer, she teaches English and literature and she is also the blogger behind the successful Bookstagram account @booksandbeans. Her book is an intergenerational story of three Palestinian-American women who are torn between tradition and freedom. I know what you think, this must be yet another story of Arab women being oppressed by evil Arab men. But it’s not. Trust me, it really isn’t. In terms of representation of Muslims, the book passes the test with its complex characters, and you won’t find the typical Islamophobic statements that hijab is oppression and that Muslim women need saving, it’s quite the opposite actually. The novel is extremely intriguing and will make you want to read the whole 337 pages in a day. It is that kind of unputdownable. The story is extremely difficult, heartbreaking and painful to read, but it is also beautiful and full of hope. I highly recommend this book, and I don’t say it lightly: this is probably my favorite fiction novel read in 2018 and I am looking forward to people discovering it. The book is, for now, available for pre-order. 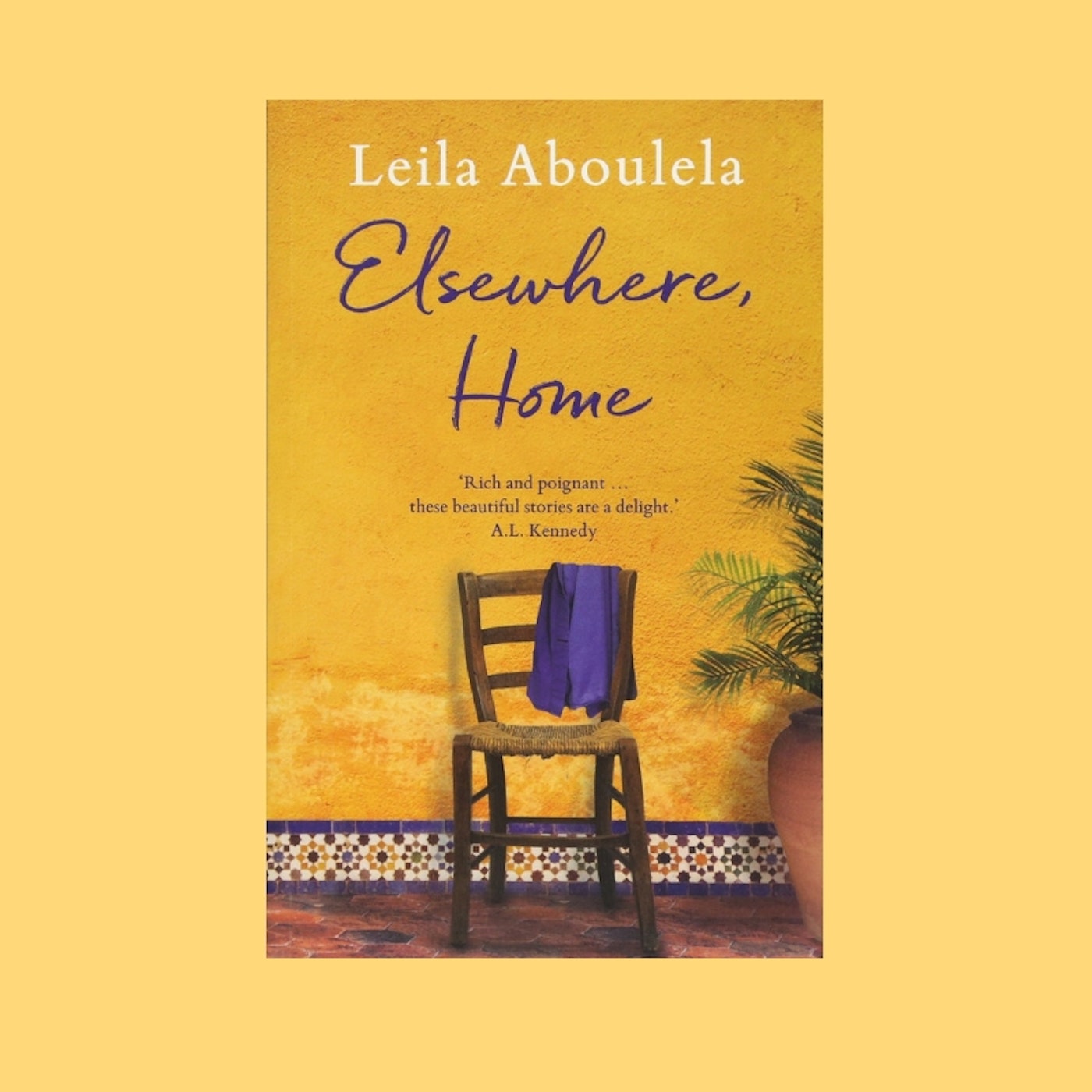 Elsewhere, Home is British-Sudanese Leila Aboulela’s latest book, published in July 2018. The book is a collection of 13 brilliant short stories, some written two decades ago, some very recently. The stories include the very prominent themes of nostalgia for Africa and the Middle East, the difficulty of being an immigrant in the West and raising children in a foreign country, the struggles of motherhood, and the loneliness of being a Muslim in Britain. In an interview I did with her, she said to me that she cared about giving a voice to Muslims, “because the status quo will always assert that western, white and secular is the norm and that everything else always has to explain itself”. 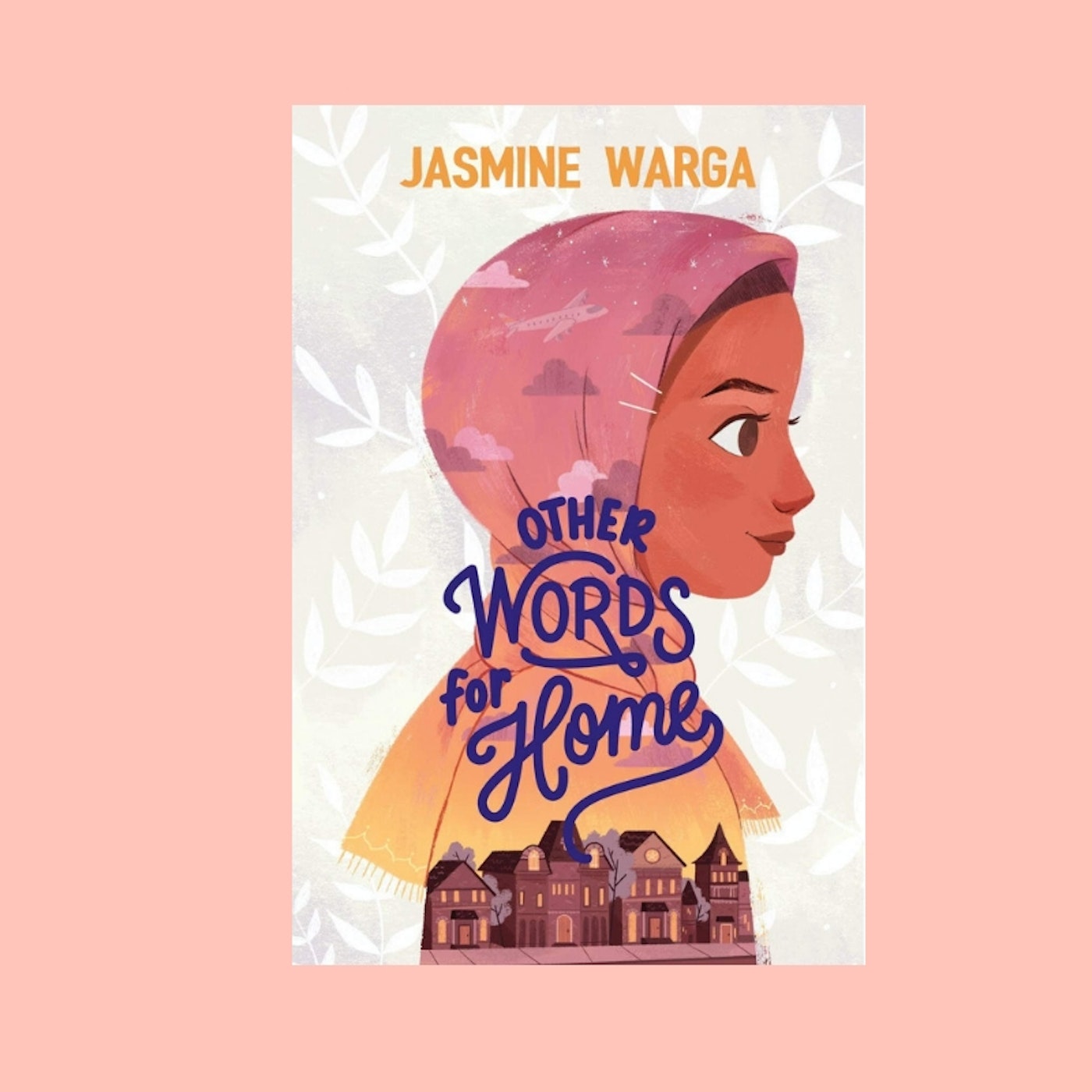 A latest discovery and highlight of my bookshelf is Jasmine Warga’s novel Other Words for Home. Jasmine Warga is an Arab-American young adult and children’s book writer and her latest book, the story of a little Syrian girl who flees the war with her mother and moves to the United States, will be published in May 2019. Other Words for Home is aimed at middle-grade and young adult readers, but it can be enjoyed by anyone. I certainly did – a lot. Even though it’s about painful and heavy events, the book is a light and funny read, it is surprisingly very hopeful and optimistic despite the atmosphere of loss and war. A great highlight of this book is its very positive outlook on hijab. I don’t believe I have ever come across a book that describes hijab in such an inspiring and beautiful way. This makes the book an amazing read for young Muslim girls seeking representation and confidence, as well as for non-Muslims because it paints Islam and hijab in such an empowering way. Pre-order here! 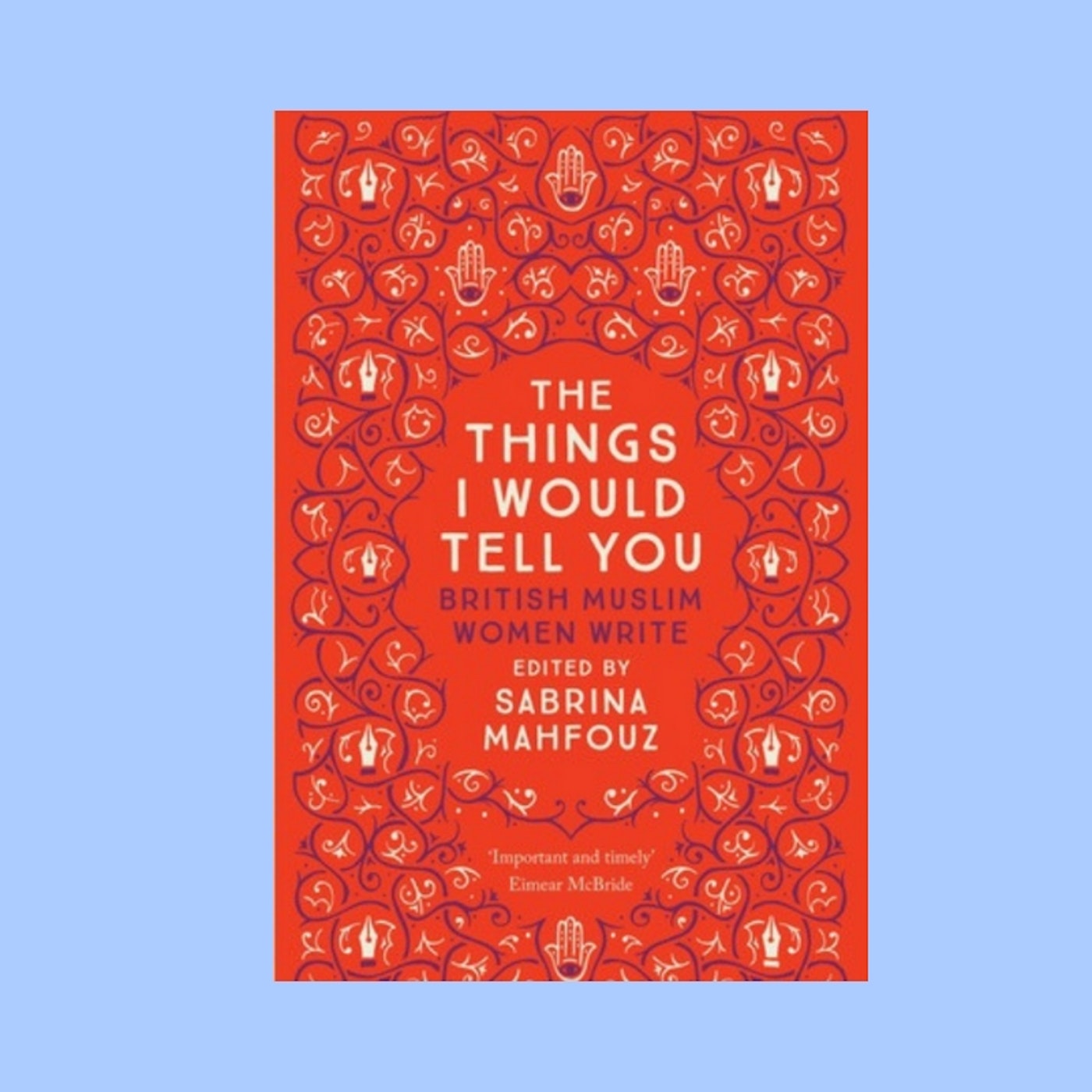 The Things I Would Tell You: British Muslim Women Write is the anthology chosen by Emma Watson as a book of the month for her book club. Sabrina Mahfouz, the editor of the book and contributor, writes in the introduction that the collection “aims to dispel the narrow image of what a Muslim woman – particularly a British Muslim woman – looks and lives like”. The book does that very well, as it collects a large array of pieces by very different women: essays, shorts stories, poems, plays, mixing fiction and non-fiction. This diversity of writings is able to successfully represent the great diversity and heterogeneity among Muslim women, and an interesting aspect is that these writers have very different degrees of faith and practice of religion. Being an anthology, it is difficult to fall in love with every piece of writing, and some are definitely stronger than others. My favorite pieces are Aisha Mirza’s essay Staying Alive Through Brexit – Racism, Mental Health and Emotional Labour, Selma Debbagh’s short story Last Assignment to Jenin and Leila Aboulela’s brilliant play The Insider. 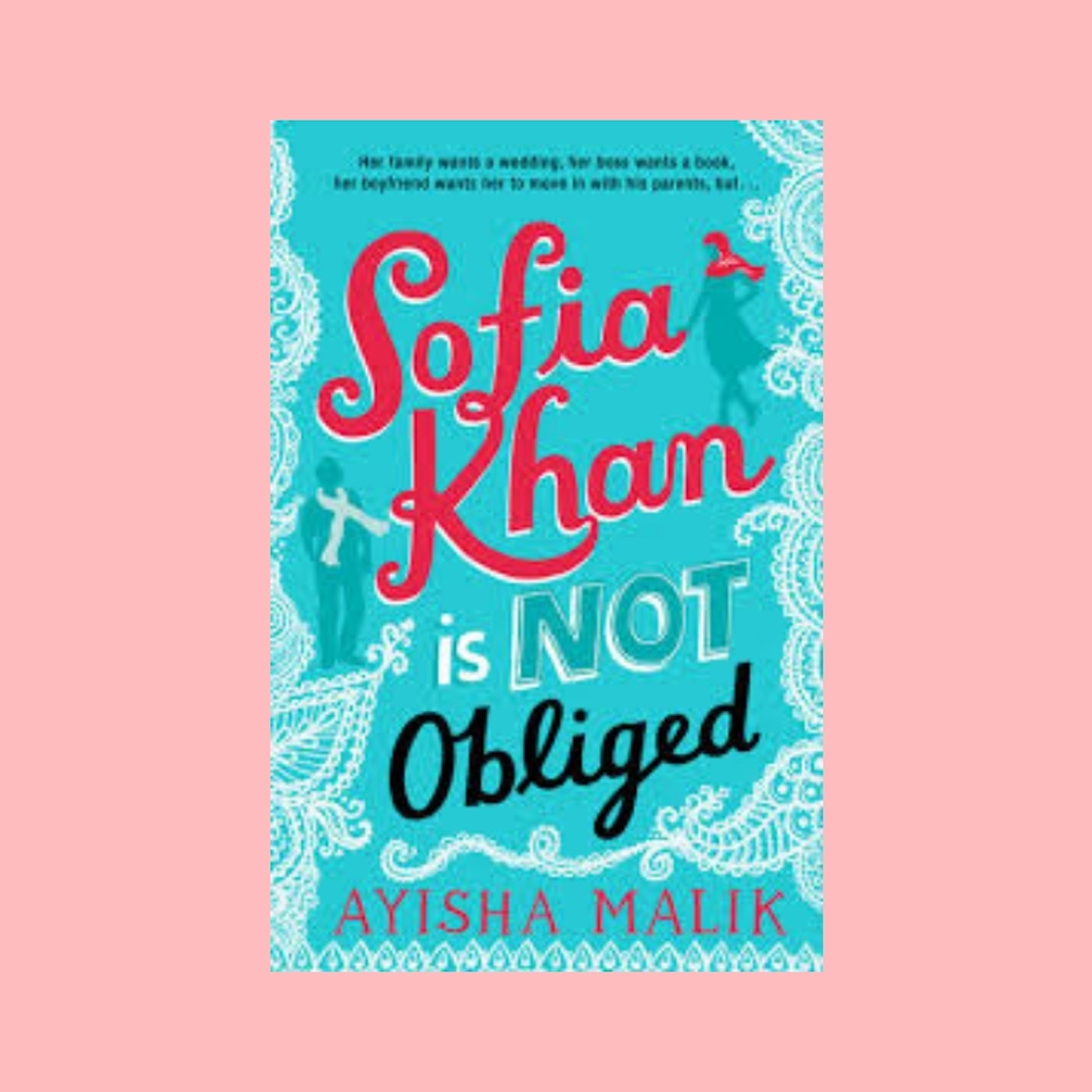 Ayisha Malik’s novel Sofia Khan is Not Obliged and its sequel The Other Half of Happiness are a true delight to read. They are about Sofia, a young Muslim woman in London who writes a tell-all book about the Muslim dating scene and ends up falling in love herself. The books are such a breath of fresh air. Far from providing a stereotypical representation of docile, ‘marriable’ Muslim women, the protagonist is a woman with a sharp tongue, who does not care much for tradition, who smokes, all the while being a hijabi. Talk about smashing stereotypes! The books are terribly funny and are a lovely escape if you are looking for a smart chick-lit that might remind you of Bridget Jones’ Diary. Something to look out for: Malik’s new novel, This Green and Pleasant Land, will be published in June 2019 and is available for pre-order.

My final recommendation is a book I have not yet read but I am very excited to be reading soon. Consider it a book to be on the lookout for, rather than a recommendation per se. Our Women on the Ground: Essays by Arab Women on the Ground is a collection that will be published in July 2019. In this book, nineteen Arab (note: not necessarily Muslim) women journalists write about their experiences as journalists working on stories of their homelands and was edited by Zahra Hankir. The publisher’s website mentions, “from sexual harassment on the streets of Cairo to the difficulty of traveling without a male relative in Yemen, their challenges are unique. Their daring, shocking, and heartfelt stories, told here for the first time, shatter stereotypes about Arab women and provide an urgently needed perspective on a part of the world that is often misunderstood.”

These books are all very different, but they have one thing in common; they are, in my opinion, great reads. They’re unputdownable, funny, smart, heartbreaking, optimistic, enlightening, sad, but most importantly, they aptly represent Muslim women. They are the representation we’ve been waiting for, and I can only imagine a very bright future ahead of brilliant books by Muslim women. We finally have books by, for and about people that look like us, think like us, and have similar names to ours. Imagine our children growing up surrounded by books this inspiring and empowering, just imagine.

Ilham Essalih is a Belgian-Arab book reviewer and Ph.D. student in Postcolonial Literature. Her research focuses on the gendered dimensions of postcolonial trauma in the literature of Africa and the Arab world. IG: @ilhamreads Twitter: @ilhamreads

30 Deeds for 30 Days of Ramadan and Beyond