The Pearls of Islam Album Has Love as Its Foundation

by Selina Bakkar in Identity on 5th August, 2020 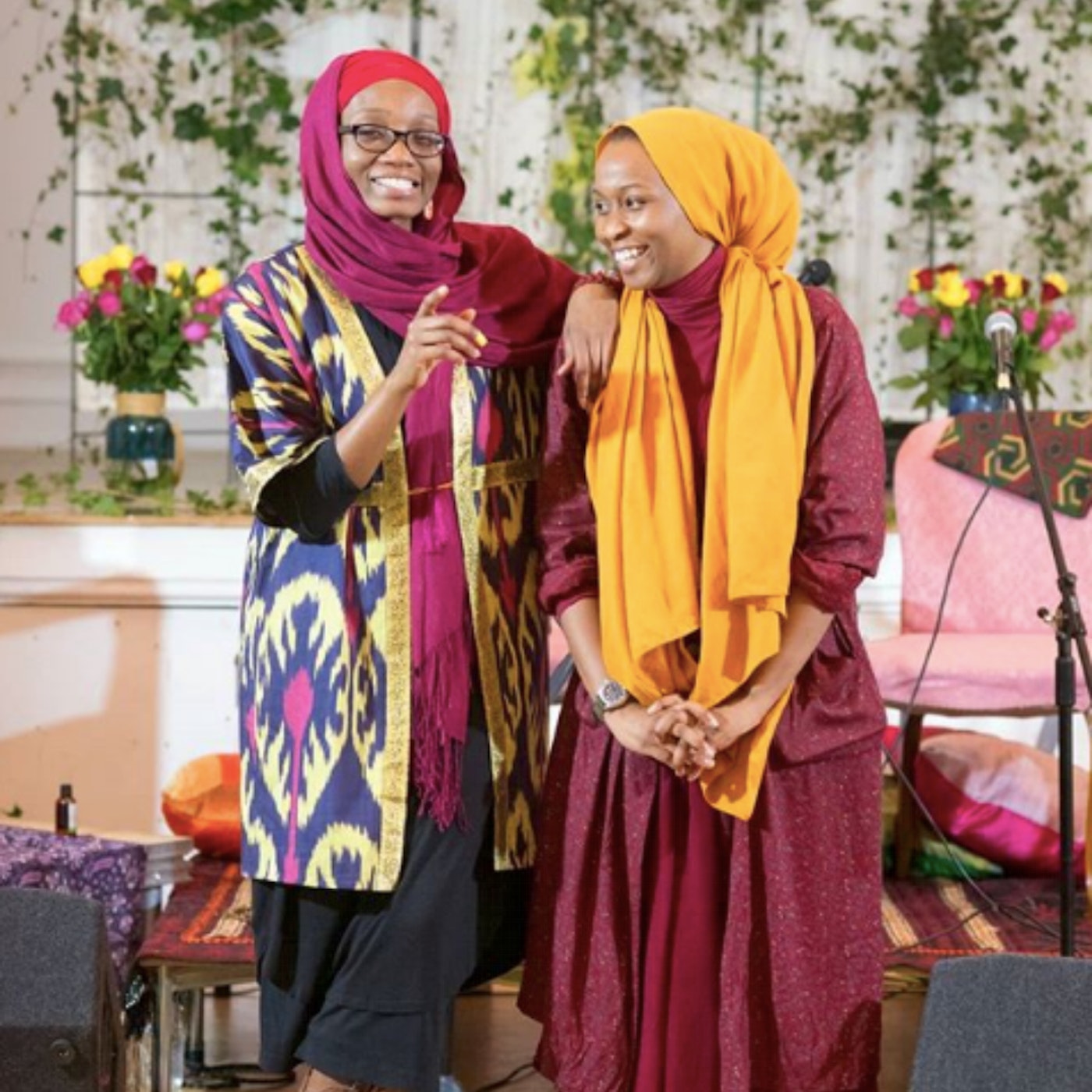 The successful duo Sakina & Rabiah, otherwise known as Pearls of Islam  released their album #loveismyfoundation in 2019 and Subhan Allah what a beautiful collection of what can be as described as love letters to Allah, to the Prophet Muhammad (pbuh) and reminders for our souls. Their music is rooted in traditional Qasaaid and can be described as spiritually soulful. Having seen the women perform I can simply say they have a deep love and understanding of our Rabb and the Prophet Muhammad (PBUH) which is communicated beautifully through their nasheeds.  The women sit their beautiful voices on top of instruments such as guitars and the djembe. Much of their work contains both Arabic and English and has influences from listening to music of their Carribean origin which has also played a part in their careers. The opening track on the album is titled ‘Bismillah’ and the last track is titled ‘Love is my Foundation (Live)’ there is also a track titled ‘Mawla ya Salli’ which features Ahmad Ikhlas.

"When a pilgrim and two Pearls get together change the world" 🔥🔥 . . . @muneera_pilgrim ✊🏿❤ One of the highlights from our Album launch performing a mashup of people get ready and one love with @ikhlassic and @muneera_pilgrim Official videos coming soon inshaAllah. Album now available from our website. www.pearlsofislam.co.uk #pearlsofislammusic #loveismyfoundation

Both have worked tirelessly towards the album launch and shared that it has been “… a journey of embracing that inner voice that says ‘I am not good enough’ until it changes to ‘Allah IS enough’, knowing that it is He who is the foundation to all of this.” When you listen to the album, you will know that they are good enough and that there is excellance in each single.

A few weeks ago we finished the recording of our debut album. Alhamdulillah (All praises to Allah). The journey has been a beautiful dance between pain and falling in love with Allah and His Beloved (pbuh). Its been a journey of self acceptance and love, of laughter, of tears and of heavenly beauty. A journey of embracing that inner voice that says 'I am not good enough' until it changes to 'Allah IS enough', knowing that it is He who is the foundation to all of this. We are sooooooo excited for you to hear the album. It was birthed from that journey and we are really looking forward to sharing more of this journey and album with you all. You all have supported us so much and we ask Allah to bless you all. Save the date- Album launch 26/01/19:) #album #muslimah #nasheeds #muslim #pearls #islam #pearlsofislam #studio

Their careers have definitely inspired many other artists both male and female in the space and both are seen as veterans of nasheed/music whatever you want to call the space. It’s amazing to see the album launch and we wish them the most success, to support, head over to their Instagram. The album was supported by many of us in the community through the Launch Good campaign and availability are via I-tunes, Amazon and other outlets.

Have had the pleasure to witness these two incredible women doing their thing a few times over the years, and so excited that their debut album is now available. Just received my copy and all I can say is exquisite! @pearls.ofislam are a complete gem. Brothers and sisters this music is a reminder of us as one world family, with love as our foundation ❤️ . . . #pearlsofislam #loveismyfoundation #onelovepeople #oneworldfamily #soulmusic #sacredsong

Jummah Mubarak beautiful people 💚 “Among the best of your days is Friday. So, pray to Allah frequently on it to bless me, for such supplications of you will be presented to me.” [Abu Dawud] Full video: Link in Bio #salawatfriday #singthesalwawat #jummahmubarak #fridayblessings #yabadrotim #pearlsofislam #pearlsofislammusic #pearlsofislamnasheed #qasida

Both the women also run a range of workshops (scroll down) through The Rabbani project.

The stomach is the home of disease. Diet is the main medicine' Prophet Muhmmad (saw) Sahih Muslim Food should always be the first way of rebalacing and healing the body. Join us to learn some of the prophetic teachings and approach to food, eating and wellbeing. We will also explore some of the healing foods and herbs that were mentioned in the Quran and used by the Beloved (saw). Saturday 24th November 11-1pm Rumi's Cave Carlton Centre £7.00 Space is limited so please book in advance Led by Herbal Blessing Clinic For more information please email info@herbalblessingclinic.co.uk https://www.eventbrite.co.uk/e/prophetic-food-as-medicine-tickets-52265051175