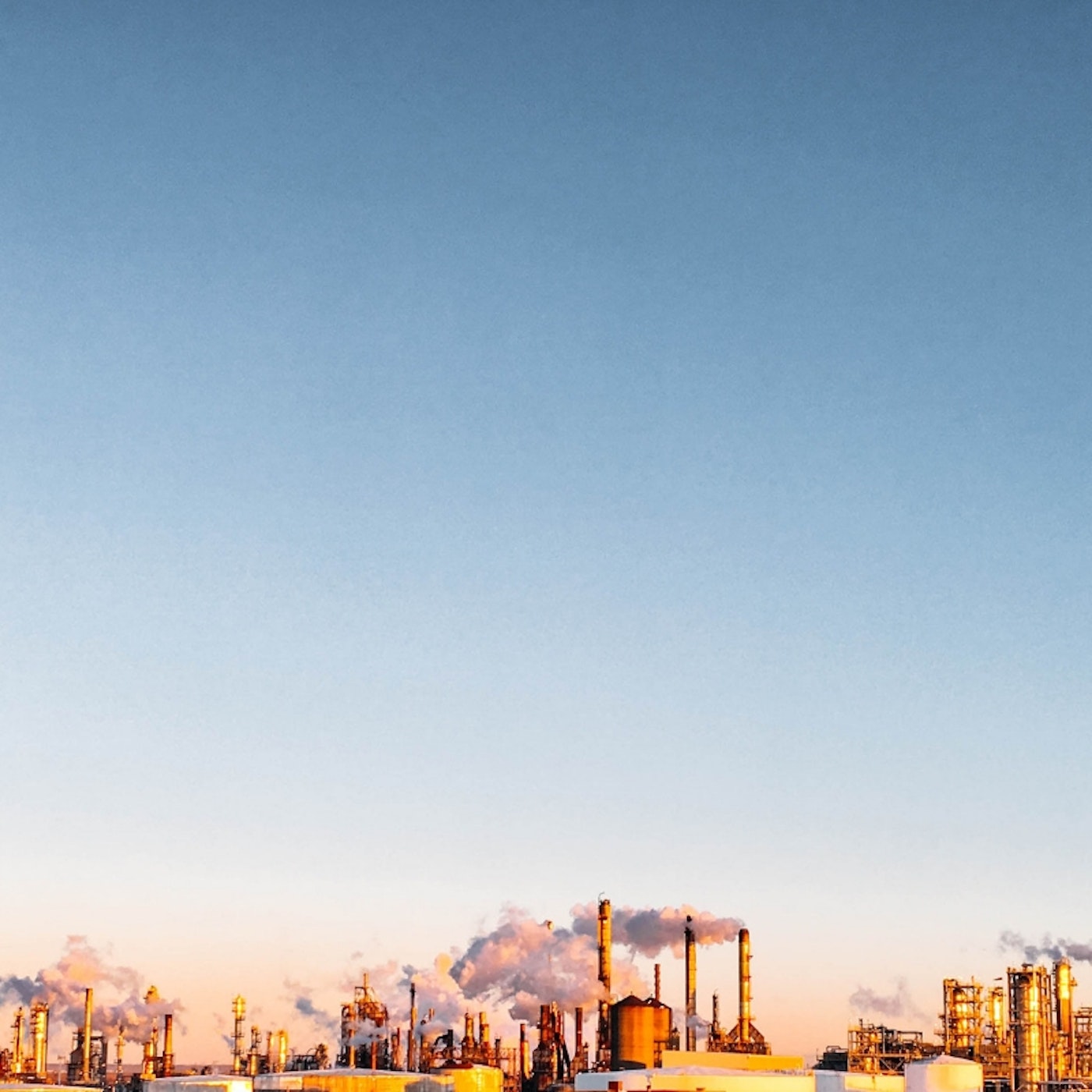 Today, accumulated wealth sits in a small number of pockets around the world and the gap between the rich and the poor has widened. More than 82% of wealth created in 2017 went to 1% of the world’s population. Half of the world is still living in poverty while a relative handful reaps excessive wealth. The trillions of dollars spent on philanthropy and aid worldwide have done little to bridge this gap, and poverty remains one of the largest moral crisis of our time.

Since the industrial revolution, humankind has made monumental strides in the fields of technology, science and business. We’ve progressed to a point where we’re now realising that we’ve made these achievements at a cost. In the pursuit of filling incredible libraries with books of knowledge, we’ve cut down our forests. In the pursuit of a quick turnaround on clothing inventory, we’ve invested in a system of cheap labour and sweatshops. In the pursuit of faster modes of transportation, we’ve burnt our natural resources. A diminishing moral compass driven by a need to increase wealth has contributed to the rise in destructive industries which has had a negative impact on wider society.

Over £300 billion was donated to charities in 2017 alone and while there are a number of organisations trying to even the scales, donations and aid do little to equip individuals with financial independence. Cash donations are vital for fulfilling basic needs but a person can only truly come out of poverty if we’re able to advance their status in society through job creation so that they can walk shoulder to shoulder with the average woman and man.

In fact, today’s corporations are built on high-profit margins which are dependent on cheap labour and supply chains. Businesses are very much aware that more than three billion people are desperate to pursue any means of acquiring a small income. This positions the poor as ideal labourers and is why millions are subjugated at the hands of companies who are exploiting their precarious conditions.

The fast fashion industry, in particular, is known for its exploitation of the poor with 75 million garment workers, 85% of these being women who are forced to make clothes on less than legal minimum wage. Basic health and safety measures are absent and factories are rife with extensive human rights abuse and gender-based violence. This industry is also one of the world’s largest polluters – single brands roll out tens of new seasons of cheap clothes in one year which has resulted in the world consuming 80 billion pieces of new clothing every year.

Businesses have the resources to lift people out of poverty but such corporations will only make a drastic change if consumers boycott unethical brands and increase demand for businesses prioritising ethical supply chains, ultimately driving profits down.

In recent years and in light of the Fashion Revolution, we have seen a surge in ethical brands demonstrating how restored dignity and income builds thriving economies. For such an impact to spread further, we should look at Prophet Muhammad (PBUH)’s personal examples in business dealings – he always prioritised justice, ethics and community enrichment. Not only charity, but the way of the early Muslims was also to always focus their pooled resources on a greater achievement beyond financial enrichment.

Muslims have a moral responsibility to set the bar high for ethical business standards; exploiting people, using divisive techniques to save costs and to degrade workers is the complete opposite of what Islamic business represents. While we have chased representation in major fashion campaigns, Hoda Katebi states on her blog, JooJooAzad, “There is little value in using visibly Muslim models if you are going to be killing and exploiting – directly or indirectly — their families back home.”

There are many like Katebi who have channeled their frustration and are providing consumers with alternatives.

Ayyy letsgoooo! 💪🏽 @bluetinproduction's first round of launch press! (Lmao @hasanminhaj hope you're cool with Vogue reusing our shoot for this piece) — YAY for starting to slowly work toward normalizing conversations about sweatshops & the violence in fashion production!! Swipe through to read the incredibly well-written and accessible coverage on the co-op, our goals and intentions, and all we're trying to support & challenge! Also I love the interview with Mercy, one of our founding co-op members in @90days90voices! 💃🏽💃🏽💃🏽 THANK YOU to everyone who has been sharing and donating and sending warm emails, we love and appreciate that you believe in our mission and vision!! 😭❤ 🙏🏽 DONATION LINK IN PROFILE ❤🙏🏽

Tackling poverty starts by vocalising our concerns and utilising our spending power wisely — if we want to solve this problem, we need to become more conscious about what brands we, as Muslims, endorse. Initiatives like Blue Tin Production, started by Katebi, a sewing co-operative run by refugee and immigrant women, is designed to creatively address the fashion industry’s heavy reliance on sweatshops across which has normalised violence and exploitation of (primarily Muslim women) garment workers to create clothes and a need for immigrants and refugee women to find well-paid, women-centered, non-patronizing work.

Qima Coffee, founded by Faris Sheibani, are re-introducing one of the rarest and finest speciality coffees to the world. In doing so, they aim to restore Yemen to its former glory as a globally renowned source of exquisite coffee.  Working in direct partnership with smallholder farmers across central and northern Yemen, they are creating an equitable trade in cultivating and hand-harvesting speciality coffee sourced from some of Yemen’s highest altitudes.

Sheibani says, “today, Yemen is going through one of its most dire and desperate times in history.” He believes that “the revival of the coffee industry is a glimmering light that can pave the path to the country’s gradual recovery.”

REVEAL 3/5: BETTER LIVES THROUGH BETTER COFFEE Qima Coffee was founded on the principles of equitable trade. We want to serve as a beacon of hope for Yemen and its people. Beyond offering our farmers the highest prices in the market, we share the returns of each coffee lot sold with the farmer who grew it, increasing farmer incomes by up to twenty times. We want to empower farmers and reinstate a sense of purpose – something that civil war can often confuse or ravage altogether. ————————————————— #farmer #qima #yemen #yemenicoffee #specialtycoffee #coffee #qimacoffee #yemencoffee #quality #unique #nanolots #traceablecoffee #singleorigincoffee #london #fairtradecoffee #coffeefarmers #ethicalcoffee #fairtrade #socialentrepreneurship #socialenterprise

Another example is NaTakallam, – “We Speak” in Arabic – a social enterprise connecting displaced persons with language learners worldwide for online practice. Individuals fleeing conflict face tremendous work restrictions and language barriers in their host countries. NaTakallam provides opportunities for refugees to gain livelihoods as conversation partners and language tutors. Since starting in 2015, NaTakallam has paired almost 130 displaced persons and over 4,500 individuals. Displaced people have self-generated over $500,000 through their work with NaTakallam.

These entrepreneurs are serving an expanding market of consumers that are increasingly recognising the need for ethical solutions. Surveys have shown that 89% millennials are likely to switch between brands and support ones that promote conscious spending – issues such as equal pay, environmentally conscious manufacturing processes, human trafficking are at the forefront of their minds when making buying decisions.

More and more businesses are lowering their carbon footprint and building human-facing policies that provide living wage opportunities to increase financial independence for the poor. This market will carry on to swell if consumers continue to vote with their wallets. The poorest in society should be able to trust that the system will not forget them and consumers have the power to build a world of financial equality and economic prosperity for all.

Hoda Katebi, Faris Sheibani and Nisreen Fansa are coming together to speak about how to live consciously in a capitalist world on 19th February 2019 at Kings College London along with UpEffect. Join us to hear how consumers increasing demand for ethical businesses can positively transform thousands if not millions of communities.

Founder of UpEffect. Using tech to launch and fund companies improving the planet and human lives.

Dismantling Racial Prejudice in Society, From Education to Media