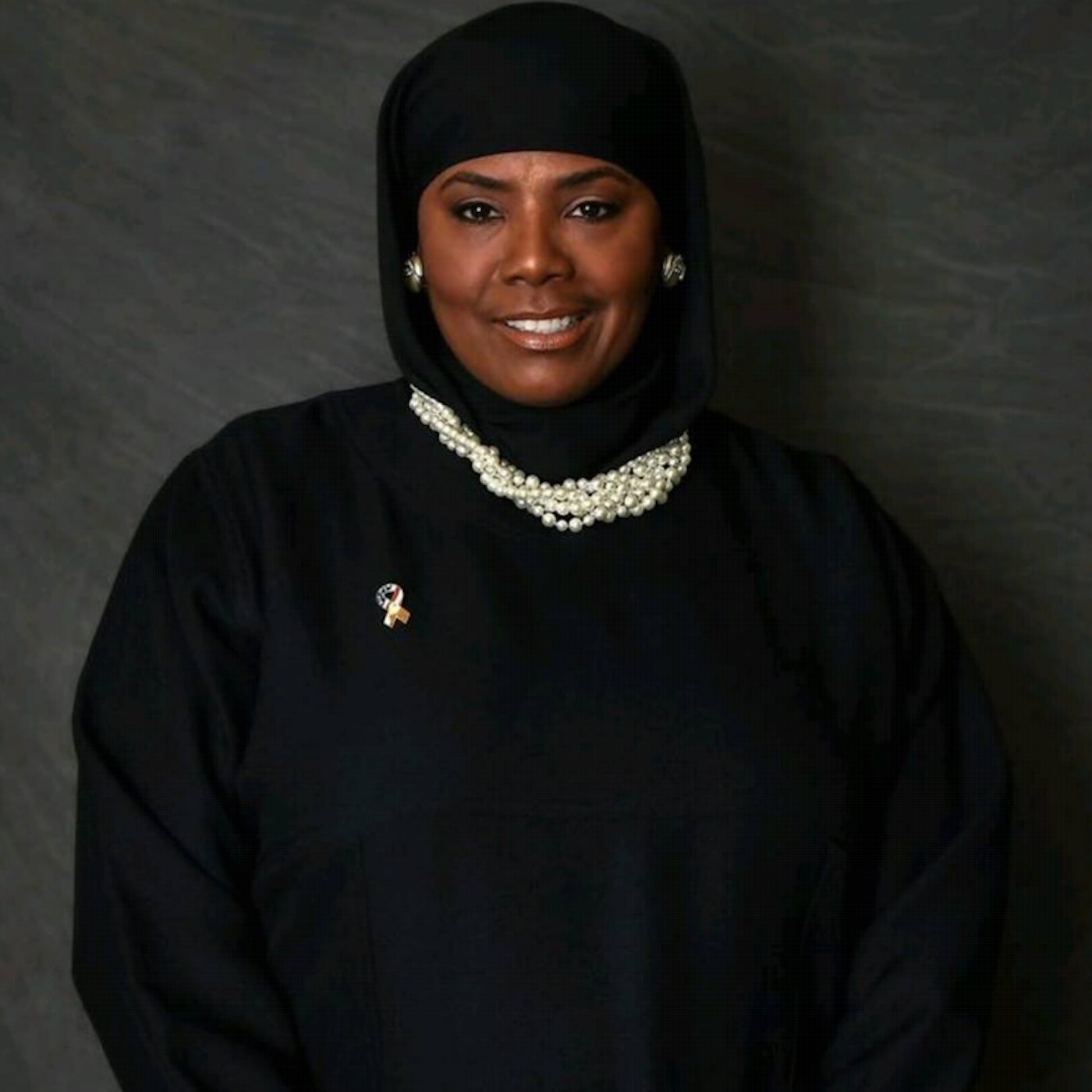 On Tuesday the 12th of March the seat in the Pennsylvania House of Representatives was won by Movita Johnson-Harrel, she won 66 % of the vote. The win is historic as it makes her the first Black Muslim American woman to be elected as a state representative in Pennsylvania. She shared a message to all that have supported via her personal Facebook: 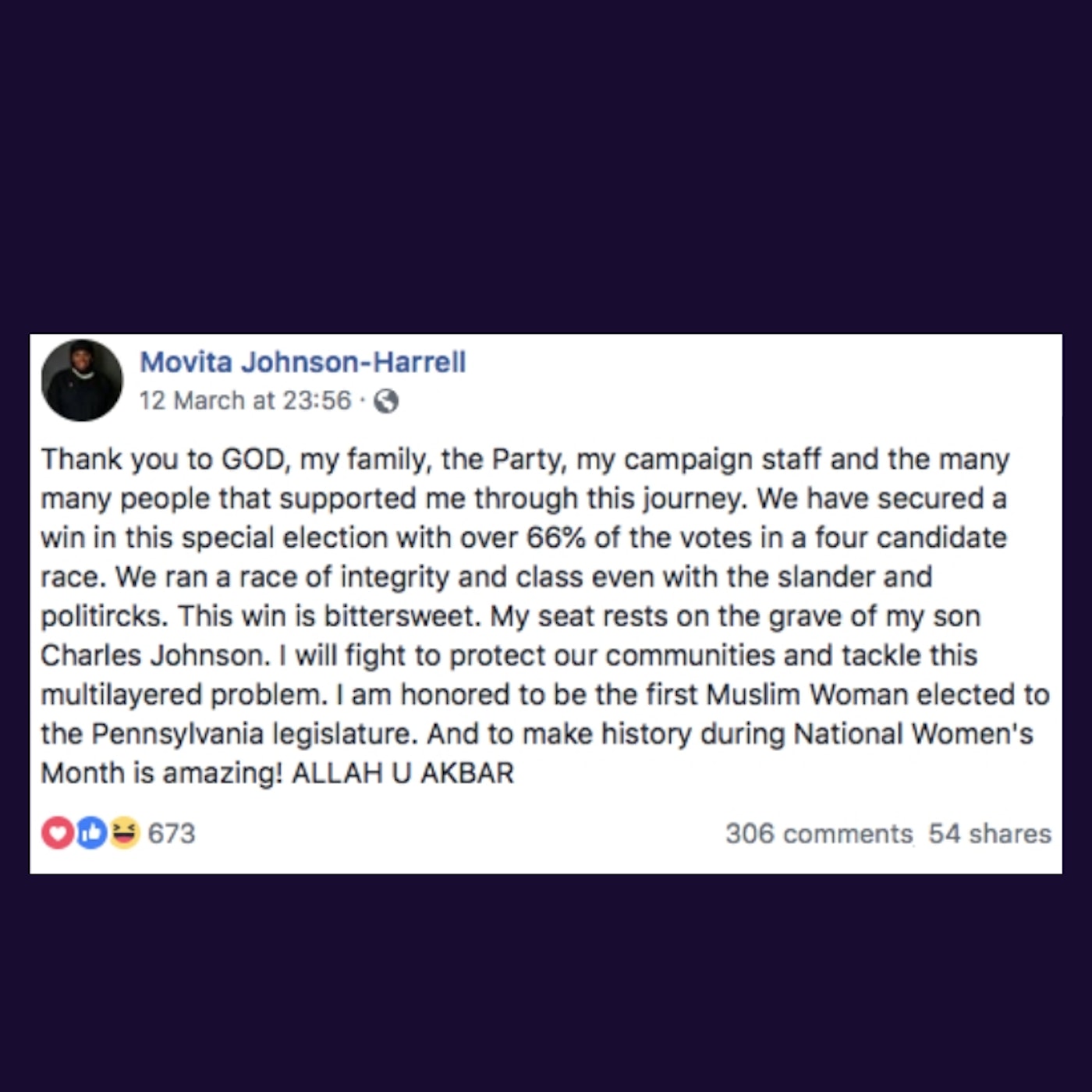 She also enters with the promise of taking a pay cut to show she really is in this for the community.

“I’m running because I care about my community — I don’t need a job,” Johnson-Harrell told Philadelphia magazine in January when she declared her run. “Many people enter politics looking for a career, money, power, fame — I’ll be personally taking a $20,000 pay cut if I become the next state representative.”

She is very much part of the community and started a foundation, the CHARLES  foundation was launched following the murder of her son Charles, he was a victim to gun violence in the state. She has also expressed that gun violence will be a top priority.

“It was created to provide advocacy and assist children with skills, self-esteem building and conflict resolution in an attempt to reduce violence and murder in our communities.  We are working with a variety of grassroots and community organizations to reduce community violence.  It is our hope and prayer that this foundation will be the basis of recovery and redemption for many so that they do not end up dead or in prison.”

She can be seen in the video below re-accounting the events and talking about Marsy’s law.

Her win has been widely celebrated and her community efforts acknowledged, she has also shared the journey openly with all and the bitter-sweet pain of the win. She shared through the campaign that the driving reason was her son’s death.

I am running because someone put four bullets in him because they thought he was someone else. He had a right to live….

Movita Johnson-Harrell just made HISTORY becoming the first Muslim woman to be elected into the PA State House
Why is this important?
As of 2016, Philly has the highest Muslim population in the US and most are Black and most are girls and women. #WomensHistoryMonth pic.twitter.com/CFn6ddwYlI

SHE DID IT!!! Movita Johnson-Harrell – a Pennsylvania gun violence survivor and @momsdemand volunteer endorsed by @everytown – just became the first Muslim woman elected to the Pennsylvania House. The mom of 4 says ending gun violence is a top priority. https://t.co/Bo5BTifP7i

Congratulations to Movita Johnson-Harrell on a historic win making her the first Muslim American woman to serve in the Pennsylvania State House of Representatives! Black, Muslim, Brilliant, Bold, and wears a hijab! 🙌🏽 pic.twitter.com/mWCZ9oP8xt

No one would have blamed Movita Johnson-Harrell from stepping back from the world after her son was killed by gun violence — but instead she stepped up and vowed to save others from tragedy. @Everytown is eager to partner with her to pass gun safety laws. https://t.co/f2EuBQUnho