Who Does Islamic Finance Benefit in Todays Society? The Capitalists?

by Maryam Ismail in World on 1st November, 2019 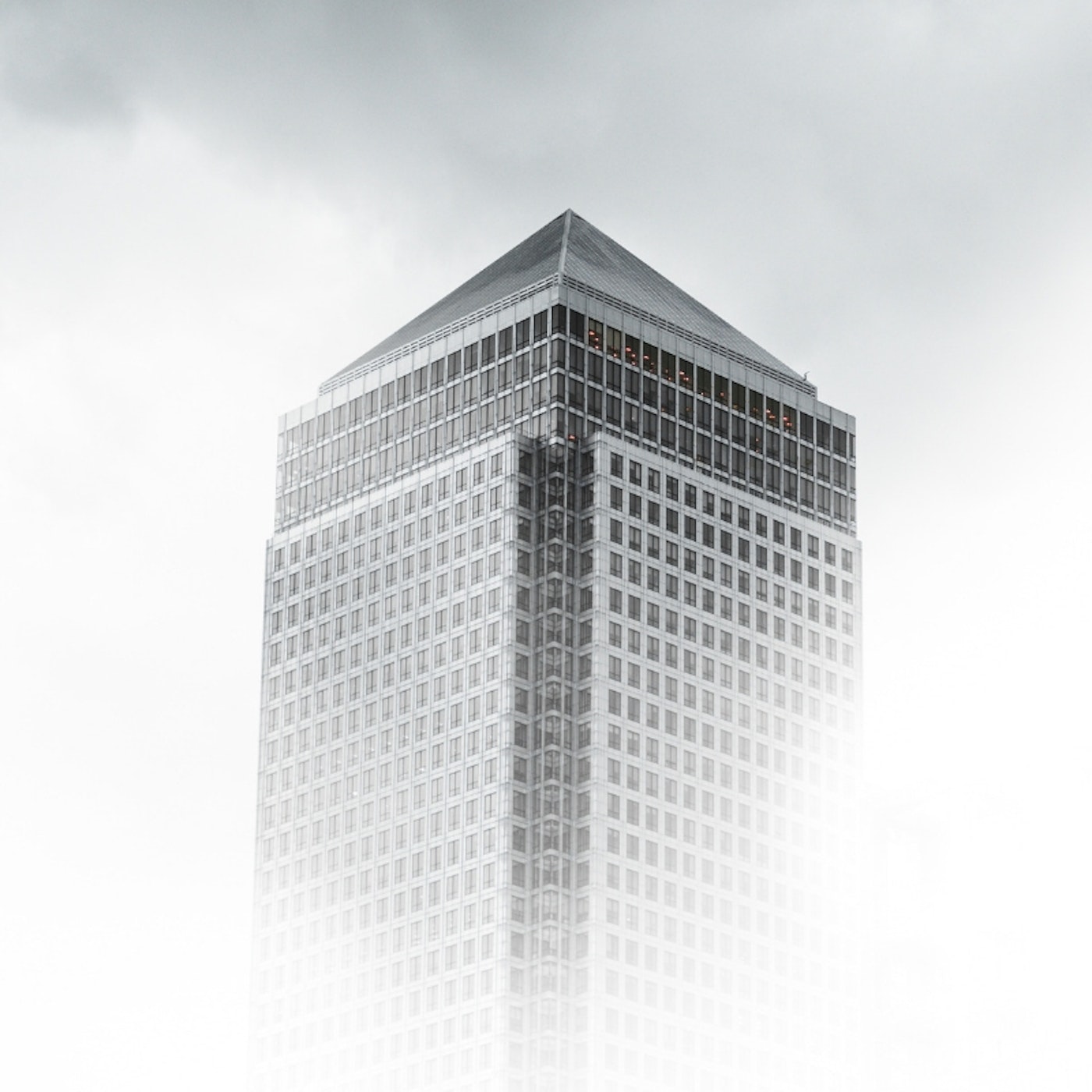 Islamic economy has less to do with halal and haram; it is more about community and responsibility.

The Islamic finance system, according to the World Bank, began to become a force to be reckoned with in the 1980’s although there had been other types of Islamic banking as early as the 1960’s in Egypt.  In the wake of the 2008 crash and the toxic stocks fiasco, Islamic finance has been seen as an alternative to conventional banking, which, according to the report, is prone to impulsive and compulsive reactionary practices.

What is essentially Islamic about an Islamic economy, is the focus on care for the community. It is a system by which the creation of wealth is also the creation of responsibility for others.

Remember the story of the Prophet Muhammad (saws) running out to give his last dime, so to speak to the needy? Hence, within the Islamic economic system, there are unique features such as partnership in profit and loss, a focus on trade and exchange, in which shariah compliance is mandated. This means, investment in things such as non-halal products, gambling, and interest to name just a few, are not allowed.

There is also can lead to the development of waqfs, which are charitable organisations which fulfilll a need within society; from providing education to helping couples to get married. The purpose here is to use wealth to benefit society in as many ways as possible. This is a huge difference for the winner take all capitalism that led to global financial meltdown.

This however is still a fantasy, but not a reality.

Can capitalism and the Islamic economy meet on sort of middle ground?

I wish it could. Capitalism is the opposite spectrum of Islamic economy.

It is based on a gathering of capital and using it to produce wealth without regard of the overall benefit of society. As Adam Smith said: “By doing his own good works, the capitalist can benefit the poor by the residual trickle down effects of this wealth creation.” This is a very loose paraphrasing. But, then there is Marx’s version. The rich exploiting workers for the benefit of those who own capital. Think Zara and the Bangladeshi workers who died in Rana Plaza.

First of all, there needs to be a critical mass of Islamic economy experts, government leaders, and innovative minds, before a well developed Islamic economy can form, without the current gang of economists, advisors, and entrepreneurs have ties to the IMF, the World Bank, and the UN. This is the first task, but whenever someone tries to break away from the economic order, the consequences can be fatal.

It’s A Niche Market Not Mainstream

Also, the current version of Islamic economy cannot function outside of globalised capitalism. At the moment, the Islamic economy is more like a niche within the financial spectrum. It’s like the place where you go to if you need some Muslim stuff-like a hijab from Macy’s go to to your Muslim friend’s wedding, or halal burgers.

Perhaps from capitalist perspective, these social enterprises may not be profitable, but the social benefit that they could provide would be beyond monetary measure.

One area, that was seen as a multi-billion-dollar money maker within the Islamic economy has been for the past years, is that of fashion. This too, seem to come with other social benefits, such as empowering women, breaking cycles of poverty, and fair trade.  These lofty goals have yet to be met across the board, especially since we are in the fin de siècle of the Modest fashion trend, Allah knows best what the future holds.

The Hijab Economy and Casino Capitalism

We are nearly at the end of the hijabi fashion industry, aka, fake sharia compliant economy, yes I said it and predict it. Perhaps the biggest sign of this is modest fashion influencers taking their hijab off and the evolution of ‘modest fashion’ itself. Perhaps some bloggers are even beginning to see the signs and jumping ship before it sinks. Then, there are the other plethora of hijab influencers who are lost in cyberspace somewhere doing who knows what.

Like the new importance of having a hijabi on big brands, the sad truth is while the Muslim pound/dollar value is in the hundreds of billions, like in the capitalist model, very little of it is helping Muslims in any real, substantive sense.

The first wake-up call should have been when Amenakin lost her L’Oréal contract for some outdated tweets, but Muslims still slumbered. This was supposed to be our moment of empowerment.

What is empowerment if it can be taken away with just one tweet?

This was the defining moment for Muslims to say, look L’oreal and all of their subsidiaries, which includes the Body Shop, we will take our cash and put it into our own Muslim own brands. That would have had a real positive effect on the  Am I critical? Well, I have to be.

Back in 2014 when photographer Langston Hues came out with his series of video, entitled Modest Street Fashion, I was worried. I saw it as what Sadd Edin Ibrahim called electronic unveiling.  The bait was the when the first Arab Miss America was crowned in 2011. Rym Ghazal in The National wrote, “Finally, they see us as beautiful,”. And while the winner was not a hijabi, it did put a lot of focus on Muslim women and their desire to be seen by the world as beautiful.

Which refers to the Saudi bloggers who began to reveal episodes of their world via social media. There is an amazing commentary on this by the comedienne, Noon al Niswa, who has a hilarious take on the turn hijab as taken within the hijabinista phenomena. In the opening, Barbie dons a scarf thrown on top of her head, and Fullah admonishes her, saying, hijab and full makeup is wrong. Barbie flips it on Fullah and tells her you have to have hijab with style. Next, Fullah is in skinny jeans and a turban. “Hijabi Jennati” hijabi heaven.

But let’s not judge, this is just a smokescreen.

Modest Street Fashion tapped into this desire of Muslim women to be seen as beautiful and turned it into a money making business that would profit companies Primark and H&M more than the Muslim owned fashion design industry. The end result; this multi-billion dollar, industry has made perhaps a few hundred thousand for the women it supposedly aimed to empower, Muslimahs.

For Us By Us

Generation M, also known as Millennial Muslims, have yet to have their FUBU- for us by us moment. Shocking, I know. Just as so many representations of Muslims have made it to the mainstream, that it feels as if we have made it. However, we have a long way to go. When it comes to halal makeup that you can just walk into a Primark or a Target and pick up how many are there? Hmmm, can’t think of any can you? This is what FUBU means on a grand scale, but for other brands is just everyday sales.

There is one very famous Muslim hijab company, and they are posting videos of their spacious, big city, office and one thing that I noticed, was there was only one hijabi working there. In a climate riddled with Islamophobia, it would seem an effort would be made to employ more women who wear hijab, since it is often difficult to find employment wearing one in the non-Muslim sector.

I remember my days as a hijabi English language instructor, the students were shocked to see a “Muslimah” standing in front of them. One even told me, I feel sorry for you. Imagine if this institute has been run by Muslims who supported hijab wearing teachers. Where they might not just be the one oddball, but maybe two or three Muslims.

The creation of the modest fashion apart from the banking sector, has played a huge part of the focus of the global Islamic economy has not an organic phenomeno. In fact, it a highly organized scheme to take Muslim women out of their burkhas and into bikinis. The reason has more to do with dollars than Islamophobia. Just look at the hit song, “Girl Like You,” which I learned about that the Global Islamic Economy Summit in Dubai, last fall, which has hit 1.9 billion views on YouTube. It has at least two Muslims in it and I am sure this played into its phenomenal success.

From Hawala to Direct Deposit

The fact is that some of those same institutions of the ‘too big to fail’ are now dipping and dabbing in businesses that were once strictly categorized as part of the world of Islamic finance, with “Islamic businesses” taking investment from institutions that onces trashed the world economy.

So the question arises, who does Islamic finance benefit?  The capitalists.

The reality is, that although there are some financial institutions and business are using shariah compliant instruments. However, the sad reality is, according to a report by Ernest and Young, the Islamic banking sector in the Muslim world amounts only to 12% of the overall worldwide banking sector in 2016.

At the end of the day, if the ethics based economy that is supposed be ingrained in shariah backed finance and business, there has to be perhaps a parallel economy, in a Muslim parallel universe, because at the moment, while there are some Islamic banks and institutions who are doing their jobs well, there is a lot of work to still be done, for Muslim, by Muslims, without outside interference.

Maryam Ismail is an American journalist who for over a decade has been covering issues concerning life in the Middle East and the Muslim world. She has written for the National.ae in Abu Dhabi, United Arab Emirates, Khaleej Times, and other publications.

How India Is Hurtling Towards a Genocide Against Muslims