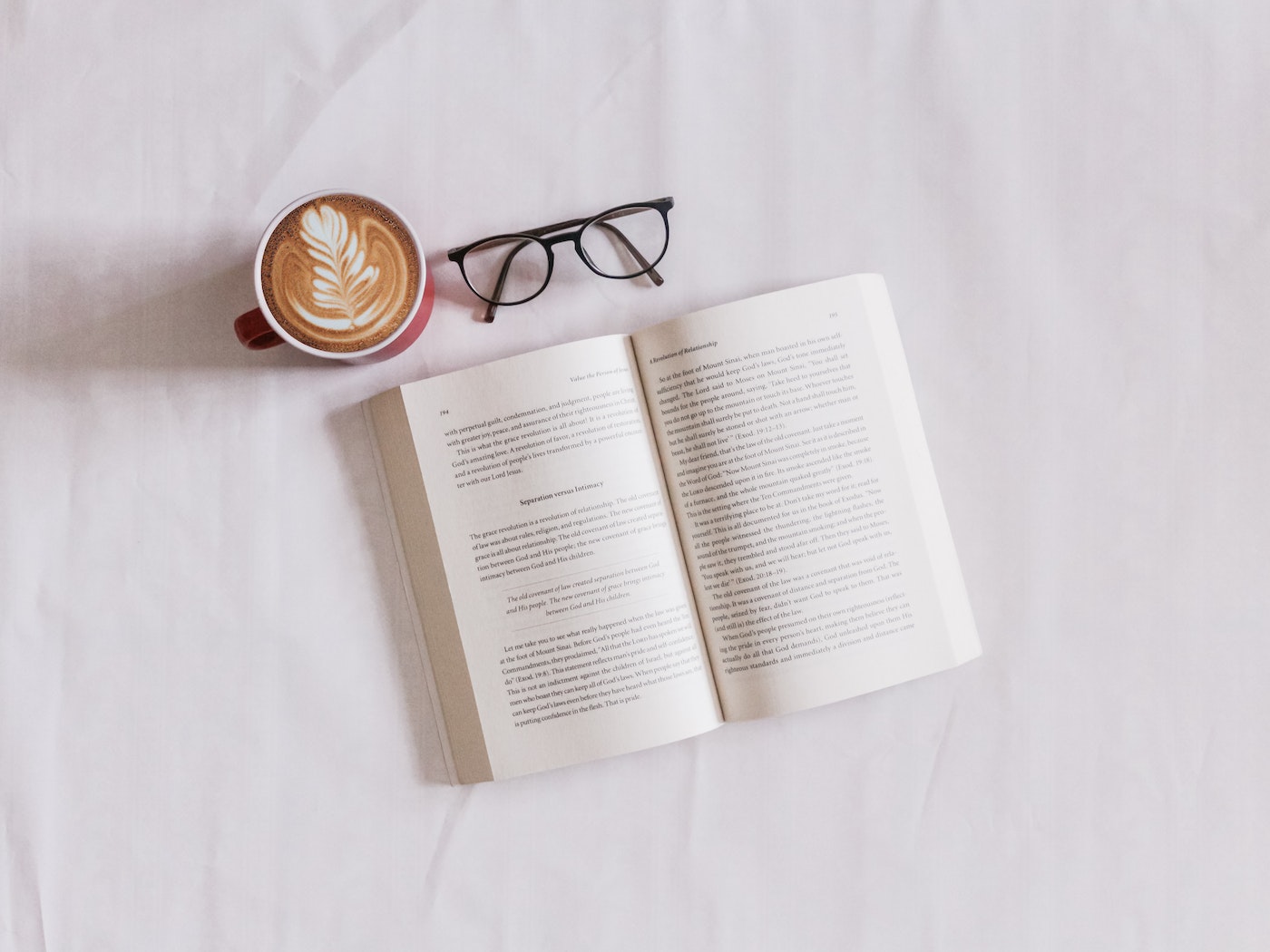 The benefits of reading are well known by most of us; it can increase our understanding of the world, open up new horizons, reduce stress, slow the progress of (and possibly even prevent) Alzheimer’s and dementia, it improves memory and expands vocabulary, as well as improving our critical thinking and analytical skills. More recently, some research has even suggested readers live longer. As Muslims the very word “Read!” marked the beginning of Divine revelation. And yet, for many of us finding the time and motivation to get into reading can feel impossible. One way of doing so is to get your reading mojo back on as a group effort with friends by setting up a book club and this needn’t be an arduous task. Here’s a 10-step guide to setting up your own book club.

Float the ideas with one person or a small group of people who you are confident would at least give you moral support.
We began with just 3 of us. We would just suggest books to each other at the end of the session and clumsily land on one for the next month. But then, we started to grow…

A very obvious one but you need to be able to communicate as a group. Perhaps a WhatsApp group, which works well for a small group. Once we began to outgrow the WhatsApp group we set a Facebook page up where our numbers have grown to over a hundred members.

I picked What Is Islamophobia? Racism, Social Movements and the State up in preparation for a workshop on the intersection of race and gender, looking at Islamophobia and anti-semitism that I’m attending next week, but all I can think of is how apt the timing with the current state of affairs in government *shudders*.⁣ ⁣ Look out in stories for snippets, as always.⁣ ⁣ #whatisislamophobia #narzaninmassoumi #fckboris #plutopress

Figure out your location. Initially, we used to just rotate around our houses. The deal was that whoever hosted was not to be burdened with preparing loads of food and drink but just tea/coffee and some biscuits. The host got to nominate 3-4 books of their choice. However, as the group grew and people outside of our social circle started joining we had to start thinking of other preferably public venues. Nominations are now done by whoever asks to. Whoever nominates the books also nominates where to meet. That can be in their house, the park, at a cafe etc. The person nominating also leads the discussion on the book, which brings us to…

I honestly thought when setting up the book club, that I might have to reign in tangential conversations and recentre them around our book but I have never once had to do that. People have always been so passionate and have always come with such great thoughts and ideas on what we have read (whether or not the book has been liked). However I do try and bring some questions to each session and recommend to whoever is leading the session to do so, even just googling “book club questions for xyz” can give you some great questions, especially for popular fictions.

“God belongs to no one, it is us who belong to God, if He so chooses to have us.”⁣ ⁣ With these words, Professor Asma Barlas began her presentation at @universityofleeds where The Iqbal Centre and The Centre for Religion and Public Life co-hosted her. I had the privilege and joy of interviewing Asma. She was gracious with her time, kind and warm with each of us, but on stage she was quite the force! I mentioned in my interview that her book had been transformative for me when I first read it, and I must say that the second edition with its new chapters have also been instructive in so many ways, particularly her final chapter in which she interrogated the question of feminism vis-a-vis Islam. ⁣ ⁣ For the event to have been timed so fortuitously to coincide with our final Islam and Feminism Critical Reading Group too, was phenomenal. We had our last meet up today and hearing each member speak about what they had taken from the 9 months of meeting and reading was both humbling and inspiring. ⁣ ⁣ To commemorate the moment, I’m going to a giveaway of Asma’s book which I asked her to sign! To enter just tag 3 friends below and name a book that changed your life!⁣ bonus entry if you share in your stories, just be sure to tag me so I see it 👀 ⁣ Open internationally until Friday 12th!⁣ ⁣ Good luck ⁣ ⁣ #islamandfeminism #islamandfeminismcrg #asmabarlas

Our best #BookClubLeedss moment has been, without a doubt, the day that the amazing Susan Abulhawa skyped in from America to join our book club discussion about her debut novel, Mornings in Jenin. Just from the conversations taking place in our WhatsApp group I could tell the group was deeply moved by this book and Palestine is dear to every one of us so I emailed her and asked if she wouldn’t mind emailing me a few words that I could read to the group. She responded saying she’d do one better and Skype into the meeting and talk directly to all of us! Take chances, you don’t know what response you will get!

I don’t read sci-fi nor YA, other members have been adamant they don’t read non-fiction. Guess what, we’ve all read those books now, and guess what else; we’ve all been pleasantly surprised!
What I have insisted each month is that at least one nomination be non-fiction, other than that any genre goes!

“Examining masculinity can seem like a luxury problem, a pastime for a wealthy, well-educated, peaceful society, but I would argue the opposite: the poorer, the more undeveloped, the more uneducated a society is, the more masculinity needs realigning with the modern world, because masculinity is probably holding back that society. All over the globe, crimes are committed, wars are started, women are being held back, and economies are disastrously distorted by men, because of their outdated version of masculinity.” ⁣ ~Grayson Perry, The Descent of Man⁣ ⁣ Masculinity, I’ve been thinking about this a lot, largely thanks to my eldest son and his regular stream of questions regarding masculinity, and more specifically, toxic masculinity; attributes and behaviours attributed to men by society which they internalise, but that have negative outcomes for both them and society at large. So, when I popped into my local library last week and came across Grayson Perry’s The Descent of Man, I snapped it up! I’ve been sharing snippets on my stories and each time I get a lot of reactions from you all! It’s clearly resonating with many!⁣ ⁣ I’m also really excited to have received Boys Will Be Boys by @clementine_ford from @oneworldpublications . Thanks to @asarahcarter for having written such a great review for it!⁣ ⁣ #thedescentofman #graysonperry #boyswillbeboys #clementineford #toxicmasculinity #raisingboys #masculinity

Step 7: Break up the monotony

If there is an important theme a month can take up, go for it and open up nominations to everyone! It means people don’t have to wait forever for their turn and it shakes things up a little. For example, for Black History Month your book can be by a Black author.

If a book we have read is adapted into a movie or theatre production, or if an author we have read is in town, or if a literature festival is on, we will organise a book club outing together.

“Vanessa Wye was fifteen-years-old when she first had sex with her English teacher.⁣ She is now thirty-two and the teacher, Jacob Strane, has just been accused of sexual abuse by another former student of his. Vanessa is horrified by this news, because she is quite certain that the relationship she had with Strane wasn't abuse. It was love. She's sure of that. But now, in 2017, in the midst of allegations against powerful men, she is being asked to redefine the great love story of her life – her great sexual awakening – as rape.⁣ Nuanced, uncomfortable, bold and powerful, and as riveting as it is disturbing, My Dark Vanessa goes straight to the heart of some of the most complex issues our age is grappling with.”⁣ ⁣ I received a copy of My Dark Vanessa by Kate Elizabeth Russell from the wonderful @4thestatebooks and have been itching to get started with it. Although I can’t personally resonate with the storyline, I do remember being a teen and having friends talk about relationships they were in with guys much older. I’ve often wondered if they’ve thought back to those relationships now that we’re adults, and now that society seems somewhat awakened by the #metoo movement. I’m intrigued as to how this book will deal with such a sensitive topic.⁣ ⁣ Tucking into this one tonight. ⁣ ⁣ #mydarkvanessa #kateelizabethrussell #4thestatebooks #palatecleanserbook #bookstagram #metoomovement

Step 9: Figure out who this book club is for

Figure out who you want to include and if your book club has a particular agenda. For me, it was just a way of keeping in contact with the wonderful women I had met at my local mosque’s mother and toddler group when my own babies were too old for it. I knew I wanted to keep it to only women but other than that we’ve evolved as the group’s interests have.

I’m not going to pretend to have had much success on this front but I’ve seen others do this and if you can collaborate with a library or local indie store that’s great because supporting these two is really important wherever possible!

Click the link below to hear Sofia read out her article for the #amaliahanthologyseries over on the Amaliah Podcast. Check out all of our previous episodes there too! You can stream the Amaliah Podcast over on Acast, Spotify, Apple Podcasts and wherever else you get your podcasts!