“You Are a UNICEF Ambassador for Peace, and You’re Encouraging Nuclear War…” 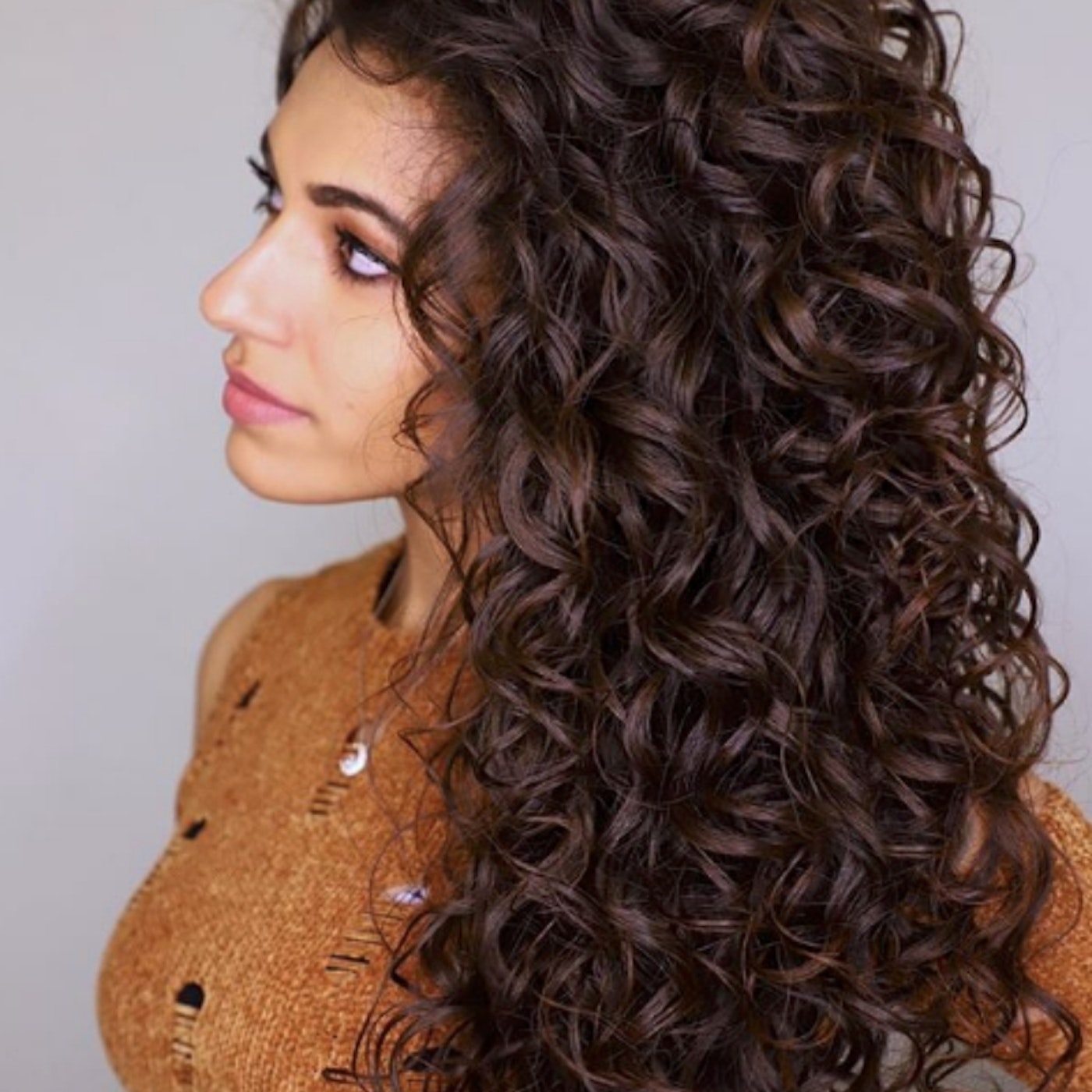 Indian actress and UNICEF Goodwill Ambassador Priyanka Chopra was confronted at BeautyCon for her public support for the Indian army, Chopra tweeted “Jai Hind #IndianArmedForces” on February the 26th. The tweet she sent was made at an extremely sensitive time given the history between India and Pakistan and the recent developments in Kashmir.

Chopra was called out in the tweet for her bias especially given that she is a UN Ambassador. The Indian army is currently being deployed in their thousands to Kashmir.

Can the @UN please take back their ambassadorship from Priyanka Chopra ?
Celebs who fuel wars have no reason to be talking about human rights at any forum.
Someone who ‘apparently’ works for children’s rights, needs to be schooled about the impact of war on children?#SayNoToWar

Ayesha Malik, who has 122k followers on Instagram, regularly posting hair and beauty posts, attended Beauty Con this year and was seen to call out Priyanka Chopra on her tweet. Malik, an activist who works in Alaska with her brothers and father at the local dealership, was given a mic and proceeded to call out Chopra. Malik was silenced, with the mic being taken off her and her comment dismissed by Chopra as ‘venting’.

Priyanka Chopra tweeted during a time when we were this 👌🏽 close to sending nukes to one another. Instead of advocating for peace she tweeted in support of the Indian army pic.twitter.com/LhbMkOW59v

In a recent interview with online platform Gal-Dem, Malik shared her feelings about seeing the tweet which subsequently encouraged her to question and call Chopra out,

“It was a pretty scary day because my family in Pakistan were messaging us in Alaska saying, ‘Hey, we’re getting food and water. We’re trying to find shelter running for the hills. We fear bombs outside.’ India was about to attack. And I’m terrified. I don’t think I’m ever gonna see my family again. Because 99% of my family  live in Pakistan. And what was running through my mind at the moment was that we are what’s left of our lineage.”

Hi, I’m the girl that “yelled” at Priyanka Chopra.

It was hard listening to her say, “we should be neighbors and love each other” — swing that advice over to your PM.

Both India and Pakistan were in danger. And instead she tweeted out in favor for nuclear war.

Many on Twitter accused Chopra of missing the mark and failing to take the opportunity to highlight what was happening.

This was such a good opportunity for @priyankachopra to really open the dialogue and accept feedback. I’m really disappointed with her dismissive response. WOC are silenced enough-but to silence each other is just wrong. @Spishaa don’t let anyone silence you! 💜

I am an Indian and I support the concern you raised with @priyankachopra
The way she replied to you was clear how being at an entitled position you can change the narrative so quick.

#PriyankaChopra completely mishandled the BeautyCon situation. Had she asked for the mic to be given back to the girl asking the question, let her fully state her position and then rationally respond, Priyanka would be trending for different reasons.

I think we should collectively reply to Priyanka Chopra’s tweets with ‘are you done venting?’

Women are always pitted against each other. We should stick together and support each other blah blah blah…

-Are you done venting?
-Girl, don’t yell
-You are embarrassing yourself. #PriyankaChopra #Hypocrisy pic.twitter.com/4VbOJ6k9Ni

It’d be one thing if Priyanka Chopra was an anomaly, but what’s scarier is she’s among many. https://t.co/biPn6HGMIf

Also, imagine responding with “I have Pakistani friends” after being asked about supporting war between the two nuclear powers. pic.twitter.com/bLk8005dK6

priyanka chopra be like: war crimes are ok but raising your voice in anger about those war crimes is not pic.twitter.com/OUcRtTkJom

Petitions have also been started to remove Chopra as goodwill ambassador. 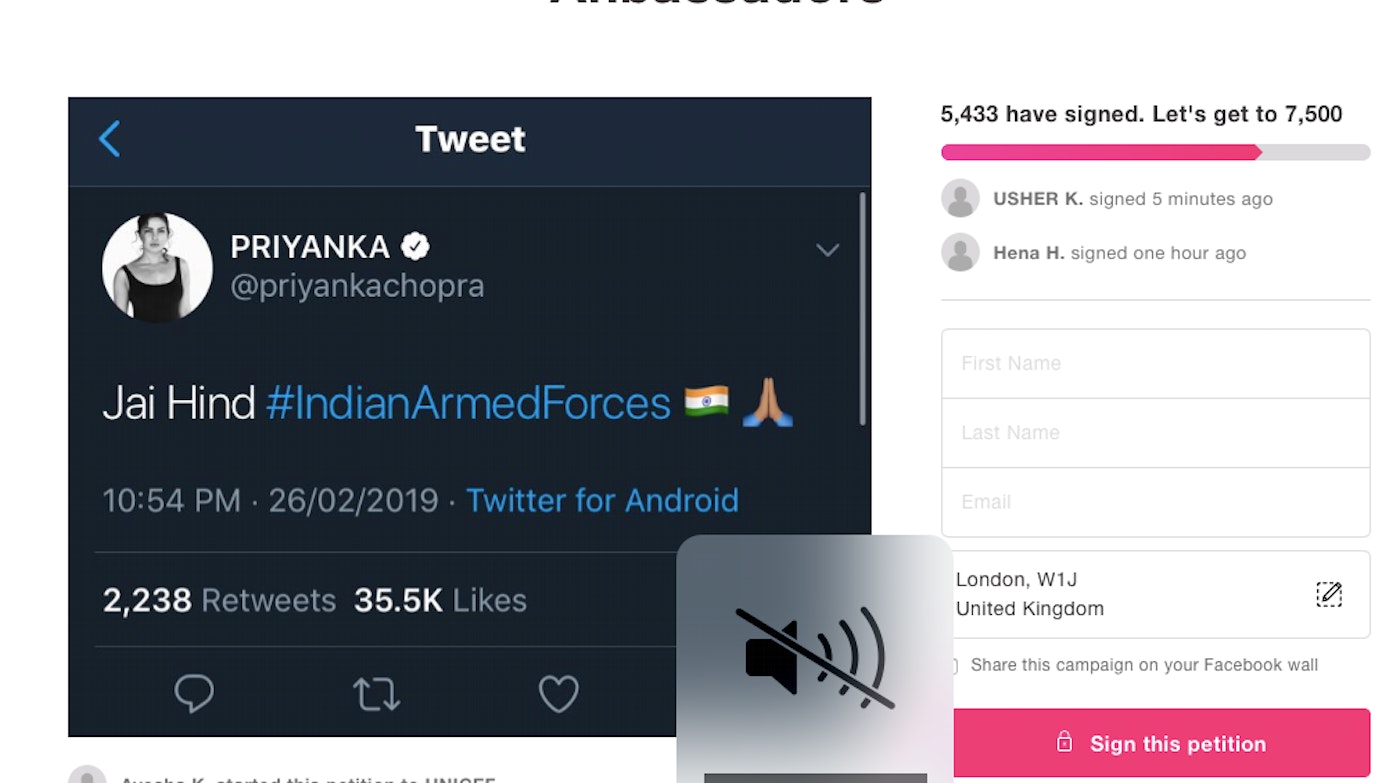